This victim of an aggravated burglary in Crosby has spoken out about the impact on her family - The Guide Liverpool
Contact Us Advertise with The Guide Our Video Services Follow us:

Today the victim of an aggravated burglary in Crosby has spoken out about the impact on her family.

On Wednesday 2 December 2020 at around 5.30pm, four men wearing masks entered the home of a woman in her 60s. They gained entry by ringing the doorbell claiming to be delivering a parcel and ran in when she opened the door, knocking her over.

The men then threatened her with a knife and a hockey stick. 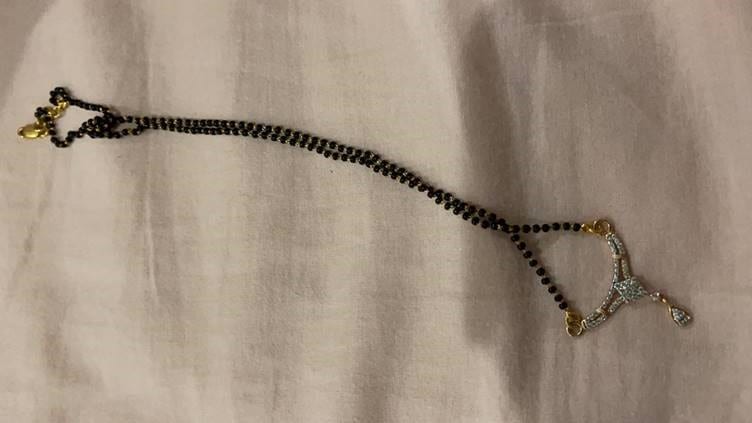 This necklace with gold pendant was taken

The men took two safes from the property, one which weighed 40 – 50kgs and are believed to have left the scene in a blue car.

The safes contained a quantity of jewellery as well as golden Hindu statues of God Ganesha and Goddess Lakshimi.

The woman was left with injuries to her leg following her ordeal and was extremely shaken.

Here, wishing to remain anonymous, she has spoken out about the impact the incident has had on her:

“Since the burglary, my family and I have really struggled to come to terms with what has happened to us. 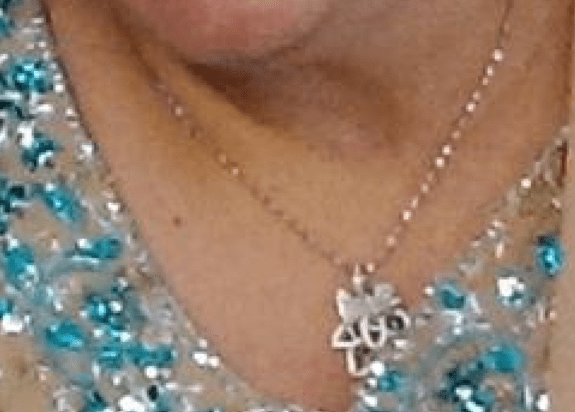 “They’ve also taken statues of the God Ganesha and Goddess Lakshimi which are really important to our Hindu faith. They are symbolic of good fortune and positivity in the home and so by taking these statues the thieves have taken away our symbols of hope.

“It’s taken us a while to get together pictures of what was stolen from us because some of the pieces of jewellery haven’t been worn for a while so we have needed to go through our old photo albums to find everything. 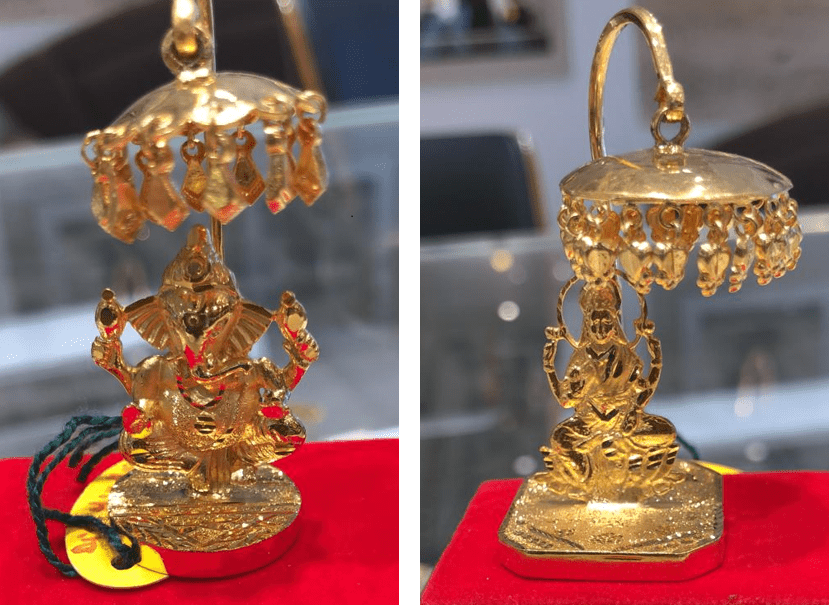 “Now that these pictures have been released I’d ask anyone who may know anything about the burglary to please come forward to try and help my family and I regain what we have lost.”

“This was a disgraceful crime which has had a lasting impact on the victim.

“Many of the items stolen are family heirlooms with a great deal of sentimental value. We are releasing images of some of these very distinctive items and would ask anyone who has seen any of the items, or may have been offered them for sale or as a gift, to contact us.

“Although some time has passed since the incident, as the victim has needed time to gather images of all the items stolen, we would urge anyone who has seen the items or has any information to let us know.

“To be a victim of burglary can have a profound effect on the lives of victims, from the shock and unease felt by having somebody invade your home, the inconvenience of losing property, through to the often severe long-term psychological impacts.

“Since the launch of Operation Castle in 2018, we have seen offenders sentenced to a total of more than 300 years in prison and seen burglary offences decrease year on year.

“Merseyside Police is committed to finding the people responsible for committing crimes such as this and would urge anyone with information to come forward.”