This year's I'm A Celeb lineup could be the best one yet - The Guide Liverpool
Contact Us Advertise with The Guide Our Video Services Follow us: 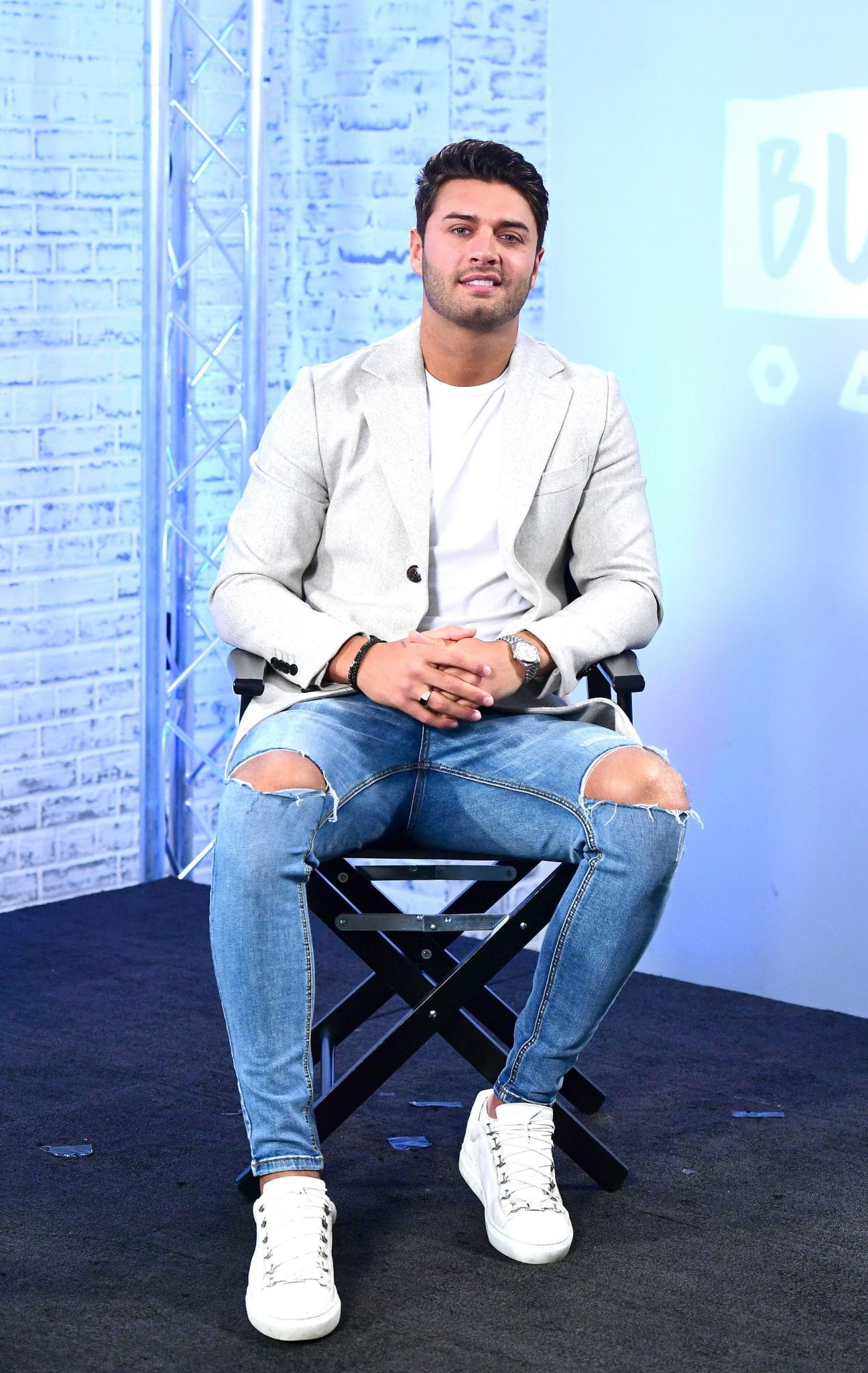 Finally a celeb reality TV lineup from which we know all of the contestants with the likes of Harry Redknapp, John Barrowman and Nick Knowles all on this year’s I’m A Celeb.

Football manager, Harry Redknapp who’s 71, is among the 10 stars confirmed for the ITV series, which will this year be hosted by Declan Donnelly and Holly Willoughby. 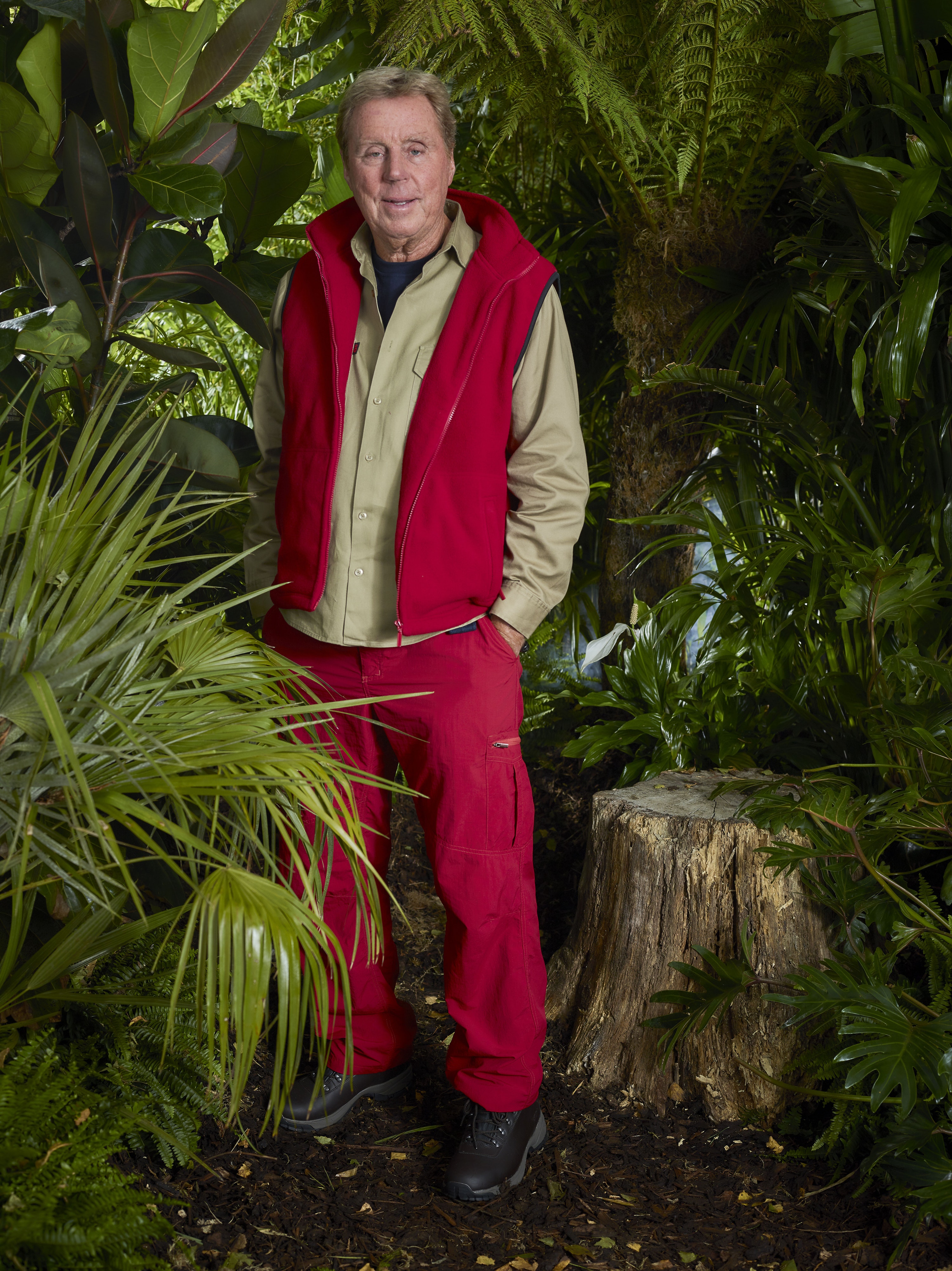 Former Tottenham Hotspur and West Ham manager Redknapp thinks the jungle will be far easier than being the boss of a losing football team – although he admits he has never actually watched the programme.

“You haven’t got many friends when it’s not going well as a football manager. So no, I don’t think doing this will be tougher,” said the 71-year-old.

Redknapp said he will not mind missing meals but will struggle to be without his wife.

He said: “That’s the biggest problem I have got. We do everything together. I have been with Sandra for 54 years and I hate being away from her.” 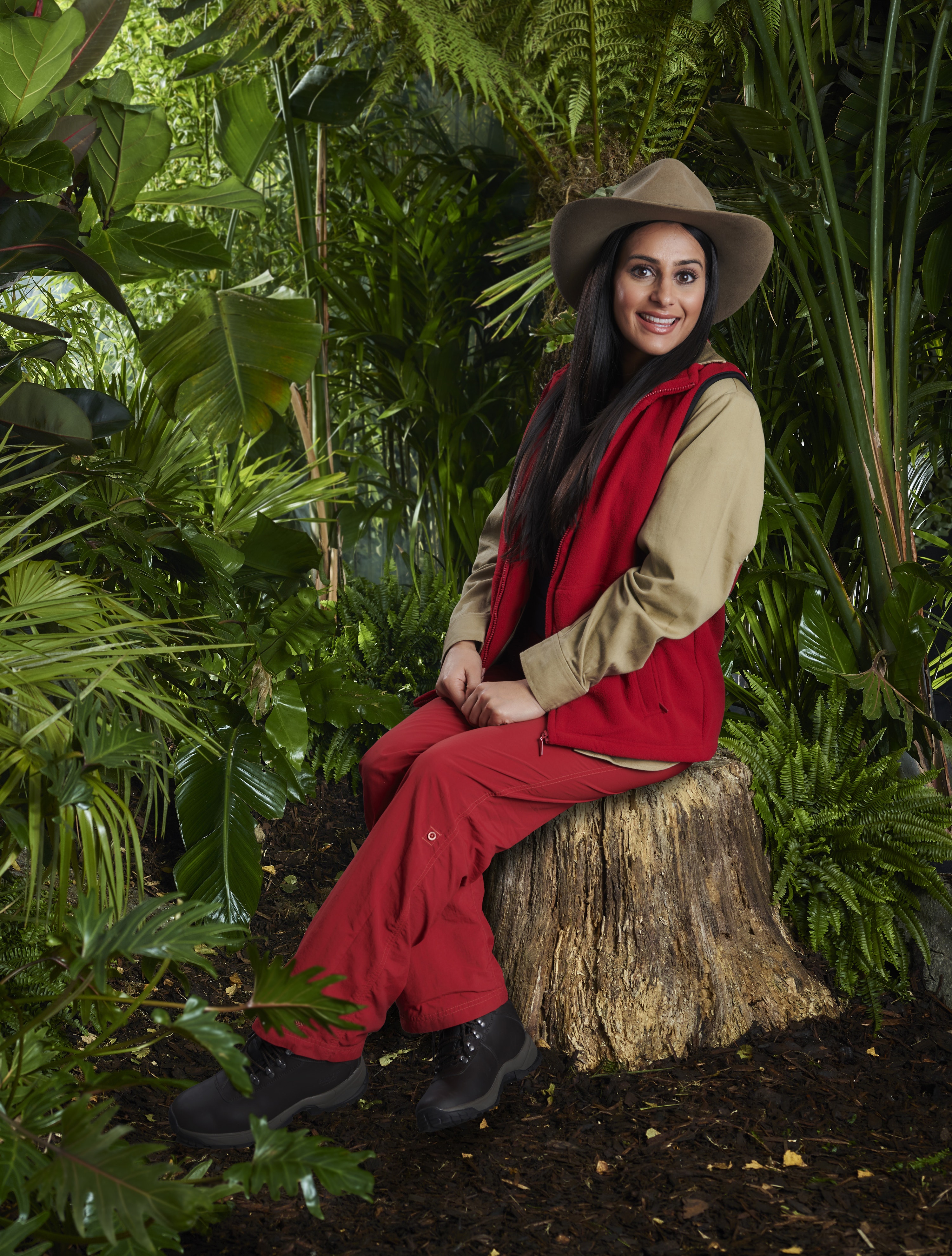 The actress has played Coronation Street’s Alya Nazir for nearly five years and said it would be strange just being herself in the camp.

“The weirdest thing for me is going in as myself,” said the 30-year-old, who is in a relationship.

“My character is so different to me. She is serious, stern and she can be uptight.

“I am the opposite. I am such a goof, I am always laughing, being cheeky and I don’t take myself too seriously. I guess people haven’t seen me and I want them to like me.” 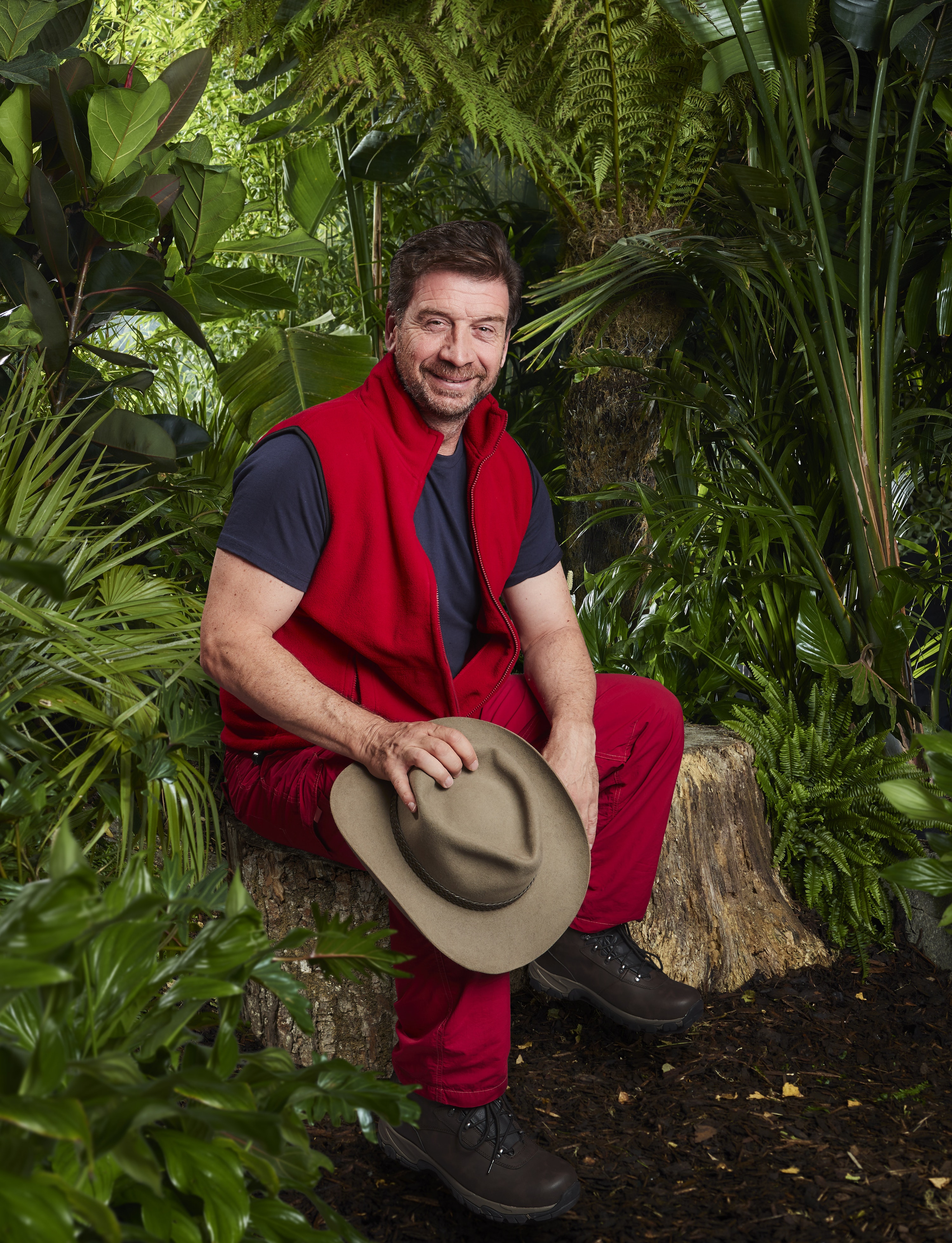 The DIY SOS presenter believes he will fare well on the programme, as he does not have any phobias and says he is up to the physical challenges of camp life.

Knowles, 56, is single but has ruled out finding love in the jungle.

“I don’t think a romance that starts in the cauldron of an experience like that is going to last outside, so I am not (looking for romance),” he said.

East is a singer who found fame when she was runner-up on The X Factor in 2014.

The 31-year-old, who has a long-term partner, said she is looking forward to showing people who she is when she is not performing.

However, she confessed to being terrified of the challenges she might face.

“Any trial you face there you haven’t faced in real life. I can’t imagine what it will be like. ” 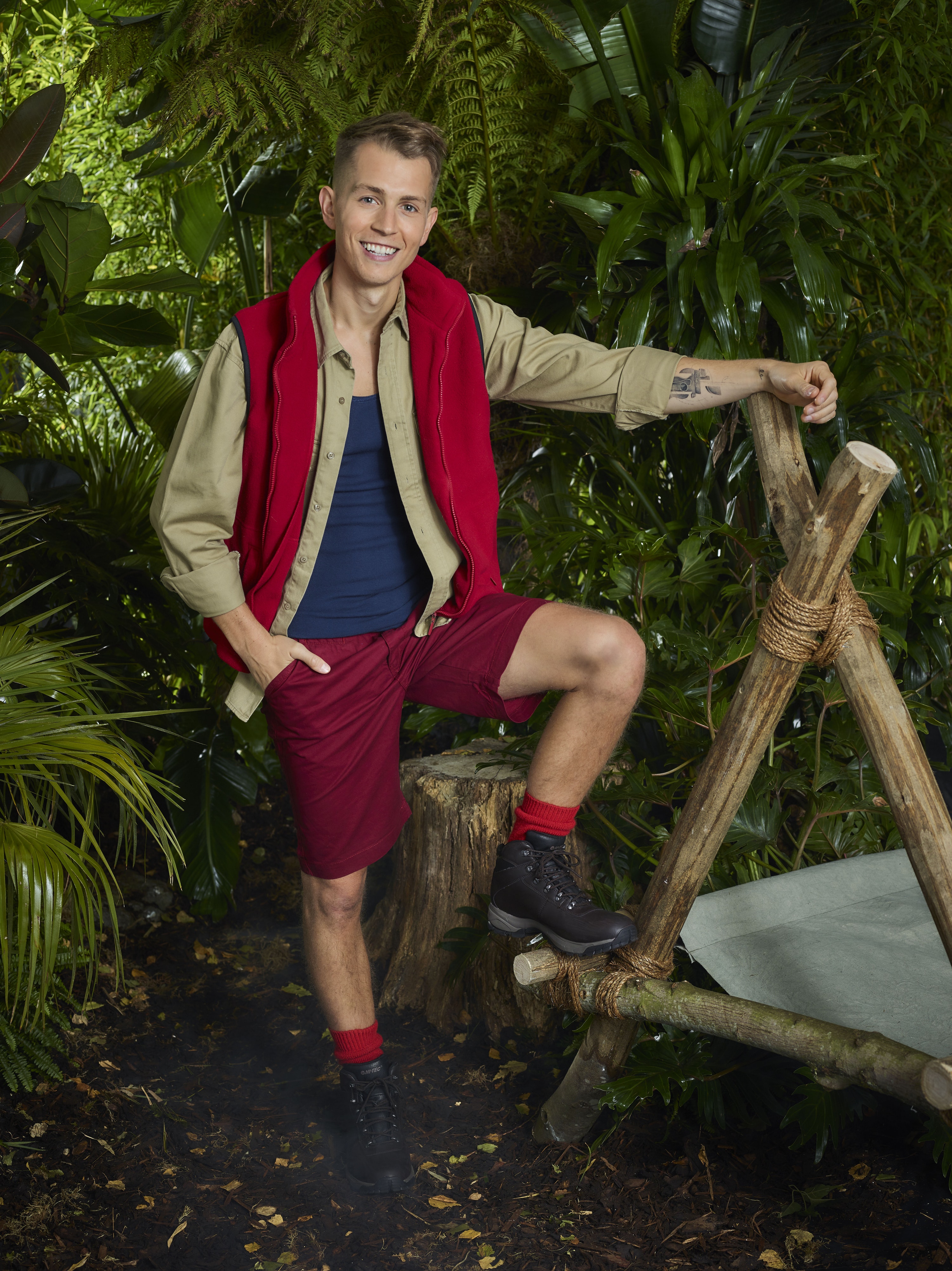 McVey is a member of The Vamps, who have had success with songs such as Can We Dance and Last Night.

The 25-year-old, who has a girlfriend, is not too worried about the creepy crawlies but thinks the boredom will be his biggest struggle.

McVey said he is excited about doing something outside of his “comfort zone”.

“I am so much more nervous about this than I would be going on stage to perform a gig,” he said. 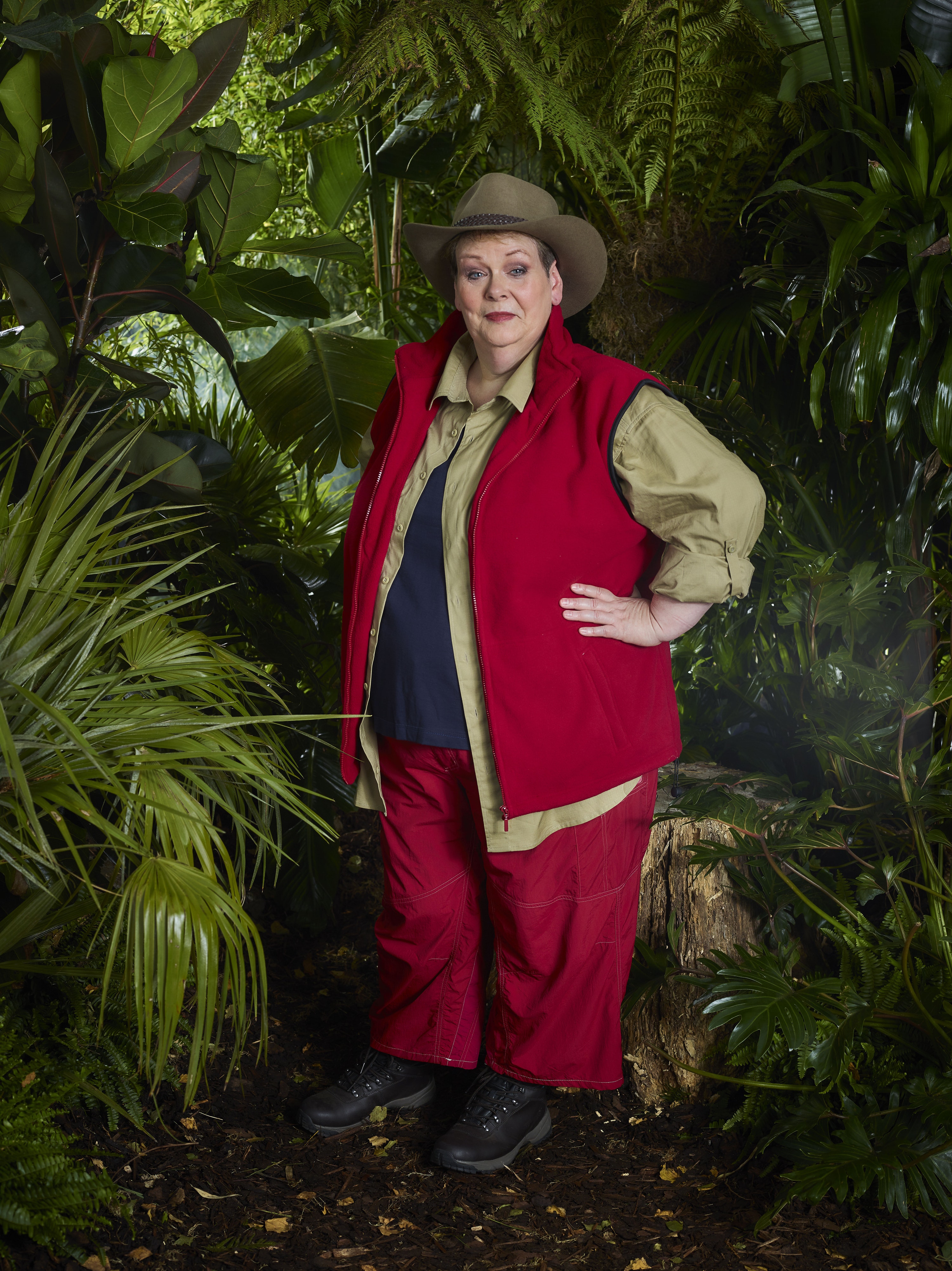 Hegerty, 60, stars as the stern Governess in ITV’s teatime quiz show The Chase.

The single star has Asperger’s but does not want her fellow celebrities to feel sorry for her.

Talking about how she would fare in the jungle, she said: “I do respond well to structure. I think it will be quite structured in there. I will understand, ‘at this time I have to fetch wood and water’, doing that will make sense.

“But being surrounded by people I can’t get away from, or those who talk all the time, can be a source of stress.” 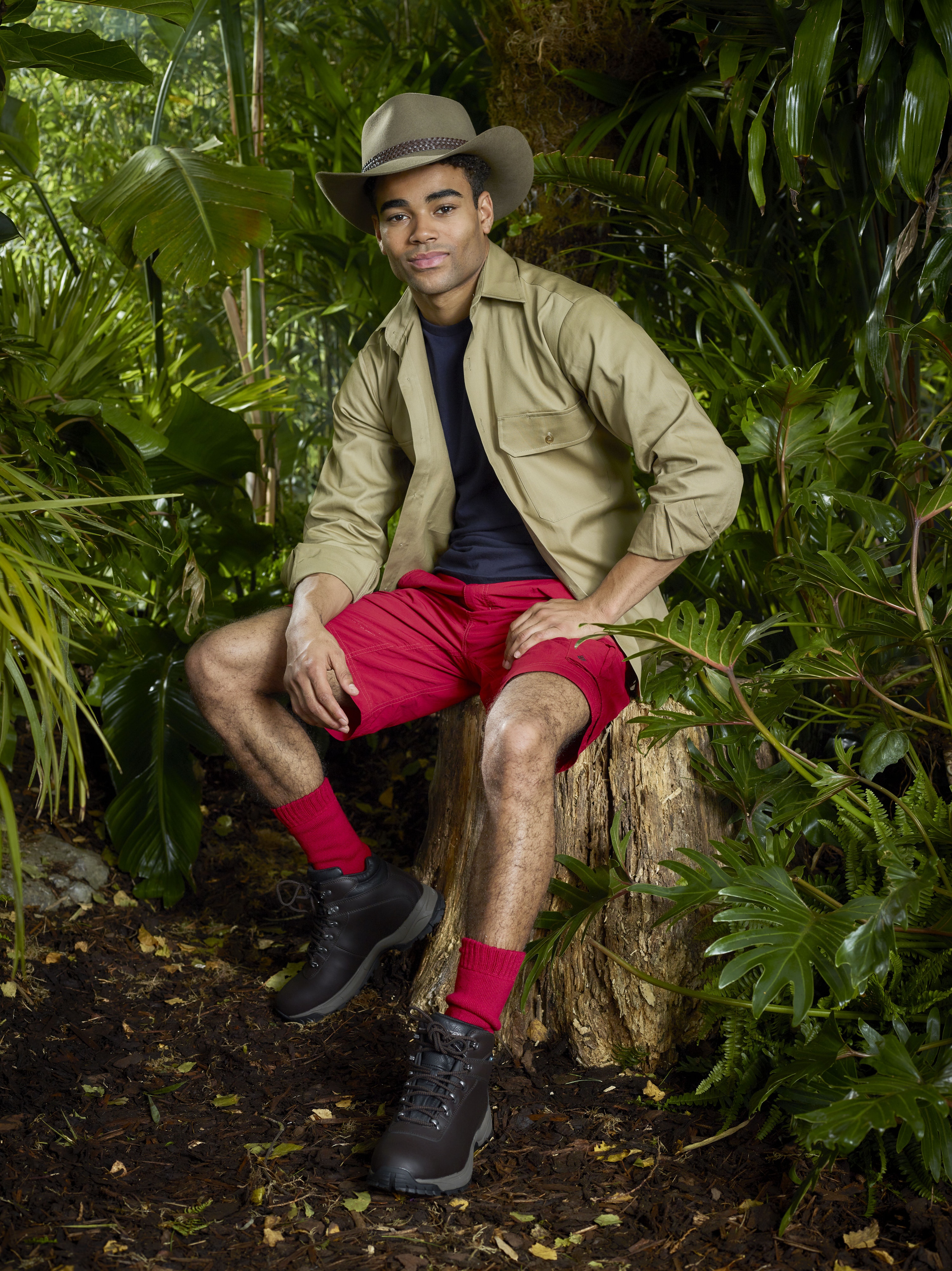 The actor has been playing Prince McQueen on Hollyoaks for the last two years and this year won a prize at the British Soap Awards.

The single star, 20, is claustrophobic, so may find some of the tasks a little tough.

And he is also concerned about the eating challenges.

He said: “Everyone has phobias and I am terrified of some of the things on the programme. For me eating testicles is going to be the worse.

“I am quite picky with my food so that’s going to be hard.” 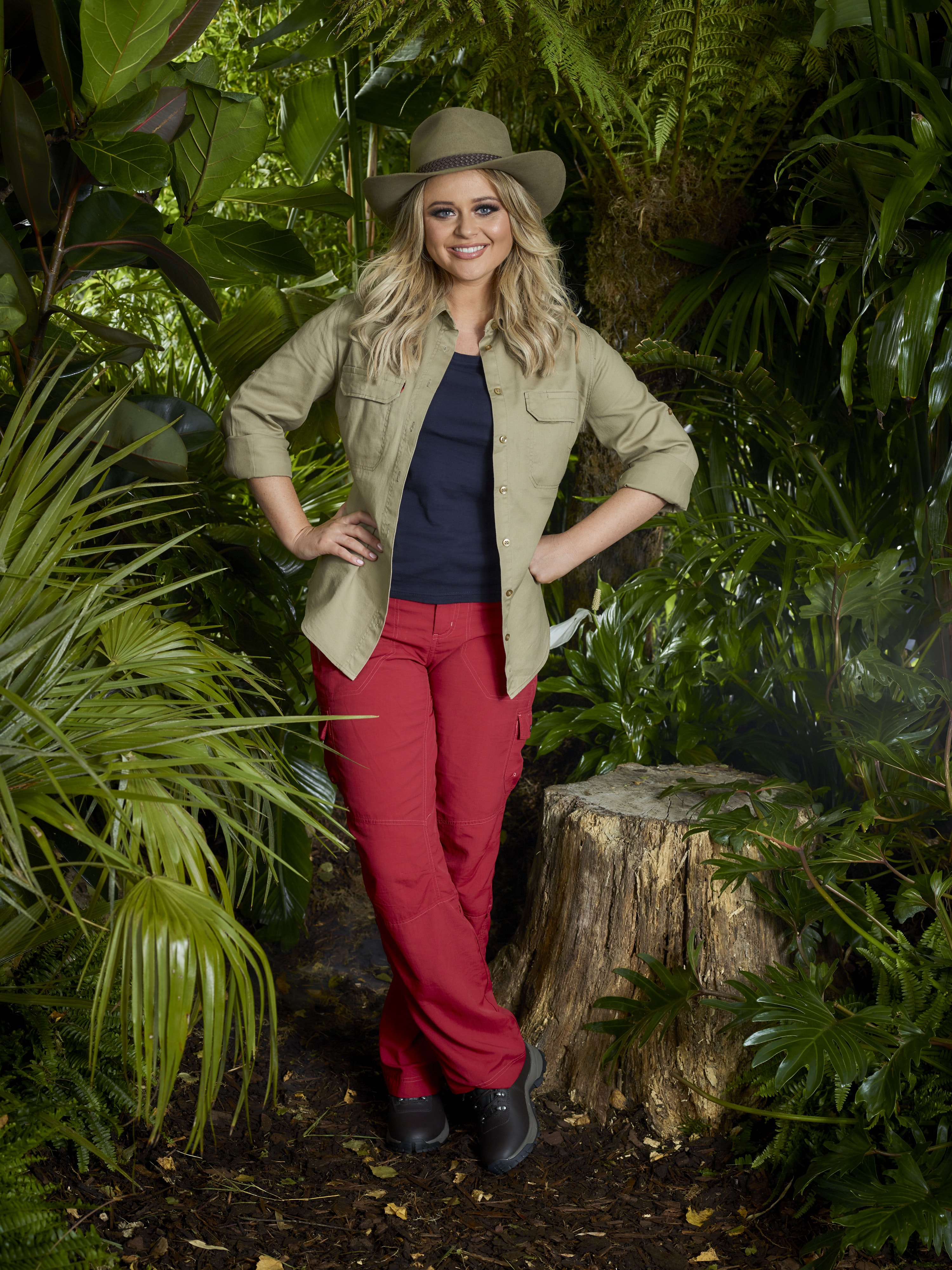 The actress, 28, is best known for her roles in The Inbetweeners and Dad’s Army, and has also tackled Dancing On Ice.

This single star says she has not ruled out a romance in the jungle.

Atack also hinted she will keep things interesting, saying she is “at an age where I want to flip things on the head and do something mad and exciting”. 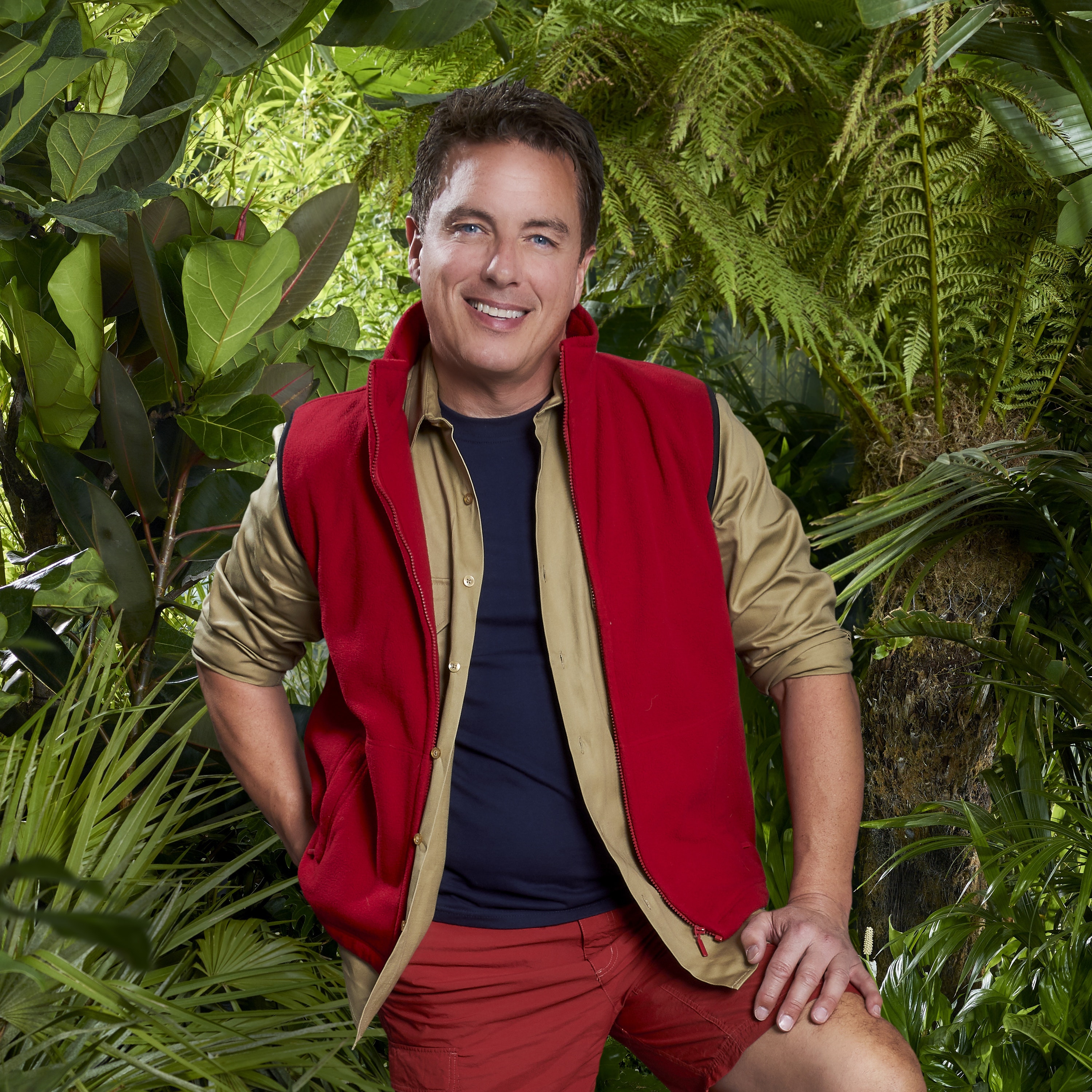 Torchwood and Doctor Who actor Barrowman thinks his fans will “freak out” when they discover he is in the jungle.

He said he wants to dispel the idea that he is high maintenance, adding: “I don’t give a shit about things like what my hair will look like.”

The entertainer, who married his husband in 2013, said losing weight would be a bonus of being on the programme.

“I am quite happy to lose my love handles around my waist,” said the 51-year-old. 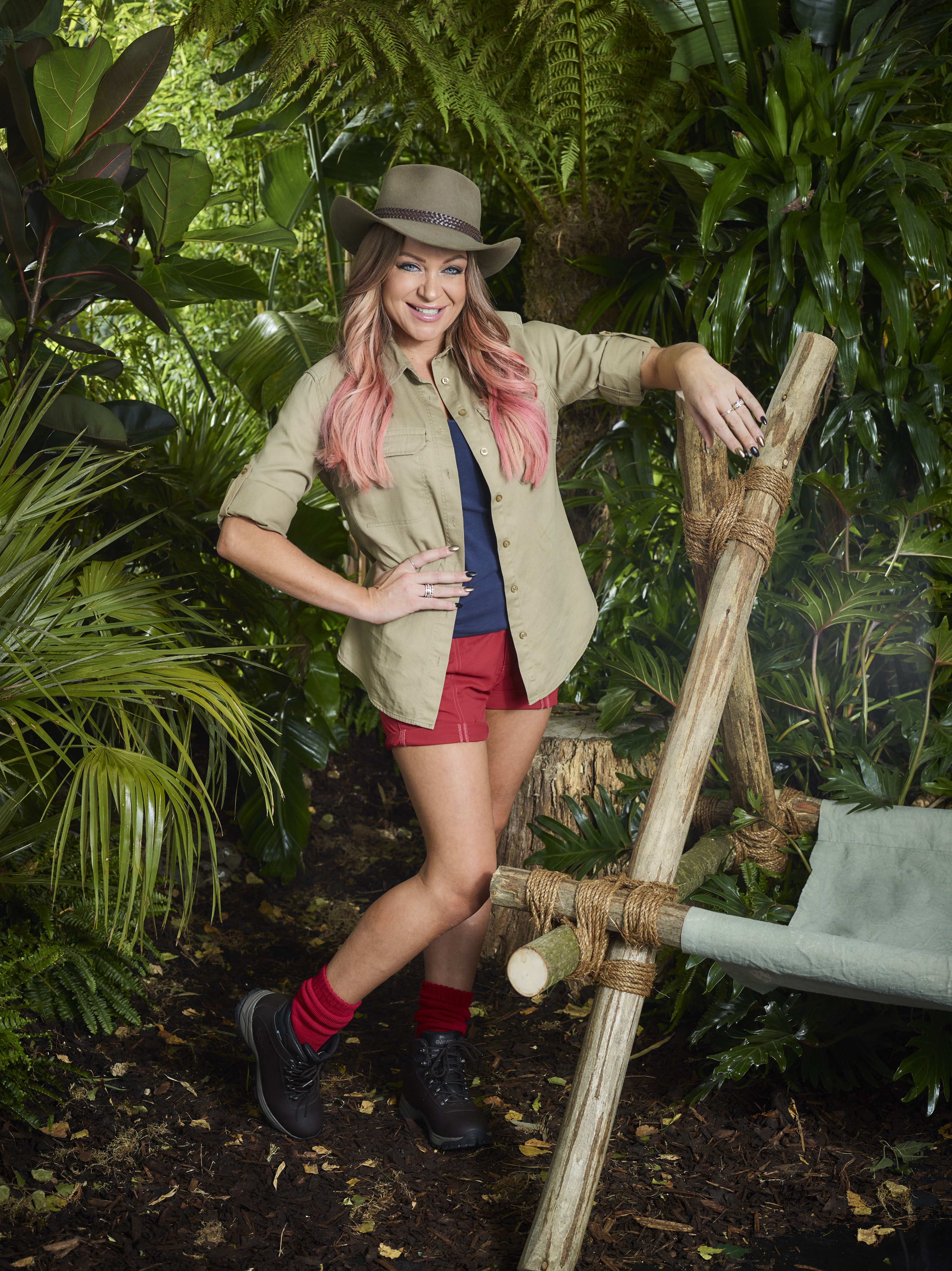 Simons is best known for starring as Roxy Mitchell in EastEnders for 10 years, until the character was killed off in 2017.

The married actress, whose uncle is Lord Sugar, said she thinks she may struggle with boredom while she is in the jungle and is also worried about sleep because she can “burst into tears for no reason” if she has not had enough.

However, it seems Simons, 41, may actually be disturbing other people’s slumber.

“I do have really horrendous snoring, it’s not fun for other people,” she confessed.

Now in its 18th series, the programme will see long-term presenter Ant McPartlin absent for the first time.

He and his presenting partner Donnelly have hosted the show since it began in 2002, but he is taking a break from his TV jobs following his arrest for drink-driving earlier this year.

I’m A Celebrity… Get Me Out Of Here! starts on Sunday November 18 on ITV.