Tickets are now on sale for these 2019 stand up comedy shows in Liverpool - The Guide Liverpool
Contact Us Advertise with The Guide Our Video Services Follow us: 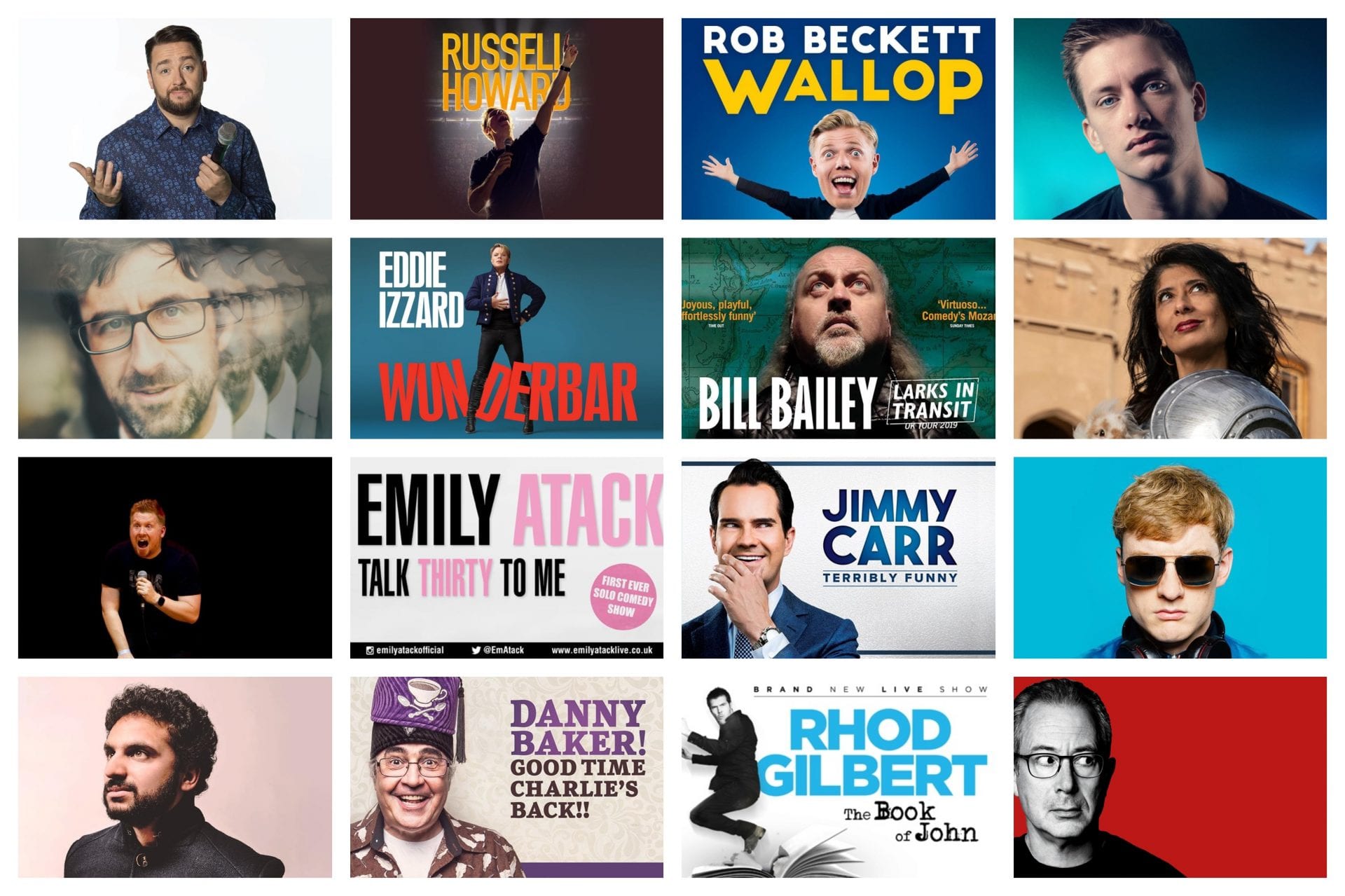 It’s going to be an amazing year for stand up comedy in Liverpool.

If you love a good giggle we’ve got some of the country’s best stand up comedians playing loads of Liverpool venues in 2019. It’s a year for come-back tours as Eddie Izzard, Rhod Gilbert and the godfather of stand up, Ben Elton all return to the solo stage, while new faces such as James Acaster and Nish Kumar take on the scouse crowds for the first time.

The comedian turned politician turned comedian, Eddie Izzard brings his Wunderbra tour to Liverpool Empire on 7th November. After a 5 year break he’s back with an all-new show which expands on his own very unique, totally surreal view of life, love, history and his ‘theory of the universe’. Tickets here.

“The last time I toured I was still smarter than my phone, things have definitely taken a funny turn.” 30 years since the Godfather of modern stand up first made his mark, Ben Elton is back on 15th October at the Philharmonic, to try and make sense of the crazy world we live in,. Tickets here.

Ed Gamble takes to the Epstein Theatre with his show Blizzard. Following appearances on Mock The Week, The Russell Howard Hour, Comedy Central, The Apprentice You’re Fired and loads more (including a short film where he killed a bloke off The Bill with a spade!?) he’s in Liverpool on 17th February for one night only. Tickets here.

He’s had us in tears laughing on 8 Out of Ten Cats does Countdown and now double Chortle comedy award winner, James Acaster brings his totally unique comic brilliance to the M&S Bank Arena on 30th June. The tour is called Cold Lasagne Hate Myself 1999, we’ll let him explain why. Get your tickets here.

Welsh comedian Rhod Gilbert is back in Liverpool after a 6 year break on the stand up circuit with brand new show The Book of John. Liverpool Empire welcomes the straight talking, no shit-taking funny man on 3rd February to hear all about a bloke he met, called John. Tickets here.

If you like your stand up comedy with a side of breathless ranting, this is the show for you. Comedian Mark Watson plays the Epstein Theatre on 3rd March with his ‘The Infinity Show’ tour. He’s a dad on a mission to understand the world his kids are growing up in and he’s not happy. Tickets are just £22, here.

The one and only Shappi Khorsandi is also at the Epstein Theatre on 28th March and having survived a stint on I’m a Celeb, she’s ready to get back on stage with her usual sharp-tongued gags and cultural observations. Skittish Warrior…..Confessions of a Club Comic takes you through the 90’s comedy scene like never before. Tickets here.

Double Edinburgh Comedy Award Nominee Nish Kumar brings his UK tour ‘It’s In You Nature To Destroy Yourselves’ to the M&S Bank Arena on 3rd March and while it sounds quite serious, this Terminator 2 quote is just the beginning of a decent into an intelligent and hilarious night of comedy. Tickets here.

More: Click here to see the huge gigs coming to Liverpool in 2019. P!NK, That That, Little Mix and more. 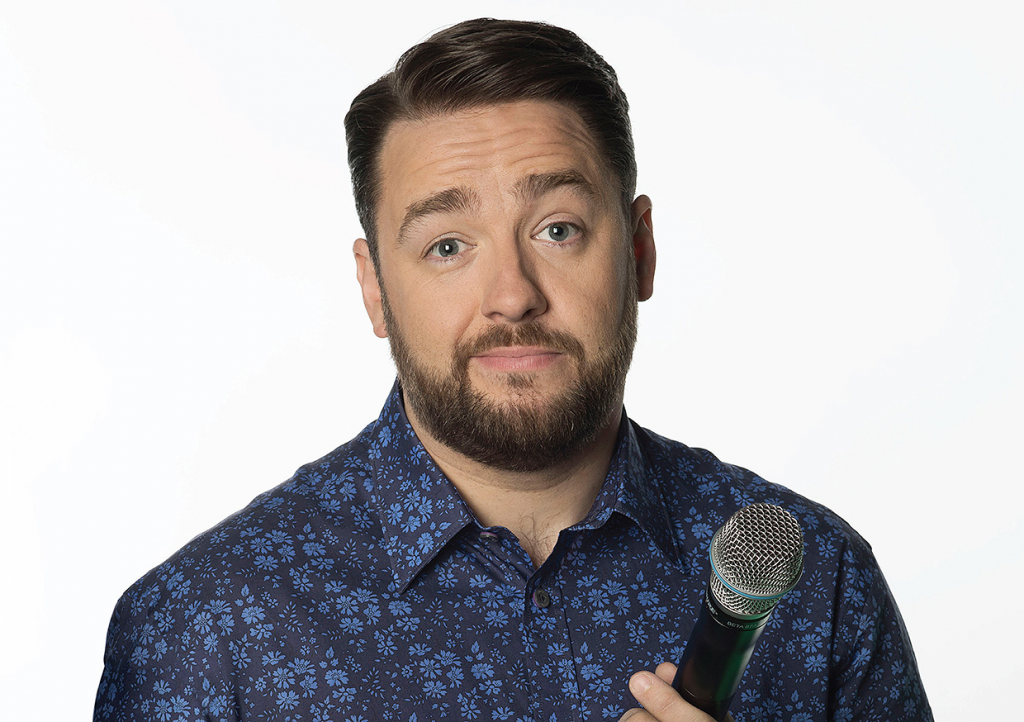 Jason Manford plays the M&S Bank Arena on 6th April and after a stint on tv and bossing it on Absolute Radio, he’s back on stage with his show. ‘Muddle Class’ promises to feature a wealth of new material about Jason growing up ‘working class’ then finding, over the years, that part of him has become ‘middle class’ – causing much confusion! Tickets here.

The brilliant Danny Baker wrote his own insert for his brand new 2019 tour coming to the M&S Bank Arena on3rd June, he said:” These exhibitions will be startling, high kicking, fresh, eruptive and often under three hours long. On this, once again, you have my word. To help me mark the festivities I will joined on some nights by both Bruce Springsteen and Bob Dylan – two of the nicest dogs I have ever owned.” Tickets here.

Liverpool lad Paul Smith is back at the M&S Bank Arena on 9th November with his second tour, Following. 2018 was an incredible year for our fave ginger comedian as he went from circuit act to one of the biggest selling names on the comedy trail. If you’ve never seen ‘I’m defo your dah’ or ‘where’s your fella? Oh he’s in nick’ you’re missing out. He’s coming home! Tickets here.

Fresh from the jungle and now John Barrowman’s BFF, former Inbetweener, Emily Atack makes be debut on the stand up circuit in 2019 and she’s coming to the Epstein Theatre on 17th May. ‘ Talk Thirty To Me’ is a live memoir of anecdotes and impressions about life as a 20 something actress. Tickets here.

OK so this one isn’t actually this year, but tickets are available now. Ha ha haaaaaa, comedian Jimmy Carr is talking all things ‘Terribly Funny’ when he plays the M&S Bank Arena on 27th June 2020. According to Jimmy, having political correctness as a comedy show is like having heath and safety at a rodeo, so it’s safe to say his jokes about actual terrible things are not for the easily offended! Tickets here.

Russell Howard has enjoyed an incredible year, smashing it on tv with Sky One show, The Russell Howard Hour and his Netflix special Recalibrate and now he’s back in Liverpool with new show ‘Respite’ on 5th October. His impressions of the Queen, being a west midlands kid and brutally honest social observations never fail to have us in stitches. Tickets here.

We don’t think Bill Bailey has actually stood still in years and his new 2019 show, Larks in Transit is bursting with hilarious stories from his extensive travels. Taking on politics, philosophy and the pursuit of happiness, Bill flexes his musical skills, talks nursery rhyme realness and re-imagines the stars and stripes, all at the M&S Bank Arena on 25th May. Tickets here.

Scottish comic sensation, Daniel Sloss brings his 10th solo tour, X to the Epstein Theatre with Live Nation on 2nd June. 2019 is going to be another amazing year for 28 year old Daniel as he fast becomes one of the world’s biggest comedy names. The aussies bladdy love him! Tickets here.

The mouth from the south is on his way to the Liverpool Empire to fill you in and make you laugh! Rob Beckett and his immaculate teeth bring stand up show ‘Wallop’ to the city on 10th November and there’s rumours he’s really good at the Scouse accent. Tickets here. 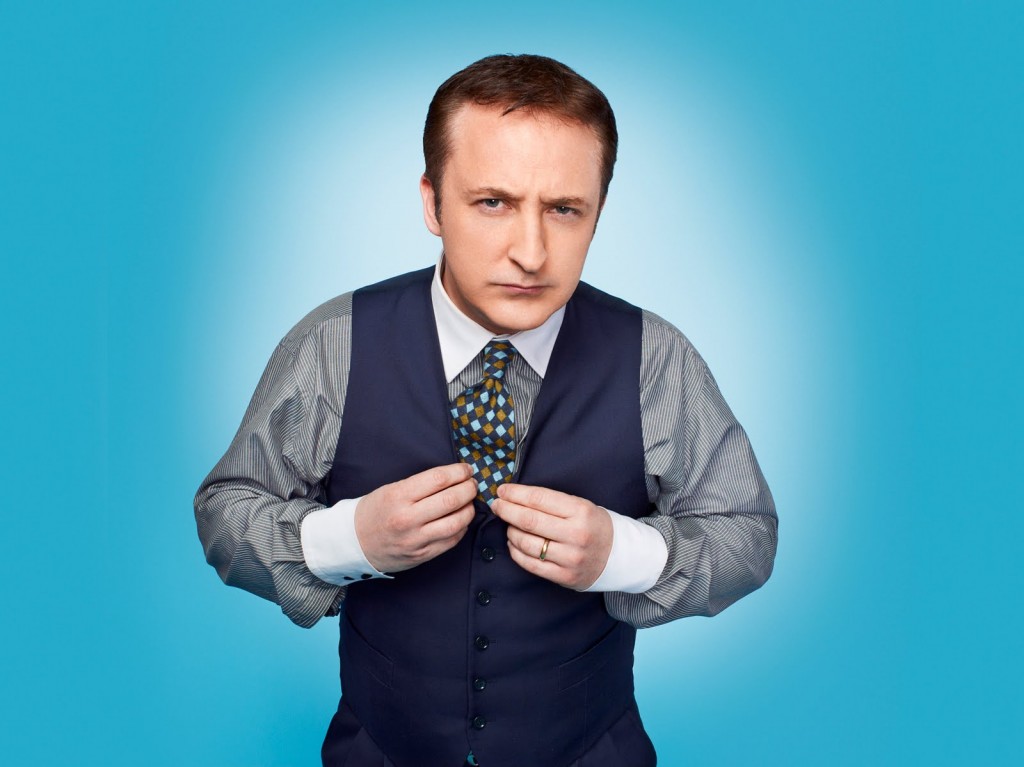 If it’s homegrown comedy you’re after, you can’t go wrong with the hilarious Neil Fitzmaurice and Chris Cairns. Both perform live at our very own Laughterhouse Comedy Club with dates throughout the year. Chris also compares loads of local acts and new faces on the circuit and he takes absolutely no shit! Click here for tickets.

Who’s your favourite stand up comedian and why? Have you already got your tickets, are you a die-hard fan? Get in touch on Twitter, Facebook or Instagram with your stories and we’ll share the best on our socials.