Tickets for the Everyman's Rock n' Roll panto are selling fast - The Guide Liverpool
Contact Us Advertise with The Guide Our Video Services Follow us: 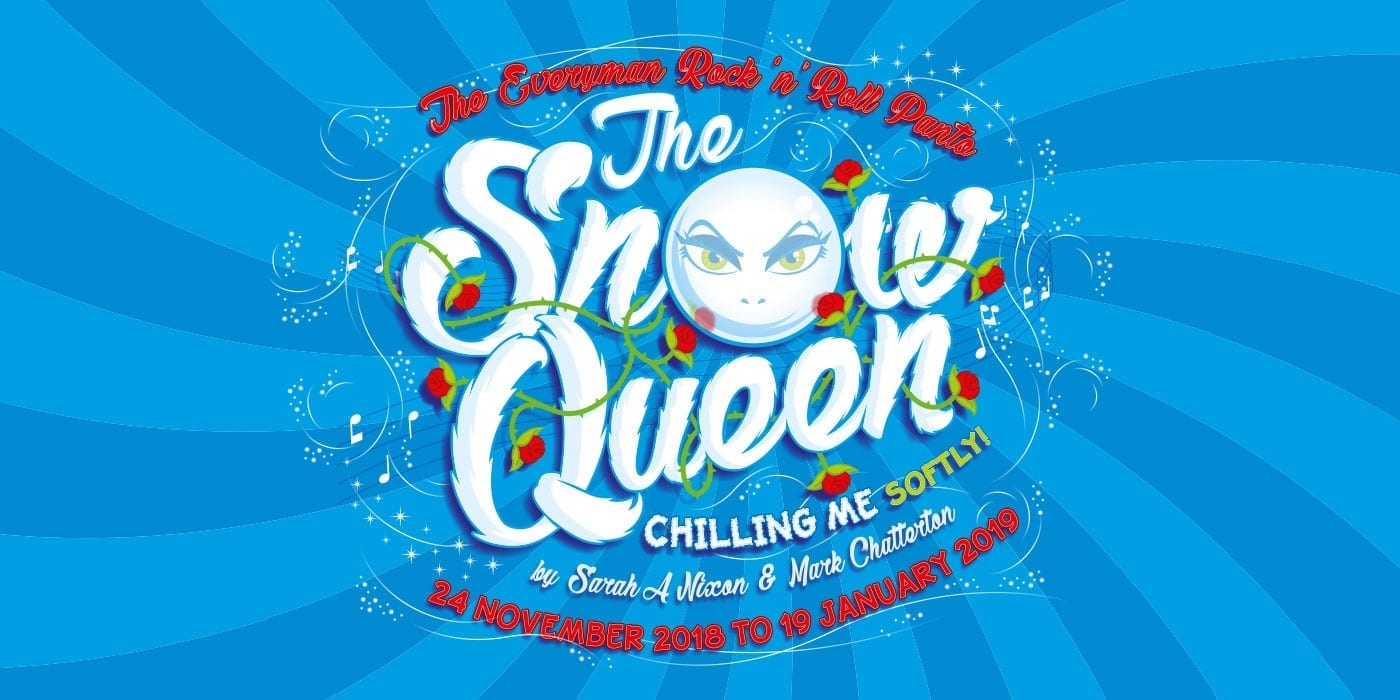 One of Liverpool’s best loved pantomimes might not start until the end of November, but the Everyman theatre is encouraging customers to book for Liverpool’s favourite panto sooner rather than later, as dates between Christmas and New Year are already sold out.

The Everyman’s Rock ‘n’ Roll panto is a festive favourite for families across Merseyside and sales for this year’s panto, The Snow Queen, have been faster than ever!

Written and directed by Sarah A Nixon and Mark Chatterton, with musical direction from Greg Last, audiences will be taken on a thrilling journey, as the evil Snow Queen battles our have-a-go-heroes and heroines battle in an attempt to reclaim the Stargate Stone and control the land forever.

Featuring a cast of multi-talented actor musicians, the rock ‘n’ roll panto is a pantomime unlike any other, with singing, dancing, live music, entertainment and of course – water pistols… this year’s panto is snow joke!

Panto legends Adam Keast and Francis Tucker return to the Everyman once again perform as The Snow Queens masters of mischief. Tucker plays the role of panto dame Beau Peep with Keast as the hilarious Tony Cornetto.

Returning from the 2017 production of The Little Mermaid and providing choreography for The Snow Queen is Lucy Thatcher. Lucy brings her vitriolic villainy in the role of Viletta, followed loyally by servant Egor, performed by Lloyd Gorman – who played Shere Khan in the touring production of The Jungle Book at the Playhouse in February.

Also returning from 2017 is Jamie Noar. Last year’s Prince Charming, Jamie plays the role of the handsome Malakai as he attempts to woo the beautiful Laputa, played by Everyman panto first-timer Nikita Johal.

Tickets are selling fast for this year’s panto, with many of the busy dates in the run-up, and during the Christmas week close to selling out.

Sarah Ogle, director of communications and sales at the Everyman & Playhouse, said:

“We’re really excited to be welcoming our lovely panto cast back to the Everyman. There is always a wonderful buzz around the building when panto is in town and we can’t wait to see what surprises The Snow Queen has in store for us and our audiences.

“There’s been a wonderful response to our Rock ‘n’ Roll Panto over the years and this one is no different. Tickets are selling fast… so get your ice skates on!”

Once again an autism friendly/relaxed performance will be available in the programme on Monday 14 January. There will also be a range of other performances for audience members with access needs including British Sign Language, captioned and audio described performances during the run.

Tickets are available on the Everyman website here or by calling the Box Office on 0151 709 9776.

Popular dates already have limited availability, so people are encouraged to buy early to avoid disappointment.