After four gruelling days, Tom Daley has crossed the finish line of his Comic Relief challenge.

The Olympic gold-medallist diver said his Hell Of A Homecoming mission had been the “hardest four days of my life” after completing 290 miles of rowing, swimming, cycling and running from London to his home town of Plymouth in Devon.

During the Red Nose Day challenge, the 27-year-old also braved bitterly cold temperatures, heavy rain and wind to raise funds for the charity. 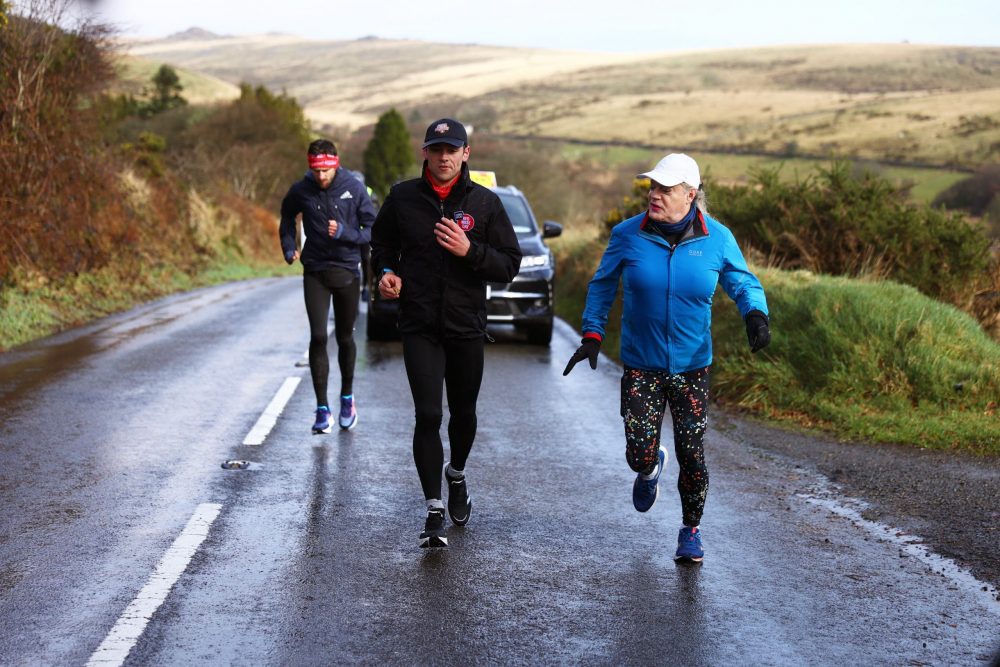 “I can’t believe I’ve made it to Plymouth after all I’ve been through the past few days. It’s been the hardest four days of my life.

“I can’t wait to just crash and not do anything for a very long time. I’m exhausted.

“If you can, please donate what you can to Red Nose Day because it would make a world of difference to so many families all across the country.

“To come home and see all my family here, as well as so many people, is pretty special, so thank you.

“I don’t really know what else to say other than I just need to go and sleep for about six years. Thank you all so much and love you.”

The Olympian embarked on the first leg of his journey at 7am on Monday when he left the Aquatics Centre in Stratford for a six-mile row to Tower Pier, which saw him capsize into the freezing River Thames at one point.

The Aquatics Centre is a place close to Daley’s heart, as it is not only where he won his first Olympic medal in 2012 but also where his father’s ashes are placed at the foot of the diving board.

From the man himself. A very tired @TomDaley1994 who should be so, so proud of himself. And then have the biggest sleep ever.

After completing the rowing section, Daley completed a 60-mile cycle from London’s Tower Bridge to the Redgrave Pinsent Rowing Lake in Reading.

He was then thrown into the deep end on the second day with a 1,600-metre open water swim in the lake, as well as clocking up around 60 more miles on the bike.

For the third day, he braved the heavy rain and wind to tackle the longest stage of his journey, which saw him cycle for 130 miles over 12 hours and climbing more than 3,000ft from Southampton to Bovey Castle in Dartmoor National Park.

On the final day, Daley took on an ultramarathon run of 30 miles from Bovey Castle, where he got married to film director Dustin Black five years ago.

Tom Daley was cheered on by hundreds of supporters, family and friends as he crossed the finish line in Plymouth.

Stand-up comedian Eddie Izzard joined him for part of the run for moral support as he knows the mental and physical strains of such a challenge having completed 27 marathons in 27 days across South Africa for Comic Relief in 2017. 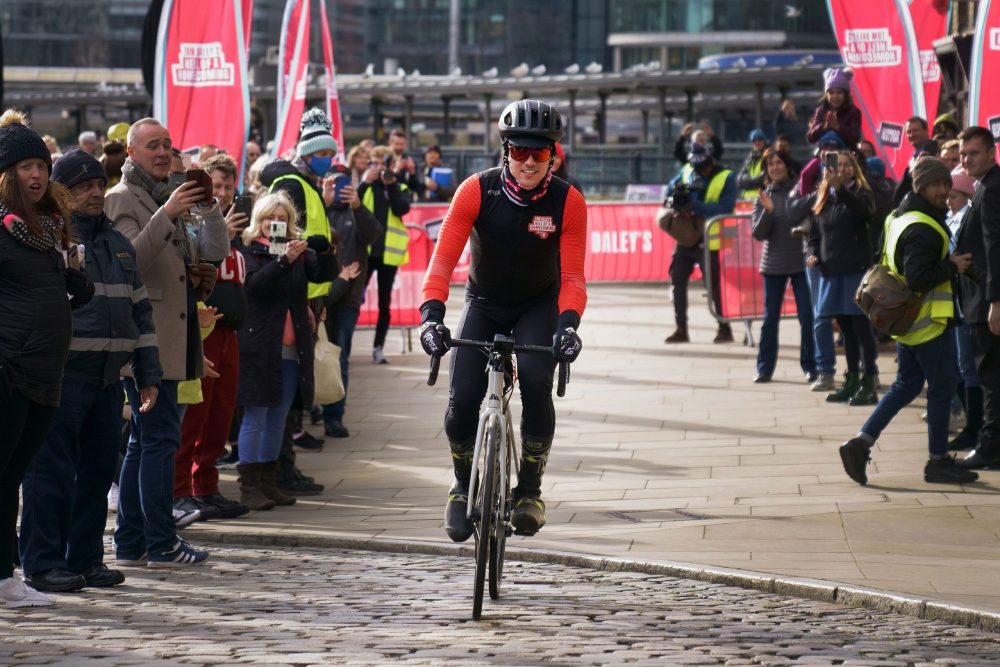 Communities rallied together to welcome the Olympian through their towns and cities as he passed through, with people lining the streets with banners and posters of good luck messages.

Daley’s journey and all the action has been filmed for a special one-hour documentary which is due to air on BBC One and iPlayer in March.