To celebrate the 50th anniversary of one of the most influential poetry anthologies of all time, A LOT is going on around Liverpool.

The Mersey Sound by Liverpool poets Adrian Henri, Roger McGough and Brian Patten was first published in May 1967 and is one of the world’s bestselling poetry anthologies.

To mark this special anniversary, Tonight At Noon (named after the first Adrian Henri poem in the collection) will shine a spotlight on this incredible piece of work which captured the mood of the Sixties and brought poetry down from the shelf to the street. 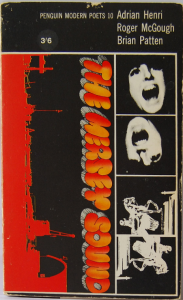 Forming a key part of Liverpool’s 67-17: 50 Summers of Love celebrations, Tonight At Noon is a festival in itself running from Wednesday 12 April to Saturday 15 July, and the events are:

The Mersey Sound Archives
An exhibition in Hornby Library, Liverpool Central Library – Wednesday 12 April to Saturday 15 July. FREE
A tribute to the publishing phenomenon which saw three Liverpool writers make poetry part of popular culture. They wrote of young love, pop idols, atomic bombs, eccentric bus conductors and sci-fi superheroes in poems that were contemporary, urban and accessible. This exhibition takes place in the stunning surroundings of the Hornby Library and will include displays of original manuscripts, posters, letters, key documents along with audio and visual material which trace the emergence of Adrian, Roger and Brian on the 1960s poetry scene.

Adrian Henri – Painter, Poet, Performer
An exhibition in Dickens and Gladstone Galleries, St George’s Hall – Wednesday 12 April to Saturday 15 July. FREE
Although he came to prominence as a poet in 1967, Adrian Henri was regarded as a ‘total artist’ having trained as a painter and exhibiting widely throughout his career. He also fronted the unlikely poetry-and-rock band Liverpool Scene, leading John Peel to dub him “one of the great non-singers of our time”. In 1969 the band supported Led Zeppelin, played the Isle of Wight Festival and toured America. This exhibition will showcase 1960s artworks, poems and original rock posters offering a glimpse into to Henri’s multi-faceted talents. 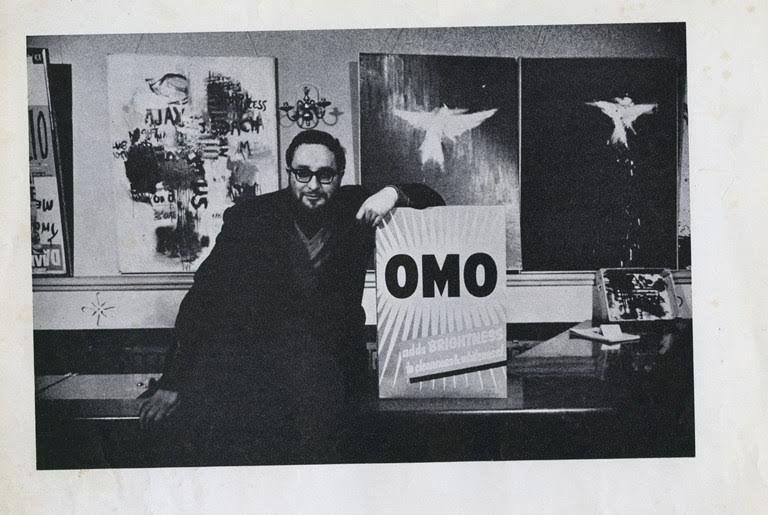 Poetry in the City
An anniversary treat at various locations, Thursday 25 May. FREE
To mark the exact day on which The Mersey Sound was first published, expect the city to be taken over by the words of the three poets as their work hits the streets once again. Full details will be revealed nearer the time.

Thurston Moore Concert
Concert Room, St George’s Hall – 8.30pm, Tuesday 30 May. £14 a ticket plus booking fee
Thurston Moore is best known for being the co-founder of legendary alternative rock group Sonic Youth. His use of unusual tunings and distorted sounds have had an impact on experimental and post-punk music the world over, and he has been ranked by Rolling Stone as one of the greatest guitarists of all time. Moore has collaborated with writers, musicians and artists as varied as Yoko Ono, William Burroughs, Merce Cunningham and Sean Lennon. He is also a poet and a fan of The Mersey Sound. Thurston is on a world tour to promote his latest album RocknRoll Consciousness, but he will stop off in Liverpool to perform a specially commissioned musical response to The Mersey Sound. Tickets are available from www.ticketquarter.co.uk/Online/thurston-moore.

New Writing
Poetry reading at Bluecoat – 7.30pm, Friday 16 June. £10 a ticket
The impact of The Mersey Sound has resonated for decades for generations of writers and performers. Five poets have been commissioned to create new pieces of work in response to the writing of Henri, McGough and Patten. Taking part are award winning poets Paul Farley, Deryn Rees-Jones, Eleanor Rees, Lizzie Nunnery and Andrew McMillan. They will be joined onstage by Brian Patten and Roger McGough. Tickets are available from: www.thebluecoat.org.uk/content/tickets

Adrian’s partner, Catherine Marcangeli has curated all the Tonight At Noon events which have been commissioned by Liverpool City Council.

Roger McGough said: “1967 was also the year in which the Scaffold had their first Top Twenty hit, and I could be heard singing:
“Thank U very much for the Mersey Sound

“Half a dozen for a pound

“But the verse never caught on.” 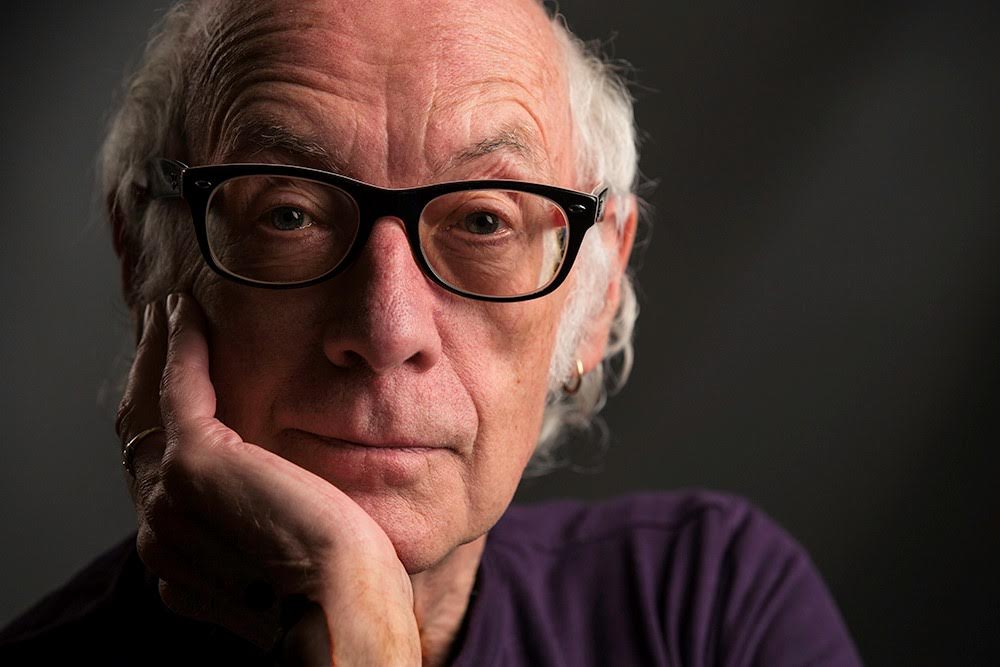 Brian Patten said: “We didn’t have an agenda. It just seemed pretty obvious that if people were turning up to the readings it was important to present our work the best we could and to make it accessible. 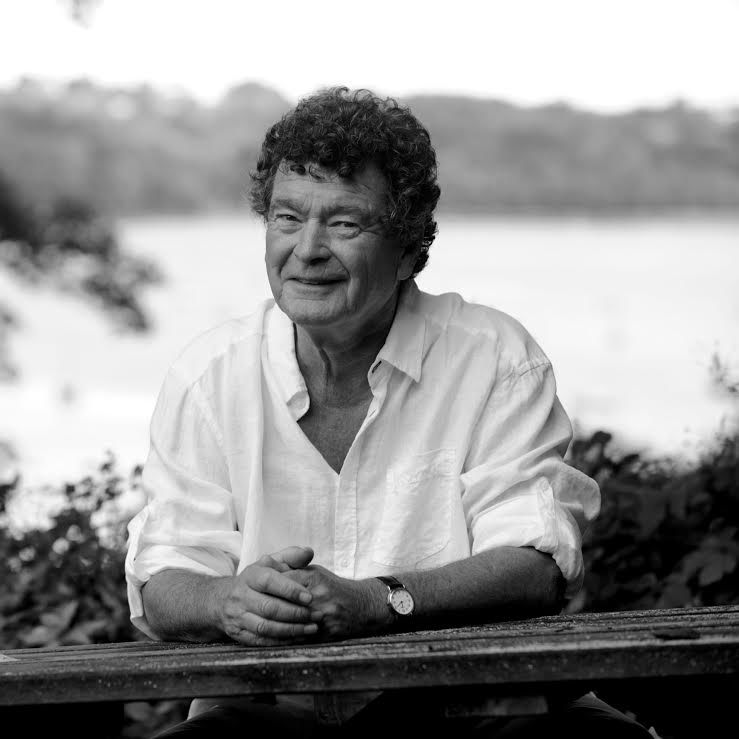 Catherine Marcangeli said: “Adrian Henri, Roger McGough and Brian Patten changed a generation’s perception of what poetry could be, and could be about. Their poems were accessible and anchored in contemporary urban culture – Pop and popular, irreverent, humorous, political, tender, surrealistic. They shaped the poetry, music and art scenes of 1960s Britain, and their work has had a lasting impact on artists as varied as Paul Weller, Carol Ann Duffy and John Cooper Clarke.

“The Mersey Sound 50th anniversary celebrations aren’t about nostalgia though – from April to July, a programme of readings, concerts and exhibitions will revisit the Liverpool Poets’ work and introduce it to new audiences.”

Thurston Moore said: “I’m deliriously honoured to be part of the Fiftieth Anniversary of Mersey Sound celebrations. Those beat Liverpool Poets were in tune with England’s youth generation back then and their fab work continues to reverberate around the globe.”

Assistant Mayor and Cabinet Member for culture, tourism and events, Councillor Wendy Simon, said: “The impact and influence of The Mersey Sound is far reaching and it was important not to let the 50th anniversary of this seminal anthology pass without celebration.

“Catherine has curated an exciting series of events which will not only showcase the work and lives of the three poets, but will also give us a sense of the influence their creativity had on other artists.

“Tonight At Noon is undoubtedly going to appeal to existing fans of the anthology, but we hope it will also help a whole new audience, old and young, discover this amazing piece of work and enjoy for themselves the outstanding talent of three Liverpool-born writers.”

The Tonight At Noon programme has been funded by Arts Council England.