#TrendingLiverpool - Whats been happening? 27th June. - The Guide Liverpool
Contact Us Advertise with The Guide Our Video Services Follow us: 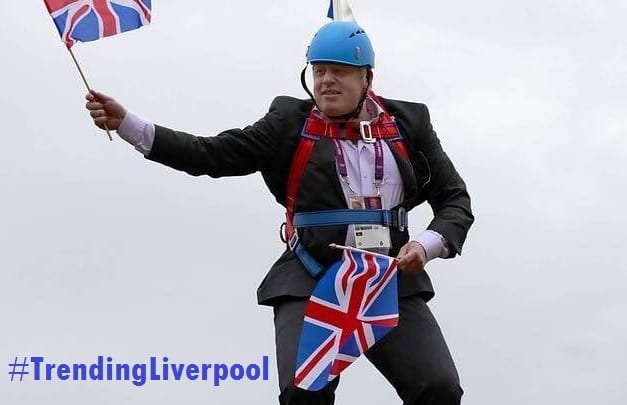 This week has been a big one! We are still in the middle of the Euros 2016, Glasto is this weekend as well! And of course, the biggest subject that everyone everywhere has been going on about – The EU Referendum. Now here at the Guide, we focus on being impartial – I wrote a balanced post about the EU Referendum this week before the big day. But we will take a look back at some of the funnier tweets that have came from what was dubbed one of the biggest days in British History.

So here is The Guide Liverpools Highlights from Twitter this week:

A superhero was spotted at Lime Street..

Lets not forget we had a royal visit!

There is something lovely about this..

Ringo Starr announced what he wants us all to do..

The EU Referendum was the talk of the town/country/world and although we are all fed up of hearing about it now, there was some great tweets. Here are a selection of the citys best!

“I did quite well for a ‘bad Bootle meff” – UKIP MEP Paul Nuttall jokes after tonight’s debate with Joe Anderson https://t.co/NV8J2rd5p4

There was drama about using Pens instead of pencils at the polling stations..

Might just stand outside the polling station with an oversized comedy rubber & just ask everyone coming out “you didn’t vote leave did you?”

The best tweet, for me, was early in the day from a guy called Keith. He instantly became a meme, “Keith” and “93yr old mum” trended world wide and people were replicating this tweet all over the place.

Just took 93yr Mum to vote, she’s registered blind. In a very loud voice she said, “Which box for out?” A cheer went up from waiting voters

Same to be honest..

So disappointed there was no swimsuit round for the EU referendum.

The result had people upset..

this is what you’ve done. i hope you feel bad. pic.twitter.com/GZ5Z8nIejz

Can we at least rename that ship Boaty McBoatface, now we all love democracy so much

Straight after, politics went into chaos..

“Sack Lynn for being unloyal… disloyal. And for joining in fun in a way that excludes her employer.” pic.twitter.com/DKgYbV83dP

An Englishman, a Scotsman and an Irishman went to a bar.
They all had to leave because the Englishman wanted to go.

I just mistakenly triggered Article 50. Sorry. I was trying to stop Adobe updates and I pressed the wrong button.

When all has been said and done – At least we know we are in safe hands in a post brexit world.