Two Liverpool sporting legends come together for an evening at St. George's Hall - The Guide Liverpool
Contact Us Advertise with The Guide Our Video Services Follow us:

Two Liverpool sporting legends come together for an evening at St. George’s Hall 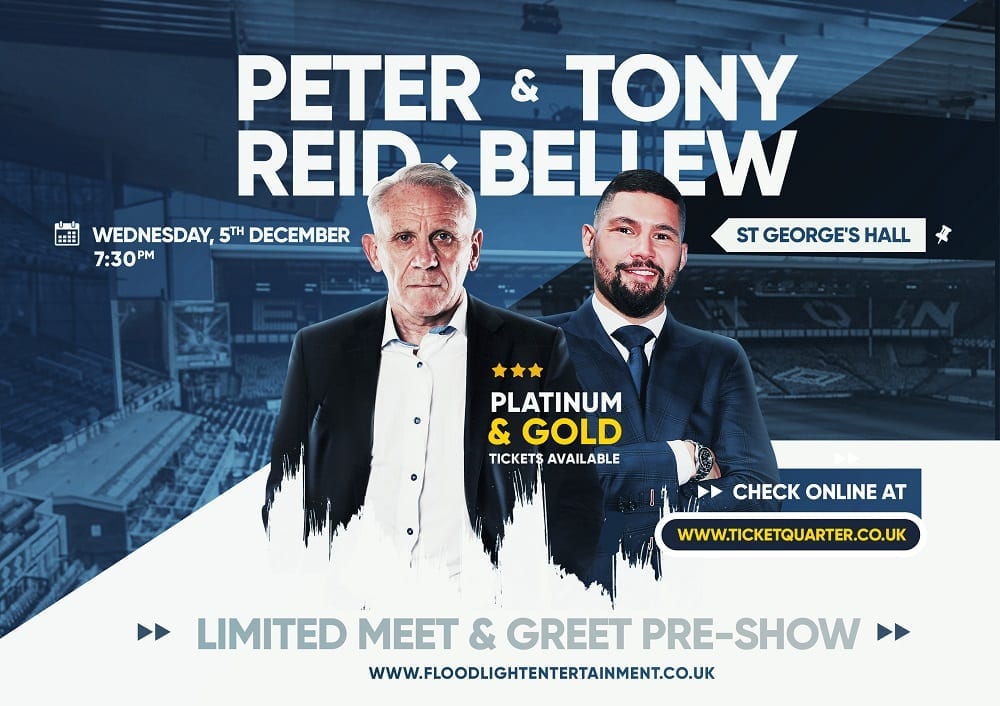 The world of football and boxing come together at St George’s Hall this December as 2 world class sporting greats present a very special evening that no fan will want to miss.

An Evening with Peter Reid and Tony Bellew will see the ex-Everton and England player, and WBC cruiserweight champion come to the Concert Room of the Grade I listed building on Wednesday 5 December.

The evening will give audiences a fascinating insight into the sensational careers that have seen both men become household names.

Peter Reid has had an impressive career that has spanned over 5 decades, making his professional debut for Bolton Wanderers in 1974. He then spent 7 years at Everton from 1982-1989 making 159 appearances for the club. During his career he also played for QPR; Manchester City; Southampton; Notts County; and Bury, as well as the England National Team between 1985-1988.

Since retiring he has had a successful managerial career including managing roles at Manchester City, Sunderland and the England U21 team.

Most recently he defeated WBA heavyweight champion David Haye in March 2017 and again in May 2018.

The event promises to hold no punches as they talk about their career highs and lows in an evening that is not to be missed.

A limited number of VIP tickets will be available for purchase which will include the opportunity to meet the 2 stars for a pre-show Meet and Greet, and chance for photos and autographs.

Purchase in person at TicketQuarter, Echo Arena, Kings Dock St, Liverpool Online at www.ticketquarter.co.uk or on 0344 800 0410.