‘Unstageable play’ turned on its head as Chekhov’s First Play brings four nights of madness to the Playhouse - The Guide Liverpool
Contact Us Advertise with The Guide Our Video Services Follow us: 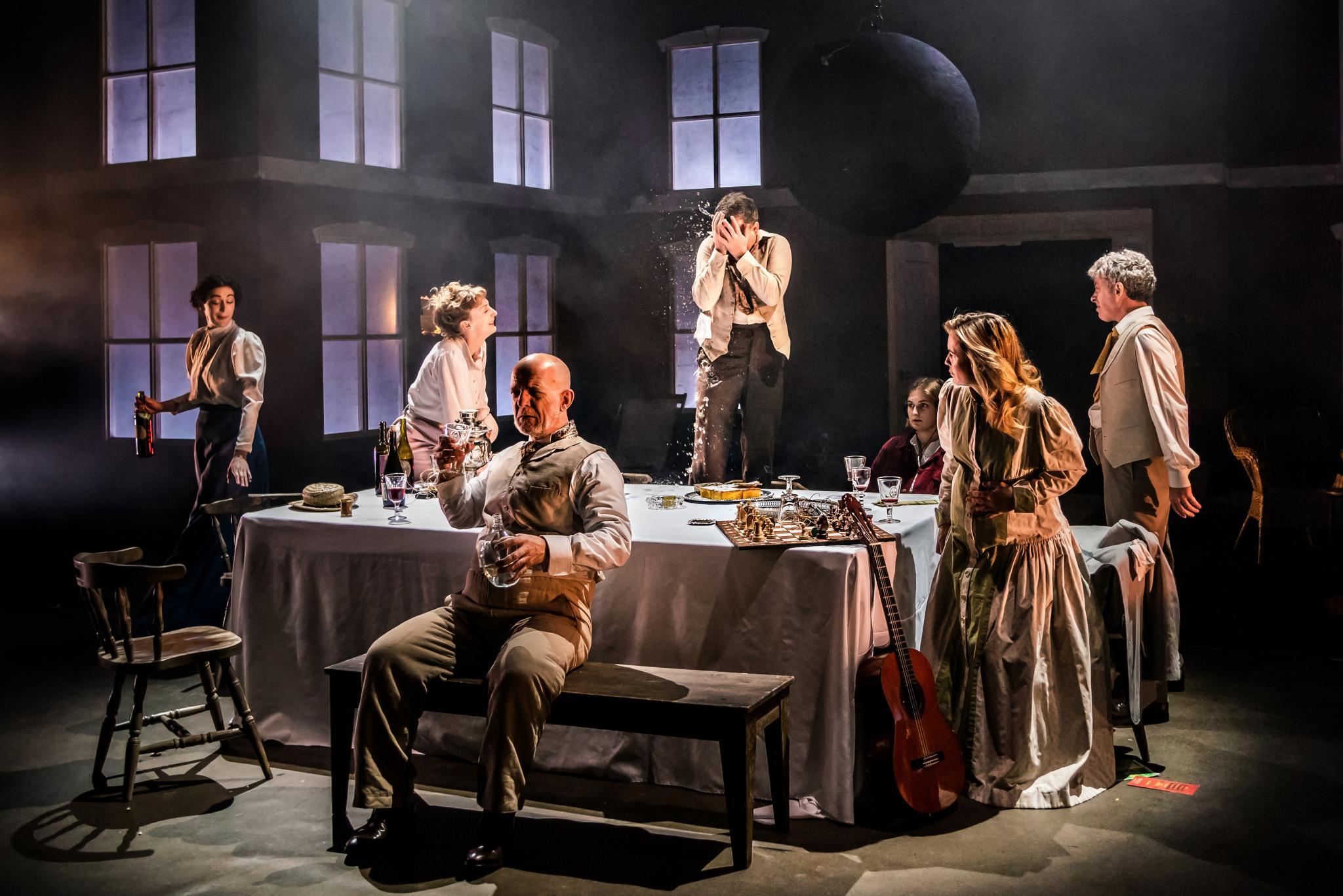 An unstageable play, an unstable set, and a fraught director’s commentary delivered to the audience through headphones, will make for a surprisingly theatrical treat, as Chekhov’s First Play visits the Playhouse from 8-11 May.

Chekhov’s First Play is a production that takes a wrecking ball to the great playwright and performance itself, as award-winning Dead Centre throws out the rule book of traditional theatre making.

The production is based on a piece of work written by the great playwright when he was 18-years-old. It has no title, a huge number of characters, and lasts for over six hours. Long considered unstageable, the play has never been performed.

Now attempted in 75 minutes, Dead Centre are set to combine disorder on stage with a fraught directors commentary, as the show’s director gradually begins to feel more and more fraudulent while watching the play.

The story on stage follows a gathering of a loose group of friends, which becomes a chaotic, philosophical lament for a changing world. The group of characters in 19th Century Russia do very little except eat, drink, talk, and wait for the main character to arrive. However when that character finally does arrive, stepping up from the audience, the group have no idea what is going on

Ben Lloyd, producer at the Everyman & Playhouse, said: “Chekhov’s First Play is a ferocious take-down of the mythology of theatre – a theatrical disaster played out on stage that will shock, entertain and intrigue in equal measure.

“A provocative and astute theatre company, Dead Centre aren’t afraid to push boundaries and ruffle a few feathers in the process. Here they literally take a match to Chekhov’s first play, flipping our expectations on their head whilst staying true to the author’s rebellious spirit.

“A genuine assault on the senses, this is an immersive experience that the adventurous will not want to miss and we can’t wait to see the mayhem brought to the Playhouse stage!”

Chekhov’s First Play visits the Playhouse for five night from 8-11 May. Tickets are available by calling Box Office on 0151 709 4776 or from the website here.