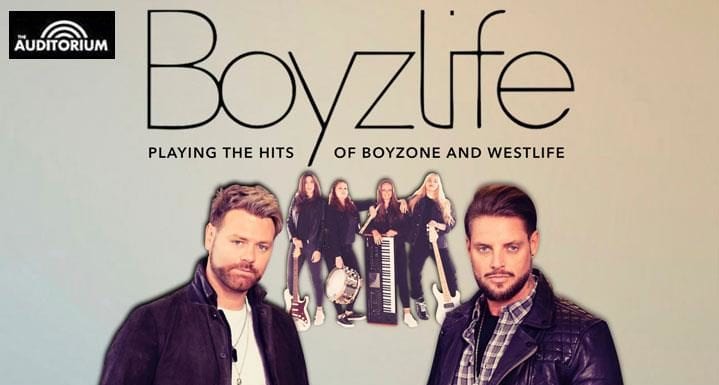 Two of the world’s biggest bands BOYZONE and WESTLIFE come together for the very first time! With a full band production show, featuring Brian McFadden and Keith Duffy.

This specially adapted Boyzlife theatre production will include many of their greatest hits. The catalogue includes a record breaking eighteen Number 1 singles and nine number 1 albums, and combined record sales of over 60 million units.

Brian McFadden featured on all of Westlife’s Number 1 singles and albums and has since had a solo Number 1 album. Keith Duffy is currently touring with Boyzone on their final, sell-out Arena tour.

Under 14s must be accompanied by an adult.