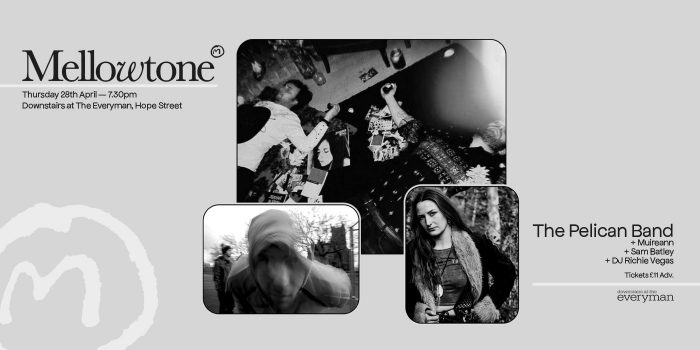 Biog- Ex-Sniper for the Salvation Army. These are words from the electric stairs and the night bathing Siglow’s morning. Hung, drawn and quartered. Pocket editions not available.

Irish songstress and music-maker, Muireann has been lending ‘headturning‘ vocals influenced by her Co.Wicklow heritage to the bands of Liverpool, The NorthWest & London for the last decade. Now, she embarks on a solo adventure of her own..

“A voice which could have you welling up by singing the minutes of a board meeting”
Pat Carty, Hotpress

Richie Vegas cut his DJing teeth in his late teens – messing about with hip hop and breaks – before plundering his family’s record collections and forging a sound that includes soul, funk, jazz, afrobeat and reggae.  Test Match Special is his monthly radio show, and an opportunity to showcase a selection of tunes that doesn’t quite fit with live DJ sets, explore less-travelled paths and distill 20 years of musical musings. Expect lost monsters, obscure reworkings, stubborn earworms and wickets galore.