US Open champ Emma Raducanu started her top title chase in Liverpool - The Guide Liverpool
Contact Us Advertise with The Guide Our Video Services Follow us:

Emma Raducanu wowed the world when she won the US Tennis Open Tennis Champions on Saturday – and she had wowed Wavertree years before!

The 18-year-old was 12 when she played in the Liverpool International Tennis Tournament in 2015, and she showed the same grit, determination and sporting prowess which she demonstrated at Flushing Meadows in New York where she beat Leylah Fernandez in straight sets.

Borg Anders, who created the Liverpool Tournament at Liverpool Tennis Centre to give players the chance to prepare for Wimbledon, says: “She was 12 when she came to us. Normally you can’t play ‘Under 18’ if you are below 13 but she was just about to turn 13, in fact during the event itself.

“The fact she was able to play in — and win — an Under 18 event? Wow. When you saw the physical differences of the girls she was playing, she was tiny at the time.”

But he says she did the same in the city as she did in America, winning six matches against top opponents from all over the world.

“It was just incredible,” says Norwegian Anders, who has put his heart and soul into Liverpool International Tennis Tournament and steered it to huge success, earning respect from the sport and its top trainers and figureheads. “I couldn’t believe my eyes.

“She was very strong and returned everything, and she made her opponents do the mistakes.

“That’s how you win in tennis, keeping the ball in play and returning everything, not making unforced errors.

“Emma had that then, in Liverpool, just as she had it in the US.” 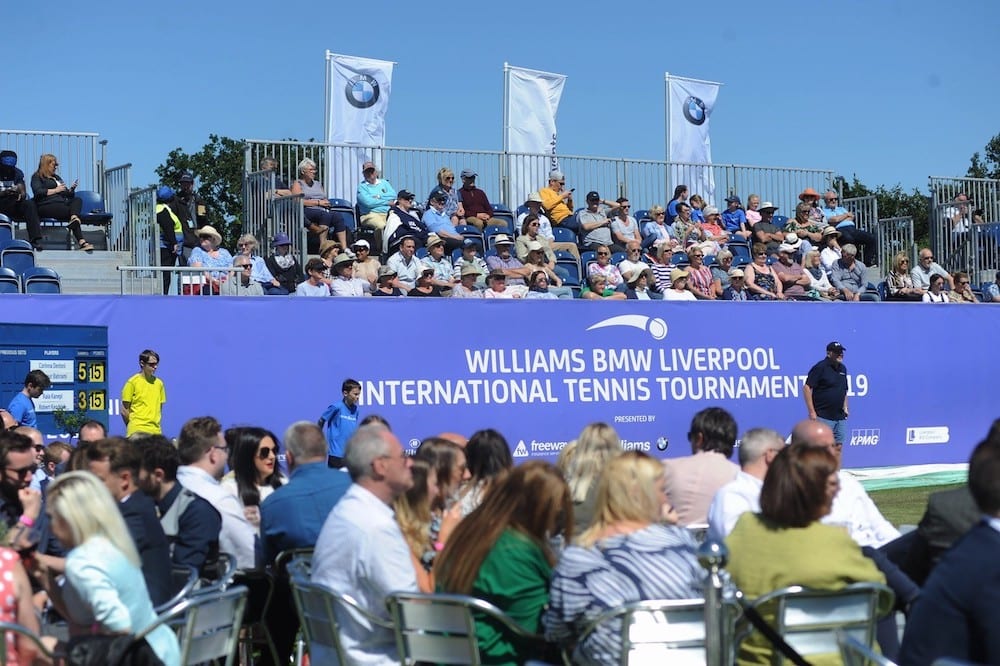 It was the first time she had won an International Tennis Federation Under 18 event and while the success might have gone to the head of other young players, Emma Raducanu displayed the same calmness and kindness, and the same sportsmanship, for which she is rapidly becoming known.

Anders says: “She was so humble, so articulate and polite. And then she had that smile that could warm anyone’s heart. I guess that is why she has become so popular.

“Her mother was super sweet, so polite, and Emma herself was the same, and very intelligent. She speaks fluent Mandarin and Romanian. She is so smart, the full package.”

Anders admits her talent was glaringly obvious: “Emma was dedicated even then. I saw totally a Wimbledon winner. When you get a 12-year-old beating players that are 18, you know something special is in the making.

“The way she controlled herself was incredible.

“She was definitely one to watch for the future and we all talked about it as the tennis centre at the time.”

Could he take any credit for her success? Anders grins: “We facilitated the event…

“To see her win in the US was a dream come true and so exciting, and the fact that we thought she was a great girl was fantastic.

“We had Novak Djokovic play that same year, and Caroline Wozniacki afterwards, but I never felt as pleased for them as I felt for Emma. It was super. It’s an incredible story.”

Anders says it’s important that Emma keeps her feet firmly on the ground and for those around her not to put too much pressure on the teenager. “I’ve seen it before when youngsters take the world by storm and then it doesn’t work out.”

But he smiles: “I don’t think Emma will have that problem. She is more determined. She will win more titles.

“And she is definitely strong enough, mentally and physically, to do it.”

MORE - Nile Rodgers, Camelphat and Cream Classical on the Waterfront: Everything you need to know if you are heading to the Pier Head