Likes
Halloween is nearly here again and that only means one thing…the biggest Halloween party of the year returns. Vevo is celebrating Halloween in style once again with a not to be missed night of live music with performances from the UK’s hottest new artists.
Vevo Halloween is bringing all your deepest darkest fears to Bramley-Moore Dock in Liverpool on Saturday 29th October.
The event will host full live performances from 2016 Vevo LIFT artists – Jack Garratt, Aurora, Blossoms, Izzy Bizu and one final special guest – this is guaranteed to be the biggest party of the year. Spiders, clowns, blood, snakes or rats…no matter what you are afraid of, Vevo invites you to join the biggest party of the year and face your phobias.
There is everything to be afraid of.
Vevo LIFT UK launched in 2011 as a way of celebrating new talent and introducing emerging artists to music fans. Vevo Halloween 2016 is a celebration of the year’s LIFT artists, and a rare opportunity for fans to see five of the best new artists the UK has to offer at one incredible event, all performing full sets.
Following the success of Vevo UK’s now annual Halloween party, 2016 promises to be even bigger and better with music-lovers descending to the Liverpool dock to party with fellow ghouls and monsters. 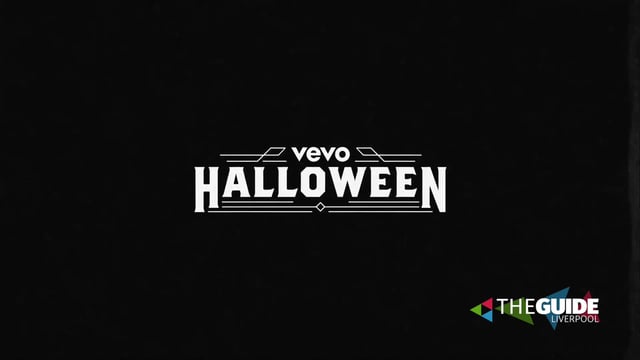 Tickets will be available through DICE. This is the only way to get your ticket to Vevo Halloween.
Tickets go on sale at 10am on Friday 16th September, but head to:
www.dice.fm/vevo-halloween-2016 where you can set up an alert for them to remind you about the event.
Visit www.vevo.com/halloween for all the information might need to ensure you have the best Halloween night with us.

Jack Garratt was crowned the winner of BBC’s Sound of 2016 poll, BRITs Critics’ Choice for 2016, and released his highly anticipated debut album ‘Phase’ earlier this year,  going straight in at #3.
Blossoms catapulted into the musical subconscious in January, and the band have earned rave critical comparisons to everyone from Arctic Monkeys to Depeche Mode and August saw their debut album hitting the top spot in the UK.
Aurora hails from Norway but has received astounding critical acclaim in the UK, resulting in her being chosen to record the theme for 2015’s John Lewis Christmas advert. Aurora’s debut album ‘All My Demons Greeting Me As a Friend’, was released in March this year.
Izzy Bizu was longlisted for BBC’s Sound of 2016 and named BRITs Critics’ Choice finalist, you can’t not have heard her breakthrough single ‘White Tiger’. Izzy released her debut album, ‘A Moment Of Madness’ this week!
www.vevo.com/halloween
www.twitter.com/vevo_uk
www.facebook.com/vevo
www.instagram.com/vevo
Share