Rebekah Vardy has lost the Wagatha Christie libel battle against Coleen Rooney over a viral social media post, after a High Court judge found it was “substantially true”.

In the October 2019 post, Mrs Rooney, 36, said she had carried out a months-long “sting operation” and accused Mrs Vardy, 40, of leaking “false stories” about her private life to the press.

The wife of former England star Wayne Rooney publicly claimed Mrs Vardy’s account was the source behind three stories in The Sun newspaper featuring fake details she had posted on her private Instagram stories.

Mrs Vardy, who is married to Leicester striker Jamie Vardy, denied leaking stories to the media and sued her fellow footballer’s wife for libel, while Mrs Rooney defended the claim on the basis her post was “substantially true”.

Both women attended a week-long trial at the High Court in London in May, which attracted a huge amount of press attention.

In a much-anticipated ruling on Friday, Mrs Justice Steyn found in Mrs Rooney’s favour and dismissed the claim against her.

The judge said it was “likely” that Mrs Vardy’s agent at the time, Caroline Watt, “undertook the direct act” of passing the information to The S*n. 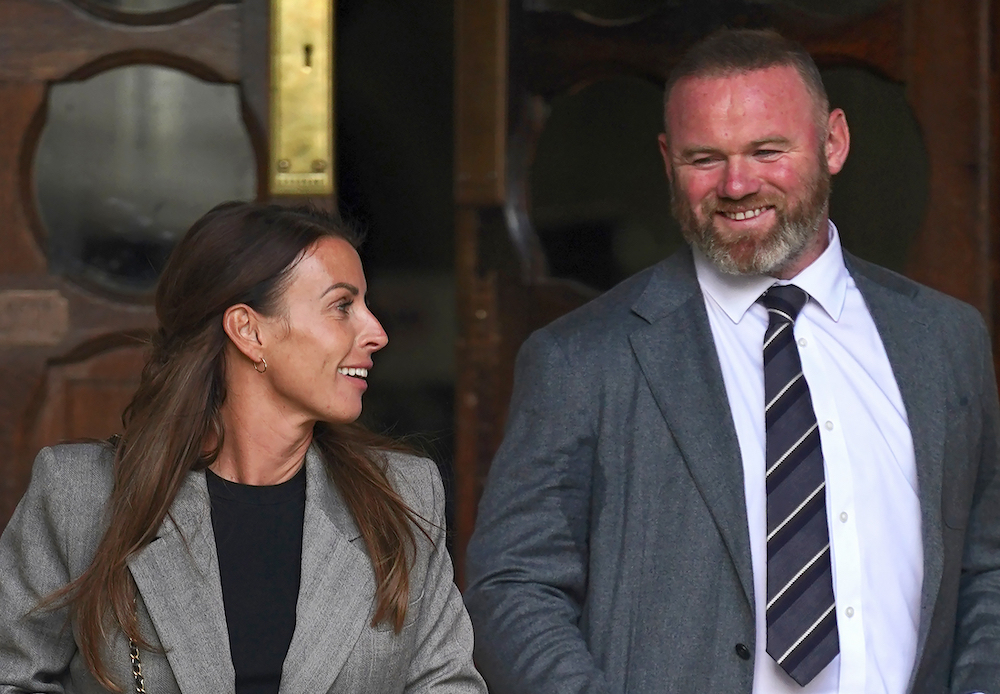 But she added: “Nonetheless, the evidence … clearly shows, in my view, that Mrs Vardy knew of and condoned this behaviour, actively engaging in it by directing Ms Watt to the private Instagram account, sending her screenshots of Mrs Rooney’s posts, drawing attention to items of potential interest to the press, and answering additional queries raised by the press via Ms Watt.”

During the trial, the two women each gave evidence, as did Mr Rooney, also 36, who played for Everton and Manchester United as well as England.

Mr Sherborne argued that Mrs Vardy had a “habitual and established practice” of leaking information about those she knew – through Ms Watt – to The S*n newspaper.

He said there were, in text message exchanges between Mrs Vardy and Ms Watt, examples of the pair discussing leaking other people’s private information.

Mrs Justice Steyn said in her ruling: “In my judgment, the conclusions that I have reached as to the extent to which the claimant engaged in disclosing to The Sun information to which she only had access as a permitted follower of an Instagram account which she knew, and Mrs Rooney repeatedly asserted, was private, suffice to show the single meaning is substantially true.”

In the first ruling in the case in November 2020, then-Mr Justice Warby found the viral post had “clearly identified” Mrs Vardy as being “guilty of the serious and consistent breach of trust”.

He also found that an ordinary reader would read the post as claiming Mrs Vardy had “regularly and frequently abused her status as a trusted follower of Ms Rooney’s personal Instagram account by secretly informing The Sun newspaper of Mrs Rooney’s private posts and stories”.

The libel battle came after Mrs Rooney publicly claimed that an account behind three fake stories in The Sun that she had posted on her personal Instagram account was Mrs Vardy’s.

The fake stories Mrs Rooney planted on her Instagram during the sting operation featured her travelling to Mexico for a “gender selection” procedure, her planning to return to TV, and the basement flooding at her home.

It is believed the total legal costs of the case will be in the region of £3 million, most of which will now be borne by Mrs Vardy.