Watch as we find out what you can expect from the River of Light Festival 2019 - The Guide Liverpool
Contact Us Advertise with The Guide Our Video Services Follow us: 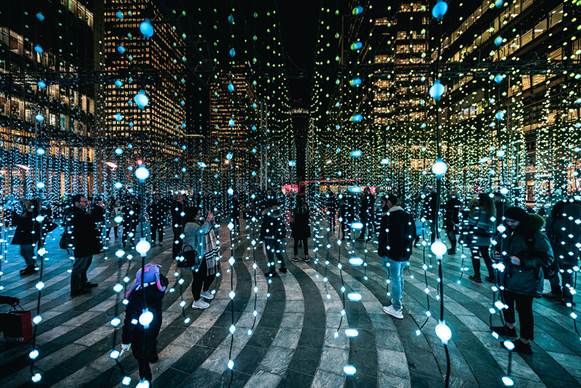 Details have been unveiled about the FREE installations lighting up Liverpool city centre for this year’s River of Light festival.

Watch above as we meet Robin Kemp of Culture Liverpool for all the info you need.

From Friday 1 to Saturday 9 November, ten commissions – the majority of which have never before been seen in the North West – will become part of the city’s landscape and for nine evenings are set to be the must-visit selfie-spots. 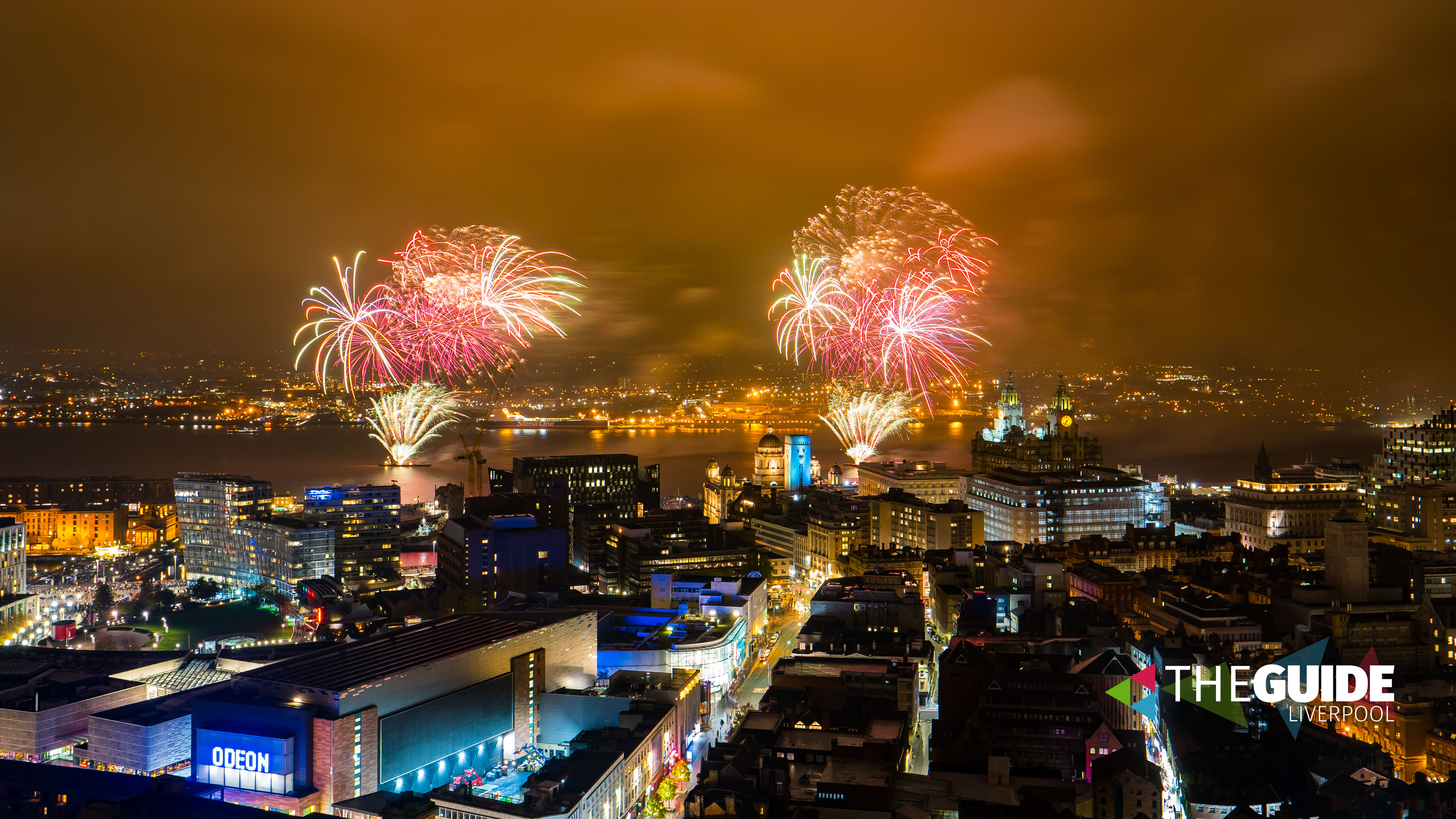 The waterfront side of the Cunard Building will be getting an arachnid makeover as spider-shaped light sculptures appear on the façade, courtesy of French artists Groupe Laps. Runs 5-10pm each night.

Located in the courtyard at Liverpool Parish Church, this immersive sound and light journey is made up of more than 200 luminous spheres. It has been designed by critically acclaimed French arts company ‘Collectif Coin’. Runs 5-10pm each night.

A single figure will dominate the skyline of the Royal Albert Dock Liverpool as viewers can track their leap to freedom in a consecutive sequence. Created by Italian artist Angelo Bonello, he wants the artwork to represent the leaps we make at points in our lives. Runs 5-10pm each night.

Taking over Mann Island Atrium, this large, immersive and responsive walkthrough experience uses thousands of individual points of suspended light to transform its environment. It’s the brainchild of Squidsoup which is one of the UK’s leading digital augmentation companies. Runs 5-10pm each night.

The Plaza Building on Old Hall Street will become the canvas for a set of neon lights which playfully comment on the city’s history and resilience. Originally commissioned in 2007, the piece has been brought back by Liverpool Biennial and Liverpool BID Company as a signal of Liverpool’s future ambitions. Runs from 5-10pm each night.

River of Light will kick-start a brand new, illuminated chapter for the Royal Liver Building as they unveil Flight – a six-minute light show which will be a permanent installation once the festival has finished. The show will take place every 30 minutes from 5-9.30pm.

A light portal to another dimension will appear on the wall of Wapping Dock (near the M&S Arena and Convention Centre) created by Dutch artists Vendel & de Wolf. Runs 5-10pm each night.

Taking inspiration from the Cetus constellation, an underwater display in the Mann Island basin will see the area come alive with this multi-sensory artwork created by The Kazimier. As the sun sets, the water will shimmer and pulsate mimicking the ancient Greek myth of the sea monster Cetus. Runs 5-10pm each night. 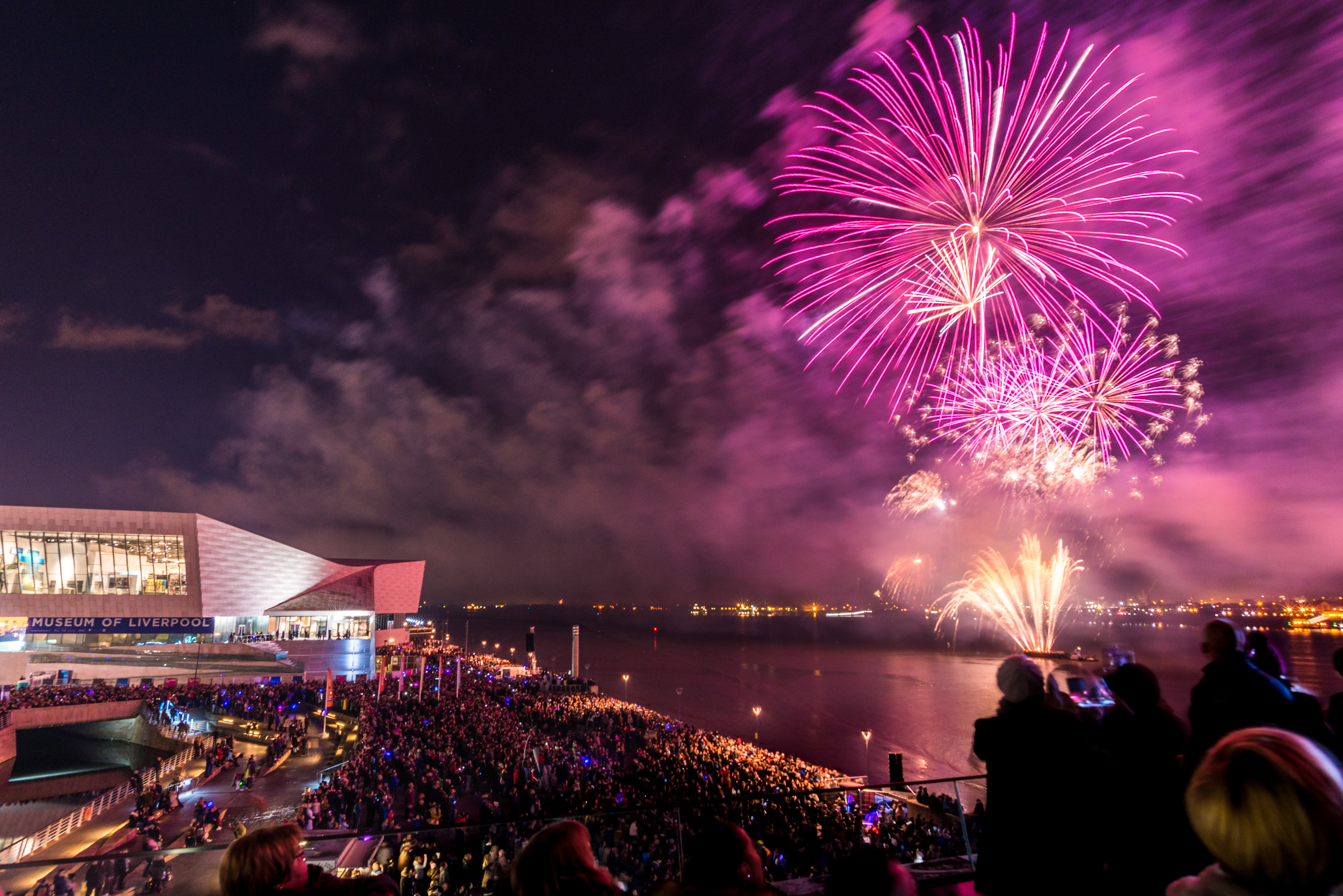 All River of Light installations are completely free to access.

As part of the longer, new-look festival, the hugely successful River of Light fireworks will return for one night only on Sunday 3 November as once again the River Mersey becomes a stage for Titanium Fireworks – one of the world’s leading pyrotechnic companies.

Two simultaneous displays, from the Waterfront in Liverpool and as part of Wirral’s Borough of Culture year in New Brighton, will start at 6.30pm with a soundtrack featuring artists and songs which have been big in the city this year.

For the latest information, head to www.visitliverpool.com/riveroflight and use #RiverofLight #WinterLights on socials.