Watch as we meet Marcus Collins and the cast of Hair the Musical at Liverpool - The Guide Liverpool
Contact Us Advertise with The Guide Our Video Services Follow us: 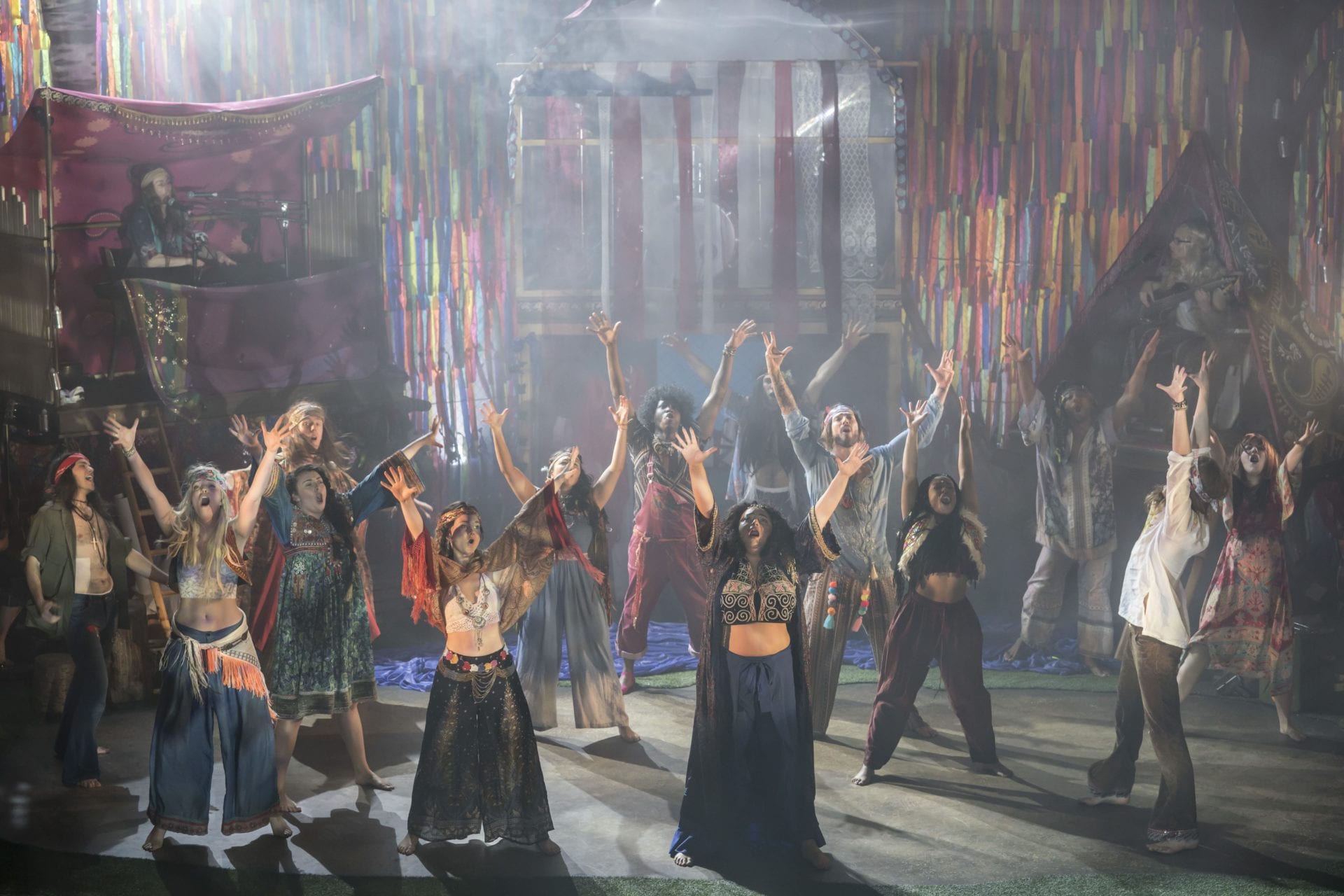 Hair – The Musical is on right now at Liverpool Empire bringing with it a host of famous faces and some of the biggest rock anthems of all time. Watch above as our Jess Ellis met Marcus Collins and Kelly Sweeney from the cast.

Leading the cast in this revolutionary, Grammy award-winning Hair the musical is: Dancing on Ice’s 2018 champion Jake Quickenden as Berger, Hollyoaks’ Daisy Wood-Davis as Sheila and Liverpool’s very own X Factor 2011 finalist Marcus Collins as Hud.

Welcome to the ‘Age of Aquarius’. It’s 1967 and HAIR’s hippie ‘tribe’ youngsters in the East Village of New York are yearning to change the world, questioning authority and the American flag. Wild, colourful, sexually liberated and free, they are united in protest and song, under the shadow of the Vietnam War.

Hair, which is adored for its Grammy award-winning score featuring iconic hits such as ‘Aquarius’, ‘Let the Sun Shine In’, ‘I Got Life’ and ‘Good Morning Starshine’.

It runs until Saturday 25 May at Liverpool Empire and you can book your tickets here.