Watch as we meet the man from Liverpool taking on a solo row across the Atlantic to support young people's mental health - The Guide Liverpool
Contact Us Advertise with The Guide Our Video Services Follow us:

Liverpool-born serial fundraiser and adventurer Bernie Hollywood OBE, has revealed that the Boat of Hope, in which he will undertake a solo row across the Atlantic Ocean to support young people’s mental health, will be officially named the ‘City of Liverpool’ in honour of his birthplace.

The official launch ceremony took place yesterday presided over by Joanne Anderson, Mayor of Liverpool, Steve Rotheram, Metro Mayor of the Liverpool City Region, and Mary Rasmussen, Lord Mayor of Liverpool. You can watch what happened at the ceremony above.

Bernie’s ‘Boat of Hope’ campaign will culminate in the 63-year-old rowing 3000 nautical miles in a 60-90 day voyage, as part of the Talisker Whiskey Atlantic Challenge in December 2022. In the run-up to this date, Bernie hopes to raise £1 million for charities Samaritans and Love Rowing, as well as to raise awareness of children and young people’s mental health problems, particularly in the light of the impact of the pandemic.

The naming ceremony will take place on 26th October at the historic Royal Albert Dock Liverpool outside the Merseyside Maritime Museum, where Mayors Anderson, Rotheram and Rasmussen will officially name the 6m x 1.5m Rannoch Adventure R10 Solo Ocean Rowing Boat, in which Bernie will undertake his voyage. Other notable attendees at the event will include Nigel Lanceley DL FCA, the High Sherriff of Merseyside, and Dr Baroness Helen Newlove.

The Boat of Hope campaign features contributions from a range of high-profile figures, including a children’s book ‘Bernie and Boatie’, written by Liverpool’s Natalie Reeves Billing, which is supported by an animated trailer voiced by pop icon Melanie C and Doctor Who’s Sascha Dhawan.

The boat exterior artwork was designed by renowned artist, Justin Eagleton, who has created a mural that draws together multiple images to depict a journey of mental health. The mural also includes artwork from the winners of a nationwide secondary school art competition run by principal campaign partner ParentPay, and which includes two winning entries from Gateacre School in Belle Vale. 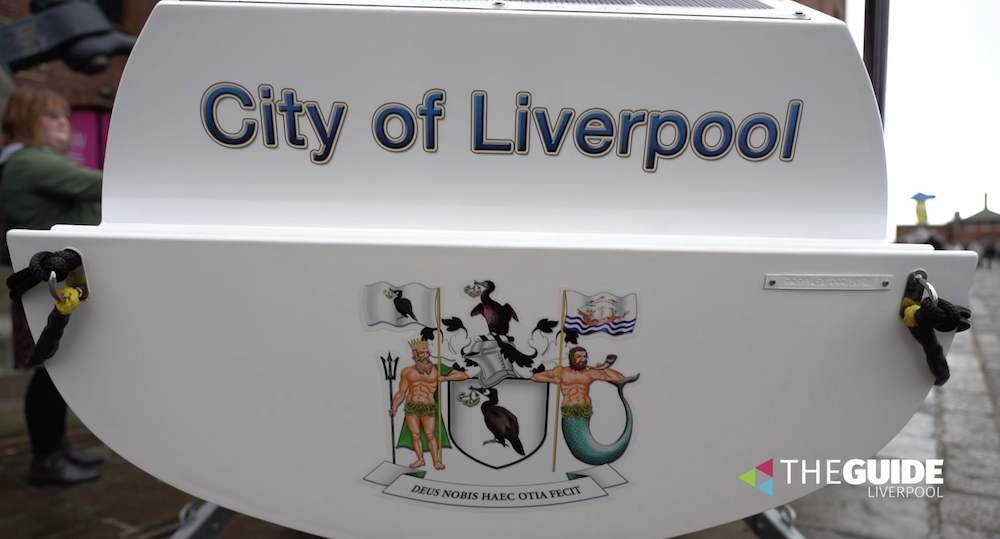 The boat will be displayed directly outside the entrance to the museum for viewing by the public from 12 noon to 4pm on the 26th October. It is also believed to be the first interactive boat of its kind, where visitors can ‘tap to donate’ as well as tap to hear an original Boat of Hope composition created by musician and composer Ben Hughes.

Further opportunities for the public to view the Boat will be possible during the 2022 UK tour, where Bernie will visit schools around the country, including four in Merseyside.

MORE - Some of Liverpool’ finest chefs are coming together to launch new Duke Street restaurant, Barnacle

“I am extremely honoured that the official naming of the Boat of Hope is taking place at such an iconic venue and in the presence of our city’s dignitaries. Rowing solo across the Atlantic will of course be a huge physical and mental challenge, so it will be a great comfort to me to know that I am not alone and that the city so close to my heart will be with me all the way. I hope that this campaign inspires more open conversations about youth mental health so that those young people who are struggling know that they too are not alone, and that there are people who can help them find a way forward.”

Clint Wilson, ParentPay Director, said: “We are delighted to support Bernie and his Boat of Hope campaign as he seeks to raise awareness and vital funds for young people’s mental health. Bernie has spent much of his adult life selflessly helping others, so it is wonderful to see his dedication and the Boat of Hope recognised by Liverpool’s finest. We can’t wait to see the campaign gather even more momentum as Bernie continues to bring communities together to drum up support for this important cause.” 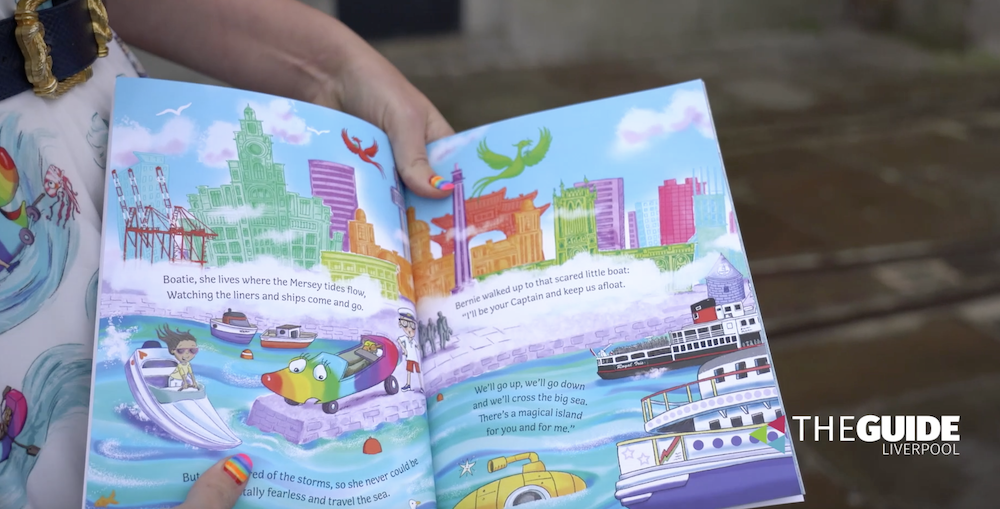 “It is a joy working with Bernie on the Boat of Hope campaign. This collaborative new book, ‘Bernie and Boatie’ is inspired by his incredible mission across the Atlantic. It is fun, colourful and beautifully illustrated by Lisa Williams, and I hope young readers will fall in love with it. It also carries a very important message about mental health, particularly in young children. In this story, the sea represents our emotions, our ups and downs, as we try to find the light beyond adversity.

“All proceeds from the book will go to the Boat of Hope campaign. By purchasing, people will be helping a family who are struggling with child mental health and how to navigate it, as well as getting a really beautiful, useful resource for talking about mental health in the home.

“I can’t wait for the boat to be launched in my home city at the beautiful Royal Albert Dock Liverpool.”

To donate to Bernie Hollywood’s Boat of Hope campaign, please go to www.boatofhope.com.