Watch as we take you backstage at Wizard of Oz at Theatre Royal St Helens - The Guide Liverpool
Contact Us Advertise with The Guide Our Video Services Follow us: 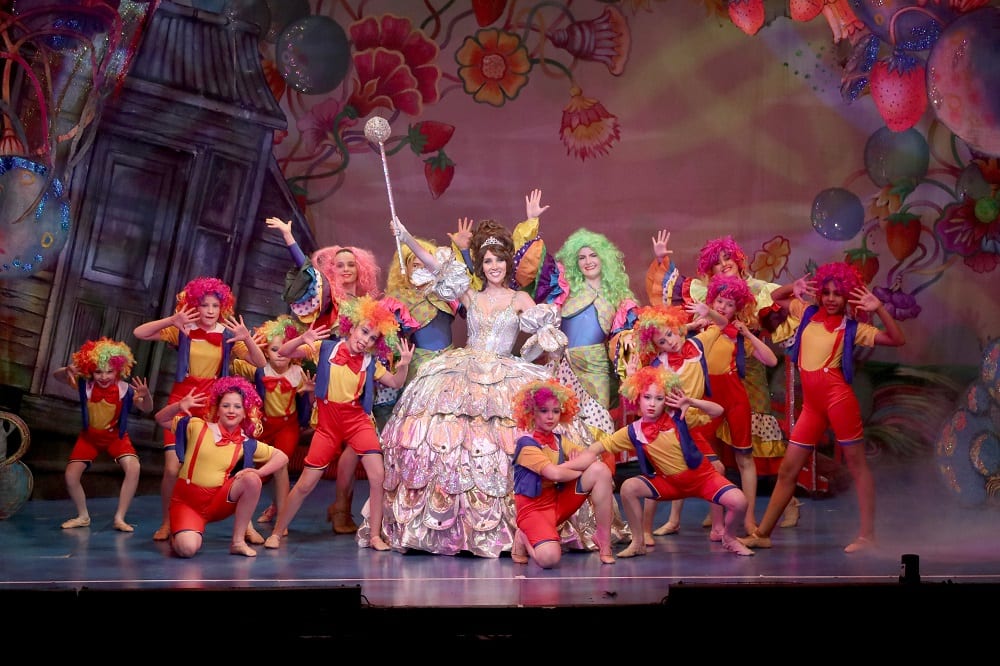 Regal Entertainments’ cracking Easter panto The Wizard of Oz has opened to rave reviews from the public and press and will be entertaining audiences at St Helens Theatre Royal until Mon 22 April.

Featuring a star-studded cast including Emmerdale and Brookside actress Linda Lusardi as The Wicked Witch and her daughter, star of ITV’s The Voice, Lucy Kane as Glinda.

Linda Lusardi’s career has spanned nearly 30 years. The former Emmerdale and Brookside actress first shot to fame in the early 80’s as one of Britain’s best-loved models, before moving in to the world of television.

MORE: Watch as we take you Dinosaur hunting at Liverpool ONE for Dinosaurs Unleashed

Her real-life daughter, singer and actress Lucy Kane, rose to fame on 2017’s series of The Voice as part of Team Tom. Her stage credits include the title role in Annie, Princess Jasmine in Aladdin at Alban Arena, St Albans and the title role in Snow White and the Seven Dwarfs at The Playhouse, Weston-Super-Mare.

Rising young star Mia Molloy steps in to the famous ruby slippers as Dorothy. The Liverpool Theatre graduate starred in the original production of Our Day Out – The Musical at Liverpool’s Royal Court, as well as Mam I’m ‘Ere also at The Royal Court and Liverbird Song – The Liverpool Blitz Musical at The Epstein Theatre.

MORE: 33 things you can do with the kids this Easter in and around Liverpool

Harry Moore returns to St Helens Theatre Royal stage. After paying the role of the Wizard in last year’s February half-term production, he is back for 2019 as Tin Man.

Steve Arnott who has a plethora of panto experience including Captain Hook in Peter Pan at Darlington Hippodrome and Abanazer in Aladdin at Venue Cymru, will play Lion.

Playing the role of Scarecrow is Reece Sibbald. His previous stage roles include Scarecrow in the touring production of Chuckles of Oz starring alongside The Chuckle Brothers.

Completing the cast, Jay Lusted, who played one of the seven dwarfs in 2017’s Christmas panto Snow White, returns as the great Wizard of Oz.

St Helens Theatre Royal manager, Chantelle Nolan said: “The reviews from the opening weekend have been overwhelming, we are all absolutely delighted with the positive feedback we have received from our audiences.

“It is wonderful to hear what everyone enjoyed about the show and their favourite character; we have an incredibly talented cast this Easter with a lot of new faces, and they are all sensational to watch.

“Be sure to come and join us over the rainbow this Easter, and if you have already been, why not come back and see us again!”

Click your heels together and join Dorothy and Toto as they journey along the Yellow Brick Road to meet the Wizard so he can make their dreams come true.

Regal Entertainments’ reimagined panto version of this classic family tale includes a brand-new script and music for 2019 including lots of chart hits, old and new, for audiences to sing along to.

Get ready for a whole lot of family fun as this fantastic tale is reawakened.