Watch as we unveil the Ghost Ship on Albert Dock for Tall Ships weekend - The Guide Liverpool
Contact Us Advertise with The Guide Our Video Services Follow us: 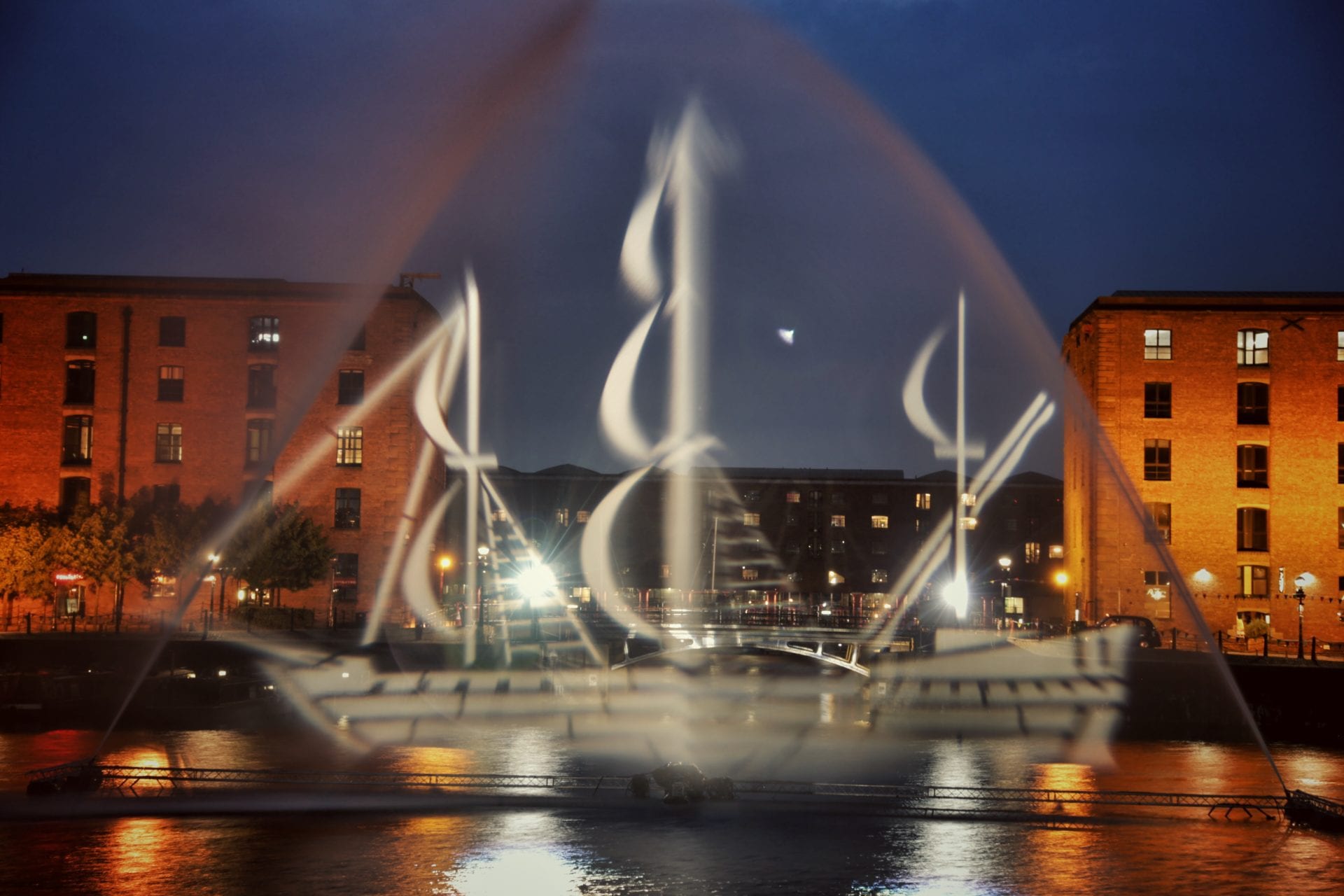 Just when you think the bank holiday weekend in Liverpool couldn’t get any BIGGER, a ghost ship has now been spotted on Liverpool’s famous waterfront, just to add to the craziness!

The spooky apparition has been created with some clever visual trickery and is the first ship to arrive in the city ahead of this weekend’s Three Festivals Tall Ships Regatta and Bordeaux Wine Festival.

The ghost ship is one of 18 tall ships for 2018 – the 10th anniversary of Liverpool’s year as European Capital of Culture. It is an illusion of a three dimensional, 17th century boat, which is created by projecting an eerie vision along the surface of the surrounding water of Salthouse Dock.

It is a British premiere of the artwork from Studio Biangle, which has previously appeared at the Amsterdam Light Festival and Berlin to rave reviews. 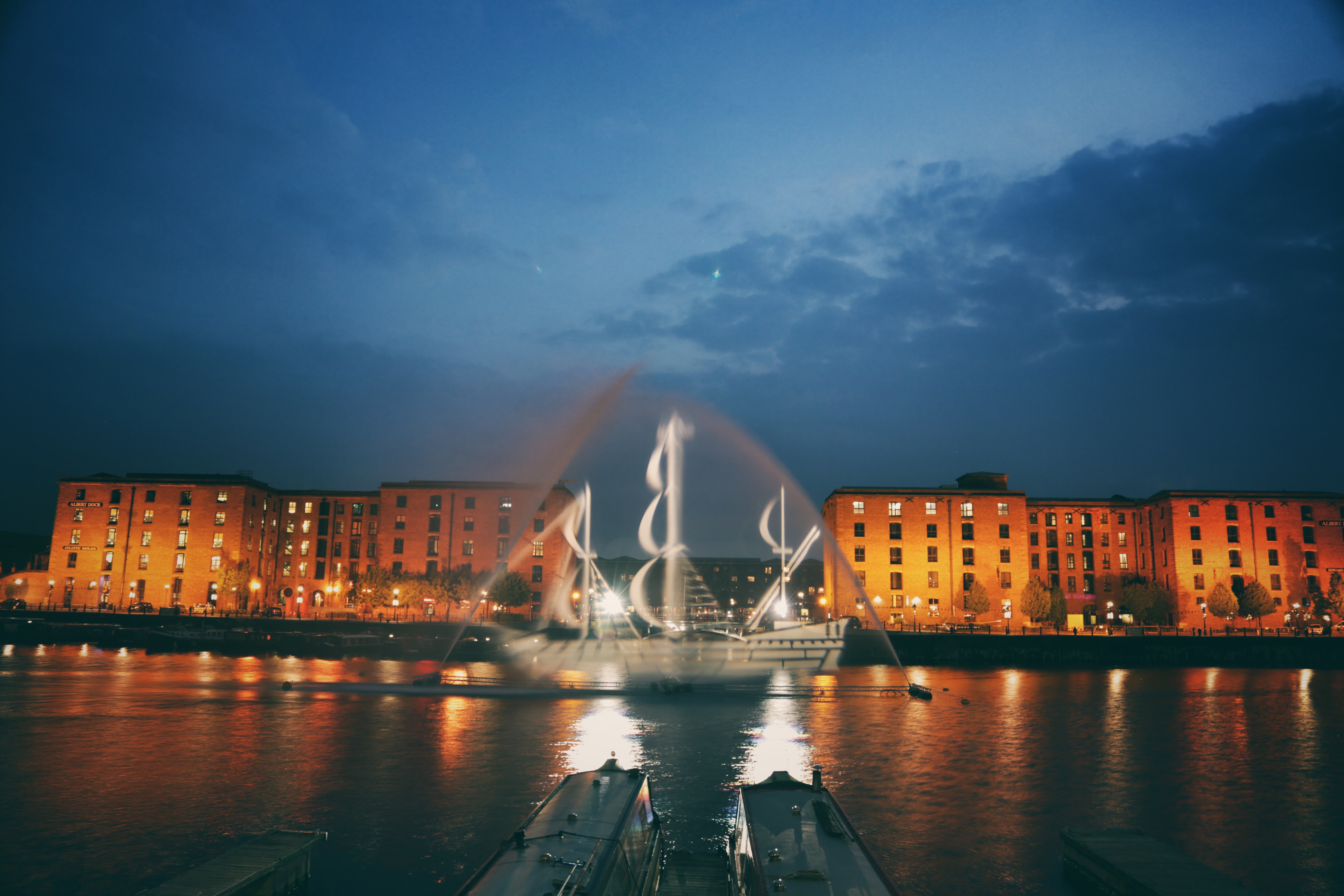 “Three days and nights of magnificent tall ships, spectacular entertainment and art across three stages and the chance to sample some of the world’s finest wines.”

MORE: 8 activities the kids will love during the Tall Ship Regatta

The ghost ship, which is best viewed after dark, uses water curtains and old-fashioned stage lights. The image wavers with the movement of the wind achieving a dreamy and haunting quality.

A spectacular fleet of tall ships from across the world will return to Liverpool for the fifth time for the Three Festivals Tall Ships Regatta, a free event which takes place between 25 and 28 May 2018.

The regatta, which is organised by Sail Training International, will see two other ports take part in the race, Dublin and Bordeaux.

An exciting programme of activities is planned across Liverpool and Wirral to celebrate the arrival of the ships. 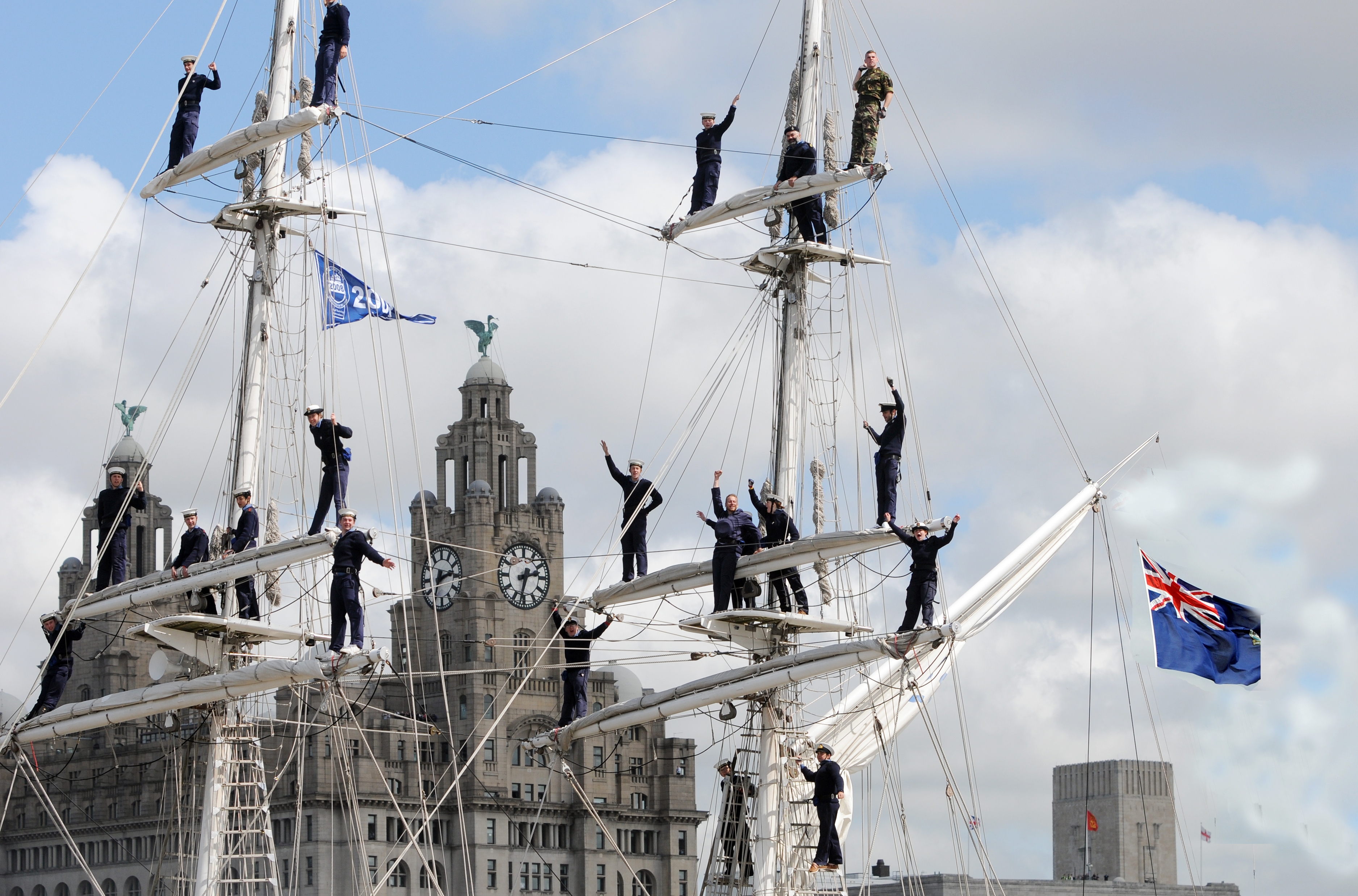 Wine-lovers are also expected to flock to the waterfront as the world-renowned Bordeaux Wine Festival make its UK debut. Saturday and Sunday afternoon are sold out but there are still tickets available for other sessions. Tickets available here https://bwfliverpool.com

Highlights include a new water ballet, The Sun, The Moon & The Stars, by House of Suarez accompanied by a pyrotechnic display, which will be performed on Saturday and Sunday night at 10pm in front of a spectacular projection onto the Cunard Building, by Illuminos.

Other attractions are an enormous illuminated replica of the moon which will hang in Liverpool’s Anglican Cathedral, a performance by Wired Aerial Theatre and local sculptor Faith Bebbington has created a cat, which will be seen chasing her ‘Super Rat’ sculpture which appeared on a rooftop in the Baltic Triangle back in 2016.

Meanwhile, artist Lulu Quinn has been commissioned to create two huge message in a bottle sculptures from thousands of recycled plastic bottles, which will contain environmental messages from local school children. They will be on display at Liverpool’s Pier Head and Marine Point, New Brighton.

Wirral is hosting a range of maritime-themed events including street theatre, music performances, creative and circus workshops and a spectacular 3D projection onto Birkenhead Town Hall, which have been organised by Wirral Council.

And there will also be a focus on getting young people aged under 26 from Merseyside involved in the race.

The Sail Trainee project, will see 50 local youngsters, aged from 16, join the crew of a tall ship on a 5-day voyage from Liverpool to Dublin.

For the full programme of events please visit www.tallshipsliverpool.co.uk.

Let us know what you are looking forward to most this bank holiday weekend in Liverpool, whether it’s the Tall Ships, the Bordeaux Wine Festival or just the footy.

Get us on Twitter and Facebook and keep it here as we bring you all the info and updates you need.