WATCH: Liverpool International Tennis Tournament 2018 launches in style - The Guide Liverpool
Contact Us Advertise with The Guide Our Video Services Follow us: 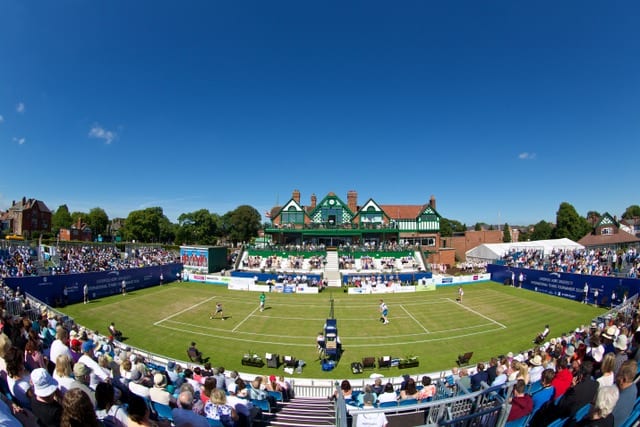 The sun shone down at Hilton Liverpool today (Thursday 19th April 2018) as the Williams BMW Liverpool International Tennis Tournament 2018 officially launched with a packed-out press conference and live preview of the sporting action we can expect during the 3 day event, later this summer.

Liverpool Cricket Club will once again host the festival of thrilling tennis action from 21-24th June 2018 as the Williams BMW Liverpool International Tennis Tournament returns with a stellar line up of sporting legends, local talent and potential Wimbledon come back queen, Marion Bartoli.

Watch above as our Kate chats with tournament Director, Anders Borg and the tournament ambassadors to find out more. 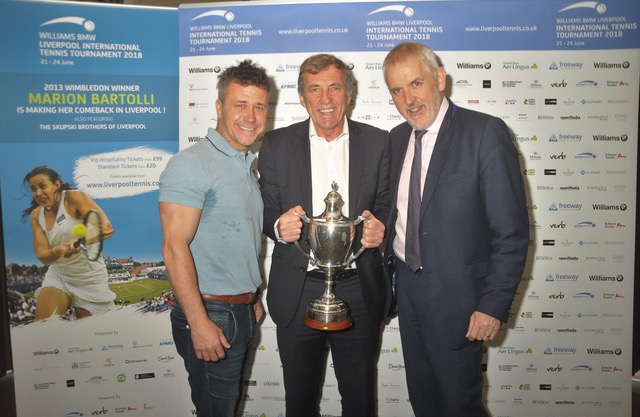 Brand new for this year, Liverpool Legend Alan Kennedy, Presenter Craig Phillips and CEO of Liverpool BID, Bill Addy have been appointed ambassadors of the sporting festival, which also dedicates a day (20th June 2018) to encouraging local children to try their hand at tennis. At the launch Alan Kennedy wasted no time in shedding his suit jacket and taking to the pop-up court to show off his forehand action. While he’s got some skills, he’ll be no match for the world class players flocking to Liverpool to compete just a fortnight before Wimbledon.

Marion Bartoli sensationally won Wimbledon in 2013 and just  weeks afterwards, retired from the game. Having played in top form at Liverpool the following year, Marion has since enjoyed a career in design and fashion before battling an illness which has resulted in the former Wimbledon singles title holder making a return to the court for a second time. 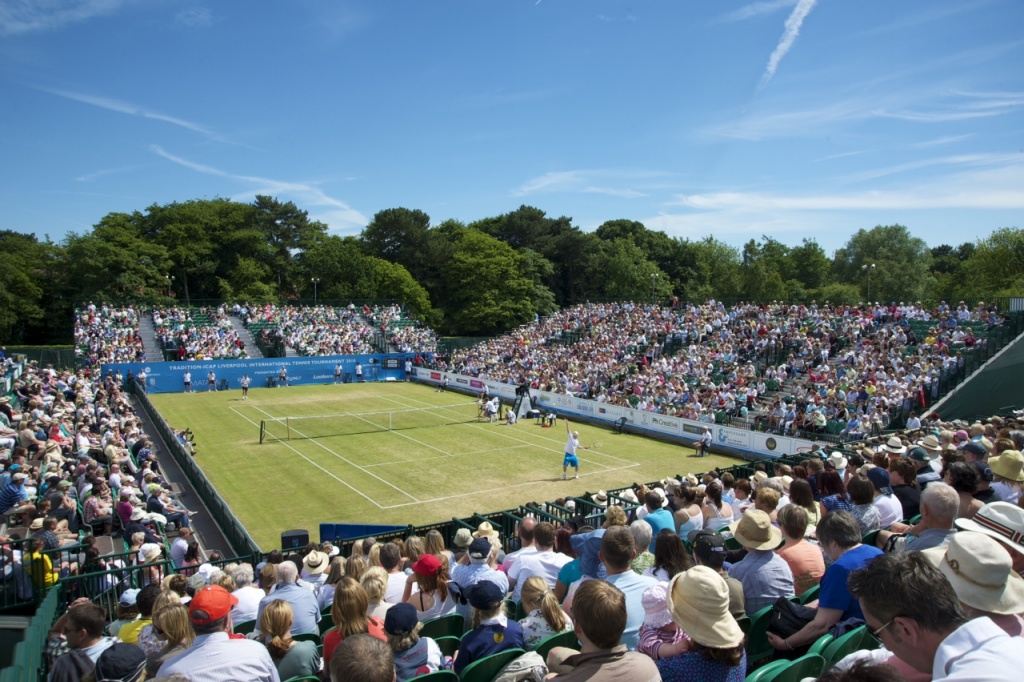 Williams BMW Liverpool International Tennis Tournament director Andres Borg said: “Marion is a fantastic person and a great inspiration to everyone and we very much look forward to seeing her back on the grass courts of one of the oldest sporting grounds in England.”

Also new for this year, William BMW Liverpool is the headline sponsor for the tournament which will again support two very worthy local charities. Royal Hospital Liverpool and Leadership Through Sport & Business will both benefit from proceeds from the event, which over the previous 16 editions, has donated more than £250,000 to local causes.

There will be a number of pop up tennis events taking place across the city centre, including full size courts at Chavasse Park, Liverpool ONE and free tennis lessons throughout the May half term break, a perfect way for the city’s youngsters to burn off some energy and have fun learning new skills.

Tickets are now on sale for the Williams BMW Liverpool International Tennis Tournament 2018 21-20th June 2018, including day tickets and hospitality packages, click here to get yours. To find out more about the event head to www.liverpooltennis.co.uk or follow @LiverpoolTennis for regular updates.

Are you a regular at the tennis? What’s the most thrilling match you’ve ever seen live? Drop us a line on Twitter, Facebook or Instagram with your tennis pics and stories and we’ll share the best on our socials.