Watch: Sgt Pepper's 50th Anniversary fireworks left us in Suspended Time - The Guide Liverpool
Contact Us Advertise with The Guide Our Video Services Follow us: 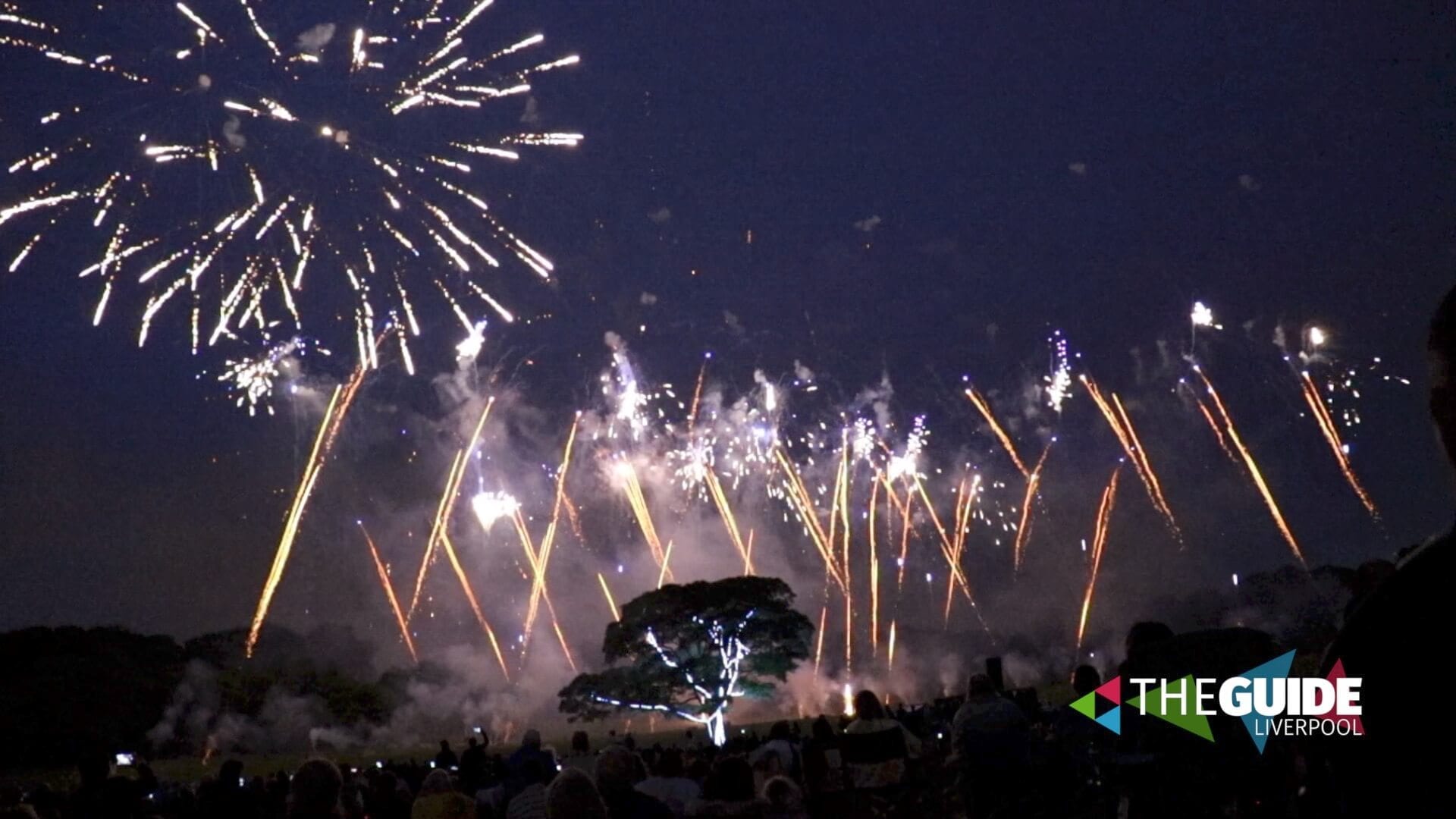 Liverpool has officially started a never-before-seen, city-wide celebration of one of the most influential albums of all time – Sgt. Pepper’s Lonely Hearts Club Band. Released on 1st June 1967 and hailed as the first-ever ‘art rock’ album, the city has curated a unique festival which brings together world renowned artists and Liverpool-based talent, to pay homage to the 50th anniversary of what is widely regarded as the best rock and roll album of all time.

13 artists have been tasked with creating a ‘response’ to a specific track from the iconic Sgt Pepper album. The result is a creative melting pot of events and happenings that people of all ages can enjoy. 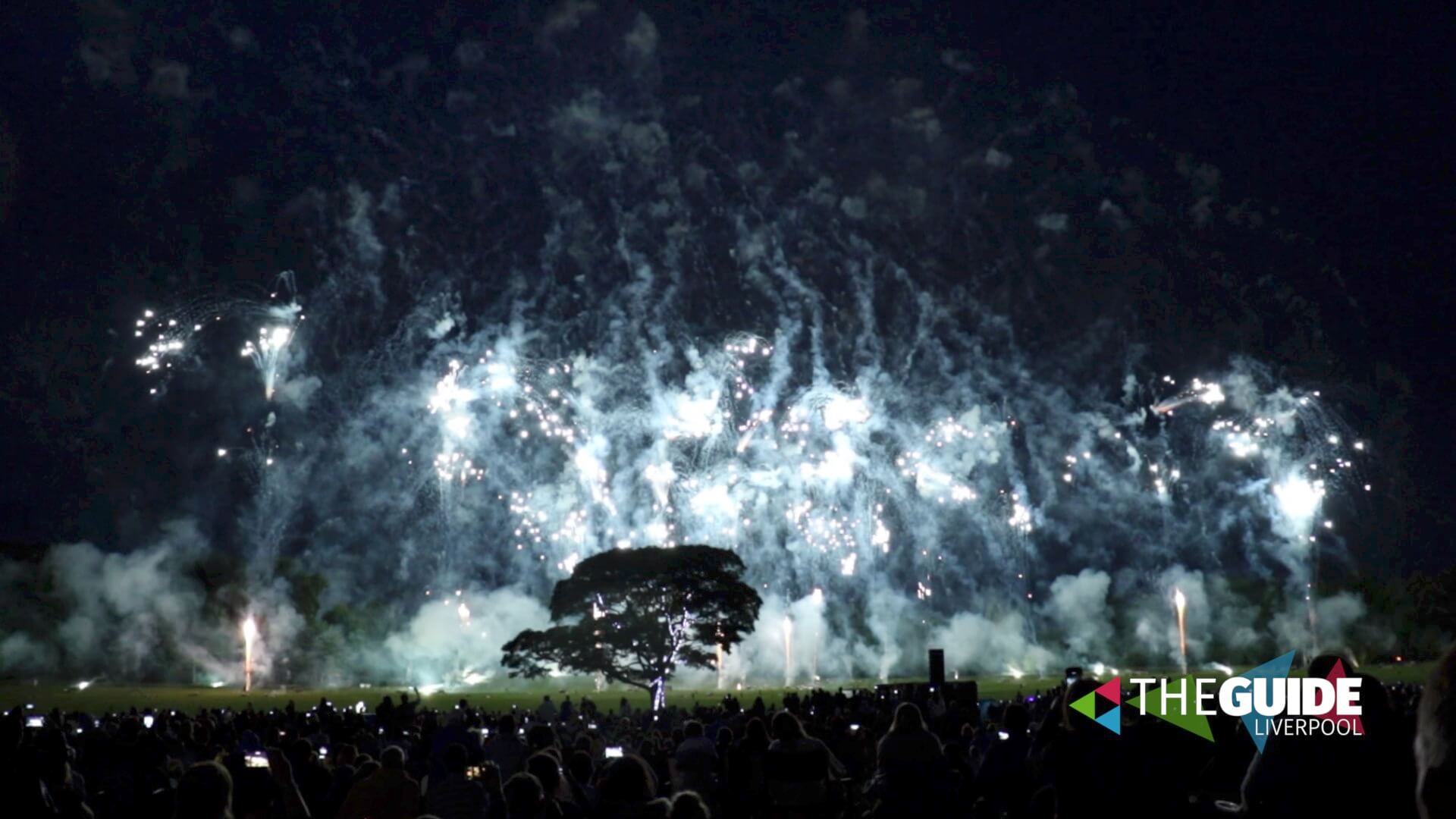 Yesterday (1st June) we were treated to a series of sneak peaks on some of the 13 events happening right across the city until 16th June. From pre-Raphaelite traffic warden processions to a Musicircus, world premier film, ragafests, dance and poetry, and it all kicked off with a jaw-dropping fireworks display at Woolton Woods last night.

The Beatles’ most famous psychedelic track was brought to life in an unforgettable pyrotechnic show, flanked by all manner of feathered friends and quirky puppets from the Lantern Company. 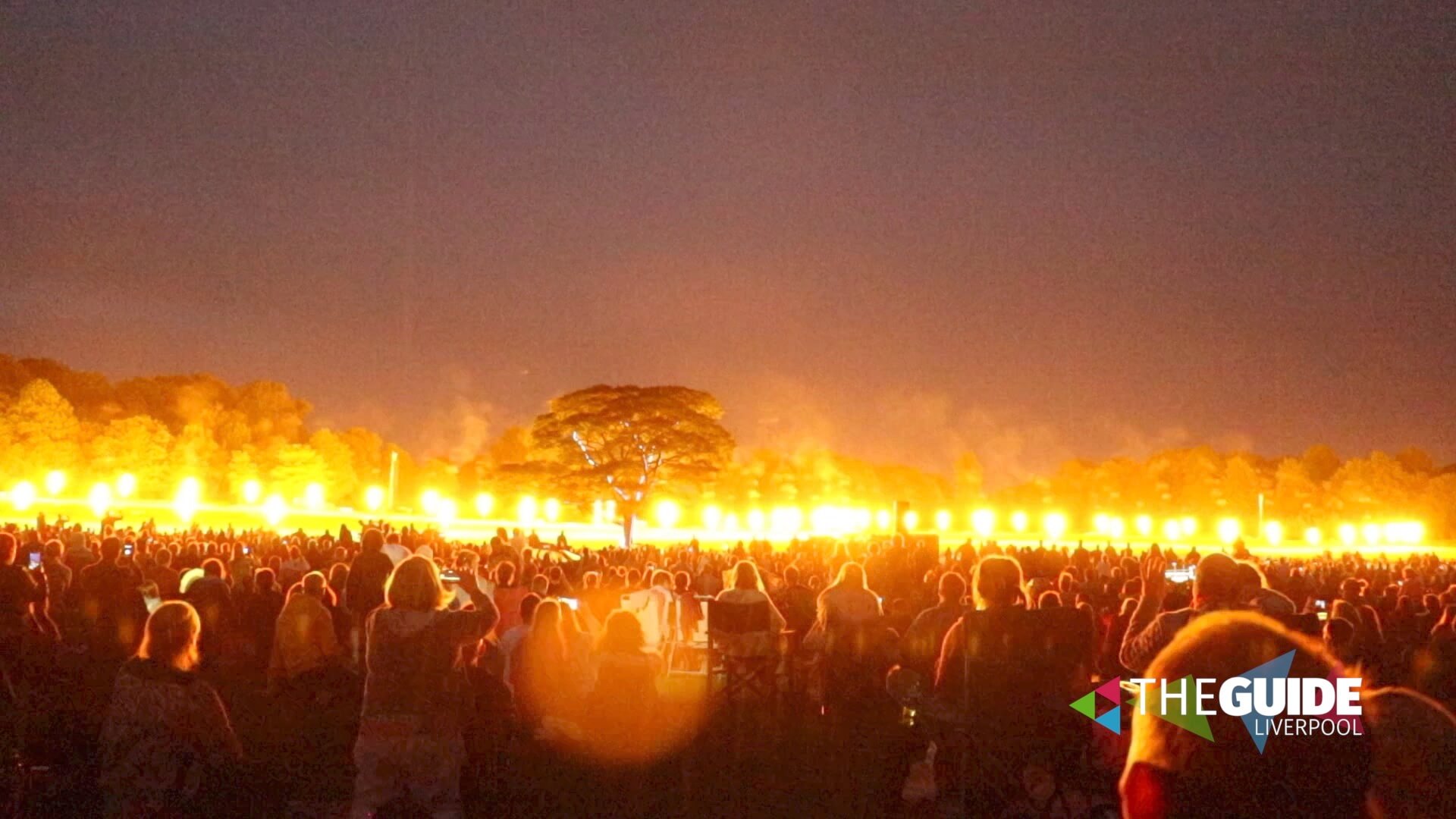 For months, the world’s best fireworks company – GroupeF, led by renowned visual expert Christophe Berthonneau and responsible for some of the biggest pyro projects which have taken place across the globe, has been working in partnership with American electronic music composer Scott Gibbons to create a unique piece of work which celebrates both The Beatles and the city.

The soundtrack itself was made up of Liverpool-specific sounds including the Mersey Ferries and recordings from Beatles-specific locations such as Strawberry Field. 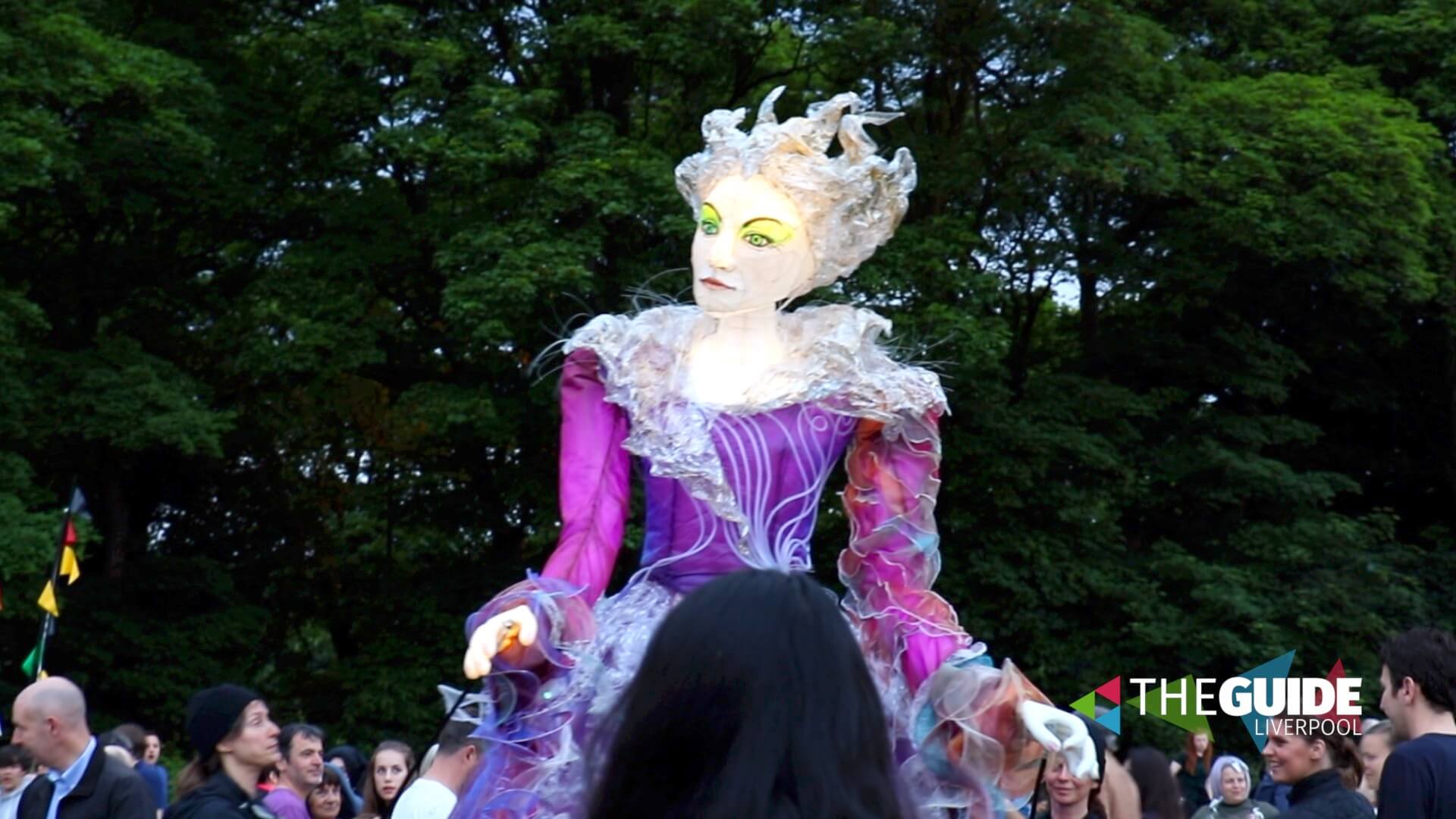 Composer Scott Gibbons said: “The music will trace a path from prehistoric Liverpool through to the present moment, in one single continuous sweep.

“It will be psychedelic and trippy, and celebrate Liverpudlians and mankind’s ability to imaginatively and boldly create the future through delight, and through wonderment. The music will invoke the past but without nostalgia; it will marvel at how the past could have contained the future inside it.”

Social media lit-up during the 30 minute show as the fireworks were reportedly heard as far away as Bootle, Billinge, St Helen’s and also across the Mersey in Wirral. 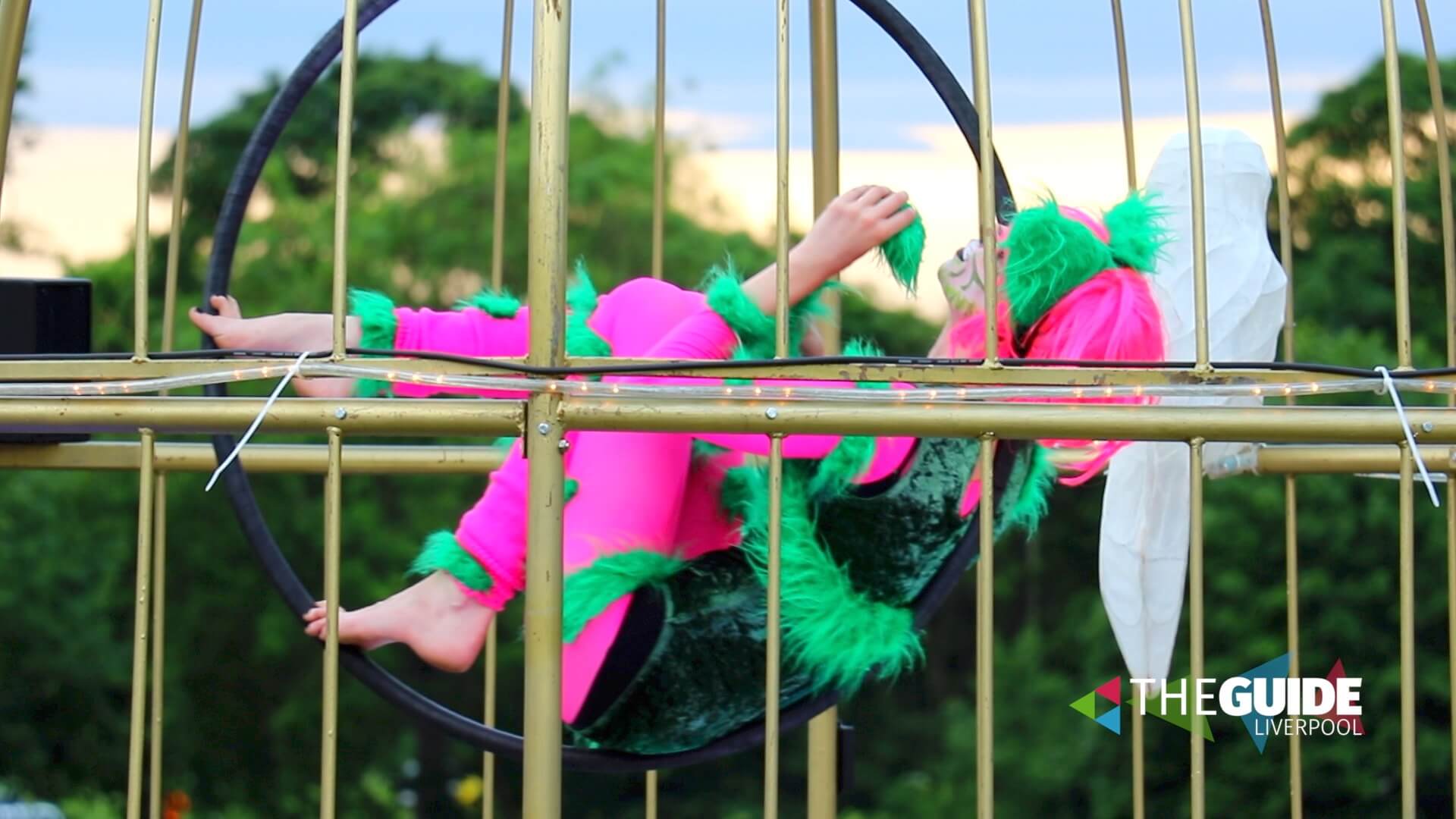 Suspended Time is just one of 13 planned events and happenings taking place at key venues across the city until 16th June. You can find out more by heading to www.cultureliverpool.co.uk or follow @CultureLpool on Twitter for regular updates.

We want to see your Lucy in the Sky selfies and pics! Tweet us @TheGuideLpool or email us [email protected] and we’ll share the best on our socials.