WATCH: We find out what audiences think of the Rock 'n' Roll panto at Everyman Theatre - The Guide Liverpool
Contact Us Advertise with The Guide Our Video Services Follow us:

WATCH: We find out what audiences think of the Rock ‘n’ Roll panto at Everyman Theatre

The Everyman Theatre Rock ‘n’ Roll panto is back so it’s time to warm up your vocals and brace yourself for a wild ride through Sherwood Forest with Robin Hood Tights In White Satin.

The Rock ‘n’ Roll panto is a Liverpool theatre legend, with audiences coming back for musical mayhem, crazy costumes and the occasional soaking, for two decades.

This Christmas, after a year off due to Covid, the regular writing team of Sarah A Nixon and Mark Chatterton have created just the kind of escapist fun show everyone needs.

It’s packed with classic songs – the England footy anthem Sweet Caroline’s in there obviously! – and as usual all the multi-talented cast don’t just act, they play all the instruments in the on-stage band too.

The cast are a mix of familiar faces which Everyman Theatre panto regulars will know, like Adam Keast and Stephanie Hockley, and new talent rock and rolling for the first time.

As for the surreal storyline, expect Robin Hood but maybe not as you’ve ever seen it before.

MORE - Everything you need to know about the Good Market, coming to Metquarter

“Robin Hood doesn’t always bear that much resemblance to the story you think you know, but audiences will have to see the show to find out how,” says Sarah Ogle from Everyman and Playhouse.

There’s definitely been some panto tinkering with characters, so you’ll find Friar Tuckbiscuit, Long John and the Sheriff of Knotty Ash all in there. 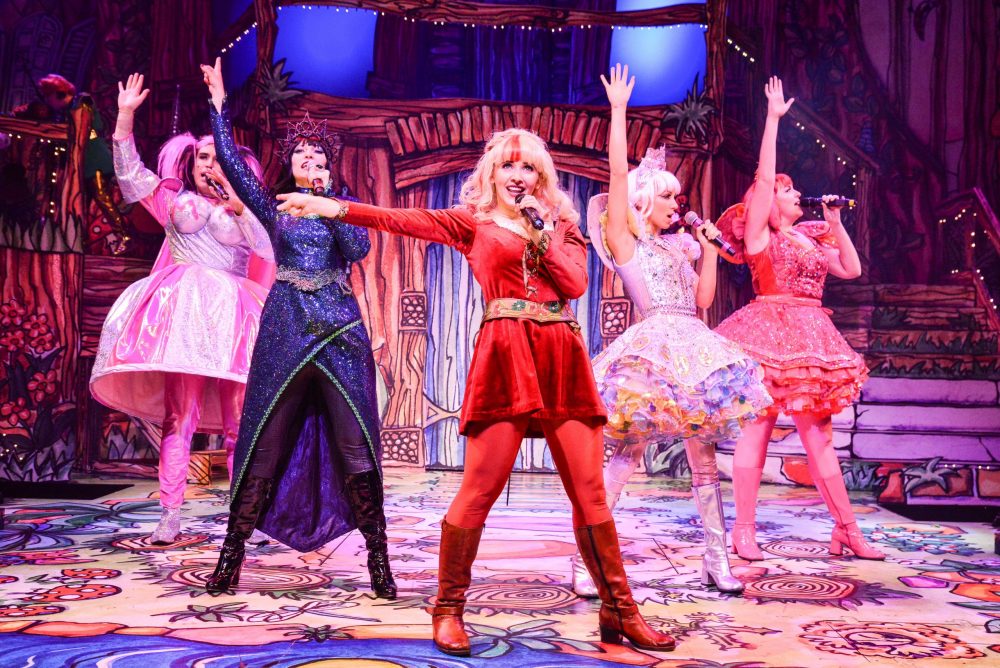 And there’s a dame of course, Josie Jingles, played by Matthew Quinn who made his riotous dame debut in 2019.

Add to that some magical off-the-wall costumes, a dream universe set and costumes full of sparkle, colour and fabulousness and it’s easy to see why the show has already had great reviews.

“It’s been lovely to have full houses and lots of happy faces again, and we’ve been getting brilliant reactions,” says Sarah.

“Everyman’s rock and roll panto is a Christmas institution for families and for adults coming along without children who enjoy it just as much. Our audiences are really mixed so we’ll have school parties sitting with people who are retired, and other nights it’ll be Brownies and Guides with works night out groups.

“It definitely appeals across the ages. Some of that is down to the music, and there’s a great song choice this year, then there’s a bit of audience participation so you might get wet – we’re absolutely keeping that tradition alive.”

So as many people as possible get to see Robin Hood, which runs until January 15, there’ll be accessible shows including a BSL one with a sign language interpreter on stage, and a relaxed performance where youngsters can feel free to come and go and there aren’t so many loud bangs.

“We want our panto to be for everybody who feels they want to come,” adds Sarah. “It’s often the first experience for somebody coming to a theatre, with school or family. It’s wonderful escapism and little ones who’ve never had that experience before leave wide-eyed, they love it and want to come back.”

Book your tickets for Robin Hood at Everyman Theatre here.