WATCH: We get all the Africa Oyé build up and latest lineup news - The Guide Liverpool
Contact Us Advertise with The Guide Our Video Services Follow us:

WATCH: We get all the Africa Oyé build up and latest lineup news 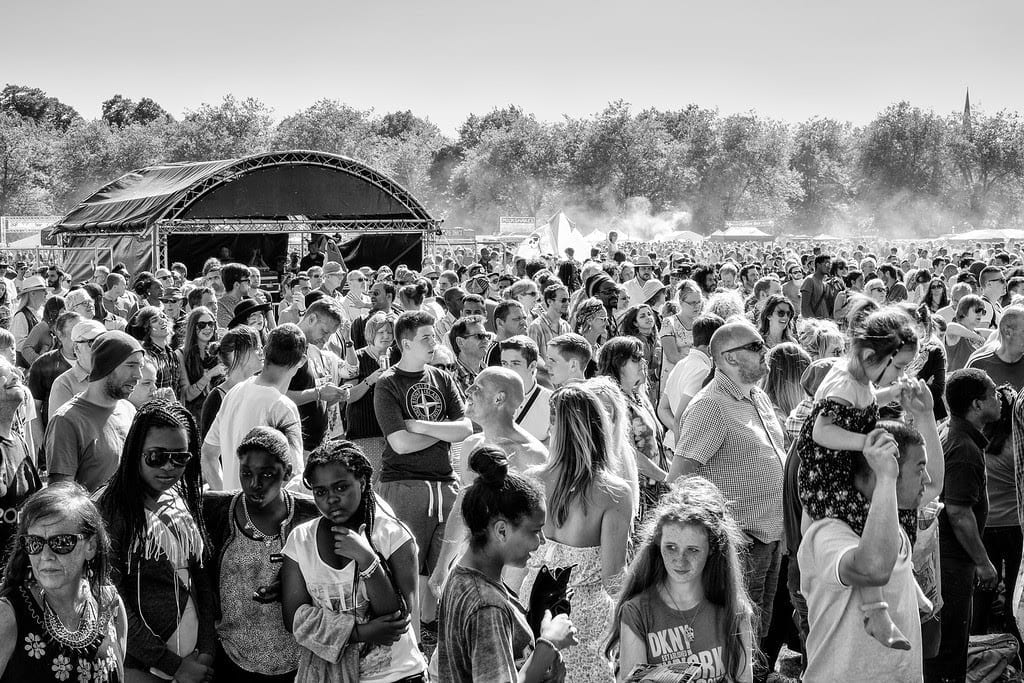 Home › Events › Africa Oye › WATCH: We get all the Africa Oyé build up and latest lineup news

Artists from Malawi, Jamaica and Haiti have been revealed in the final wave of acts for the 27th annual Africa Oyé festival this summer.

Watch above as Gemma meets Africa Oyé artistic director Paul Duhaney at Parr St Studios to get all the info you need on the festival.

Taking place in Liverpool’s Sefton Park on the 22nd and 23rd of June, the music and culture of Africa and the Diaspora will once again take centre stage for two free days of fantastic live performances, DJ sets and multi-arts workshops.

First up from this wave of artists, and joining fellow reggae star Horace Andy on this year’s bill, are Jah9 & The Dub Treatment.

With a vocal style that has been likened to Ella Fitzgerald, and a contemporary freshness in the same vein as Erykah Badu, Jah9 has become somewhat of an icon for the Jamaican movement known as ‘The Reggae Revival’. Her philosophy, spirituality and unique ‘jazz on dub’ style has traveled across Europe and beyond since her debut album New Name launched in 2013 to wide acclaim.

A certified yoga instructor, Jah9 compels her audiences during her live sets to pause, breathe deeply and feel empowered. Her shows, which she describes as “dark magic”, promise to raise the audience’s awareness and call everyone in attendance to a spiritual awakening.

Making a welcome return to the festival after his 2016 set was cut short due to travel difficulties, is the multi award-winning Haitian star, Wesli.

Wesli’s music aims to give a new mainstream life to rhythms and instruments that he says have been neglected as Haiti faces an increasing amount of global commercial music and culture. Weaving contemporary messages into traditional forms, he keeps a wide range of roots percussion at the heart of his songs. “Each Haitian roots rhythm reflects different situations and requires different drums and instruments” Wesli explains. “One unique thing we do in all these genres is dance! We dance to everything in Haiti.”

An established international artist with multiple awards to his name, number one albums on World Music charts, and ample critical praise under his belt, Wesli is now supporting aspiring young Haitian musicians from at-risk backgrounds via a school he opened in Port-au-Prince in 2014.

Rounding off this final wave of artists is Malawian one-man-band Gasper Nali.

Gasper is a Kwela roots musician from the small town of Nkhata Bay on the shores of Lake Malawi. Playing a one-string, home-made, 3-metre long Babatoni bass guitar with a stick and an empty beer bottle, along with a cow skin kick drum, he creates amazing, dance-inducing Afro Beats that the Sefton Park crowd will no doubt relish.

His unique style of music has received an extraordinary amount of online attention after a video of him playing by the lake shore went viral with more than 18 million views on Facebook. He has been featured by CNN, jammed with Joss Stone, appeared on Wired for Sound – Malawi, and has also been featured on BBC 6 Music.

Africa Oyé’s Artistic Director said of the final wave reveal “These three artists really represent the diversity of the festival line-up that we strive for each year. We’ve got a breaking female reggae star, a one-man-band with instruments he’s crafted himself and an international award winning star returning to our stage; artists representing Africa, the Caribbean and the wider diaspora – it’s a perfect final wave of live acts for this year’s festival and I can’t wait for everyone to see them perform.”

As well as the international offering of live music on the main stage, festival-goers will also be able to eat and drink their way around the world with a range of food stalls and traders’ wares on offer in the Oyé Village.