We meet Nikki Grahame backstage at Beauty & the Beast at St Helens Theatre Royal - The Guide Liverpool
Contact Us Advertise with The Guide Our Video Services Follow us: 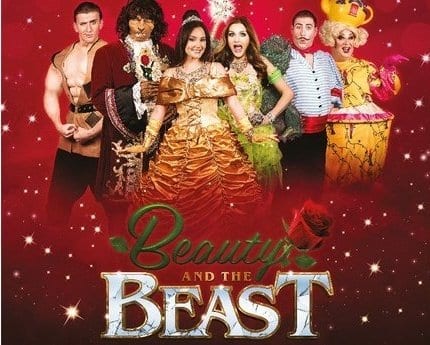 The world has gone Beauty and the Beast crazy and as the motion picture dominates the movie charts we have our own stage version opening here at St Helens Theatre Royal just in time for Easter, and it really is a ‘tale as old as time’.

Running from Saturday 1st to Sunday 23rd April, the family friendly pantomime brings to life the original, timeless story of a selfish and hot tempered prince who is turned into a hideous monster as punishment for his cruel ways and told he must win the affection of a beautiful, young girl in order to regain his humanity.

Our John caught up with the star of the show, Big Brother LEGEND, Nikki Grahame backstage for a natter about the shoe and of course to get some Big Brother goss, could she be going back into the most famous house in the country, and if so who would she take with her??? Watch the chat below…

Producer Chantelle Nolan was delighted to unveil her all-star cast who will be taking to the St Helens stage next weekend. 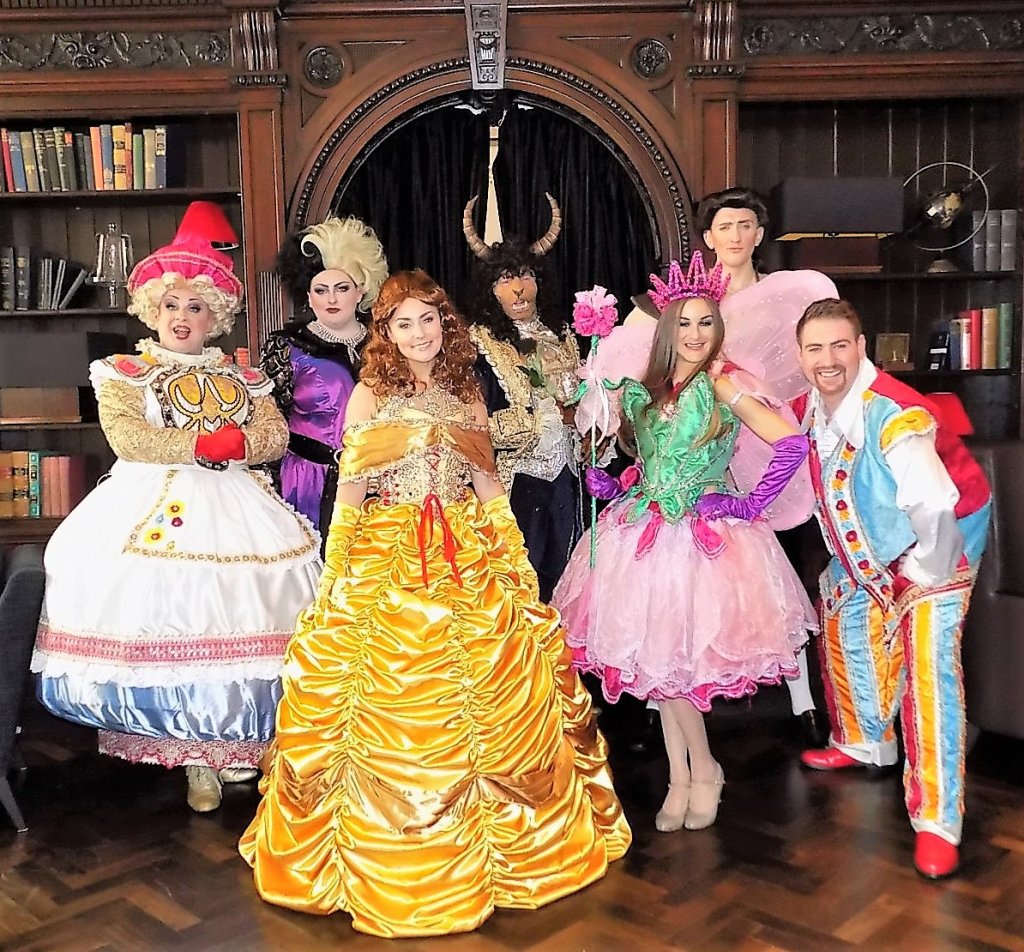 She said: “It’s perfect timing with the new film coming out in the cinemas – I loved the original Disney film and I can’t wait to see the new one.”

And Amy admitted it was her childhood dream to play the heroine in Beauty and The Beast.

“Belle was one of my favourite princesses when I was growing up” she revealed. “She is warm, strong, fun and feisty – she’s a great female role model. It’s a lovely part to play and I’m so chuffed to be wearing her iconic yellow dress!”

No stranger to pantomime, Amy has appeared in eight pantos so far but it’s her first ever Easter panto. 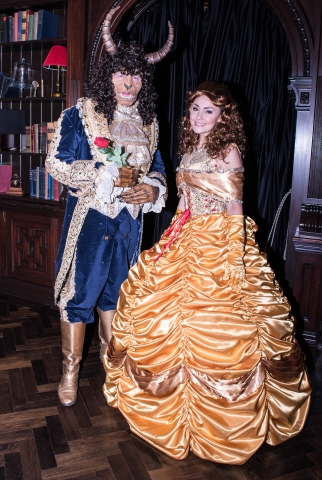 She said: “I’ve never come across an Easter panto before but I think it’s a lovely idea and I love doing panto up North – you can’t beat Northern audiences they are the best!”

She revealed the audience can expect a fun, traditional family panto but with a modern twist. She said: “I think it’s important to be traditional and not to veer too far away from the story or you’ll lose the audience’s attention but this panto has a few modern twists and great songs for everyone from young to old!”

Her co-star Big Brother legend Nikki Grahame will be adding plenty of sparkle to the panto and is also looking forward to coming up to the region.

She said: “I am really excited to be doing panto up here – I love Liverpool – it’s my favourite city!”

Nikki plays the Fairy Rose who is on a mission to make Belle fall in love with the Beast. 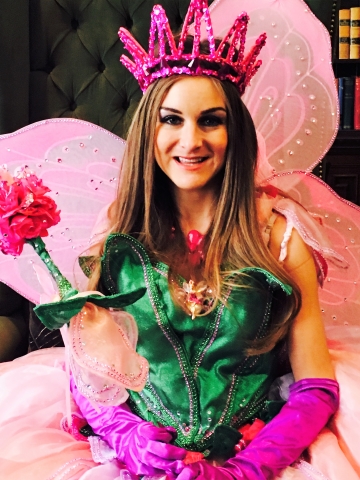 She revealed: “It’s a perfect role for me because I am always setting my friends up with people – I love a good matchmake!

So, will she be uttering her famous Big Brother catchphrase “who IS she…?”

“You’ll have to wait and see…” winked Nikki. “Let’s just say she’s quite a feisty fairy!”

Richard Hazelwood is looking forward to getting his teeth into the role of the ‘roarsome’ Beast.

“I always seem to play animal characters in St Helens Theatre Royal’s pantos,” he grinned. “Last time I was an evil winged gorilla in the Wizard of Oz!”

But Richard has had plenty of training in how to play animals as he studied transformation at drama school and has got those beastly mannerisms down to a fine art, not to mention his roar!

He said: “I feel beastly as soon as I put my horns on!” Laughed Richard. “I play a very gruff beast but he’s not too scary as we don’t want to upset the little ones!”

Battling with the Beast to win Belle’s heart is the brilliant Philip McGuinness who plays the brutish Gaston. 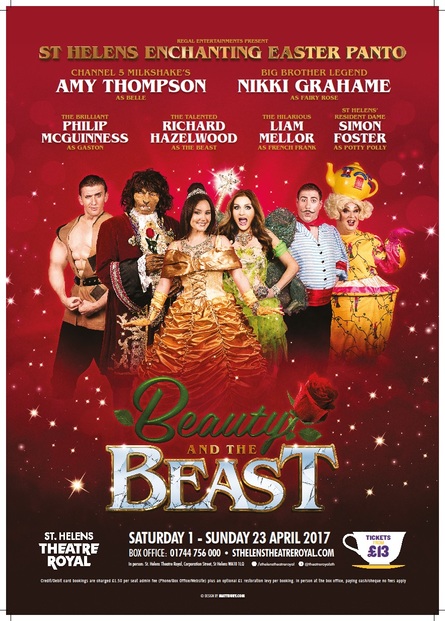 A regular performed in Regal Entertainments’ pantos, Philip is looking forward to strutting his stuff again on the St Helens stage.

He said: “Gaston’s very egotistical – in a room of a thousand people he only sees himself and his reflection is his only friend.

“I love playing parts like this – I am a very physical actor so there will be lots of posing and muscle flexing – as well as lots of selfies and autographs after the show!”

The hilarious Liam Mellor will be causing mayhem and mischief as French Frank and St Helens’ resident dame, Simon Foster completes the cast as Potty Polly.

This charming tale is filled with hilarious comedy, wonderful songs and a story which proves that even the grumpiest of Beasts can change his ways.

The Tale as Old as Time will capture your heart this Easter, so hold off your chocolate eggs and prepare to be swept away by this magical story.

Make sure to book your tickets before the final rose petal falls – this is sure to be the must-see Easter event of 2017!

Beauty and the Beast runs from Sat 1 – Sun 23 April 2017 and tickets are on sale now! Be sure to book early to avoid disappointment.