WE WON! All-night party begins as Liverpool fans celebrate Champions League victory - The Guide Liverpool
Contact Us Advertise with The Guide Our Video Services Follow us: 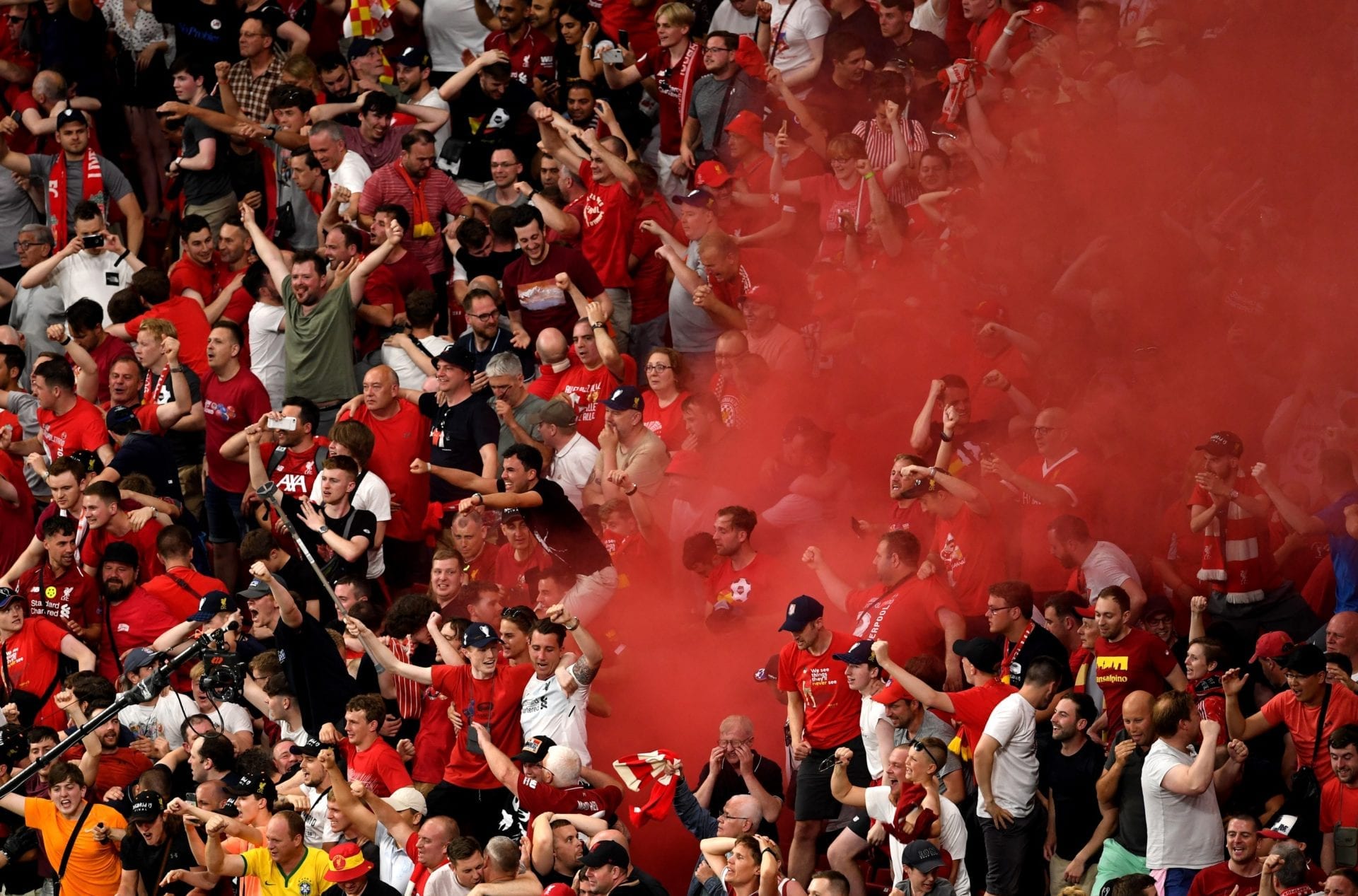 As if we have just won the Champions League AGAIN! We beat London rivals Tottenham 2-0 in Madrid and the smiles couldn’t be bigger!

Jubilant Liverpool fans in Madrid have begun celebrating their team’s Champions League win, with an all-night party expected to fill the streets of the Spanish capital, whilst here in Liverpool the streets have never been fuller!

Tens of thousands of fans travelled to Madrid despite not having a ticket for the match, with many optimistic they would be able to snaffle one at the last-minute.

As the final whistle blew at the Wanda Metropolitano stadium, six miles away in the centre of Madrid jubilant fans embraced, threw beers into the air, and began reprising the chants from the Anfield terraces.

Ray Hill, 50, from Liverpool, said: “We’ve just been enjoying the build-up, the atmosphere, the camaraderie with Tottenham fans – it’s been first class.

“I pay tribute to the Spurs fans cos we’ve had loads coming up to us and wishing us all the best. Brilliant.

“We went down to the Liverpool fan zone (before the game) and it was rammed. To see so many people support your hometown club – a little club from L4 – I’m so proud.”

The build-up to the game went largely without note, after police warned supporters bad behaviour would be dealt with “robustly”.

Fans of both sides went to extraordinary lengths to reach the Spanish capital.

Liverpool fan Joseph Hall, 26, from Leeds, said: “We drove 650km from Barcelona to get here (Madrid) and we watched it outside a bloody kebab shop.

“We underestimated how many people would be here.

Many of those who tried and failed to get into the match followed the game on mobile phones outside the stadium.

Danish national Jimmy Andersen, a Liverpool supporter due to the Reds’ association with countryman Jan Molby, described the win as “the longest orgasm ever”.

He said: “I was in Malaga and was supposed to be on a flight home tonight, but when we beat Barcelona I thought: ‘No way man, I’m not missing this.’

“So my friends came over, too.

“This experience, I wouldn’t trade it for anything. Christmas? Go home!

“This is the longest organism ever.”

Tensions between some fans and police threatened to boil over as supporters from both sides queued patiently in the baking 32C heat to enter the stadium, three-and-a-half hours before kick-off.

Police arrested two Britons – for counterfeit tickets and assaulting an officer – while scores of others were turned away as they tried to get past the security perimeter at the ground.

One young woman was seen being tackled on the ground by an officer after fleeing from security when her fake ticket was spotted.

However, after the game frustrations for most supporters quickly vanished.

Jonny Mor, 28, said he planned on staying up to celebrate the win for as long as possible – because his accommodation is not worth going back to.

He said: “I don’t remember much of the game. The screens actually went off in the pub a couple of times.

“The semi-finals are quite a climax. This was not a let-down cos we won, but it was different.

Back in Liverpool, red smoke filled the air from flares and the mother of all street parties began as thousands of fans left pub TV screens to dance and sing in the streets.

On Matthew Street, strewn with beer glasses and bottles, Ged Evans, 34, from Wrexham, said: “This is the greatest night of my life, short of my kids being born.

Job done ❤️ Victory belongs to those who believe in it the most, and believe in the longest. #LFC @aintreeraces #UCLFinal19 #Liverpool pic.twitter.com/5DCl7HNyIJ

“If you can’t be in Madrid then there’s nowhere else on Earth to be tonight than in Liverpool.”

Bare-chested Matty Smith, 23, a student from Liverpool, said: “This is like Christmas for Kopites.

“We’re going to party until dawn, then go on the parade tomorrow.”