What gigs are on in Liverpool this October? - The Guide Liverpool
Contact Us Advertise with The Guide Our Video Services Follow us:

What gigs are on in Liverpool this October? 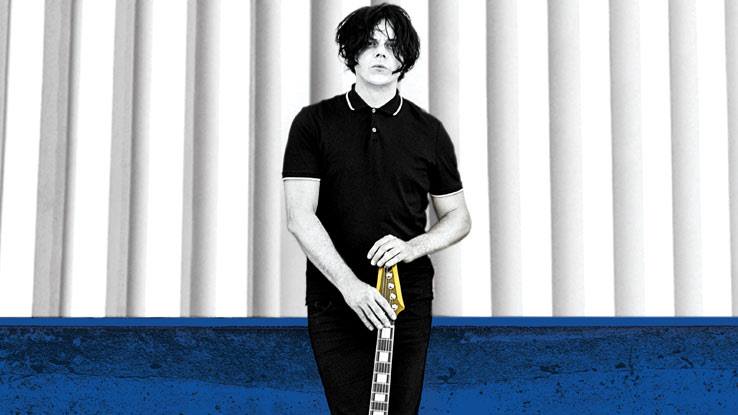 Home › Culture › What gigs are on in Liverpool this October?

This October is the perfect example of how the Merseyside music scene is smashing it!

We’ve got everything from local launches to arena filling superstars, sold out staples to innovative events and anniversary affairs to album signings. OMD’s dual date birthday bash is sold out, as is the headline, homecoming shows for The Vryll Society, but we’ve got some belters that you can still grab tickets for now.

First up this month we have Nick Ellis, a Guide Liverpool favourite, especially as he keeps churning out outstanding quality tunes. His latest single, as featured in our tracks of the month, is an awe-inspiring live session that demands for you to come to the launch of his next release, Speaker’s Corner. Check out the session from the singer-songwriter and grab your tickets here.

You Me At Six Signing and Acoustic Set, The Jacaranda – 8th October

This is a special one. You Me At Six were one of the biggest Rock bands in the UK as the Emo music scene took over the world. They’re one of the few bands from that era that have managed to continue to reinvent themselves and, their latest album, VI, shows this in the best way. This one off chance to meet the band and catch such an intimate live show, in one of the city’s most iconic venues, is not to be past up for anyone who is a fan of the Welsh 5-piece. Grab tickets here before they’ve gone for good.

One of a few icons that are playing this month, and one that made our list of must own Mersey music. The Guild of Students is a glorious venue that is on the larger side, however, when you consider the status of The Coral, this one goes down as an intimate show for the band. Tickets are sure to sell out for this one, so make sure you snap them up here before it’s too late and you’re left dreaming of…what could have been.

This is on the list for two reasons. 1: the band is one of the most exciting new acts in the world right now. 2: it’s going to simply be completely, bat S#!T crazy. Superorganism is a band that spreads across the Atlantic, a musical collective that look to break rules and boundaries. Their debut album shocked the industry as it seemed to come out of nowhere and, put it this way, they’ve made music from literally eating apples…don’t believe us? Check it out for yourself. Grab your tickets now.

HER’S is a local duo that deliver some of the quirkiest, and most charming Indie-Pop that you are likely find in the UK scene right now. The pair have been touring all over the UK, and parts of Europe, for years now and 2018 has seen them release their debut album. This homecoming concert shows just how well they are doing as they upgrade the venue capacity every time they play on Merseyside. This is another that is selling quickly so grab those tickets right now!

If Superorganism push the boundaries through their music, this event aims to push the boundaries of what a gig should be. Curated by our very own XamVolo, The Art Of Difference brings acts from every aspect of the soul spectrum, from the truly Alternative to the more classic and Jazz. The night is all about vibe, something that Volo specialises in as the night is wrapped up with an open jam session that sees some of our city’s best musicians share the stage, with no script what so ever. Grab your tickets for the 4th addition now, line-up to be announced soon.

We’re not entirely sure that it is worth you reading this one because tickets might be gone by the time that you’re finished. Chase and Status are one of the biggest EDM collectives in the world, let alone the UK, as they pioneered the genre into the mainstream. Standard tickets are gone, as you’d expect, but there are some left of the final batch and VIP options still available. So, we’ll keep this short and sweet because we’d hate for you to miss out on this one. Head here now!

Another that you should be rushing to buy right now, our wonderful Philharmonic Hall brings another legendary act to our city, this one with limited tickets available. OMD sold out almost instantly, and you won’t have long left for this one either. Pioneers in their genre, Soul II Soul have banger after banger such as Back To Life and Keep On Movin,that are now staples of the genre. But you knew that, so why are you still reading this? Head here to get your tickets before they’re gone!

Front man of The White Stripes, the Raconteurs and a world famous solo artist in his own right, Jack White is the perfect blend of arena superstar and innovative auteur. White helped shaped a movement back when The White Stripes hit the UK with their smash hit, Seven Nation Army, and since then White has worked alongside the likes of Jimmy Page, The Rolling Stones and Alicia Keys. Tickets are very limited; so get them before they’re gone to see this guitar mastermind in the flesh.

Another auteur, Jeff Lynne made the comeback of a lifetime, playing live around the UK for this first time in decades back in 2016. Electric Light Orchestra are one of those bands that are totally unique and cannot be compared to anyone else and we were delighted to see that he started releasing new music, and decided to take their space age show back around the world. This is another that has limited tickets, so make sure you’re welcomed aboard the good ship Lynne before it’s too late.

Another month chocked full of live music and another month that proves why Liverpool is the musical capital of the UK. What gigs are you most looking forward to? Let us know on [email protected].