Who Is Aurora and Why Should You See Her At LIMF 2018 this Sunday? - The Guide Liverpool
Contact Us Advertise with The Guide Our Video Services Follow us:

Who Is Aurora and Why Should You See Her At LIMF 2018 this Sunday? 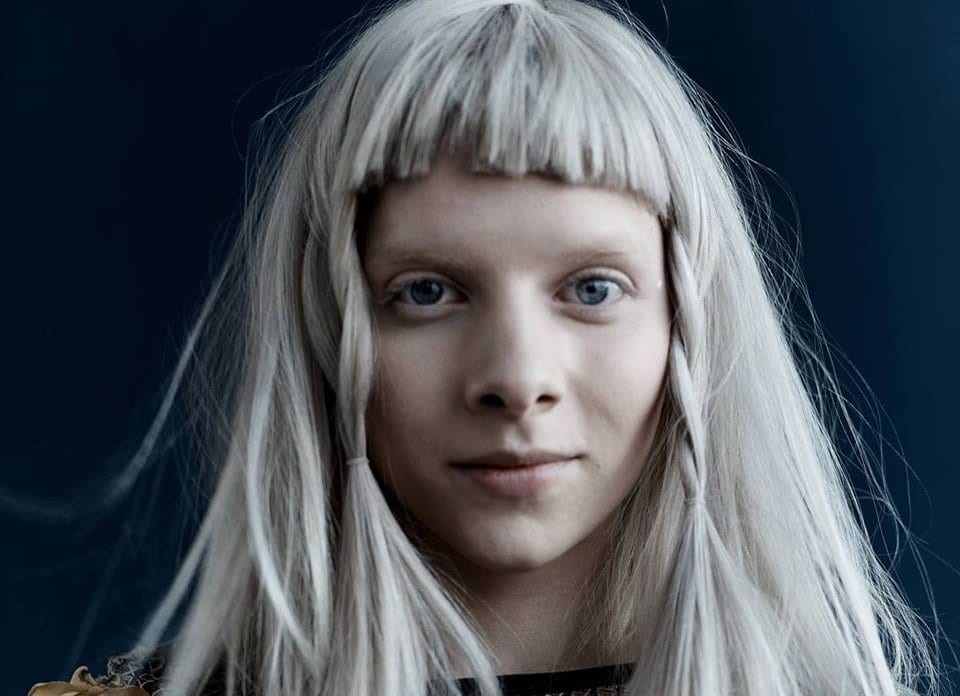 Home › Culture › Who Is Aurora and Why Should You See Her At LIMF 2018 this Sunday?

LIMF 2018 has a line up that brings back classical favourites as well as pushing the boundaries by bringing cutting edge artists to the city.

There are few artists more cutting edge than Aurora, both musically and culturally, and we’re lucky enough to have her on the Central Stage on Sunday 22nd July.

MORE: Your ultimate guide to LIMF 2018, with everything you need to know is here

Aurora is undoubtedly a positive presence in the music industry, as a young woman who knows exactly what she wants from her career and goes about achieving it in a credible and creative way. She also sings about feminism, equality and displays all the right messages throughout her lyrical content, even shown in the title of her latest album, Queendom. In an interview with the Evening Standard she is quoted as saying that she wants to fight for “…everything that can’t fight for itself, which is the planet, the children, animals, sometimes the women, sometimes the men”. She has such a wise head on her shoulders and is only 21 years old!

If you’re thinking that you’ve never heard of Aurora, well you’re just plain wrong. She has been the soundtrack to many a TV show, film or advert including Teen Wolf and FIFA 16. But, the one place that you will definitely know her melancholic  voice from is the 2015 John Lewis Christmas Advert, as she beautifully covered the Oasis hit, Half The World Away. She can lay claim to many mesmerising covers such as David Bowie’s Life On Mars, for the Netflix original, The Rachel Divide. More recently. her haunting tones were  put to great use for the trailer of Tim Burton’s upcoming, live action remake of the Disney classic, Dumbo. Now that’s huge…

You can compare Aurora to many artists such as Susanne Sundfør, Lorde and even Kate Bush, but they don’t tell the full story by any stretch. She is as close to being a truly original artist as you can be in this day and age, making every creation something innovative and exciting. Also, as you’re about to find out, she is just that; an artist. Aurora isn’t just a singer or performer, (although she’s bloody good at that part) she is an all round artist, something that is unique in itself, and something coming to Sefton Park this Sunday.

As we said, she is not just a singer, her creativity expands into filmmaking, having mad,  and starred,  in 3 short films and been a narrator for the 2017 TV show, Creeped Out. Her 3 short films all have her playing herself in a bid to express the messages of her music in a visual and more creative way. Into The Light, Nothing Is Eternal and Once Aurora are all available now to watch by simply following the links – we highly recommend that you do so.

Someone so damn creative is obviously going to gain recognition, and Aurora has done so an astonishing amount for someone at such a young age. From Album of the Year at the EBBA Awards, to Best Norwegian Artist at the MTV Europe Music Awards, Aurora has a wealth of nominations and winners medals under her belt. This  even includes a Scholarship and Public Choice Award at Spellemanprisen 2015, a prestigious awards ceremony often touted as the Norwegian Grammys.

The new album, Queendom, firmly puts her stamp on the new music scene right now, showing her quality and imagination in equal measure. She comes to LIMF 2018 in support of her latest release so we are expecting to hear the bangers and ballads from the 2018 release being belted from the Central Stage. This album is an emotional rollercoaster that will be right at home being blasted out of the huge sound system on the biggest stage at the festival.

Aurora is the type of artist that is hard to predict, and that is exactly why we think you should see her take to the Central Stage on Sunday 22nd July. Just exactly what she might deliver is unknown, but surely that type of mystique is exactly why you should catch her set  at LIMF 2018. What we do know is that she is an artist who deserves you’re support at what is sure to be the festival of the year in the region.

Book your tickets now for just £5 per day, and you have up until midnight Saturday night to book your ticket for Sunday for just a fiver, on the door it’s £10. Head to www.limfestival.com and keep it here as we bring you LIMF TV Presented by The Guide Liverpool