We have teamed up with our mates at the Liverpool Empire to bring you this week’s episode of The Guide Liverpool (currently showing on Bay TV) and one massive competition.

Details on each of the shows below… 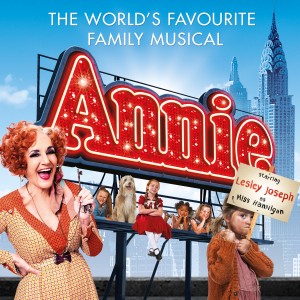 A cracking new production of Annie, the world’s favourite family musical comes to Liverpool next week for one week only, starring Birds of a Feather’s Lesley Joseph as the tyrannical Miss Hannigan!

Set in 1930s New York during The Great Depression, brave young Annie is forced to live a life of misery and torment at Miss Hannigan’s orphanage. Determined to find her real parents, her luck changes when she is chosen to spend Christmas at the residence of famous billionaire, Oliver Warbucks. Spiteful Miss Hannigan has other ideas and hatches a plan to spoil Annie’s search.

With its award winning book and score, this stunning musical pulls out all the stops and includes the unforgettable songs Hard Knock Life, Easy Street, I Don’t Need Anything But You and Tomorrow. You can bet your bottom dollar that you’ll love it! 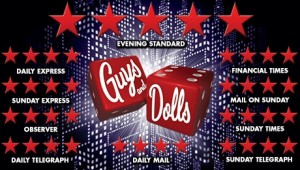 A joyous and vibrant celebration of Prohibition-era New York, Guys and Dolls first premiered on Broadway in 1950 and captured the optimism and energy of post-World War Two America. This hugely popular andmulti award-winning musical, based on the colourful stories by American journalist Damon Runyon renowned for his vivid fictional depictions of the gamblers, hustlers and nightclub singers of New York, features some of Broadway’s greatest musical numbers including ‘My Time of Day’, ‘Luck be a Lady’ and the show-stopping ‘Sit Down You’re Rockin’ the Boat’. Guys and Dolls is directed by Gordon Greenberg with choreography by Cuban dancer and former Royal Ballet star Carlos Acosta and Andrew Wright whose credits include Chichester Festival Theatre’s Singin’ in the Rain. 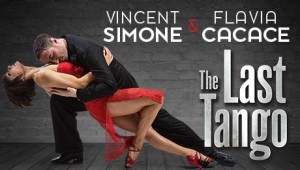 Fresh from their sell-out hit shows Midnight Tango and Dance ’Til Dawn, Strictly superstars Vincent Simone and Flavia Cacace have created their most moving production yet as the pair prepare to dance in their final ever theatre show. The Last Tango opens in September 2015 ahead of a 33 week theatre tour, which visits the Liverpool Empire from 4th-6th April 2016.

Twenty years of dancing together has seen them become Strictly Come Dancing favourites, World Argentine Tango Champions, and create and star in their own Olivier Award nominated West End productions – but now, as the nation’s favourite dancers prepare to take on new projects, it is time for Vincent and Flavia to say goodbye to audiences across the UK in a brand new, thrilling live performance. 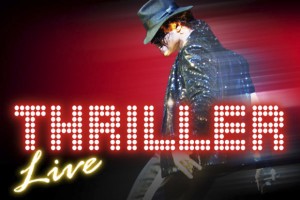 Now in its record breaking 8th year, THRILLER LIVE is a spectacular concert created to celebrate the career of the world’s greatest entertainer.

After opening in the Lyric Theatre in London on 2 January 2009 to rave reviews, Thriller Live has celebrated its seventh birthday in the West End, embarked on a world tour and a sell-out UK arena tour, played over 3000 shows globally to 3 million fans, visited over 30 counties and entered the West end record books by becoming the longest running show in the Lyric Theatres 125 year history.

Taking you on a visual, audio and electrifying journey through the magic of Michael’s 45 year musical history, you will experience over two hours of non-stop hits from pop to rock, soul to disco. Paying homage to Jackson’s legendary live performances and innovative dance moves executed with flair, precision and passion this is a show that you will never forget.

Expect your favourite songs delivered by an exceptionally talented cast and band, including: I Want You Back, ABC, Can You Feel It, Off The Wall, The Way You Make Me Feel, Smooth Criminal, Beat It, Billie Jean, Dirty Diana, Bad, Rock With You, They Don’t Care About Us, Dangerous, Thriller plus many more!

911 and The Big Reunion star Lee Brennan will make his musical theatre debut when he joins the cast of Footloose: The Musical, playing the role of Willard at the Liverpool Empire from 9thto 14th May 2016.

Lee Brennan is widely recognised as one third of multi-million selling pop group 911. One of the biggest pop acts of the 90’s, 911 were one of only five acts in the decade to achieve ten consecutive UK Top Ten Hit Singles, selling over 10 million records around the world and touring the UK four times. Lee returned to 911 in 2013, when the band reformed for ITV’s smash hit series The Big Reunion. An arena tour followed, where they played to over 200,000 fans alongside acts including Five and Blue. Lee makes his theatre debut in Footloose.

Lee said today: “I am unbelievably excited about joining the amazing cast of Footloose! It has always been a dream of mine to perform in a musical and I cannot wait to get started in my role as Willard. I loved the film and have seen the current stage version and it blew me away!”

Based on the 1984 screen sensation starring Kevin Bacon, Footloose: The Musical tells the story of city boy Ren, who has to move to a rural backwater in America where dancing is banned. All hell breaks out as Ren breaks loose and soon has the whole town up on its feet. Featuring classic 80s hits including Holding Out for a Hero, Almost Paradise, Let’s Hear it for the Boy and the unforgettable title track, Footloose: The Musical is set to take the world by storm once again in this brand new production, bursting with youthful spirit, dazzling dance and electrifying music.