Work starts on new Mersey Cruise Terminal - The Guide Liverpool
Contact Us Advertise with The Guide Our Video Services Follow us: 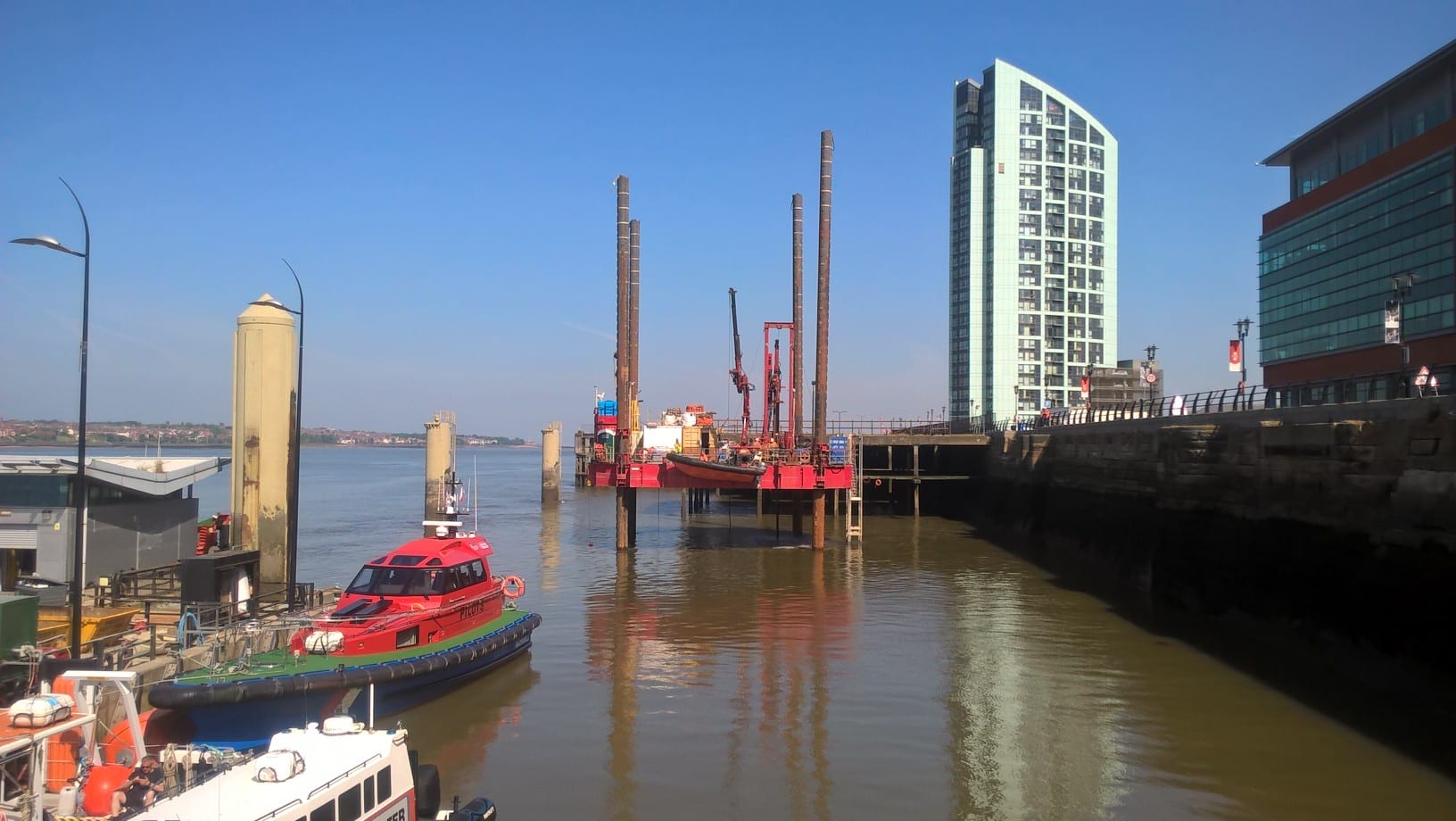 The first phase of construction of Liverpool’s new Cruise Liner Terminal has begun.

An overwater jack-up platform has arrived in the River Mersey to begin site investigations on the bedrock on which much of the new facility will be built.

This jack-up platform will be working for approximately four weeks in order to establish the strength of the seabed near to the Princes Jetty.

Working around the clock, drillers, engineering geologists and support crew will be drilling a total of seven boreholes into the river bedrock, extracting and testing rock samples, to understand the geological layers – or strata – present beneath the site.

Geotechnical engineers are simultaneously drilling a further seven boreholes on land in Princes Parade to carry out ground investigations.

The results for both river and land tests will then determine the design of the piled foundations for the terminal, which will contain a suspended deck, and the associated facilities. 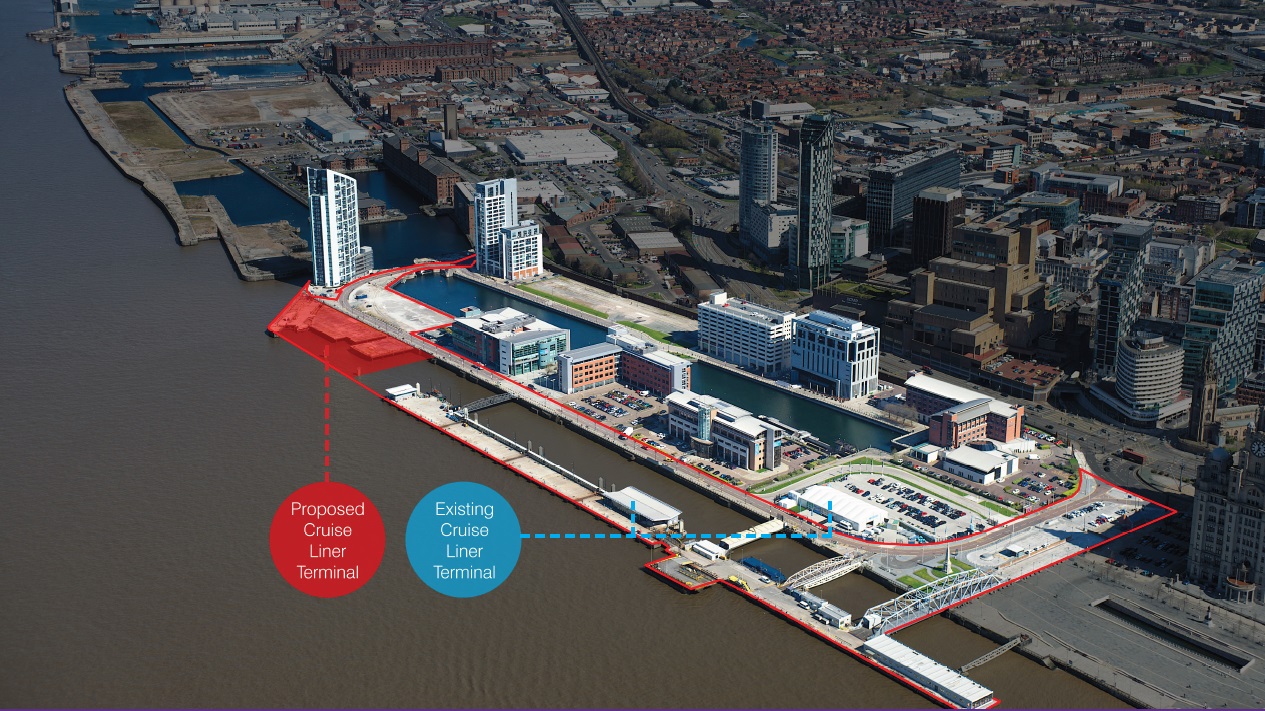 The investigation works are funded by Liverpool City Council, designed and supervised by AECOM Ltd. and performed by Fugro GeoServices Ltd.

The new facility, which replace the current terminal, will enable the city to welcome the world’s biggest cruise ships to its UNESCO listed World Heritage waterfront.

Mayor of Liverpool, Joe Anderson, said: “Liverpool is used to welcoming majestic vessels to the Mersey, like the Queen Victoria the other day, but this unusual looking jack–up platform is arguably our most critical visitor this year given the importance of the work its carrying out.

“It is a symbolic moment for the next chapter in the city’s maritime future as these site investigations will determine the foundations upon which our new Cruise Terminal will be built.

“The city is working with the very best in the engineering industry to deliver this very complex project which shows our determination to create a world class experience for the cruise companies and their passengers.

“Much work is still to be done but it will be fascinating to see the terminal begin to rise out of the river later this year.

“This new cruise facility will be a huge boost to our visitor economy plans to regenerate the North Liverpool docklands and create thousands of new jobs which is why we’re putting together the best team of experts to ensure we build this facility to the very highest standards.”

Liverpool City Council recently appointed one of the UK’s leading building and civil engineering contractors McLaughlin & Harvey to carry out the first stage of a two stage design and build contract. 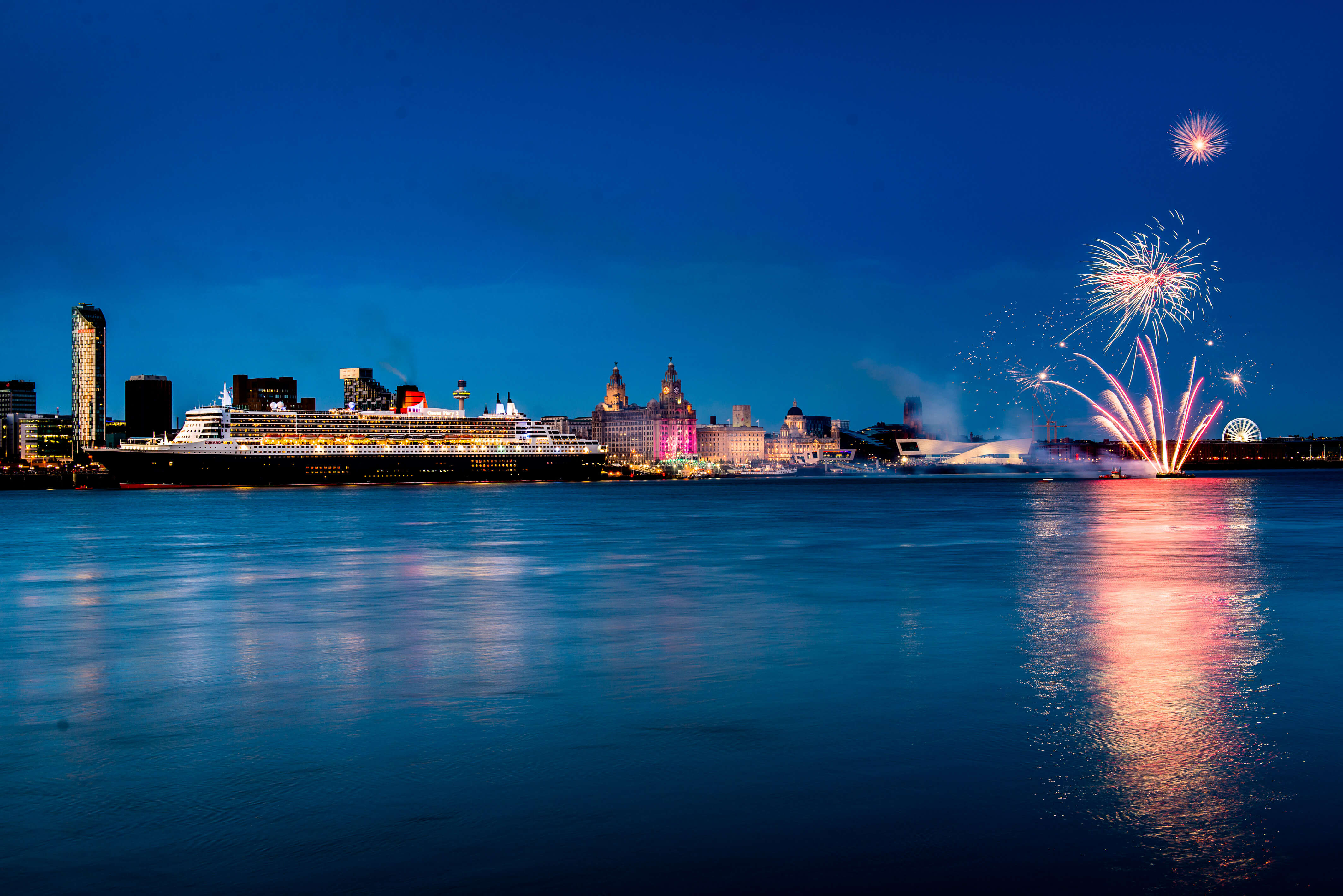 The first stage will consist of supporting the council’s appointed design team, led by Ramboll UK, to finalise the design and construction method, including completing enabling works such as the controlled dismantling of the existing derelict Princess Jetty, which has been gifted to the city by Peel Land and Property.

They will also establish the final construction costs by inviting competitive sub-contract prices for each package of works in advance of the second stage main contract award, whilst designing out construction risks. McLaughlin & Harvey will also be fully supporting the Liverpool in Work programme to provide and promote engagement with local subcontractors and suppliers, and offer local employment opportunities.

The main contract works involve the construction on a suspended deck structure and the erection of a vehicular linkspan bridge and pedestrian bridge / walkway to connect the new terminal to the existing landing stage.

It also includes improvements to the existing landing stage, including modification of existing buildings such as the lower cruise terminal reception building, relocation of the building on the northern end of the pontoon and creation of an ancillary buildings for storage and use by operational staff; improvements to Princes Parade to incorporate pedestrian crossing facilities, provision of terminal parking, pickup and drop off facilities, and supporting development. 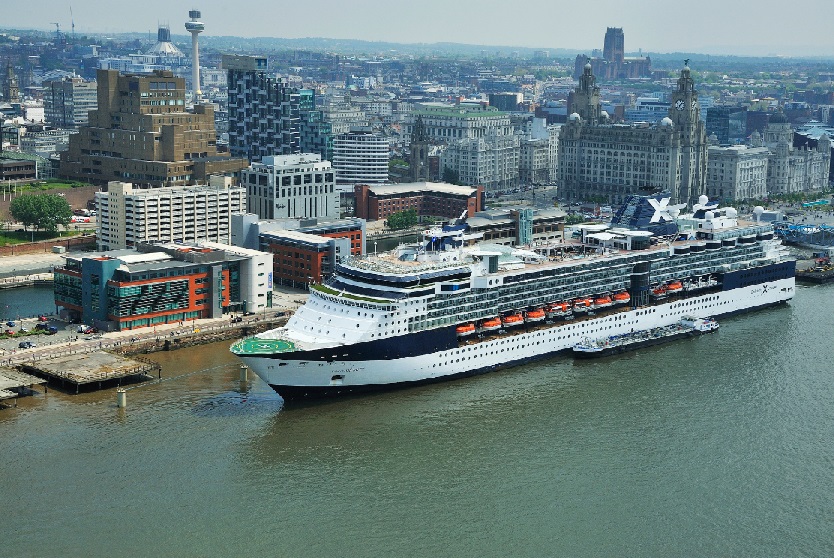 This year Liverpool will welcome more than 57 vessels, with 100,000 passengers and crew, but the council wants to capitalise on the cruise boom by creating a state of the art passenger and baggage facility, complete with passport control, lounge, café, toilets, taxi rank and vehicle pick up point, to cater for Liverpool’s growing appeal in the cruise industry. The current terminal generates more than £7m a year to the city’s economy.

Now that the outline planning application for the new facility was approved by the council’s Planning Committee, in April, site preparation at Princes Dock, in Liverpool Waters, is expected to start in October 2018.

The council is also in the process of promoting a Harbour Revision Order through the Harbour Authority to remove the existing jetty and construct the new terminal.

Further planning applications could potentially include supplementary projects with a new 200 room hotel and 1,700+ multi-storey car park to enhance the city’s capabilities in handling the next generation of turnaround cruises, which can carry up to 3,600 passengers.

What do you think about the new Cruise Terminal? And have you ever sailed off into the sunset from our city? Let us know on Twitter and Facebook and we will share you comments.