A runner from Wrexham has completed his 23rd London Marathon, helping to raise vital funds for North West Cancer Research.

After completing the renowned running event for the first time at 25, Chris still has the running bug at 57 and remains committed to using his hobby to help raise funds for a cause that’s close to his heart.

North West Cancer Research, which is headquartered in Liverpool, is an independent charity dedicated to putting the region’s cancer needs first by funding life-saving research and education to tackle the cause, improve the care and find the cure for cancer.

Chris completed this year’s race, which took place on Sunday 3 October, in three hours and 57 minutes – beating his target of four hours and five minutes. He was one of 80,000 runners on the day.

Originally from Essex, Chris has lived in North Wales since 1996 and attended Lancaster University. For him, running for North West Cancer Research, which focuses on research and awareness for cancers specifically prevalent in the region he resides, was an easy choice. 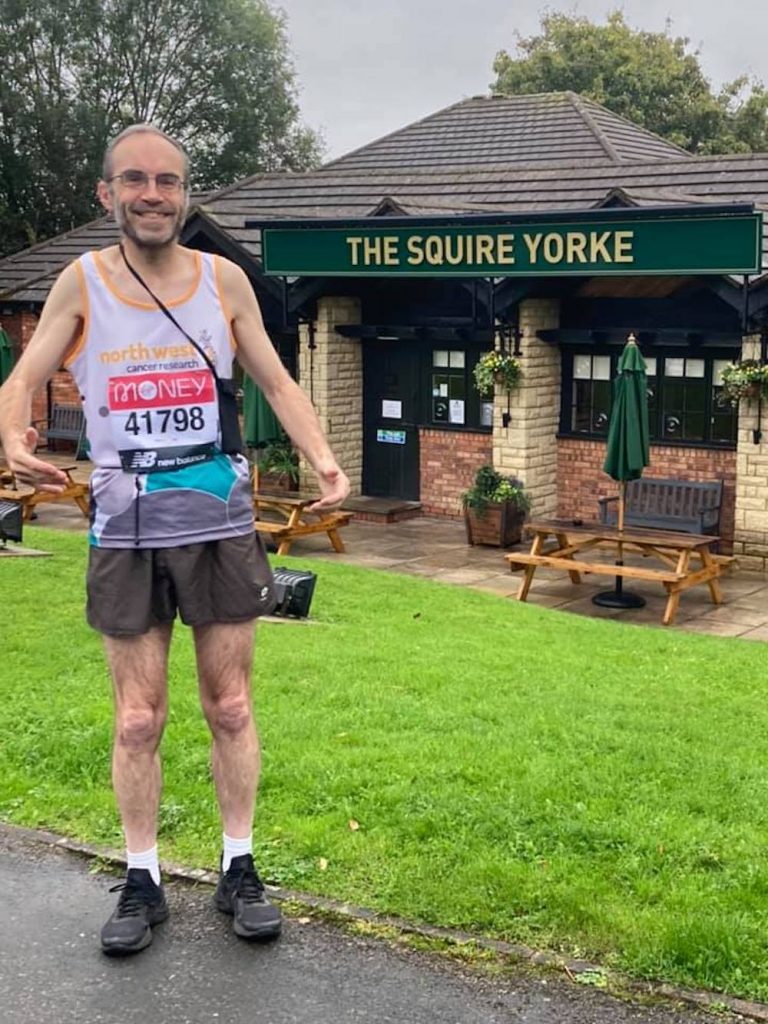 Chris Hall in 2020 taking on the virtual marathon

When discussing his participation, Chris said: “I was first asked to run on behalf of North West Cancer Research by a colleague and I couldn’t think of a better charity to support. It’s an amazing feeling to know that my running achievements are helping fund potentially life-saving research, particularly in the area where I live, work and train.

“It was great to be back in London this year, running the route in real life. The virtual marathon of 2020, which I completed near my home in Wrexham, wasn’t quite the same, so it was great to have support from the crowds and other runners this year. I’m going to enjoy a well-earned rest but will be back training for the 2022 event soon enough.”

MORE - Stoptober: Ex-smoker thanks hospital staff who helped him quit

“Completing 23 marathons is a truly remarkable achievement, and the entire team cannot thank Chris enough for his hard work, support and commitment to raising money for us.

“Chris has always gone above and beyond with his fundraising efforts, which is evident in the amount of money he has raised over the years. The funds will go a long way towards advancing our work in the North West and North Wales, helping us to undertake life-saving research into the prevention and treatment of the cancers most affecting people in the region.”

Donations can still be made via Chris’ JustGiving page, which can be found here.

MORE - Liverpool voted 3rd most popular UK city in a poll of over 800,000 people