It’s not just music, gigs and events we like to talk about on The Guide Liverpool we also cover one of the best topics on the planet….CAKES! We all love them, and every fortnight Ceri Newton who runs Gorge’us Cakes on The Wirral treats us to one of her famous recipes. This time it is all about the Meltins Moment – Mmmmmmm!

I dream in cake.

I’ve noticed that lately. I get a thought, a memory, and wonder how I could turn that into something else.

This week it was Melting Moments. Those oats biscuits with the indentation in the centre that was sometimes just a hollow, but sometimes contained a little jewel of jam. I remembered them from primary school days, and apart from chocolate sponge with chocolate sauce, they were my favourites.

The thought stays with me for ages, and I puzzle with it. Usually in the mornings when I am at the shop, on my own, in the unique quietness that early mornings have.

I looked for a recipe for Melting Moments, but it didn’t look quite right, so I took the same ingredients and used them in a different way. I actually came up with 3 different ways to use the mix, which got me thinking how incredibly lucky I am to be able to do something I love every day, and to do things on a whim, try new things, experiment.

I will give you one of the recipes later, but first I wanted to share another little gem I enjoyed this week.

I had the opportunity to have a little try with something new for my lovely friend Michelle who had a birthday this weekend.

For Christmas Michelle bought me a jar of Earl Grey syrup because it “looked interesting” she said, and I suppose because she is a massive Earl Grey Tea fan! 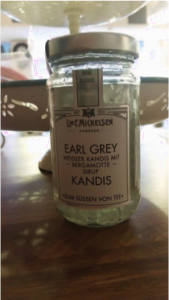 I started with the Victoria Sponge recipe but instead of vanilla extract I put in 2 tablespoons of the syrup. In order to be able to check the flavour without taking a massive chunk out of Michelle cake I put a small amount of the mix into a cupcake case and baked it. That way I knew if it needed anything else.

As it turned out, it did. There was something there but didn’t taste much like the Earl, so I pricked the warm sponges all over with a cocktail stick and poured another 2 tablespoons of the warmed syrup all over both and then allowed them to cool. 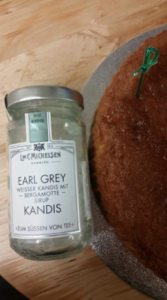 Earl Grey Tea is served with sliced lemon, so I chose to do something along those lines to fill and cover the cake.

I sandwiched the cake together with a good lemon curd and then folded more lemon curd into some softly whipped cream. I had toyed with the idea of using Limoncello as I know it is one of Michelle favourite liqueurs, but I thought she would be sharing it with her family, including young nieces so stuck to the curd!

I wanted the cake to look pretty so chose a star nozzle and piped it all over, starting centre top, in roses. 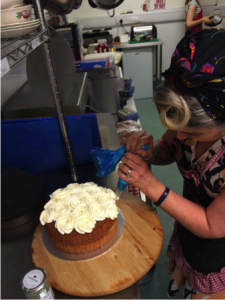 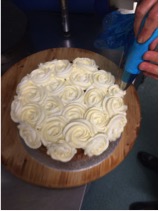 Finished off with a flourish of glitter, the end result was lovely, and the birthday girl was delighted! 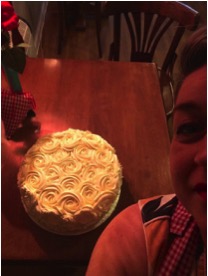 As promised, here is the Melting Moment recipe.

Cream together the sugar a dream butter until soft and fluffy. Mix in the rest of the ingredients. The finished dough will be stiff.

You could make individual biscuits which would be delicious OR you could use it as a Base for something new and more interesting.

Here’s hoping for some new dreams for next time! 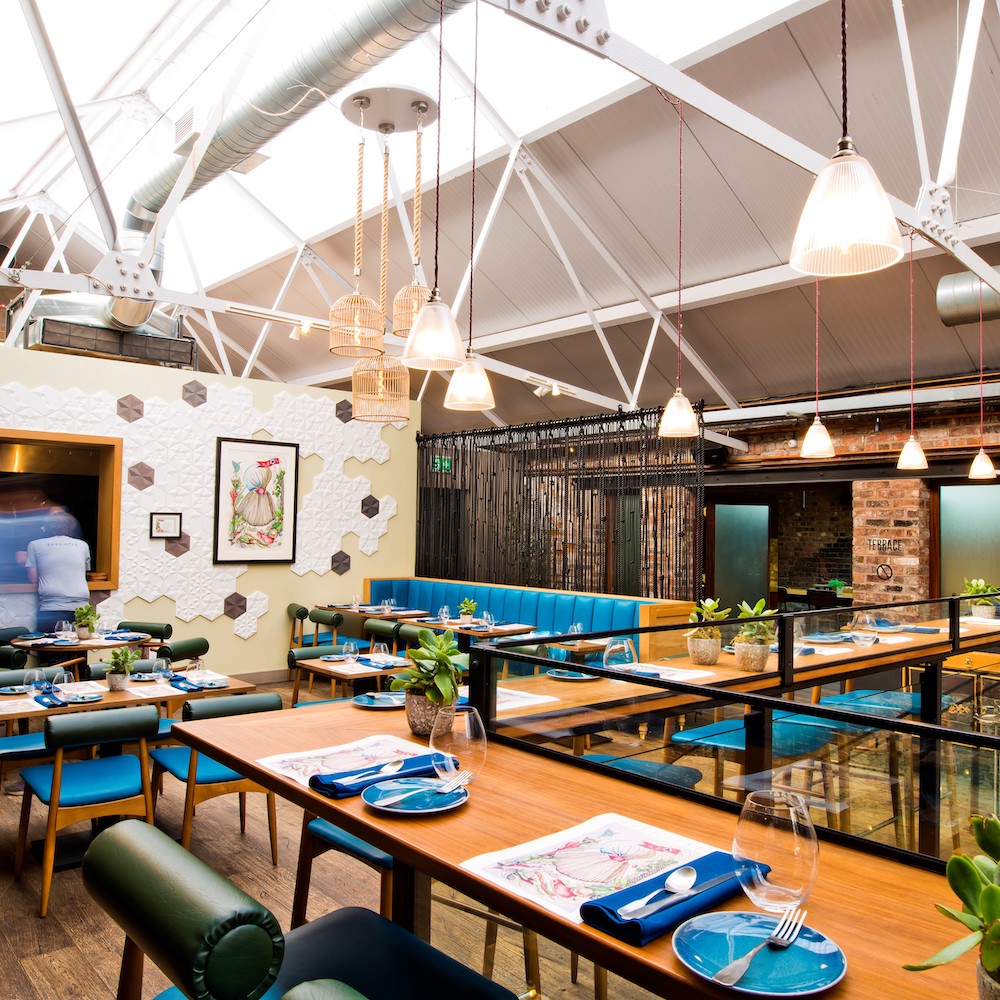