Yoko Ono & more to exhibit art at The Bluecoat for its 300th anniversary - The Guide Liverpool
Contact Us Advertise with The Guide Our Video Services Follow us: 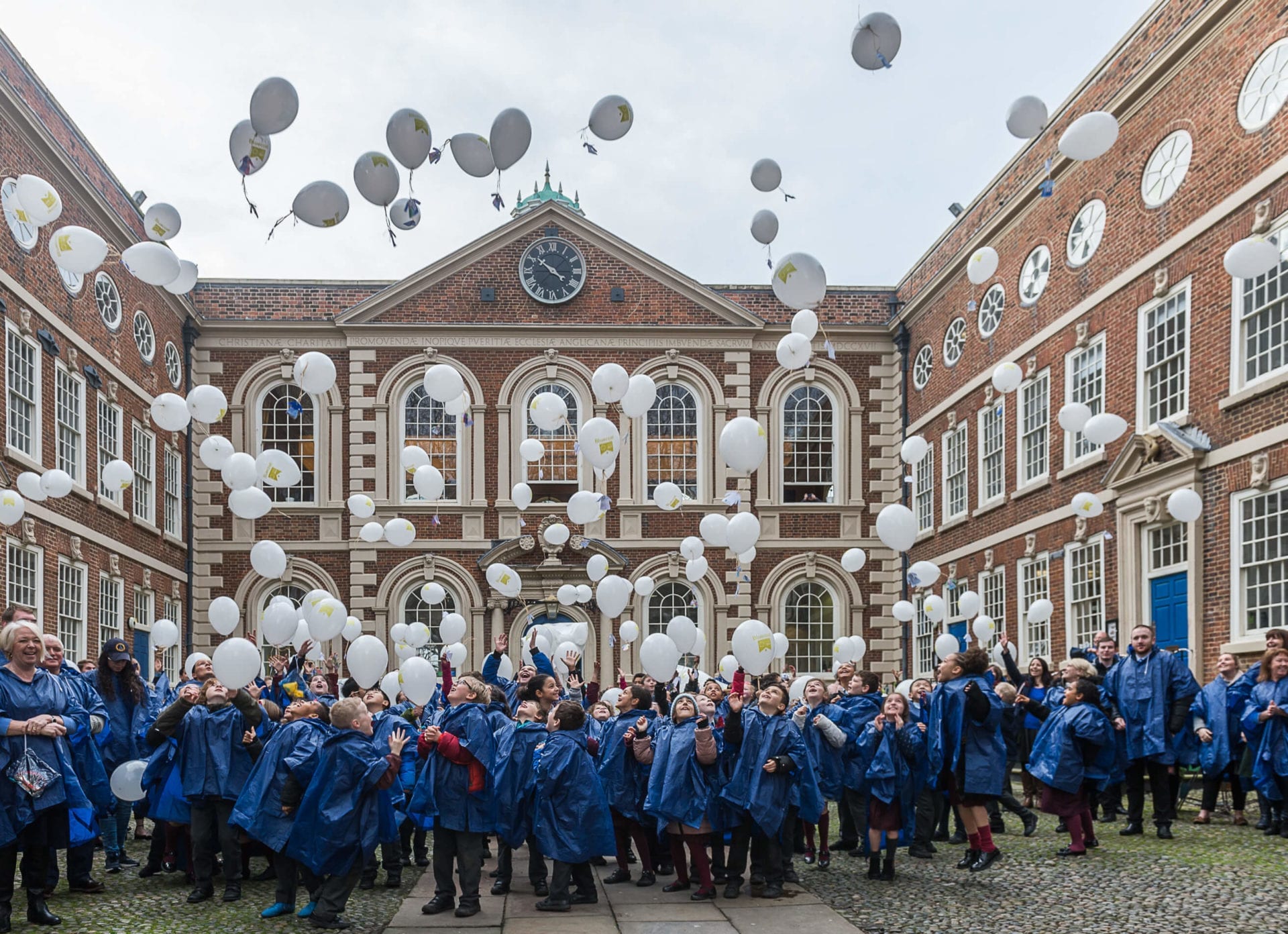 Drawn from over 50 years of art at Bluecoat, Public View (4 February – 23 April 2017) will feature 100 artists who have previously exhibited at the gallery, many at the beginning of their careers, and several now high profile artists.

Public View will present a wide range of work, including paintings, drawings, prints, sculptures, photographs and video, with many pieces previously exhibited in the gallery, some re-made especially for the exhibition, and others completely new. 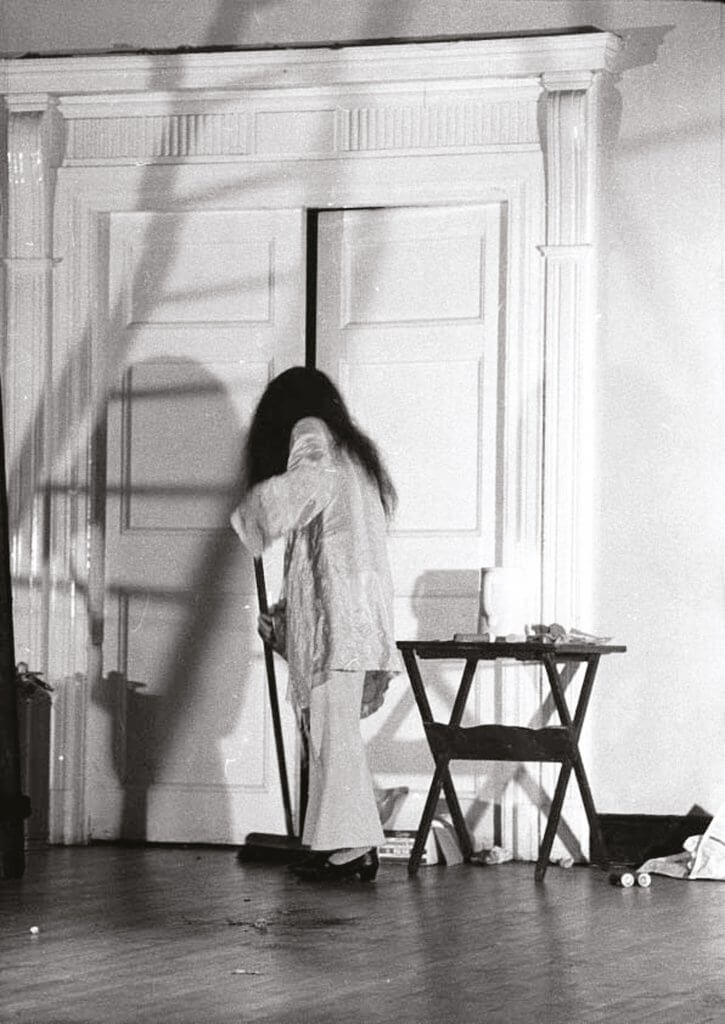 Reflecting Bluecoat’s continuing commitment to artists in the city region, there will be a strong representation of Merseyside-born artists such as Chila Burman, Mark Leckey and Paul Morrison, as well as others living and working locally, including Pete Clarke, Alan Dunn, Nina Edge, Leo Fitzmaurice, David Jacques, Paul Rooney, Twin Studio and Imogen Stidworthy. These have exhibition profiles beyond Liverpool, including internationally and many had their first significant shows at Bluecoat. 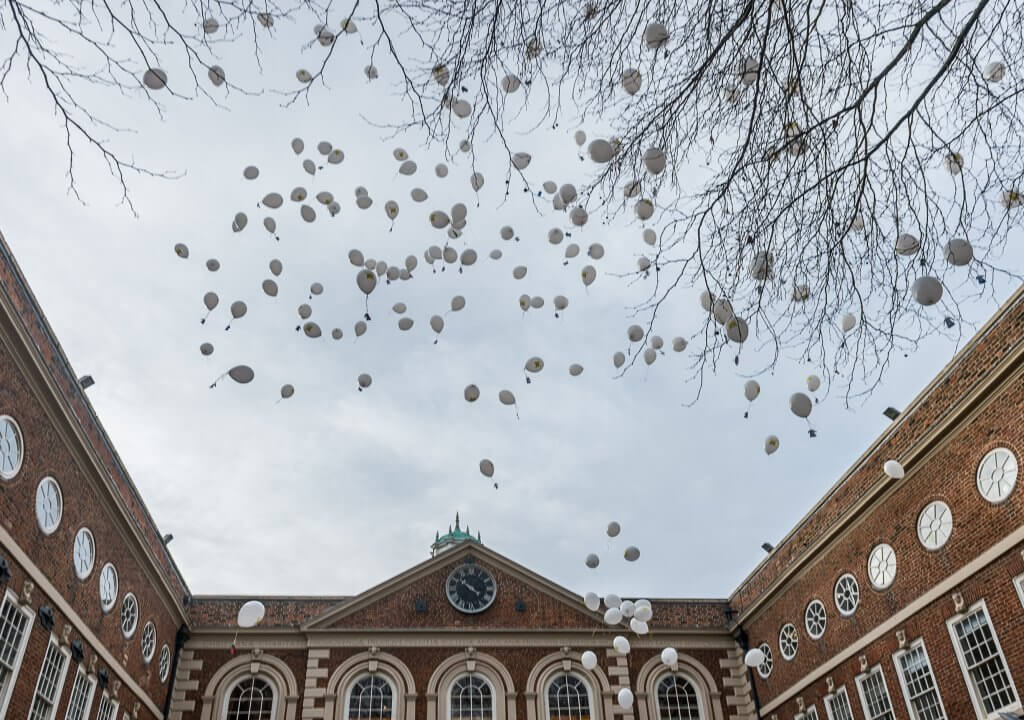 • Pete Frame’s Eric’s Progeny family tree, charting the careers of musicians associated with Liverpool’s famous club. The work is courtesy of artist, musician, writer and record producer Bill Drummond, who himself has work in the exhibition.

• Jeremy Deller’s print History of the World, which resulted from his Acid Brass, commissioned by Bluecoat in 1997

• A new series of photographs from John Akomfrah, showing for the first time

• A series of ‘punk portraits’ by John Hyatt (artist, and professor at Liverpool John Moores University) first shown at Bluecoat in 1986; and a remake of a life sized female figure from newspaper by Lin Holland(artist, and senior lecturer at Liverpool Hope University), originally exhibited in 1987. 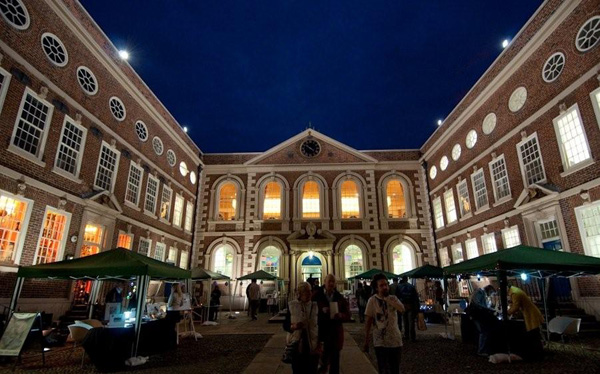 Bluecoat has been showing new art for over 100 years, from Roger Fry’s seminal Post-Impressionists exhibition in 1911 that featured Picasso and Matisse, to showcases of the next generation of artists like the recent Bloomberg New Contemporaries.

Over this period Bluecoat has developed a reputation as an important regional gallery, helping launch many artists’ careers, initiating and hosting significant UK and international touring exhibitions, and being at the forefront of new developments in the visual arts, while nurturing the local artists’ community.

The Bluecoat building, a fine example of Queen Anne style architecture, began life as a charity school in 1717, before housing an arts community in 1907, and formally becoming an arts centre in 1927, making it the first of its kind in the UK.

Its anniversary programme sees 300 days of celebration, running from 4th February to 30th November, 2017. It will comprise exhibitions, performances of music, dance and live art, literature events, commissions, a sociologist in residence, and a major heritage participation project, My Bluecoat.

Bluecoat Chief Executive Mary Cloake said: “Bluecoat has been at the heart of Liverpool’s cultural life for many years and it seems fitting that, as the first exhibition in our 300th anniversary programme, Public View will highlight the diverse range of artists who have exhibited here. Bluecoat has always strived to be at the forefront of developments in contemporary art in the UK, often bringing major artists to Liverpool for the first time.

“The organisation has played a key role in representing Liverpool on the national stage, and in establishing the city as a centre for ground breaking art. It is thanks to the support of the people of Liverpool that Bluecoat has been able to achieve as much as it has during its 300 years, and we invite everyone to join us in 2017 to celebrate our history and achievements, and look forward to our future”.

Bluecoat Artistic Director Bryan Biggs, who has curated the exhibition, said: “Public View brings together works since when the gallery space was improved and an exhibition programme formalised. Even with 100 artists, this is but a small, though significant, sample of the thousands of artists who have shown here. It aims to reflect something of Bluecoat’s curatorial interests and distinctive exhibition programming over this period.

“Visitors will be able to see some of their favourite artists or art that will be familiar from previous exhibitions, while at the same time discovering exciting new artwork, some of it never exhibited before.

“There is a wide range of work included, with many of our ‘artistic alumni’ generously donating their work in the exhibition, or another work, to a fundraising auction to be held later this year that will help ensure Bluecoat continues its support for artists.

“The exhibition is the perfect start to Bluecoat’s 300th anniversary year. It celebrates the achievements of our past while simultaneously looking towards the future as we maintain our long-running connection with these artists and continue our commitment to supporting artists at all stages of their careers.”

For more info head to The Bluecoat website here.