The final piece in the UK’s largest multi-city street art project, in support of the @GetItRight campaign, is unveiled today in Liverpool with a giant design that celebrates Liverpool’s dynamic creative and digital industries.

Fittingly adorning two 20m x 20m walls of the art deco former Littlewoods building, which is undergoing a £25m transformation into new state of the art film and television studios, the design, is inspired by four of the city’s hottest new talents across music, digital and TV. 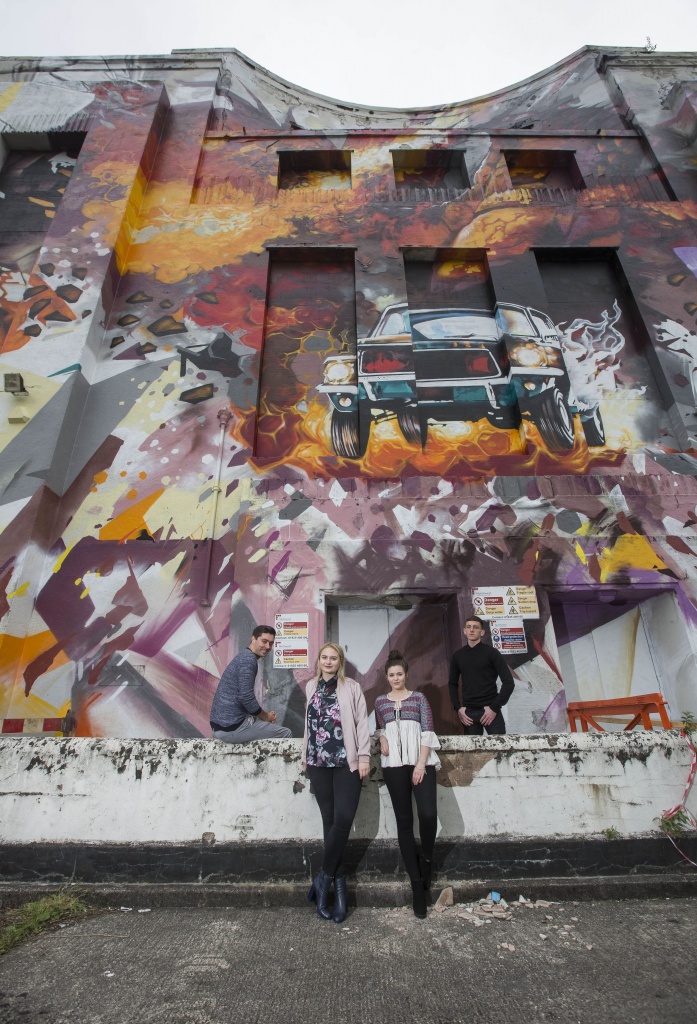 EDITORIAL USE ONLY
A giant piece of street art featuring Leon Rossiter, Lapsley, Katherine Rose Morley and Louis Berry and the cult game WipeOut is painted outside the Littlewoods building in Liverpool by Local artists Replete and Beta, who created the artwork as part of the UKÕs biggest Multi-City street art project, commissioned by ÔGet it Right from a Genuine SiteÕ. PRESS ASSOCIATION Photo. Picture date: Wednesday 25 May 2016. The Liverpool activity is the last in a series of four projects commissioned by the initiative, which is working to promote increased awareness and respect of the value of the UKÕs creative industries, the previous artworks were unveiled in Bournemouth, Cardiff and Birmingham. Photo credit should read: Fabio DePaola/PA Wire

The artwork is the fourth and final piece in the UK’s largest ever nationwide street art project which has seen 788 hours of painting and over 850 cans of spray paint used to cover a combined wall space of almost 1,400m sq.

The project was commissioned by the consumer education initiative Get it Right from a Genuine Site which aims to raise awareness and respect for the value of the UK’s creative industries.

The artworks in Birmingham, Cardiff, Bournemouth and now Liverpool, each tell the unique story of the creativity that is helping shape the cultural identity each city now and in the future. 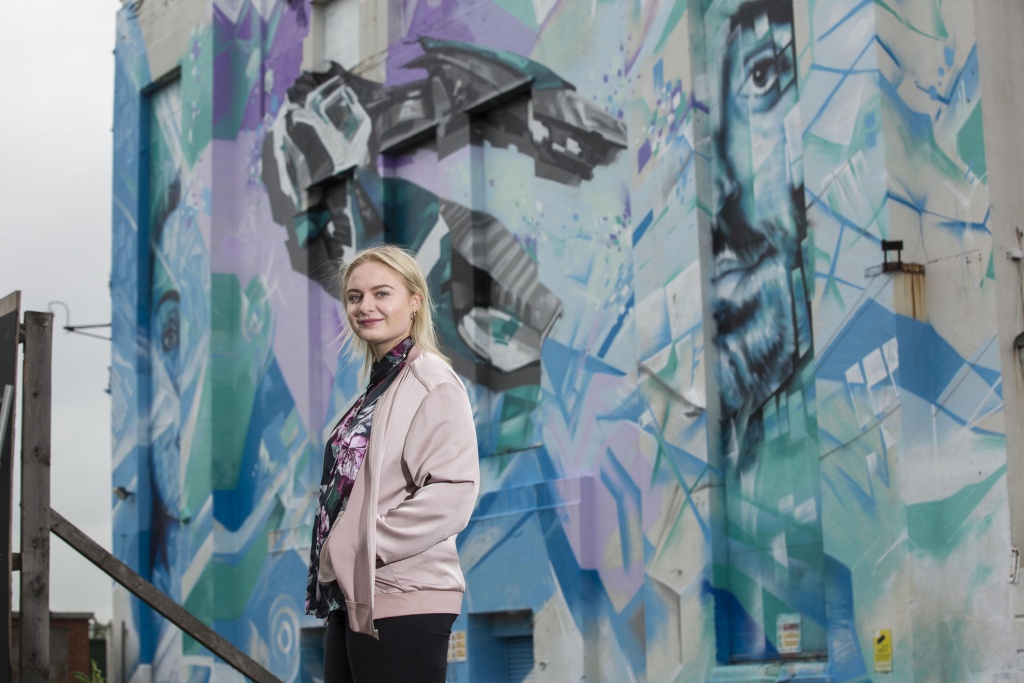 In Liverpool, the mural pays homage to the burgeoning film and television industry, with dramatic references to the SFX capabilities of the city. Liverpool’s heritage and current position in the gaming space is also included, with a nod to the cult game WipEout, dreamed up by Liverpool based studios Psygnosis.

Also featuring are bold flashes of some of the Liverpool’s freshest talent:

The mural has been painted by globally renowned, street artist ‘Replete’ and Liverpool talent ‘Beta’.

On seeing the mural completed for the first time, British TV drama actress Katherine Rose Morley said, “Liverpool has so much to give to the creative industry, and I’m hugely proud to be a part of a campaign that’s rooting for local creativity.

@GetItRight is promoting an important message about how everyone should value the creativity on their own doorstep and beyond.  There’s so much diverse creative work that happens in this city, and this artwork celebrates each and every person involved. The @getitright campaign stands for creating a community that believes in getting creative work from legitimate sources, so that the work can continue – and that’s why I’m excited to be a part of it.” 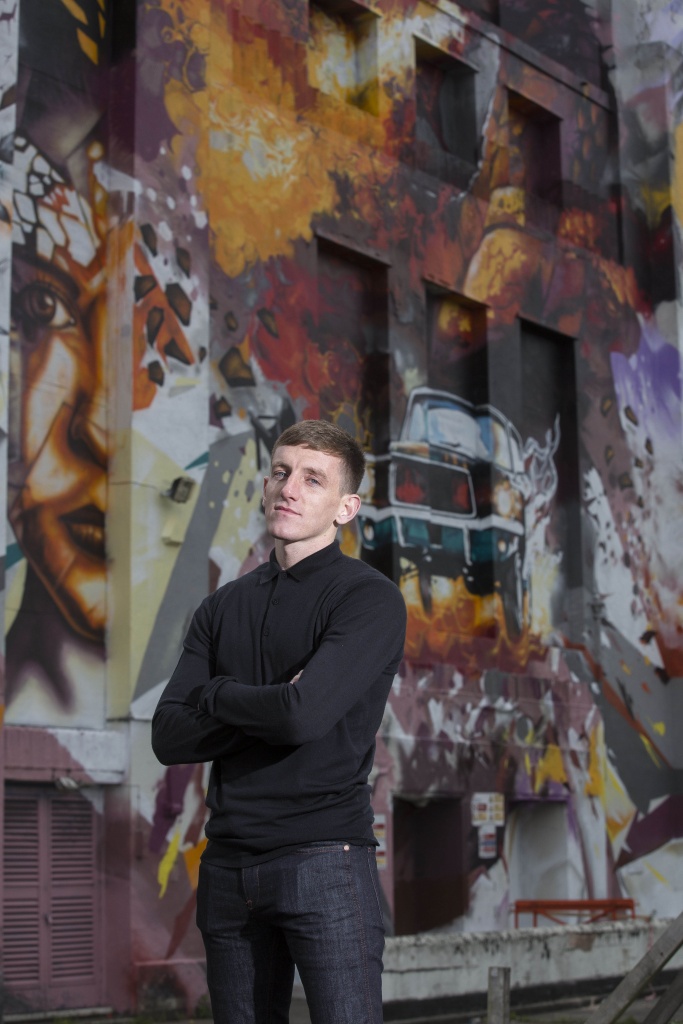 Lapsley adds “Liverpool has a rich creative heritage and a thriving creative scene that we should be actively celebrating. Yes, The Beatles were born here, but there’s so much more to this city that many are unaware of. I’m constantly inspired by the talent that keeps coming through on a daily basis – just look at the people on the wall – there’s musicians, digital artists, actors. This campaign is hugely important in raising awareness of the importance of saving our creative industries and supporting talent. “

Louis Berry commented “This project is very impressive and I’m so grateful to be a part of it. Music runs through the city’s veins – it is part of what we all live, love and breathe. I create music because it is my passion. And it’s so refreshing to have a campaign in support of the time and effort you put in to making what you love. “

The launch of Get it Right from a Genuine Site marks the first time a cross section of the creative industries have come together to champion creativity. Those interested in finding out more about the campaign can visit www.getitrightfromagenuinesite.org