A nine-year-old kickboxer’s dreams of competing in the US championships have suffered a cruel setback after thieves stole his fund-raising cash.

Charlie Knox had managed to raise £150 towards his trip by bag packing at Tesco Woolton alongside his training mates from Senshi Academy in Widnes.

The Maghull youngster was given the money in an envelope, with a ‘well done’ message, which his mum Justine put inside her handbag in the glove box of her locked car.

The family returned from the Welsh Open on Sunday February 23, happy with Charlie’s double gold medal success, leaving the bag securely hidden away.

But overnight, thieves broke into the car, ransacked the glove box and boot and stole all his hard-earned cash as well as the contents of Justine’s purse.

“Charlie had been made up when they managed to raise so much, then to have it taken was really disappointing,” says his mum. “He’s trying to raise £3,000 in total to take part in a few competitions including the one in America, so he had a long way to go but he was excited to have made a start and we have lots of other fund-raising things planned.

“It just seems so unfair that now he’s been left with nothing.” 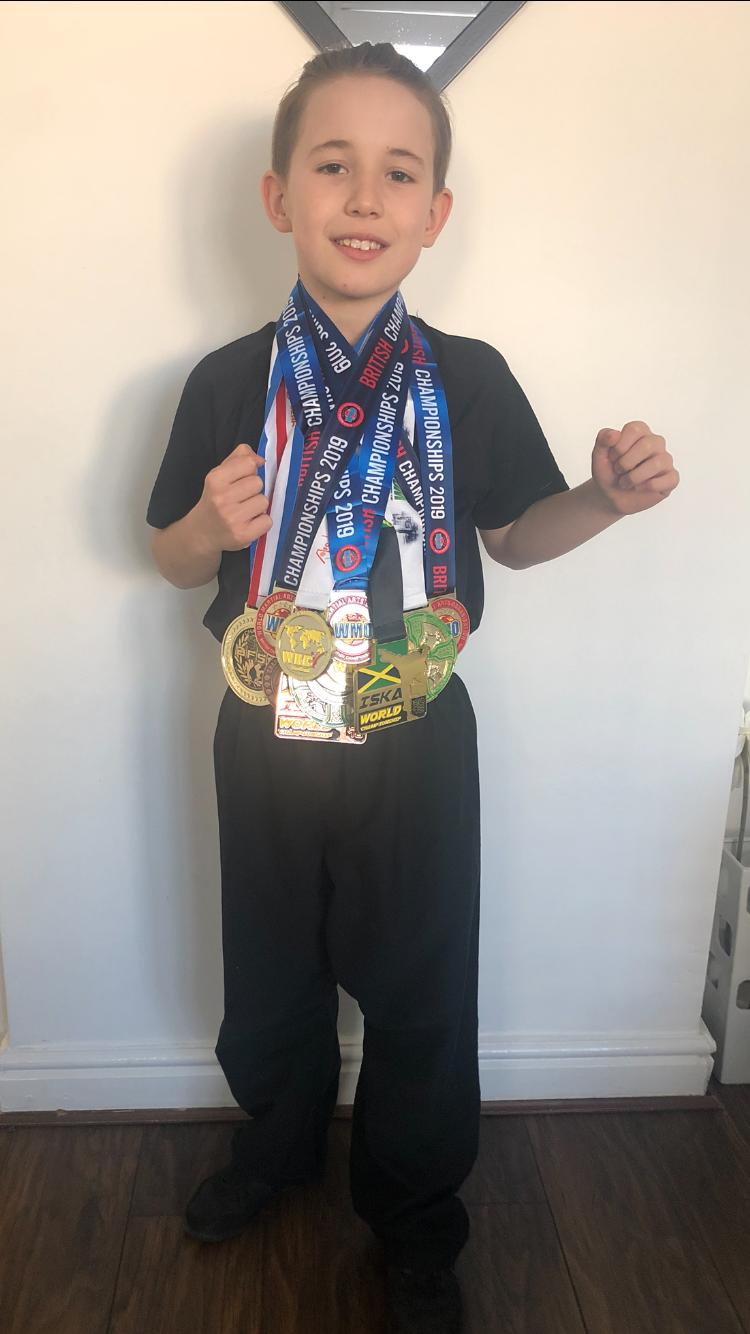 Charlie, who has been kickboxing since he was four years old, started to compete in 2017 and has already won medals in championships in Jamaica, Ireland, Aberdeen and Bimringham.

When he was chosen to be on the Team GB fighter team, he set about raising money to cover his kit, flights, accommodation and fight fees.

“The first fund-raiser was the bag pack in Woolton Tesco with other members of the Academy,” says Justine. “They were there for six hours and Charlie even did 100 round kicks in return for one £10 donation.

“One of the other mums, who organised the day, banked the money and changed it into notes instead of transferring it to the parents so the kids would be able to actually see what they’d earned.

“She split it and put it all into envelopes so they could see what they’d worked the six hours for – then she wrote little messages on each one. His said ‘well done Charlie’ and it had a lovely little note on it.

Justine left her car parked on the drive outside their house in Darby Grove but in the morning she noticed the glove box open and the bag emptied and thrown on the path.

“I didn’t tell Charlie at first because I didn’t want to upset him. I drove him and my younger son to school, then when I came back I spotted my purse which had everything taken out, left on the wall.

“I knocked on a few houses to see if anyone had CCTV or had seen anything and I found out that mine wasn’t the only car to have been broken into overnight.”

Charlie’s grandmother Susan Wilkinson has now set up a Go Fund Me page for him which you can visit and donate to hear.

And mum Justine says Charlie’s determined not to let the theft ruin his championship hopes.

“He was just really happy that they didn’t take the two gold medals he’d won in Wales even though they were in the car with his kit,” says Justine. “We can do more fund-raising to try and replace the stolen cash, but money can’t buy those.”