A trip to the cinema is almost always a fun way to spend a couple of hours. However, these days it ain’t cheap and the last thing you want to do is misjudge the movie you go to for a particular occasion. Every month we run down the best films for a variety of situations, whether you’re taking that special someone out, need an afternoon to keep the kids occupied or just want a good laugh, here’s your guide to the pictures in February. Plus information on how you and a mate (or a date!) could be off to watch your choice of film at FACT Picturehouse FOR FREE!

While some are asking whether the 1991 classic starring Keanu Reeves and Patrick Swayze as two thrill-seeking surf dudes caught up in robbery-related hijinx needed a remake, this reboot is sure to be a lot of fun. With more extreme sports, a bigger budget and success at the US box office, expect some of the lowest brow entertainment of the highest order.

It seems like years ago since the hype machine chugged into action for this comic book flick now the time has almost come for us to see whether it delivers. Ryan Reynolds is Wade Wilson (alias Deadpool) in this Tim Miller-directed film from Marvel, the eighth in the X-Men series. Early signs in lieu of full reviews suggest it is going to be every ounce the darkly comic action-packed caper we expect.

UP FOR A LAUGH: Zoolander 2

Coverage for the follow-up to the Ben Stiller and Owen Wilson 2001 original comedy about really good looking but ridiculously thick male models was dominated by a disappointingly misjudged trans-gender caricature performance from Benedict Cumberbatch. However, decent reviews suggest that this may be more than a crude cash-in after the cult status of the first instalment.

FOR THE KIDS: Alvin and the Chipmunks: The Roadchip

Despite being around since the 60s, the ever-loveable Chipmunks seem to have gained a new lease of life with this modern round of animated films from 20th Century Fox. This is the forth film in the series with voices provided once again by Jason Lee (My Name Is Earl), Justin Long (Jeepers Creeper, Dodgeball) as well as Christina Applegate (Anchorman). Again, good reviews suggest you won’t go far wrong by taking the kids to this on a wet Sunday afternoon.

THE GUIDE’S PICK OF THE MONTH: Trumbo

This one is not just for Breaking Bad fans who have been waiting for Bryan Cranston to successfully transfer his virtuoso acting to the big screen. Trumbo is the story of a Hollywood screenwriters struggles in the midst of America’s Cold War paranoia. Darkly comic, slickly shot and a great cast make this a winner on several levels.

ONE TO MISS: Pride and Prejudice and Zombies

Based on the questionable farcical novel of the same name this is a cash-in costume romp of the lowest order. If you like costume dramas there are plenty of higher quality productions on offer, similarly for Zombie flicks!

Fancy seeing your choice of movie at FACT Picturehouse for free?

Check out the listings at Picturehouse at FACT here 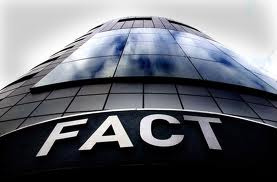