Your must-hear Merseyside music for September is this way - The Guide Liverpool
Contact Us Advertise with The Guide Our Video Services Follow us:

Your must-hear Merseyside music for September is this way 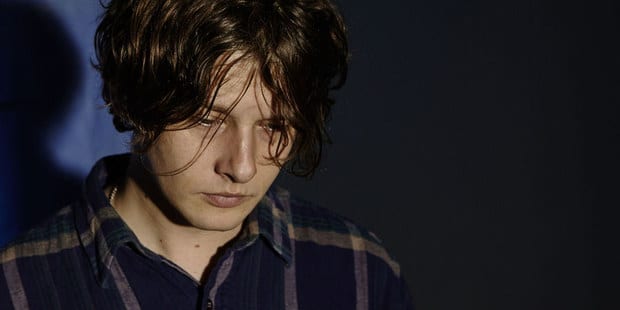 Festival season is pretty much done with, so what now? Business as usual, that’s what.

Much of our local talent has been releasing new music alongside touring the festival circuit, whilst others have been using it as a platform from which they will show off they’re new stuff. That’s what we’ve got this month, a whole load of new stuff from some of the cities best and brightest.

Local duo turned 4-piece band treat us to what they are calling Chapter II of their visual trilogy – The Mind’s Eye. The latest instalment comes in the form of this epic, ballad-esque single, Infinite. The track itself is a real development in the bands sound, showing their song writing prowess and lead vocalist, Michelle’s, incredibly powerful voice. Marry this with heart wrenching video of a dancer attempting to fly and you’ve got one teary-eyed writer. This really has got us exited for the trilogy to be completed. Check out the first instalment, Achromatic; in case you missed it here.

Resister – She Drew The Gun

There was a time when we were constantly talking and writing about She drew the gun…and that time is still upon us. Her latest release, Resister, is exactly what we have come to expect: the highest quality Post-Punk, Alternative Indie with a raw charm that hits you between the eyes. The video does the same, really driving home the 90’s anarchy style that sounds like Nine Inch Nails and Garbage shared one very passionate night together.

Lucy Mayhew serenades us this September with her spine tingling story telling. This unashamedly raw production puts her lyrics and wistful vocal tone at the forefront; something that is not only brave, but also pays off dividends to the charm and authenticity of the track. The title suggests that this is a “new mix”, so if this is not the definitive version, then we simply cannot imagine how much better this track could be presented. Lucy Mayhew is a raising star in our fruitful Folk scene and one that will continue to rise if this is what we can expect from her.

Possibly one of the most relevant Indie bands in our city at the moment, Spinn have been hitting the local, and national scene, hard throughout 2018. As the year draws closer to its final months, it’s not looking like they are showing any signs of stopping. The band is continuously touring along with releasing new music and videos, each one showing development. The latest track, Shallow, gives their existing fans exactly what they want whilst building on their sound to get those new listeners in. Whether you’re an existing fan or not, give Shallow a spin…

After we caught BBC Introducing’s Dave Monks give this track a play on his Introducing from Merseyside show, we just could not ignore it for this months list. Delphina Kings have been banging out some brilliant stuff as of late and have been sucking in audiences with how they’ve been sharing their story, as well as their sound, of course. This latest track is quite possibly our new favourite and one that we urge you to check out on the BBC iPlayer now, before the band release it on their socials, just to get you ahead of the curve.

Along with Spinn, earlier on this months list, The Vryll Society are one of the cities biggest Indie exports at the moment, taking 2018 by the balls the good ol’ fashioned way. They’ve hit the road multiple times and released their debut album, Course Of The Satellite, which consists of banger after banger. The latest banger to be released is Soft Glue, nearly 5 minutes of psychedelic, trance infused Indie that easily whisks you off to another world.

Katie Mac has been enjoying her moment in the sun – a moment that is extending in to years by the looks of things. Her UK tour was a resounding success, epitomised by her headline, hometown show at the Buyers Club. Eye To Eye is released alongside a captivatingly quirky music video. It comes off her recent EP, Believe, which was produced in collaboration with acoustic sensation, Get Cape. Wear Cape. Fly. That’s big, and it’s easy to hear that professional overtone resonating throughout the EP.

Pizza Girl is an artist that we haven’t yet mentioned in one of our new music rundowns from the region, and we have no idea why! Where have you been all our lives? Well, from the sound of this latest single, Pizza Girl has been in the 80s, soaking up the vibe of the era and bringing it right up to date. High School could have come straight from the likes of Tears For Fears with such an authentic sound and you won’t find much else like this from Merseyside this month, so make sure you put your order in now.

Another singer songwriter joins the list this month, this one a more seasoned artist from the local scene, bringing maturity to the list that cannot be faked or bought. Nick Ellis and his music ooze class, a class that can be typified in his latest release, Blue Summer. The live video adds to this theme of quality, filmed at The Leggate Theatre in a beautiful room that has Ellis at its centre. The message of the song resonates around the room along with his solo guitar playing, making this an awe inspiring release from the Mellowtone Records favourite.

Bill Ryder Jones has been quietly taking the UK by storm throughout 2018, and he is one of our very own. His latest release, Mither, showcases his sound at its best, along with a moody, black & white music video. The track shows off Jones’ lyrical maturity as well as his fusion of Indie, Rock and an acoustic, singer songwriter sensibility, all at the highest quality. What else do you expect from a local lad? 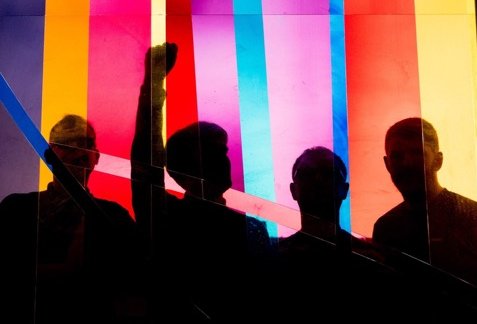 It felt like forever waiting for new music form one of the city’s best loved bands. But the time has arrived. New album ‘Frequency’ is available now and they are off on tour late run the year, playing District on November 15th & 16th

One of the new tracks comes in the form of ‘Marseilles Blues’ which we think you will agree is an absolute belter. It’s good to have them back! Download or stream the track now.

What are your favourite releases of the month? Or perhaps you have something that you want to tell us about. Let us know on Twitter or Facebook or email me direct [email protected].