10 fascinating facts about The Cavern Club - The Guide Liverpool
Contact Us Advertise with The Guide Our Video Services Follow us:

10 fascinating facts about The Cavern Club 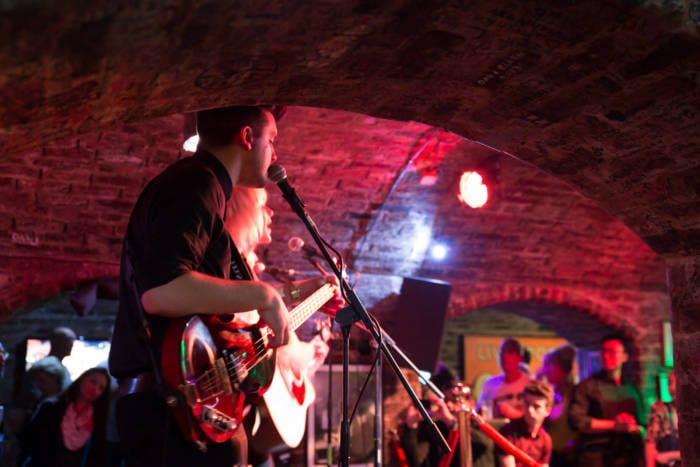 Surely the most iconic club on the planet? The Cavern has welcomed everyone from Stevie Wonder to Adele and seen millions of visitors, from all over the world walk down its famous stairway.

Now for the first time you can explore the history of the club and take a free tour into its incredible past. As The Cavern Club launches its new history tours here are 10 fascinating facts you might not know about the iconic Liverpool club:

1. Suzi Quatro was the last major recording artist to perform at The Cavern Club. It was just before her single, Can the Can (1973) which stayed at No 1 for 14 weeks.

2. The Quarry Men Skiffle Group made their first advertised appearance at The Cavern Club on August 7, 1957. Band members included John Lennon, Len Garry, Rod Davies, Colin Hanton, Pete Shotton and Eric Griffiths. During the performance Alan Sytner told John Lennon to ‘cut out the rock’! Paul joined them in October 1957 and made his cavern debut with them on January 24, 1958.

3. Paul McCartney made a surprise visit in 1968 with his then girlfriend Linda Eastman and gave a helping hand on drums to the band, Curiosity Shop, which was rehearsing.

4. ‘Little’ Stevie Wonder played at The Cavern Club when he was just 15. His contract was on display at The Beatles Story.

5. In December 1981 plans were revealed to excavate the buried remains of the Cavern Club cellar which formed part of the £7-million redevelopment project of the former warehouse site of 8-12 Mathew Street which had housed the original Cavern Club up until its closure in 1973.

6. In 1983, thousands of bricks from the damaged archways of the original cellar went on sale for £5 each complete with an authentication plate by ex-Club owner Ray McFall.  Money raised when to Strawberry Fields Children’s Home.

7. When Ringo Starr filmed a documentary for Disney Channel called Going Home and visited The Cavern Club, he winked at the camera and said ‘this will be a nice surprise for the lads’ and autographed two squares on the iconic stage wall which feature the name of the Beatles and Rory Storm and the Hurricanes. It wasn’t until six months later when the film was released that anyone knew Ringo he’d done it.

9. Peter Morris was a friend of the club’s first owner, Alan Sytner, who modelled the basement venue on Le Caveau de la Huchette, a jazz place he’d seen in Paris. He recalled how they were drinking at The Grapes pub in Mathew Street and Alan said ‘We should have a place like [Le Caveau]’, adding ‘I’d love to find a place, like a basement or something’. They came out of The Grapes and saw a sign for a basement for sale…

10. There are 33 steps leading down to today’s Cavern.  Originally there were 18 stone steps to go down, at the bottom of which clubbers paid a shilling to enter. By the time The Beatles paid their final gig on August 3, 1963, tickets were 9 shillings and sixpence. One of these rare tickets is now on display at The Beatles Story, Albert Dock.

For more info on the Cavern Club history tour head this way and if you know anymore fascinating facts about our most iconic club let us know on Twitter and Facebook.