10 things that are happening in Liverpool between Christmas and New Year - The Guide Liverpool
Contact Us Advertise with The Guide Our Video Services Follow us:

After being stuck in over Christmas and, well, half the year if we’re honest, we can’t wait to get out and about between now and the New Year.

With Liverpool remaining in Tier 2 (for now) the hospitality industry is getting geared up to make the most of the festive season.

Phil your boots on The Nutcracker – Reimagined 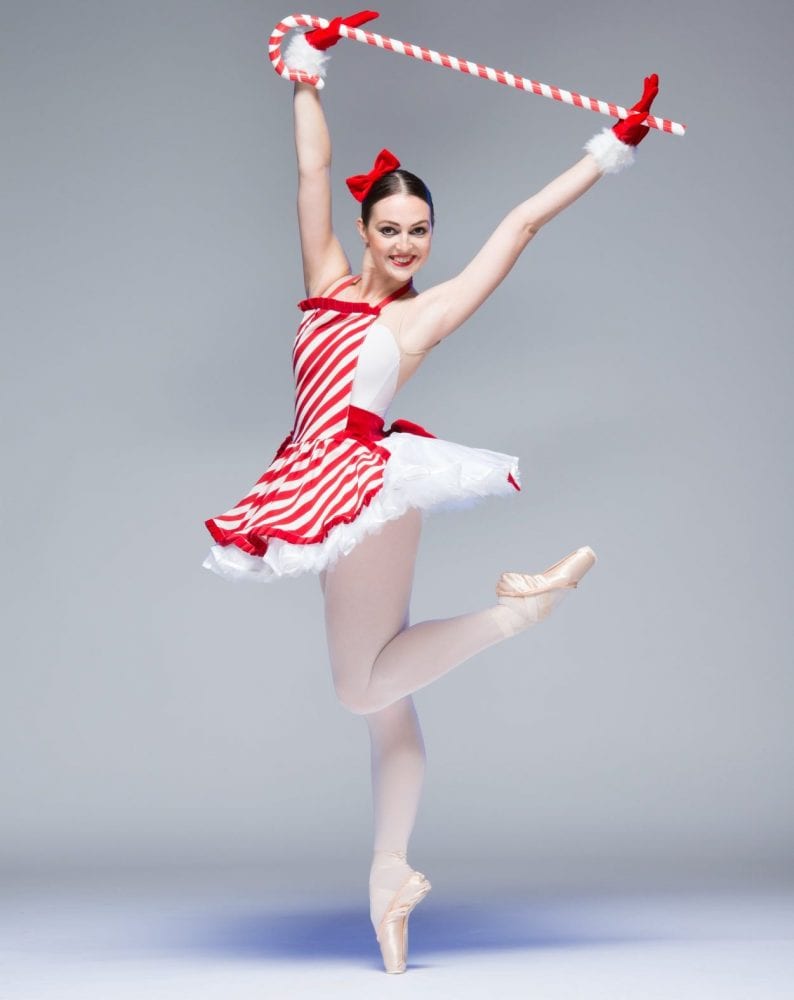 OH how we’ve missed The Liverpool Philharmonic Hall and it’s great to see its doors open again with this new take on a festive classic.

You can see The Nutcracker – Reimagined, on Wednesday and Thursday, December 30-31.

Our amazing museums are back from their Christmas break on December 27 and there’s loads of great stuff to see.

The good news from the Walker is that the Linda McCartney Retrospective exhibition has been extended to January 10, 2021 – but that still means there’s only just over a week to see it – so get there while you can. It’s a superb photographic exhibition with more than 200 iconic images, from the music scene of the 1960s, to family life with Paul.

And at World Museum Liverpool, postponed from last year, is a brand-new exhibition, AI: More than Human. It’ll start the New Year off with a bang as it explores artificial intelligence through interactive artworks and scientific developments.

Head to the website to find out all the other things that are happening at NML.

Boo, hiss – and hooray! Beauty & The Beast is still on at Theatre Royal, St Helens

It’s a classic at the fab St Helens theatre and it’s on until the New Year so get your skates on and treat yourself to panto perfection.

We all know the story of Belle, a beautiful young woman who falls in love with the prince who’s been cursed to look like a hideous beast, but will the spell be broken in time for all to live happily ever after?

Beauty & the Beast is on until Sunday, January 3. 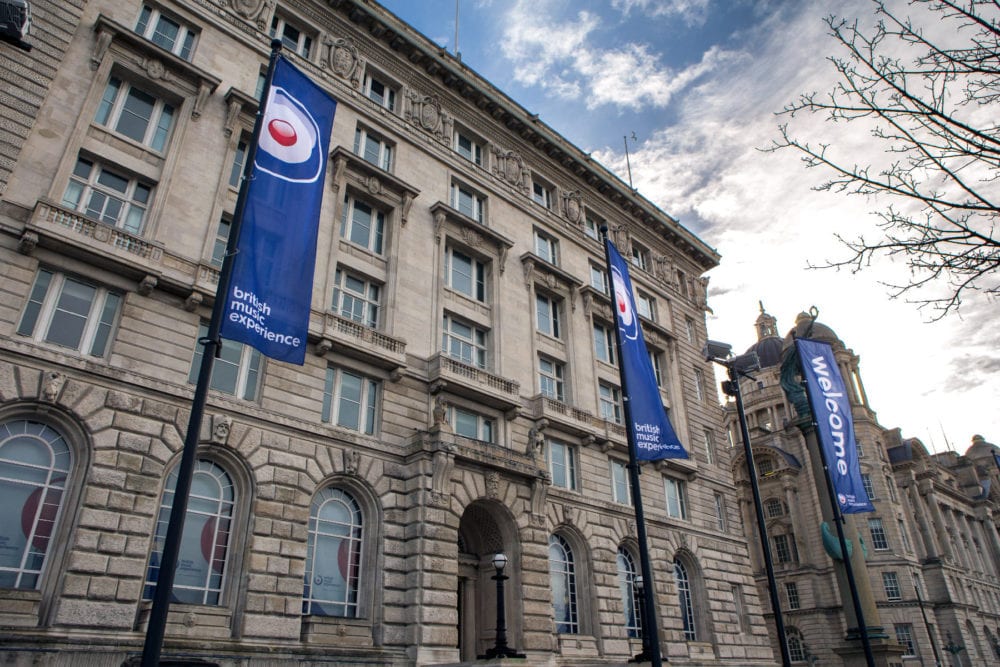 The British Music Experience is reopening on December 27, telling the story of British Music through costumes, instruments, performance and memorabilia from the Beatles and Bowie to Adele, Oasis and X Factor.

Based in the Cunard Building, it will be open December 27-30, and January 2-3. And make another note to self – the temporary exhibition ‘Frankie say 1984!’ charting the rise of Liverpool band Frankie Goes to Hollywood begins on January 9. 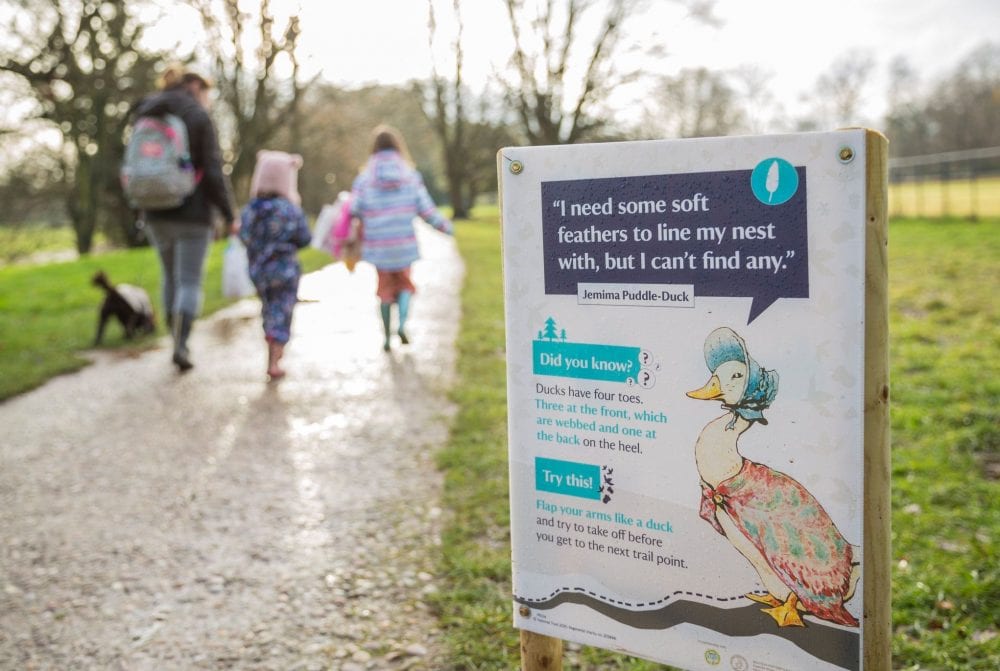 Families can help them by getting an activity pack from The National Trust venue and then it’s up to them to use their keen detective skills to help out their favourite Beatrix Potter characters and, by following the trail and solving the clues, they can earn their trail badge and certificate.

There are nature-themed active challenges along the way, as well as a Peter rabbit selfie station at the end of the trail. It costs £2 per trail pack plus normal admission and it’s on until January 3.

The Royal Liver Building will be ready to welcome visitors post-Christmas from December 27 – and if you haven’t been on this amazing city tour yet, now’s the chance.

As one of the stunning ‘Three Graces’ on Liverpool’s waterfront, Royal Liver Building 360 offers a must-see opportunity to see the iconic building up close, starting your journey at the lower ground floor visitor centre and learning about the building’s history as well as its place in Liverpool’s heritage. Then, after you’ve viewed the exhibitions you join a guided tour to the 10th and 15th floors for spectacular 360° views of the Liverpool skyline and a world-class digital projection show inside the historic clock tower. 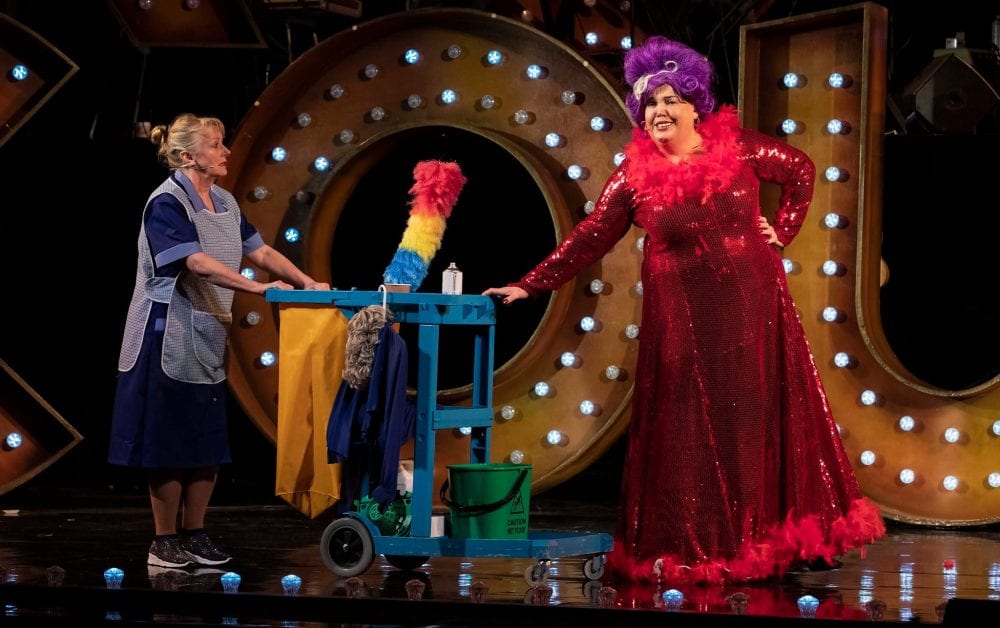 As one of our favourite theatres nicely puts it, ‘2020 has been a load of old baubles’ but the gang from the Court will put the smiles back on your faces with The Royal Court Selection Box and it’s back on from Tuesday, December 29 until Saturday, January 30.

You can bank on singing, laughter and plenty of messing around as some of your favourite Royal Court faces take to the stage: its live band will be back, there’ll be comedy, music, prizes to be won and little bits of some of its most popular shows over the years.

Spread your wings at Liverpool Cathedral

You’ve got just days left to catch the latest stunning art installation at Liverpool Cathedral – and it’s possibly its most beautiful yet.

Angel Wings in the Cathedral’s Derby Transept is a moving light projection artwork and, at shoulder height, the Angel Wings’ feathers pulsate and change colour to a curated soundtrack. Specially-designed for the cathedral, it’s an award-winning collaboration between sculptor Peter Walker and composer David Harper. You can visit for free during its usual opening hours, but you’ll need, as always, to book.

Get your game on at ArCains

Sister site to Punch Tarmey’s in Cains Brewery Village, ArCains has got tons of great games from the past, present – and future. There are dance mats, shuffleboard, pinball and basketball, as well as PlayStation and Xbox games and more, just waiting for the competition to begin. It’s a great day out for you and your family, somewhere you can grab a snack and have fun together. Admission is simple with a single entrance fee and then all your gaming for free (just check until what time under 18s are allowed as it varies).

The big screen is back at Birdies 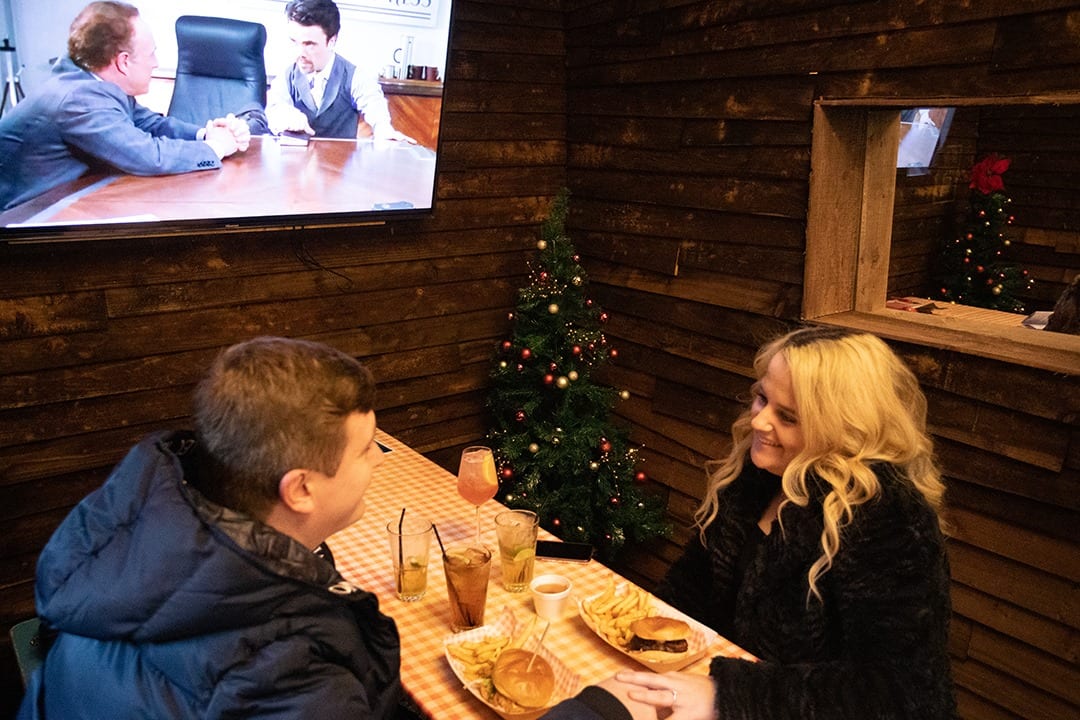 At this time of year you can’t beat a classic movie – and the popular bar and barbeque is showing some of our favourites, while in-house food vendor, Apocalypse Cow, serves up the food. The films are shown in your very own socially-distanced cabin outside but they are heated so it’s super-cosy and all food and drinks are ordered via the app, making it Covid-safe. (You can also watch on the big screen if the cabins aren’t your thing).

The films are on until Sunday, January 3 and include Gremlins, Scrooged, Arthur Christmas and Miracle on 34th Street.