10 Videos that prove summer in Liverpool is amazing! - The Guide Liverpool
Contact Us Advertise with The Guide Our Video Services Follow us:

10 Videos that prove summer in Liverpool is amazing! 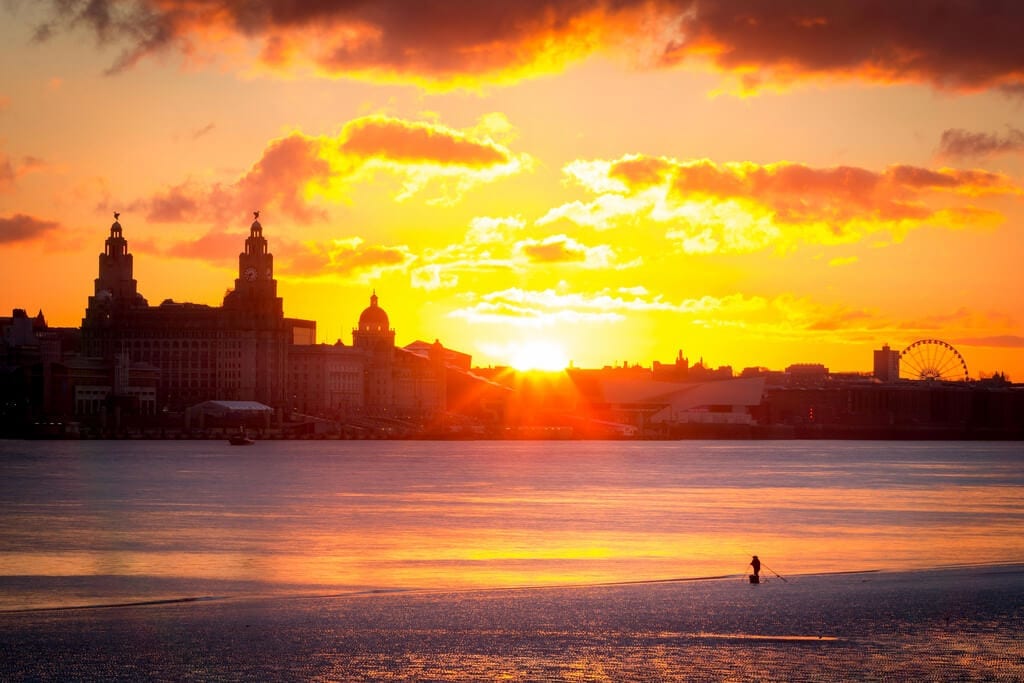 Home › Family › 10 Videos that prove summer in Liverpool is amazing!

It’s official, Summer 2017 is over, but what an incredible time we had!

Every weekend throughout the summer in Liverpool was packed with events and attractions, whether you laced up to run, ate your weight in delicious local food, strutted the catwalk, met folk on the dock or pulled an epic all dayer at a festival in the park, there’s been an event to suit pretty much everyone. As well as the festivals and running events, Sgt Pepper celebrations marched into town to mark a historic 50th anniversary, while the city was decorated with rainbows and Disney brought magic to the Mersey!

More than 80,000 of us flocked to Sefton Park in June to celebrate the 25th Anniversary of Africa Oye, and what a stunning weekend it was. With knock out performances from Max Romeo and more free activities, bars and stalls to explore, the sun shone down on this massive party in the park. Relive the festival here.

We waited with baited breath for fashion to come home and British Style Collective certainly made itself known right across the city in early July. With catwalk shows, celebs, workshops, shopping halls, beauty expo’s and of course, The Guide Liverpool Live from Exhibition Centre Liverpool, our city was catapulted straight to the top of the style list. Watch the three day festival unfold here.

The line-up for LIMF 2017 was nothing short of top-notch. Adding yet more brand-new aspects to the three day music extravaganza in Sefton Park, the LIMF team went all out. LIMF Presents events, VIP Area and an extended family zone brought even more fun to the Summer Jam main event which kicked out with the world premier of Garage Classical. Watch as LIMF TV covered the entire event, from every angle.

The third annual Run For The 96 in Liverpool’s Stanley Park attracted 1,800 Reds and Blues on a sunny Sunday back in May, making it the biggest to date. Our cameras, and our Kate laced up to take on the course, have a chat with the runners including Chair of the Hillsborough Family Support Group (HFSG) the wonderful, Margaret Aspinall. Former Liverpool manager Rafa Benitez cheered on the runners at this hugely successful and emotional event. More pics and footage here.

We’ve literally just washed off our wellies after celebrating (and eating way too much) at the 10th Anniversary Liverpool Food & Drink Festival, again at Sefton Park. This year attractions included The Simon Rimmer Show, showcasing a host of local chefs, A Land Rover driving event, live music, demo tent and of course stall after stall of delicious food and drink offerings. Our Jay caught up with The Hairy Bikers, Dave and Si for a natter and rustled up some show-stopping cocktails with Alma De Cuba. Can you spot yourself in our coverage here?

Folk on the Dock returned on Bank Holiday weekend in August and the Albert Dock was absolutely chocker with fans of all things acoustic, roots and sea shanty themed. Attracting not only a wealth of local talent, but also international stars, Folk on the Dock welcomed more than 200 performers and provided top class entertainment for families too. Check out the impressive line up and fun of the fair from Bank Holiday weekend here.

Were you at Camp Hill when the Sgt Pepper 50, Suspended Time fireworks took place? Just one of 13 events taking pace across the city to mark the 50th anniversary of the legendary Sgt Peppers album, the fireworks could be heard on the Wirral and as far out as St Helens, and they were phenomenal. We partied up at Aintree Racecourse, we remembered Brian Epstein, we followed a parade of traffic wardens with Lovely Rita and sang about being 64 on Pier Head. Click here for all the event coverage from an action-packed summer programme.

8 – Disney Magic on the Mersey

Our Simmo was in her element as Disney Magic returned to the Liverpool Cruise Terminal, bringing with it a huge Disney party in early July. Visiting the city for the third time, Disney Magic put organised an after school party which included a huge outdoor cinema, character meet and greet and a family sing along. Did you bring a blanket and join in the fun? Watch all the action above as our very own Tinkerbelle met the crowds.

On the week of the anniversary of the decriminalisation of homosexuality in the UK, this years Liverpool Pride took over William Brown Street and it was bigger and brighter than ever. The theme of the eighth annual Liverpool Pride is International Love, highlighting LGBT+ lives around the world. Liverpool’s own Atomic Kitten headlined a jam=packed weekend of music, food, drink, stalls and of course the awesome Pride Parade. See all the events build up and pics here.

Liverpool Loves moved to a brand new, central location this year and our Jay was on central stage to bring a whole host of home-grown talent to the crowds. With a bigger health and family offering than before and a street food market, the new Derby Square and Chavasse Park location was bathed in sunshine throughout the weekend. Hands up who bought an ice cream and sat on the grassy steps to watch a performance? All the highlights from Liverpool Loves 2017 here.

What was your favourite summer event this year? Tweet us your memories and best pics @TheGuideLpool or email us [email protected] and we’ll share the best on our socials.