11 woodland walks in and around Merseyside to try this summer - The Guide Liverpool
Contact Us Advertise with The Guide Our Video Services Follow us:

11 woodland walks in and around Merseyside to try this summer

With the weather starting to get better as we go into summer, it’s a great time of year to get your walking shoes on and head off into the great outdoors.

It’s one of the best ways of clearing the cobwebs and helping to stay healthy – mentally and physically.

There are some fab woodland walks across Merseyside which offer peaceful paths and brilliant views, and they’re bursting with wildflowers, all providing the backdrop for that perfect Insta pic, especially when the sun shines… 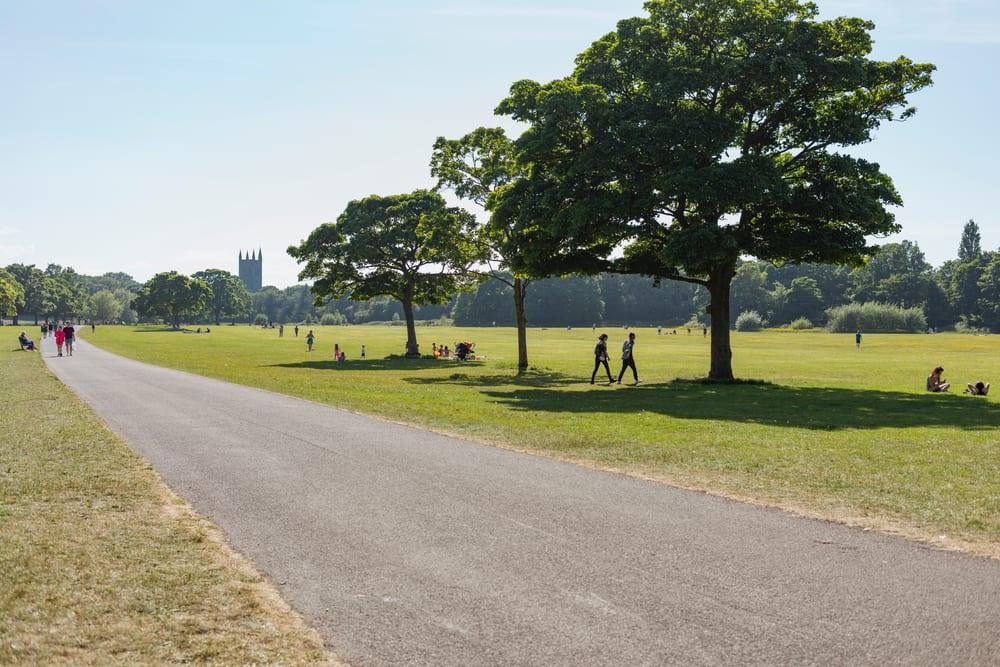 It’s one of Liverpool’s most popular parks and you can aim for any entrance – the main ones are in West Derby or Muirhead Avenue. The busiest area tends to be around Croxteth Hall in the centre and the long avenue leading up to it. And while you can enjoy a wander around this part of the park, why not head along some of its many quieter footpaths that’ll take you across open fields and through its ancient woods. You’ll see highland cattle grazing in the fields – and it’s hard to believe you’re still in Liverpool. 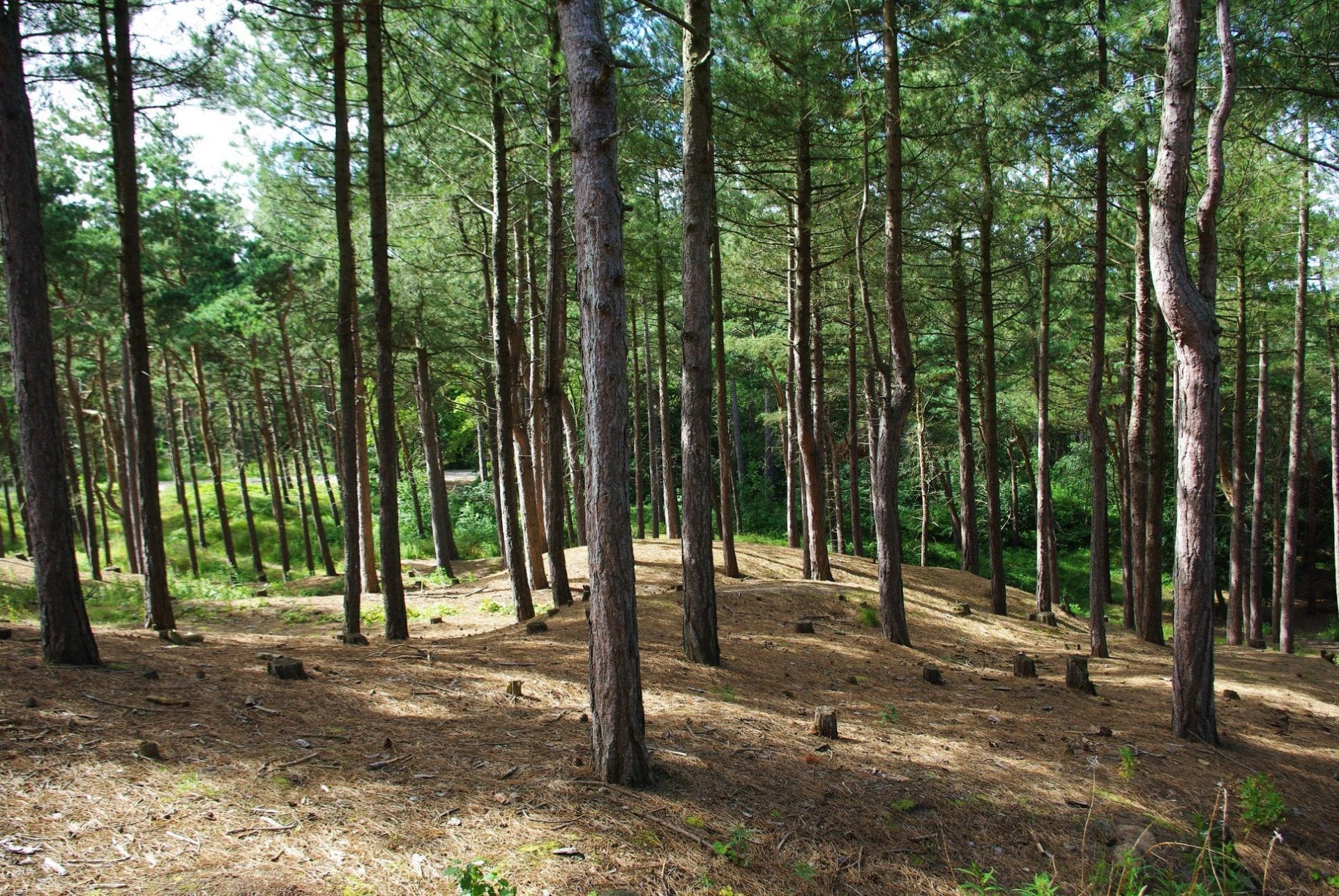 Drive or take the train to Freshfield and walk down to the pinewoods where you can follow any of the winding footpaths and keep a look out for red squirrels up in the trees, or on the tree trunks. Wander as far as you like, you might get as far as the sand hills where a strenuous but short climb will give you great views of the wide beach beyond.

Go down to the beach for a while and maybe enjoy a picnic – but remember where to come back up again! 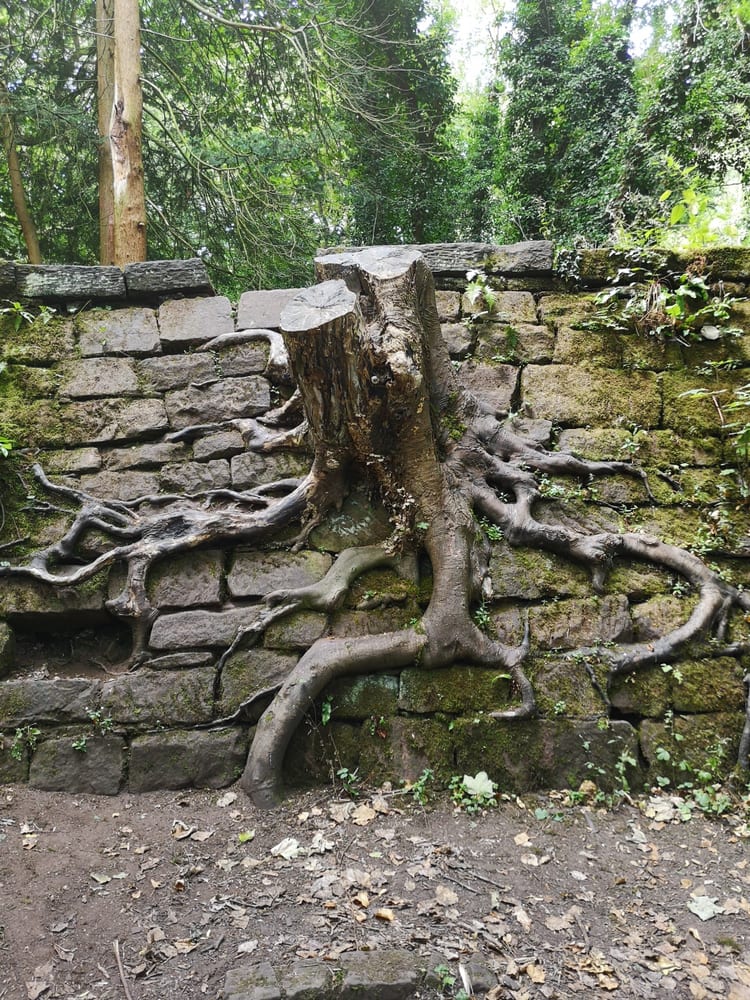 Park in the visitor centre car park in Ferry Road.

Here, you can explore the woods and river paths, discover the remains of the pleasure gardens like the bear pit and water chute, and get great views over the river Mersey and the start of the Manchester ship canal. Stop off in Eastham village on the way there or back – it’s one of the oldest on Wirral and has an ancient yew tree in the churchyard. 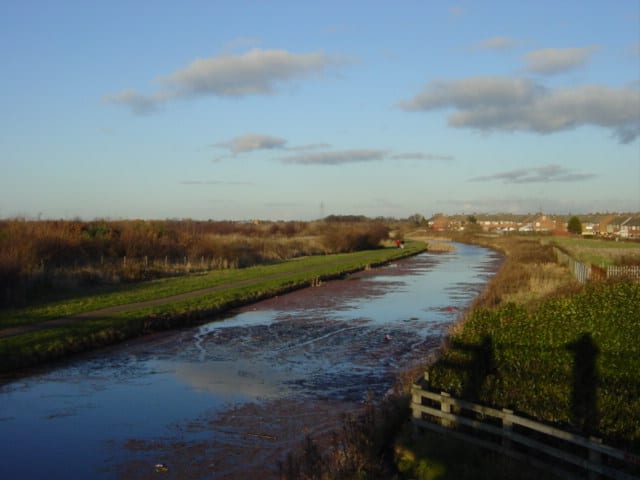 Located between Waterloo and Litherland, there are woods, open fields and plenty of footpaths to explore and the Leeds-Liverpool Canal runs along one side. There are two main car parks by the canal, and Rimrose Valley is also just a short walk from Waterloo Station. 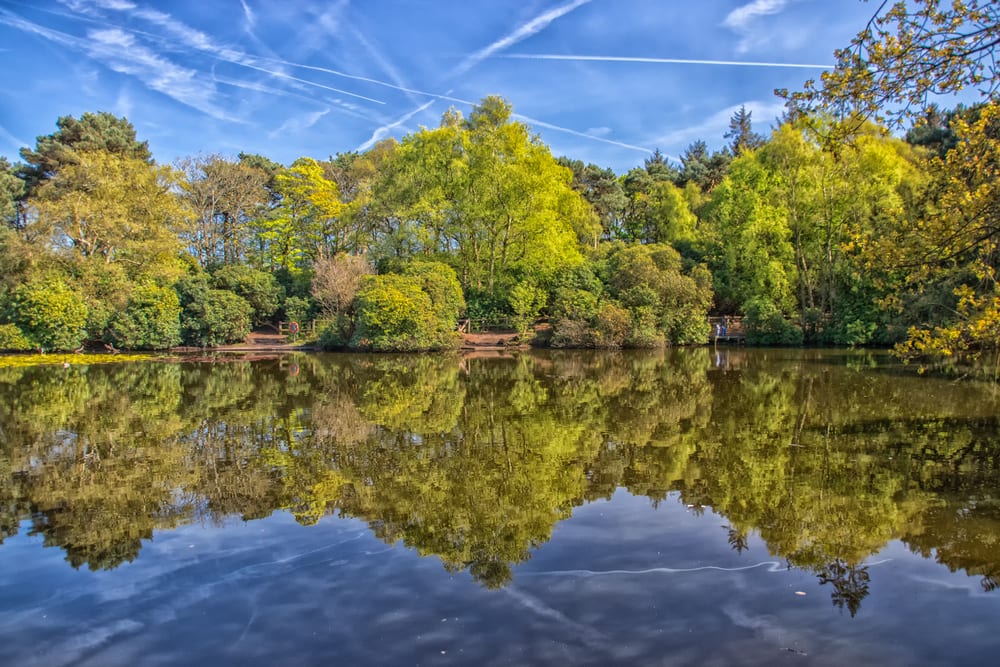 Plenty of variety on this one according to Liverpool Ramblers, with wooded hills, sandstone churches, the beach and spectacular views.

It’s a seven-mile trek so if you fancy a decent walk, here are some basic directions: From Royden Park take the path towards Montgomery Hill. Cross over and go right, then left into Birch Heys. Follow the footpath that heads towards Newton. Cross over the A540 and head uphill. Look for a gap in the wall and enter Stapledon Woods.

Gradually head upwards to go over Caldy Hill, emerging at Fleck Lane, a bridle path between sandstone walls. Follow this to Caldy Village, cross Caldy Road and into The Green, coming out by the church. Take the path, Shore Lane, to head to Caldy shore. If tides allow, walk along the shore from here to Shore Cottage, if not, follow the Wirral Way and head through Dawpool Nature Reserve to the slipway. Take the steps up the cliff by the cottage, past Thurstaston visitor centre and along the Wirral Way to a footpath for the Dungeon, then head towards Thurstaston Village where the sandstone church was the model for Truro Cathedral. Cross the A540 and head up Thurstaston Hill for spectacular views, and follow the ridge back towards Royden Park. 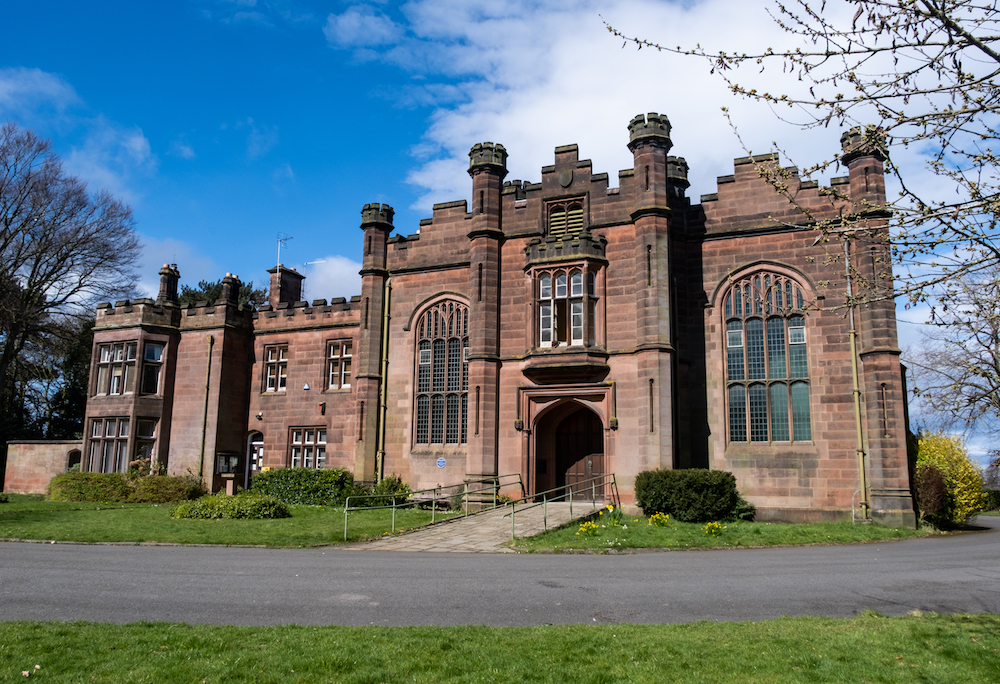 If you like to explore different landscapes, this walk is for you.

Part of the trail goes through Royden Park where you’ll roam through a forest and through to lovely meadows and pass by one of Wirral’s hidden treasures, Hillbark House. Starting and finishing at Royden Park, this walk’ll take you away from it all, along paths through the agricultural land of north Wirral and through the former RAF camp. 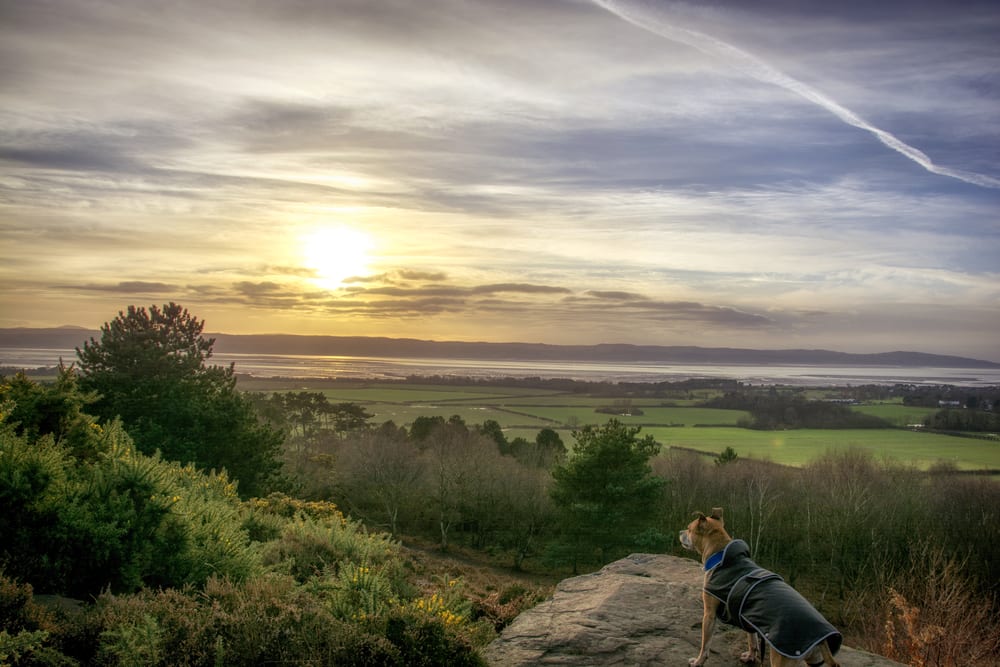 This is a really pleasant four or five-mile walk along the coast and then inland up through Dungeon Wood with its waterfalls and ancient woodland.

There’s a rise which takes you to one of the highest points in Wirral near Oldfield Farm and gives the best views over the River Dee to Wales. You return through Heswall Dales to the shoreline. 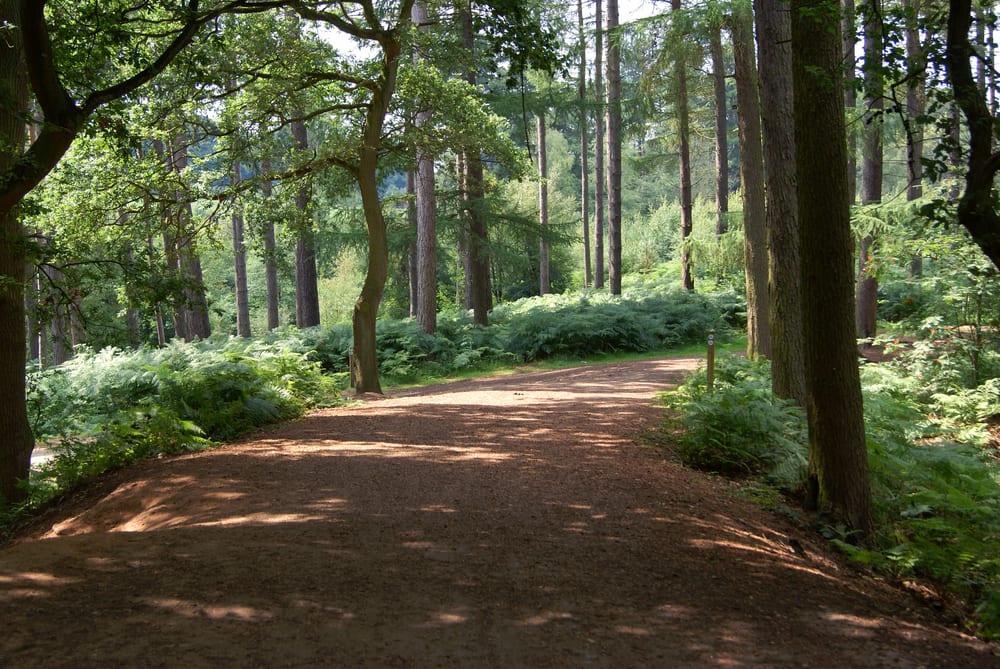 Okay, so not quite Merseyside but it is a Cheshire favourite for us, with loads to look out for like small tortoiseshell butterflies to the green woodpecker.

There’s a variety of long-distance footpaths meandering through the forest: The Sandstone Trial, Delamere Way and Baker Way are all worth packing a rucksack and a picnic for and heading off for a stroll.

One, Delamere Forest and Old Pale Hill, (4.5 miles) begins at Delamere railway station and takes in a hill which gives you views to seven counties. The route goes up Old Pale Hill then down and through meadows to Eddisbury Lodge and then into Delamere Forest. The last part of the walk takes you around Blakemere Moss, a large bog that’s home to colonies of gulls and other bird species. 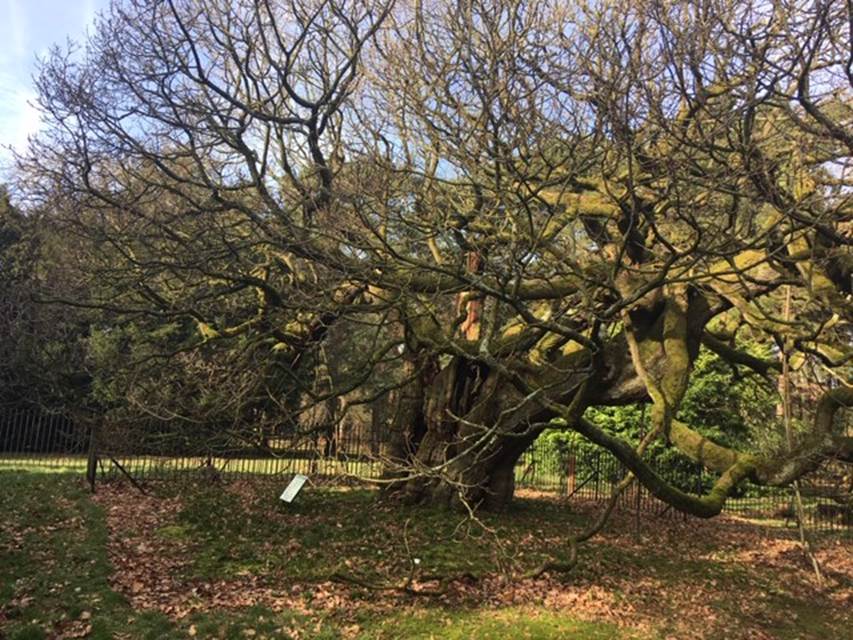 The Allerton Oak in Calderstones Park

Allerton Country Walk is around seven miles long (if you include the optional route around Childwall Woods) through the countryside of Liverpool’s parks, woodlands, open spaces and public footpaths.

During the two to three-hour walk, you’ll pass through a landscape full of historical interest along with a wide variety of flora and fauna. Stage one takes you from Calderstones Park to Allerton Towers, stage two from Allerton Towers through Clarke Gardens and Camp Hill/Woolton Woods and, stage three, from Woolton Village through Reynolds Park, Black Woods and back to Calderstones Park.

You can get full details from the City Council website

Bromborough & the banks of the Mersey 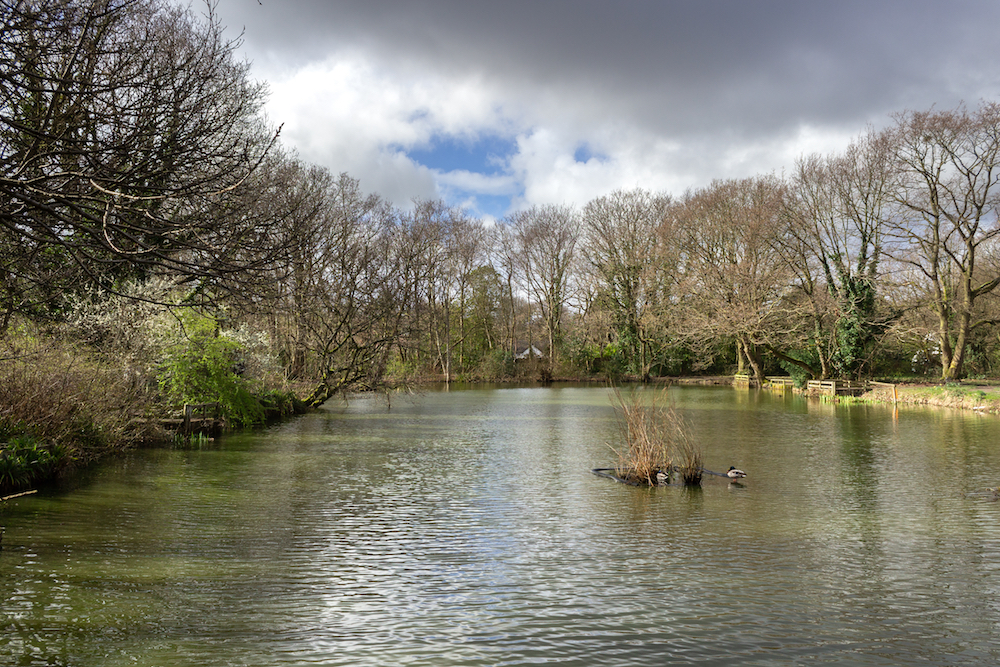 A five-miler from Liverpool Ramblers, walk from Bromborough village down to Eastham Country Park on the banks of the Mersey, from where you’re guaranteed outstanding views across the estuary towards Liverpool. On the way back keep your eyes peeled for St Patrick’s well in beautiful woodland. 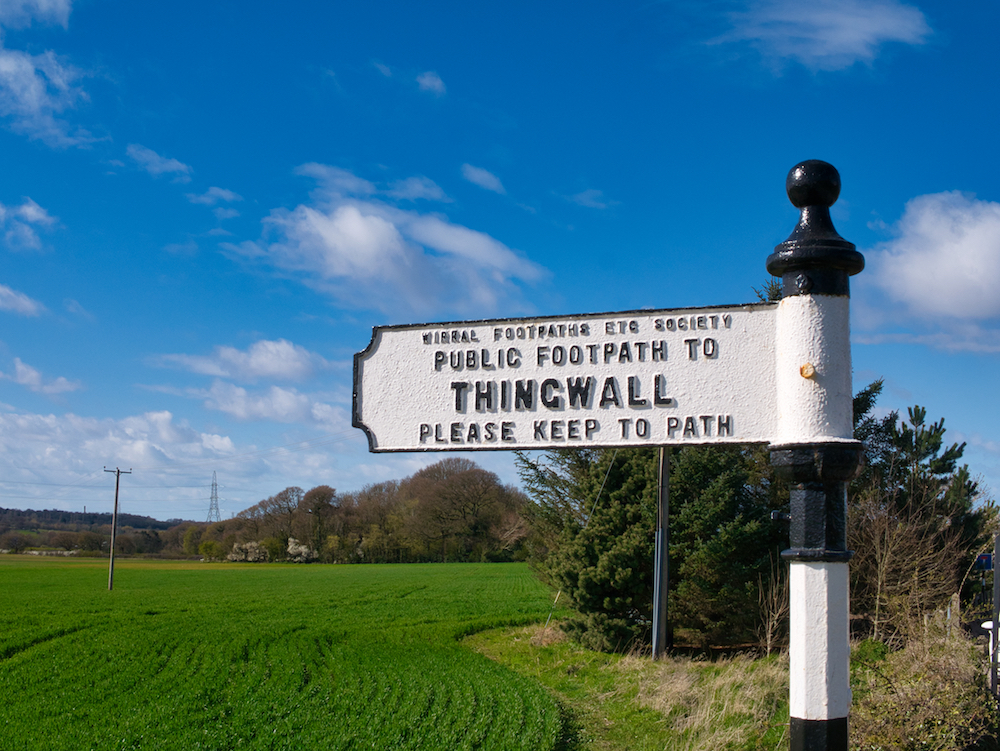 An easy walk if you don’t want anything too taxing (it’s 2.8 miles), start at the entrance to Storeton Hill Wood on Rest Hill Road.

Walk in the footsteps of dinosaurs as you pass through beautiful woodland then follow peaceful lanes and footpaths in the centre of the Wirral with, on a clear day, some stunning views across the Dee estuary.