14 Things we've all learned since iconic rom-com, Love Actually first captured our hearts in 2003 - The Guide Liverpool
Contact Us Advertise with The Guide Our Video Services Follow us: 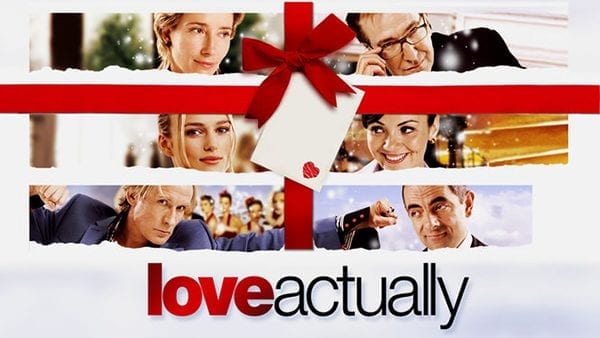 It’s been 14 long years since Love Actually hit the big screen back in 2003 and ahead of it’s hotly anticipated return as part of Comic Relief this Friday, we’ve been watching the original on loop for days!

Writer and Director Richard Curtis made us cry, laugh, cheer and cry again as we followed the story of 8 couples dealing with every day life on the run up to Christmas. Rumour has it, he’s going to do it all again as Red Nose Day Actually (or Love Actually 2) returns to our screens this Friday 24th March as part of the Comic Relief, Red Nose Day fundraiser on BBC. 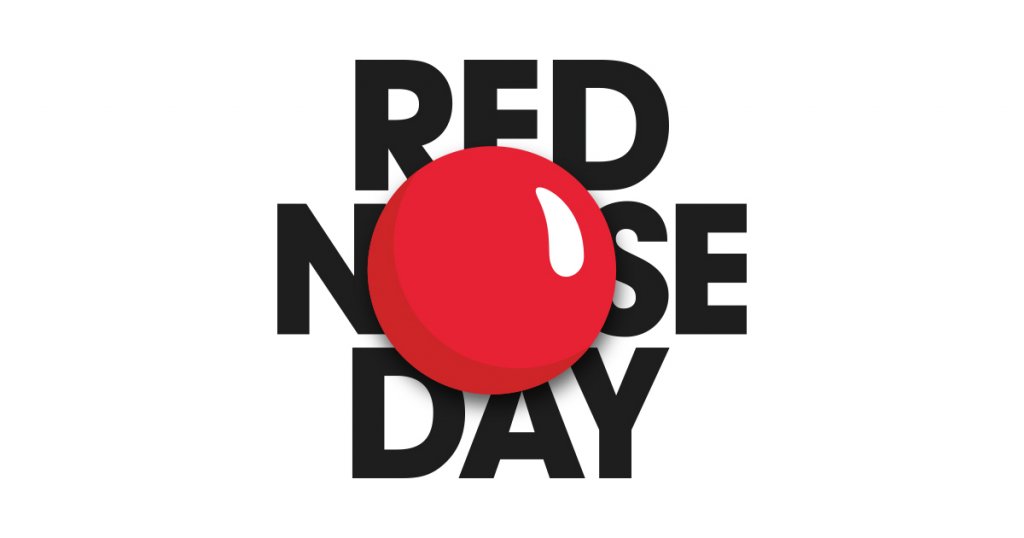 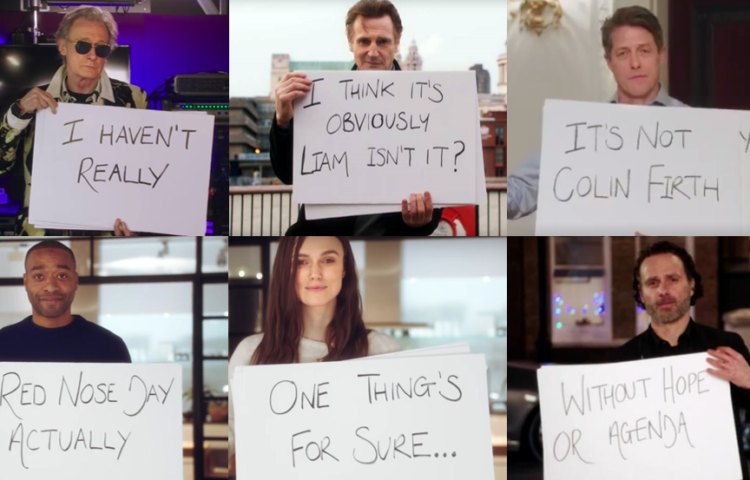 We’re literally counting down the minutes and seconds until the short, 10 minute film hits our screens on Friday night, but in the mean time, have a reminisce and see how many of the 14 things we’ve learned thanks to Love Actually, you agree with? 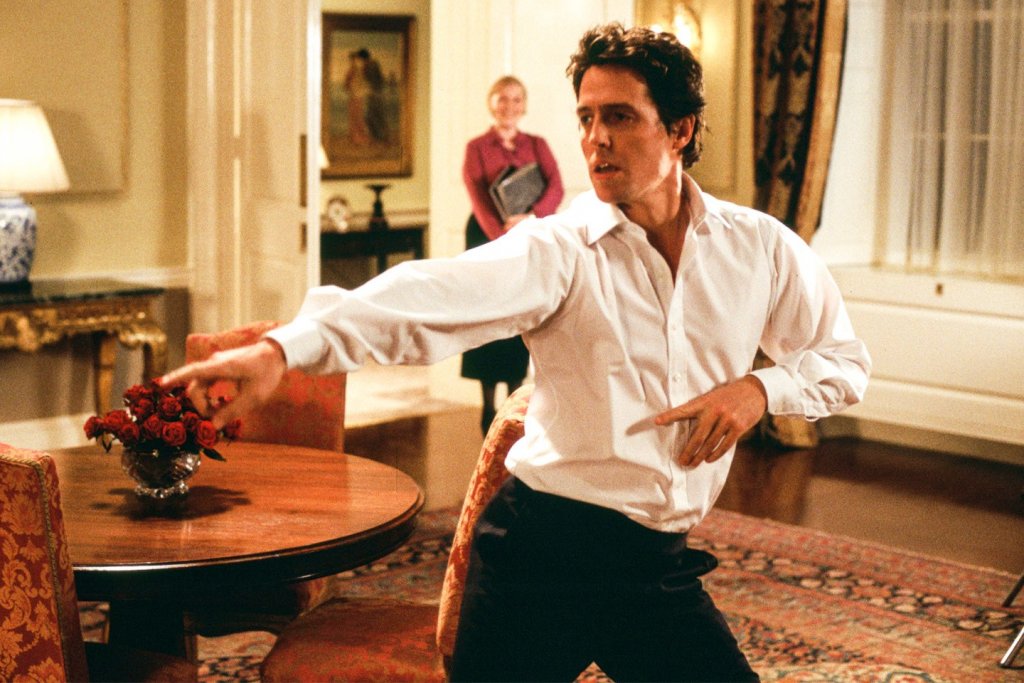 1 – We’re never going to have a Prime Minister as handsome and loveably-awkward as Hugh Grant.

2 – And even if we ever did, it would never be acceptable to launch yourself, legs-first at him at the arrivals hall of the airport. He’s cute, but not worth being tasered for! 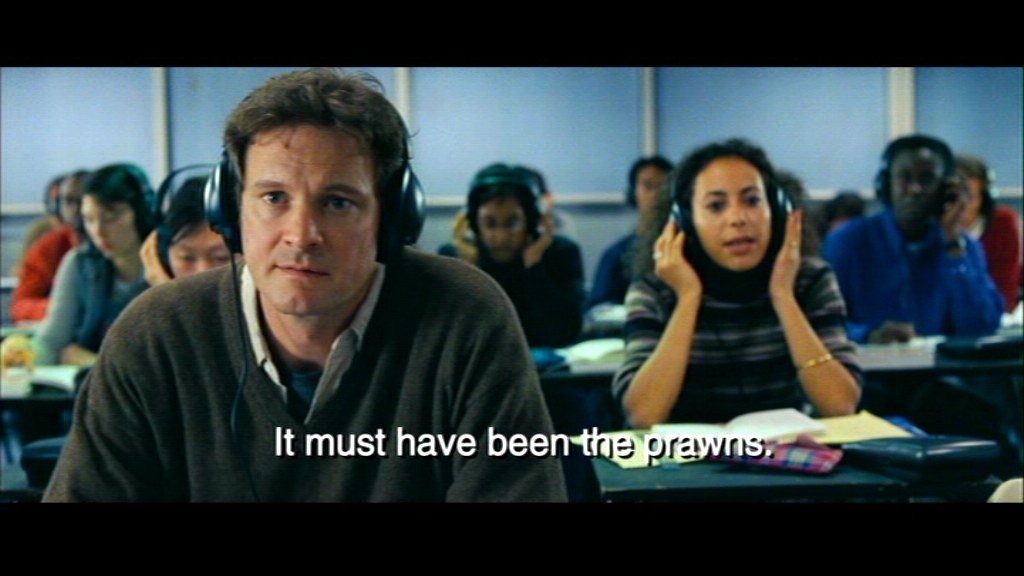 2 – If you truly like/love someone you should do extraordinary things to show them. Seriously, learn their language without them even knowing as Colin Firth’s character Jamie did for Portuguese stunner, Aureila. Awwwww. 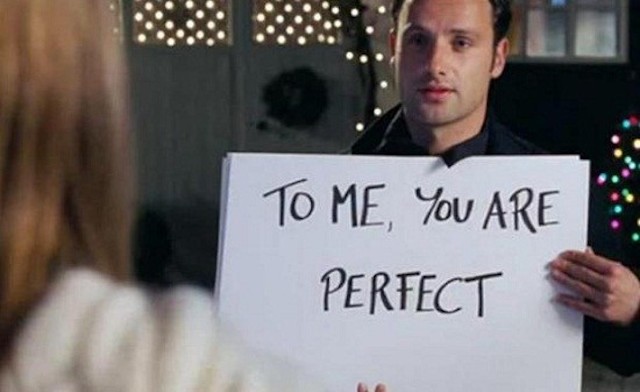 3 – If that cute lad in the grey trackies from the gym turns up at yours with a random itunes playlist and a load of hand-written boards, declaring his love for you, like Andrew Lincoln…..don’t run down the street and kiss him unless he has chicken nuggets too. That’s a deal breaker. 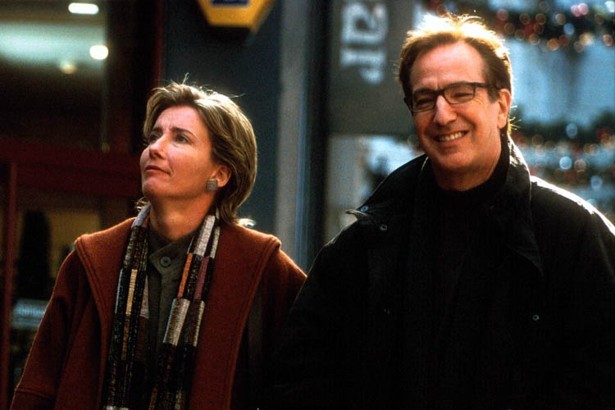 4 – The only man we could ever forgive for cheating is the loveable yet easily-led Harry, played brilliantly by the late Alan Rickman. His on-screen temptress, Mia on the other hand is a rat! 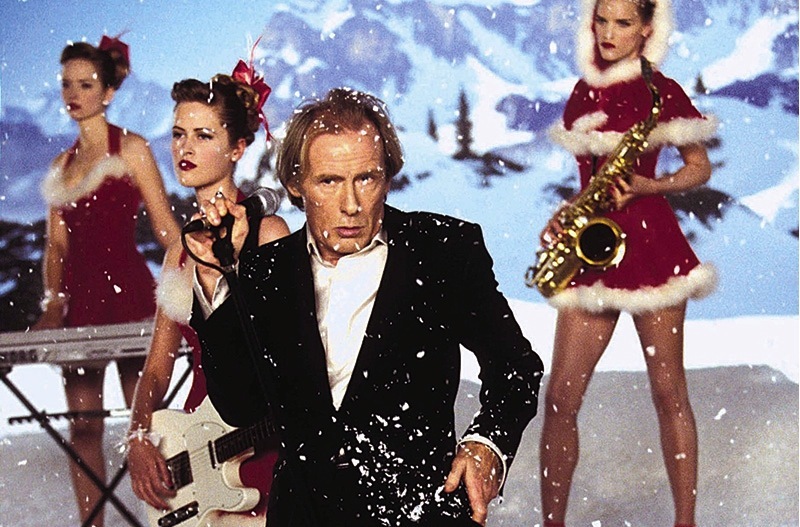 5 – If Bill Nighly’s hysterical storyline happened in real life, we reckon the vast majority of us would download that god-awful Christmas track and we’d probably fancy him as well. 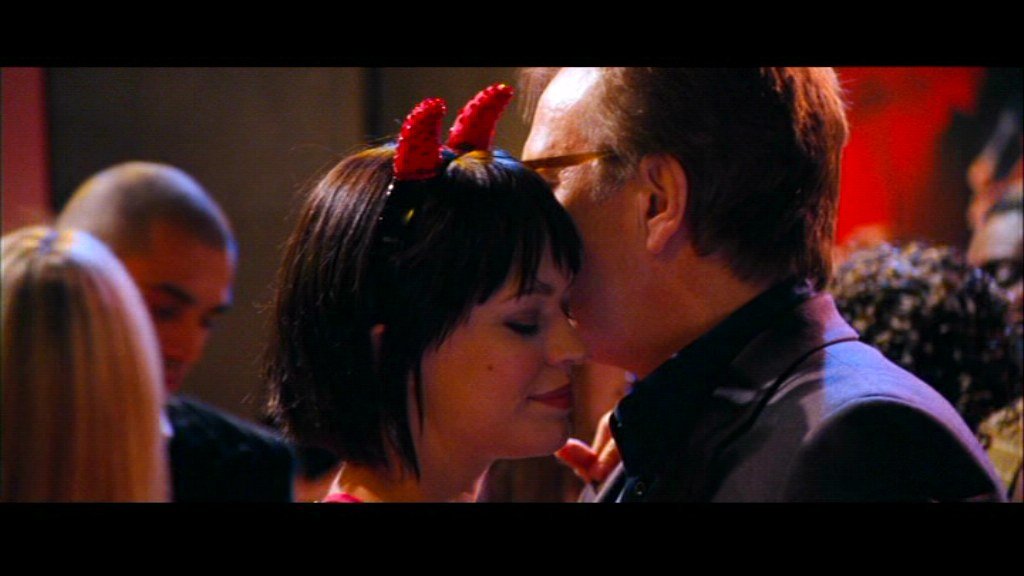 6 – Relationships aren’t always easy! Keira Knightly kissing Andrew Lincoln (sigh), Mia trying to lure Harry away from his lovely wife, Colin Firth’s missus doing the dirty with his brother. If you manage to bag a good one, don’t arse it up by kissing someone else! Simples. 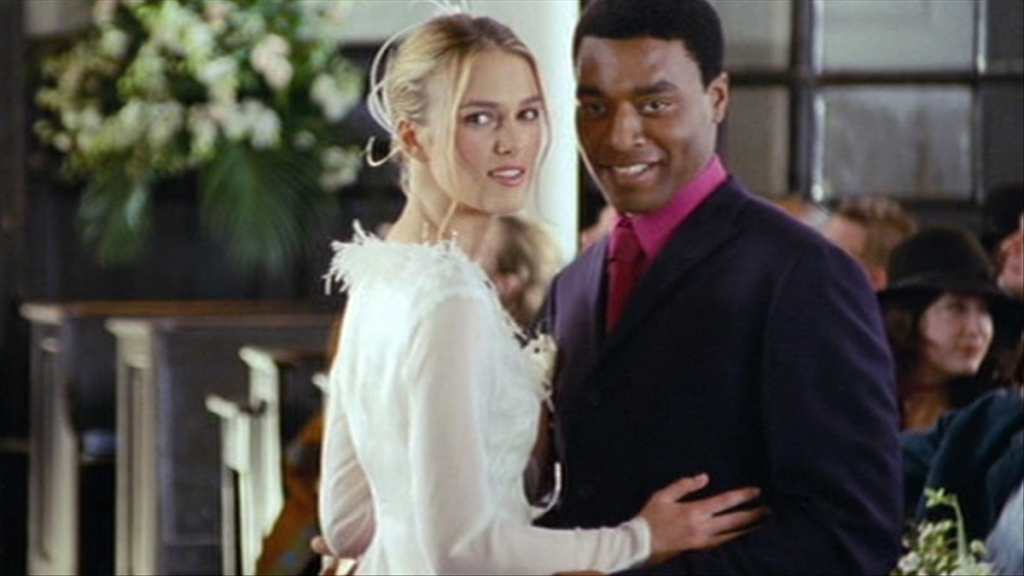 7 –  Is Andrew Lincoln’s wedding video not just super creepy? How hot does a guy have to be to get away with essentially filming voyeuristic video footage? Don’t do this in real life, it will likely end up in court! 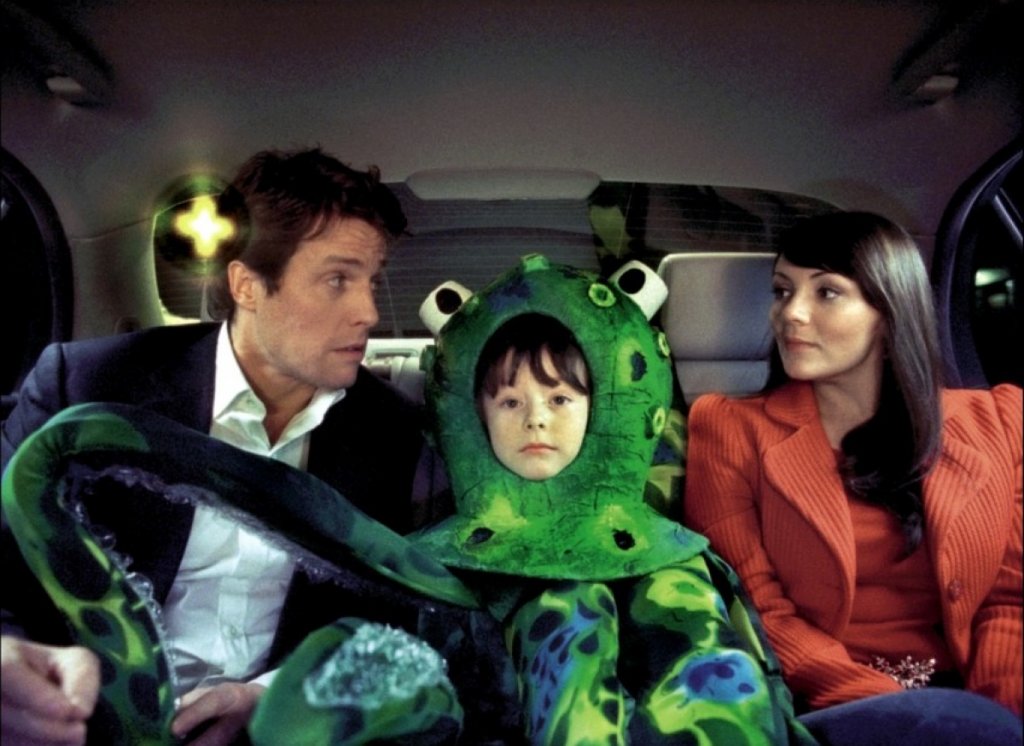 8 – The kid wearing the octopus costume and the kid dressed as the whale OWNED that school play. Never scrimp on amazing homemade costumes, it could make your kids FAMOUS! 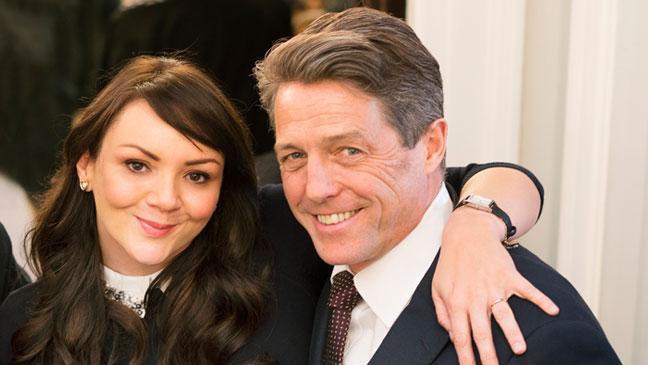 9 – Martine McCutcheon was and still is an absolute babe. AND SHE IS NOT CHUBBY! 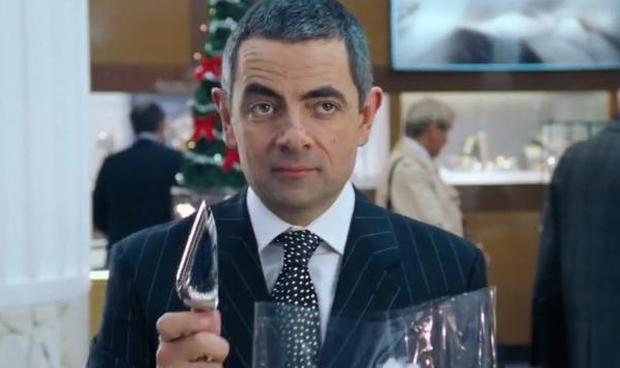 10 – Dip it in yoghurt….Sprinkle it with chocolate buttons? As Rowan Atkinson portrayed, gift wrapping in department stores is faffing ridiculous. Grab a Tesco gift bag and be done with it. 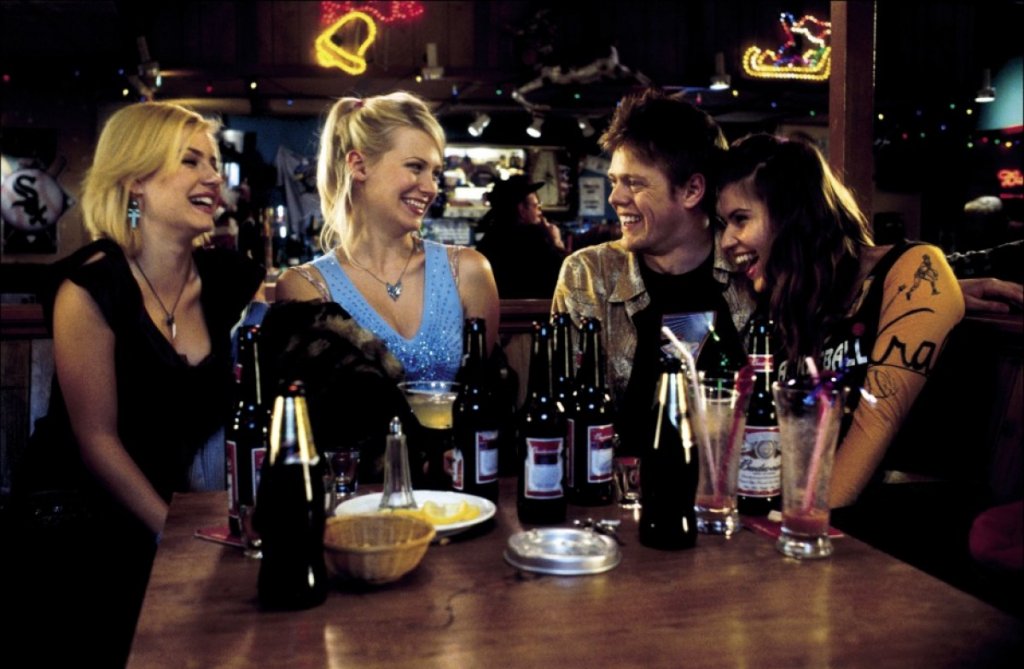 11 – If you have a dream, go for it! Colin aka actor Kris Marshall heads to Wisconsin with nothing but a bag full of condoms and he manages to bag himself January Jones and her fit flatmates. What are you waiting for?

12 – Love Actually truly has one of the best film soundtracks ever. You can listen to the entire thing now and get exact same feels as 14 whole years ago. Priceless. 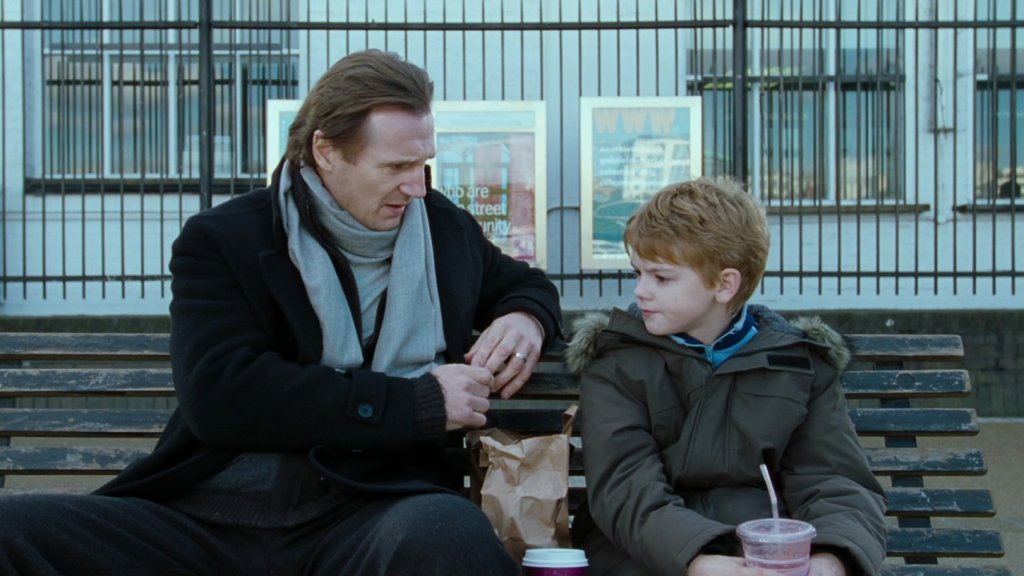 13 – Liam Neeson never ages. We must discover his skincare regime and follow it to the letter. 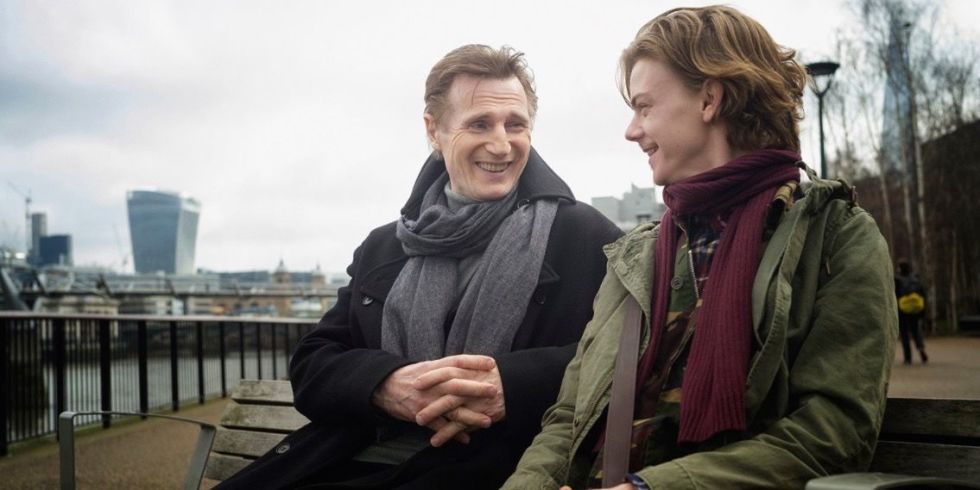 14 – The tag line of the film is ‘Love, actually is all around’ and it taught us that even if you’re not in a romantic relationship, it doesn’t mean you aren’t loved by family, friends and even colleagues! And isn’t that just amazing? 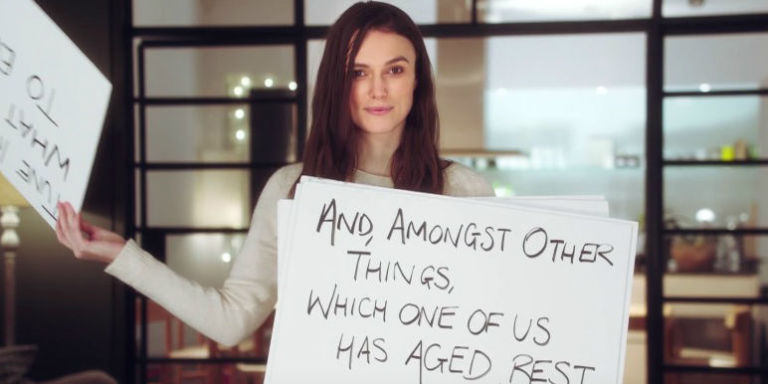 Go on…..go and stick the film on because if you’ve managed to read that and you don’t want to watch it again immediately, Love Actually is wasted on you! To find out more about all the fundraising activities and tv schedule for this year’s Comic Relief, head to www.comicrelief.com

Who is your favourite Love Actually character and why? Tweet us @TheGuideLpool or email us [email protected] and we’ll share the love on our socials this week.