15 Liverpool bars and clubs we'd love to see make a comeback - The Guide Liverpool
Contact Us Advertise with The Guide Our Video Services Follow us:

Which Liverpool bar or club would you love to see back open?

Liverpool has been home to some of the best bars and clubs in the world, from the glory days or the iconic Cream to the swanky sintillate nights at Newz Bar – but what’s been your fave?

The world can get a little much sometimes, especially in the last couple of years. It can make us long for simpler times so grab yourself a blue WKD and come and wrap yourself up in the blanket of nostalgia with us while we remember 15 clubs and bars in town that we wish would make a comeback.

The bar to see and be seen in. Based in New Zealand house on Water Street (hence the name) this was the place to go on a Saturday night for any Scouse prin worth her salt. There have been a few places try their luck in this iconic location but no one has been able to replicate the magic of the Newz bar. RIP.

Only OG’s will remember this place. Back in the heyday of Concert Square before it became the haven for students and stag do’s it was home to some of the most popular bars in town including Norwegian Blue. Not only could you get your fill of alcopops for about £2.50 (the going rate at the time) but you could dance the night away to the latest pop songs in front of the REAL WATERFALL. 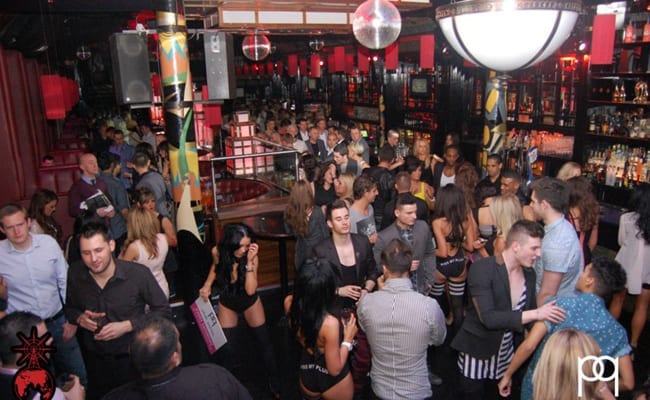 Another jewel in the crown of the Concert Square golden age. You could dance downstairs to a bit of retro Billie Jean (before THAT documentary) or you could people watch over the big circular balcony directly above the dancefloor. It just wasn’t a proper night out without a visit to good arl Edwards.

Want cheap drinks, dancing and a venue so big you were guaranteed to pull at least one person? Check! Wanted to order kangaroo burgers or crocodile steaks? Also check!

This venue on Hanover street at the junction of Wood Street has seen so many name changes it’s really hard to keep track of them – The Old Monk? Barracuda. Varsity and many many more. This was a place to go for after work drinks that was always guaranteed to be buzzing until the small hours. It was never the same after they banned smoking indoors.

Once upon a time it was Howl At The Moon, now it’s Popworld but in between those, this little party bar was called The Reflex (after the Duran Duran song of the same name). It was basically just Popworld but with more Come On Eileen thrown in. Never change. 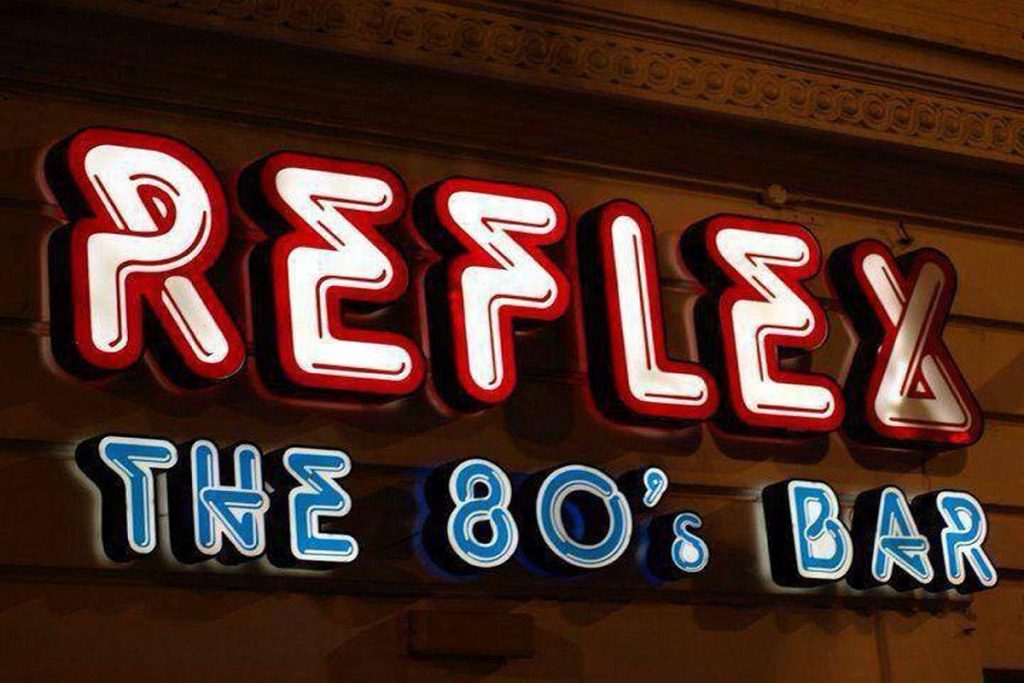 It was swanky, it was classy, it had its own piano player. Posh cocktails and plush surroundings made this a) the ideal date location and b) the ideal place to try and pull a fella with a bit of money/a classy prin. I still don’t know where this place went and why but it gave us loads of memories and fit cocktails along the way.

If 2020 was the year of COVID then 2012 was the year of Moniques. Every Z lister in Liverpool and beyond would be there every weekend listening to celeb DJ’s, rubbing shoulder with whichever reality star was doing a PA there that weekend and drinking bottles of vodka with a sparkler attached. The halcyon days of the Mathew St/Victoria St junction. 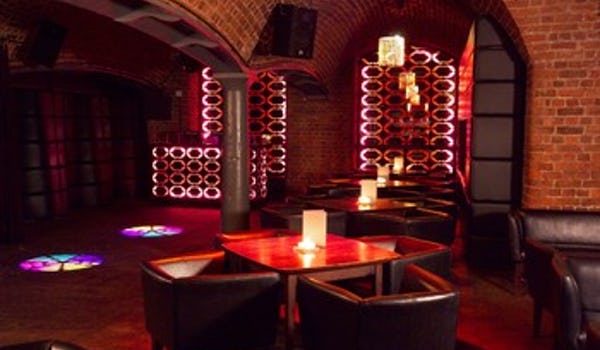 The shining star of the Albert Dock. Blue bar was cool but Baby Blue was achingly cooler. Visit after hours on Ladies Day and find it packed to the rafters with feather fascinators and bare feet. It was like posh but for not posh people. It had a long stint after it closed as a comedy club but Baby Blue the original will always hold a place in our hearts.

I actually feel like this place could have been a fever dream. A sports bar underneath what is now the Hard Days Night hotel with a circular bar that you would get up and dance on while doing karaoke? Anyone remember this? No? Maybe I just had too many steamboats!

The home of every goth, punk, emo and grungey misfit for decades, it finally closed its doors a few years ago and had many ex goths crying their industrial strength eyeliner into their morning coffee. No more permenant 2 for 1 drinks. No more going the toilet in cubicles with no doors while a girl with purple hair, stripey tights and a spiked necklace kept watch. No more sweating off your foundation in shade 001 pale ivory death mask while moshing to Marilyn Manson. A true loss indeed. If you’re desperate for your K fix then the lads over at Shit Indie Disco have been known to run K revival nights in Electrik (the same building). 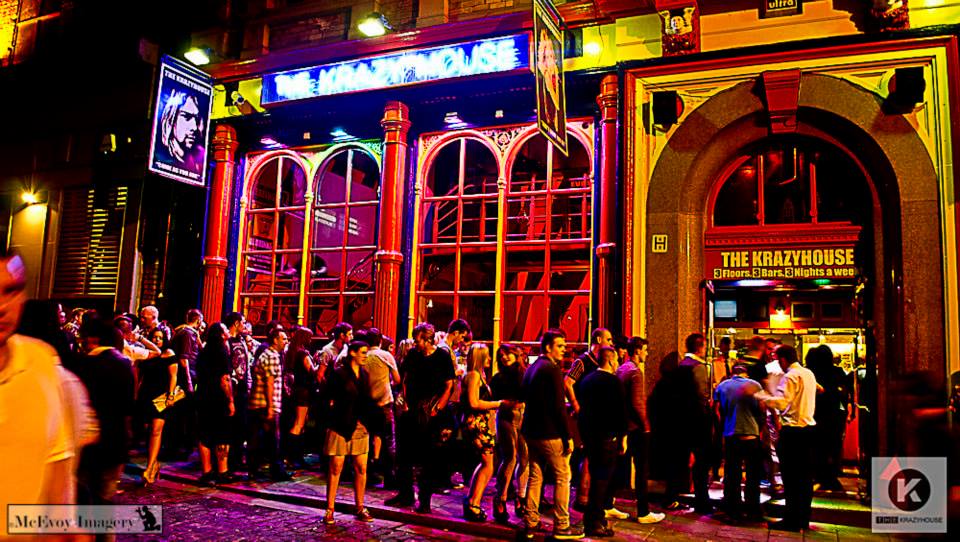 Three levels, three different Moods. Whether it was cheesy pop, hardcore RNB (with the most hilariously underused VIP area I have ever seen) or strobe and UV dance music, there was a floor for you. And if you weren’t in ‘The Mood’? just hang out in one of the smoking gardens all night instead.

Ok  so we got our wish with this one. There aren’t many RNB destinations in the city and the Camel club was the haven for those who like to grind to a dirty beat so you can imagine it was a blow when it announced it was permanently shutting its doors a couple of years ago. Fear not though, if you want to drop it like it’s hot in one of the cosy Moroccan style cave areas, you can! Because the Camel is back baby!

The brick arches, the cobbled floors, the giant carousel horse hanging from the ceiling, the lights behind the bar beckoning you to roll up roll up for the greatest Saturday night you could ever dream of. That was the magic of the circus that was Circo. Classy and beautiful enough to take your mum for lunch in the day but wild enough to get absolutely shitfaced on shots in the night. There was nowhere quite like it before and there never will be again.

How could we talk about Liverpool bars of yesteryear without mentioning Cream. This was like The Beatles of the club world. It has its own clothing line of clubwear, its own compilation CD’s and collaborations with Ibiza. Some of the biggest DJ’s of the time played there – it was their Mecca. All of that wasn’t enough to save it though but Cream will live on forever in our hearts. RIP.

How about you? What are your fave Liverpool clubs and bars that are no longer around? Let us know on Twitter HERE.