15 things Liverpool can look forward to in 2021 - The Guide Liverpool
Contact Us Advertise with The Guide Our Video Services Follow us:

15 things Liverpool can look forward to in 2021

It might not seem like it right now but there is still lots to look forward to in Liverpool as plans for new bars, attractions, restaurants, hotels and more are all underway.

Liverpool’s 2021 looks brighter than you think with a host of new ventures for the city to come. From brand new theatres to exclusive roof top bars, a bigger shopping offer and even tastier food on our doorsteps. Here are 15 things we have to look forward to in Liverpool in 2021.

Listen to our podcast with Liverpool City Council Chief Exec Tony Reeves here for an inspirational discussion about the future of Liverpool and how it will comeback fighting after the pandemic. 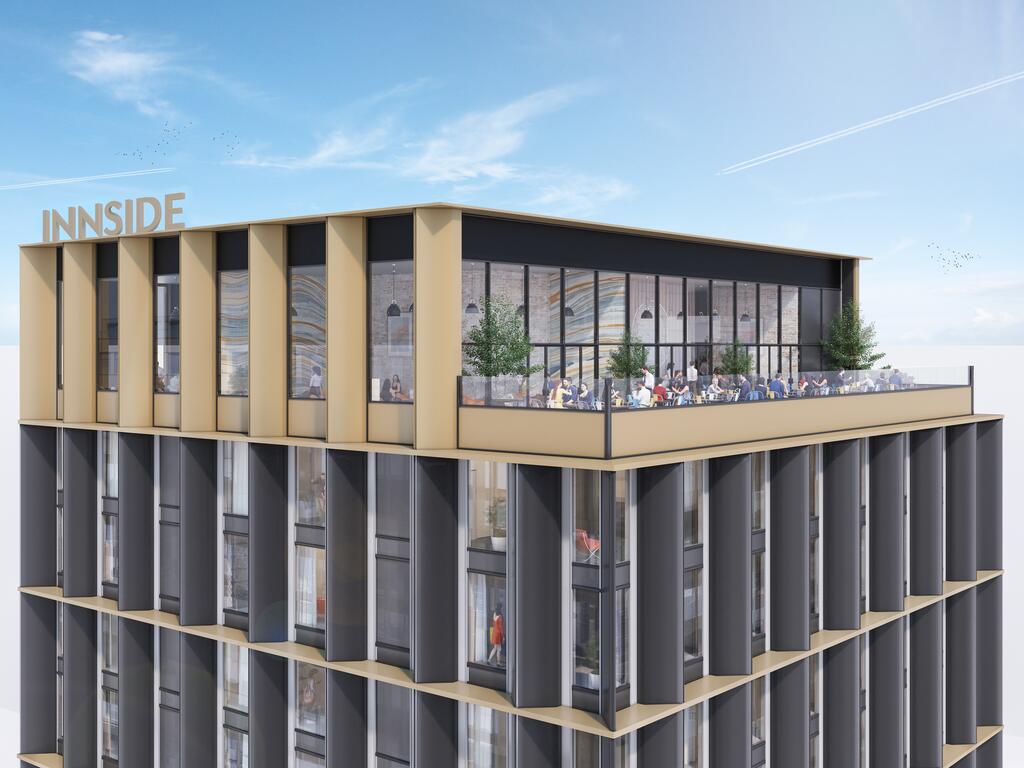 It’s been a tough year for hotels with all the Covid travel restrictions, but they’re hopeful of a bounce back later this year and even if we can’t get abroad, staycation bookings should be big. The Spanish-owned Melia hotel group has had some delays to construction because of the pandemic, but it’s on target to open the four-star INNSiDE Liverpool in May. The new hotel, in the old Echo building on Old Hall Street, will have over 200 bedrooms and a 17th floor rooftop SkyBar with views over the river. Visit the website here. 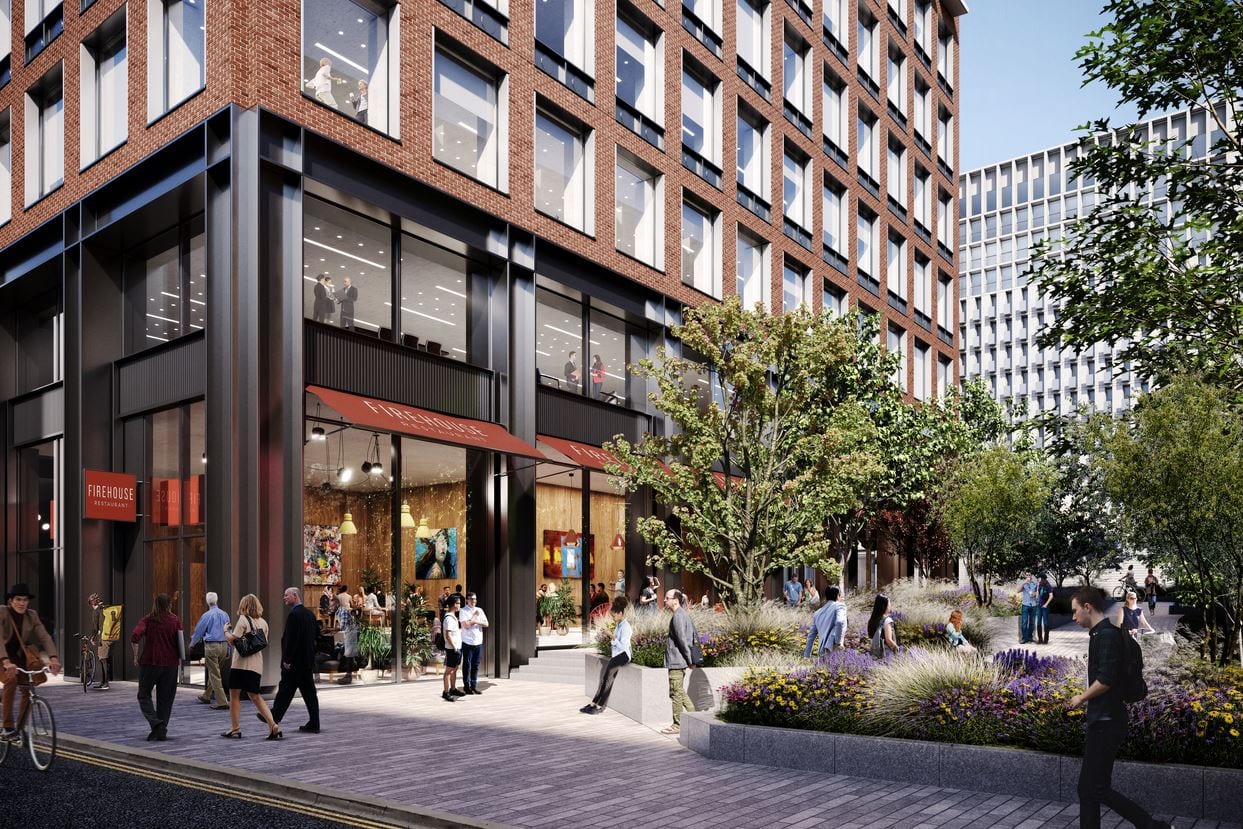 In the business district, the Pall Mall development of offices and a hotel is moving forward towards creating a new city centre business community. Off Bixteth Street, behind Tithebarn Street, there’ll be a mix of office space, a café, bar and restaurant and a new Pall Mall gardens to sit out in. European chain Leonardo Hotels, which is also opening in Manchester, Edinburgh and London, has signed a deal for a 284-bedroom four-star hotel on the site too.

Once we can all get out to eat and drink again, the good news is there’ll be new places to go like Tempest on Tithebarn on the site of the old Hus cafe. The Ma Pub group which owns Ma Boyle’s just down the road has moved into the distinctive building with plans to convert the ground floor and rooftop space into a new eaterie inspired by New York’s Meatpacking district. Restrictions allowing, there’s an Easter opening date pencilled in.

Maggie Fu opens its next venue in city centre

Maggie Fu’s Asian street food is already a massive hit on Smithdown and it’ll be winning loads of new fans in the city centre soon because it’s also moving into Liverpool ONE. Maggie Fu is going to be opening a new two-storey flagship restaurant on Hanover Street, on the site where Evans Cycles used to be. Maggie’s amazing salt and pepper chicken won’t be far off once restaurants get the post-lockdown green light … 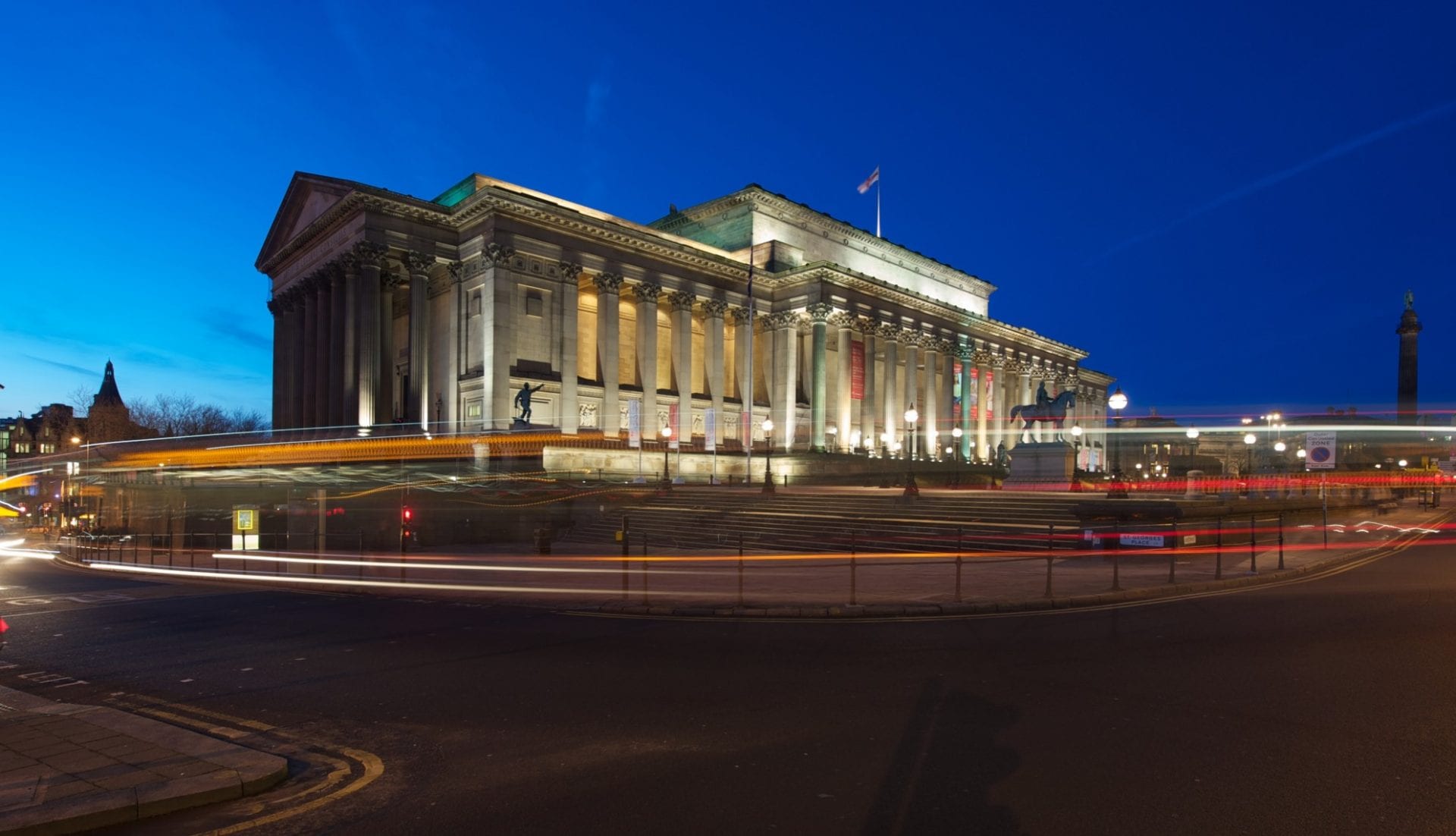 We can’t wait to get back out and into our gorgeous historic buildings and there’ll be something fantastic to see at St George’s Hall, funded by the Government’s Culture Recovery Fund. There’s going to be a new visitor attraction opening in 2021 featuring a high-tech digital visitor experience using 3D, AI and virtual reality, which will let people step back in time and see what life would have been like in the cells and courts of the 19th and 20th centuries.

Next moves into Forever 21 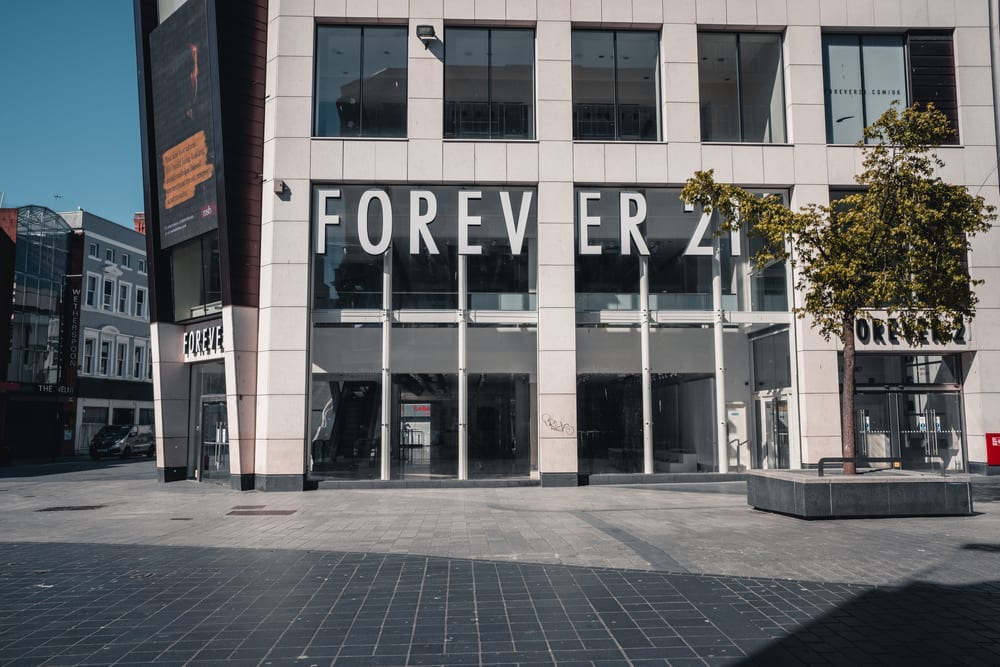 It’s not all doom and gloom on the high street, even though we’re likely to lose a few big names that have been bought out and are shifting online. Next is packing up and moving down Church Street to a new site on the corner of Whitechapel left empty for over a year since Forever 21 moved out. It’s set over several floors so with that, and the new Flannels due to open in Autumn in the old Owen Owen building, there’s still plenty of shopping to be had in 2021.

The Bluecoat revamp with new cafe and welcome centre

One of the city’s most beautiful buildings, and also the oldest in the city centre, is having a makeover of its entrance space. The revamp work, which has already started, will see Bluecoat getting a new café area, a dedicated place for families and children and, for everyone who loves its garden, there’ll be a new covered seating area out there too for café customers. Depending on restrictions, the new space is due to open in Spring. 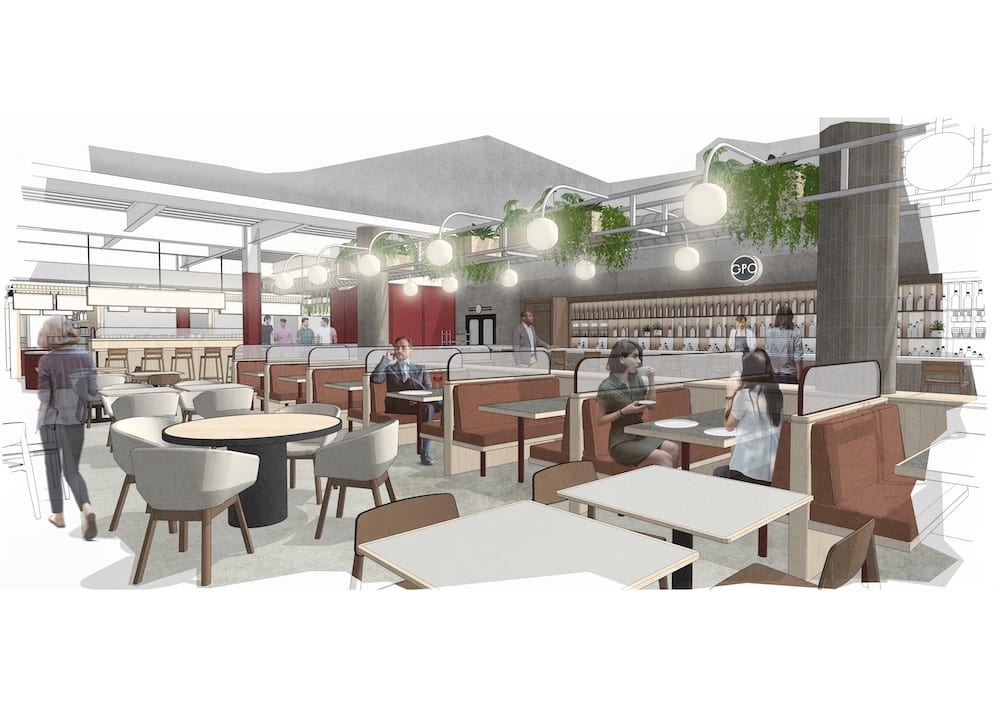 We’ll be wanting to make up for lost time once we can eat out again, so this place will be perfect – Metquarter is getting a huge new food hall on the Victoria Street side next to the Everyman Cinema. Due to open in Spring, General Post Office (GPO) has already confirmed Bullion Craft Bean Café, Restaurant Konjo, Jail Bird Nashville Fried Chicken, Patty B’s Burgers, Thai 25, Dirty Herb Vegan Chicken and Bubble Tea will be moving in. 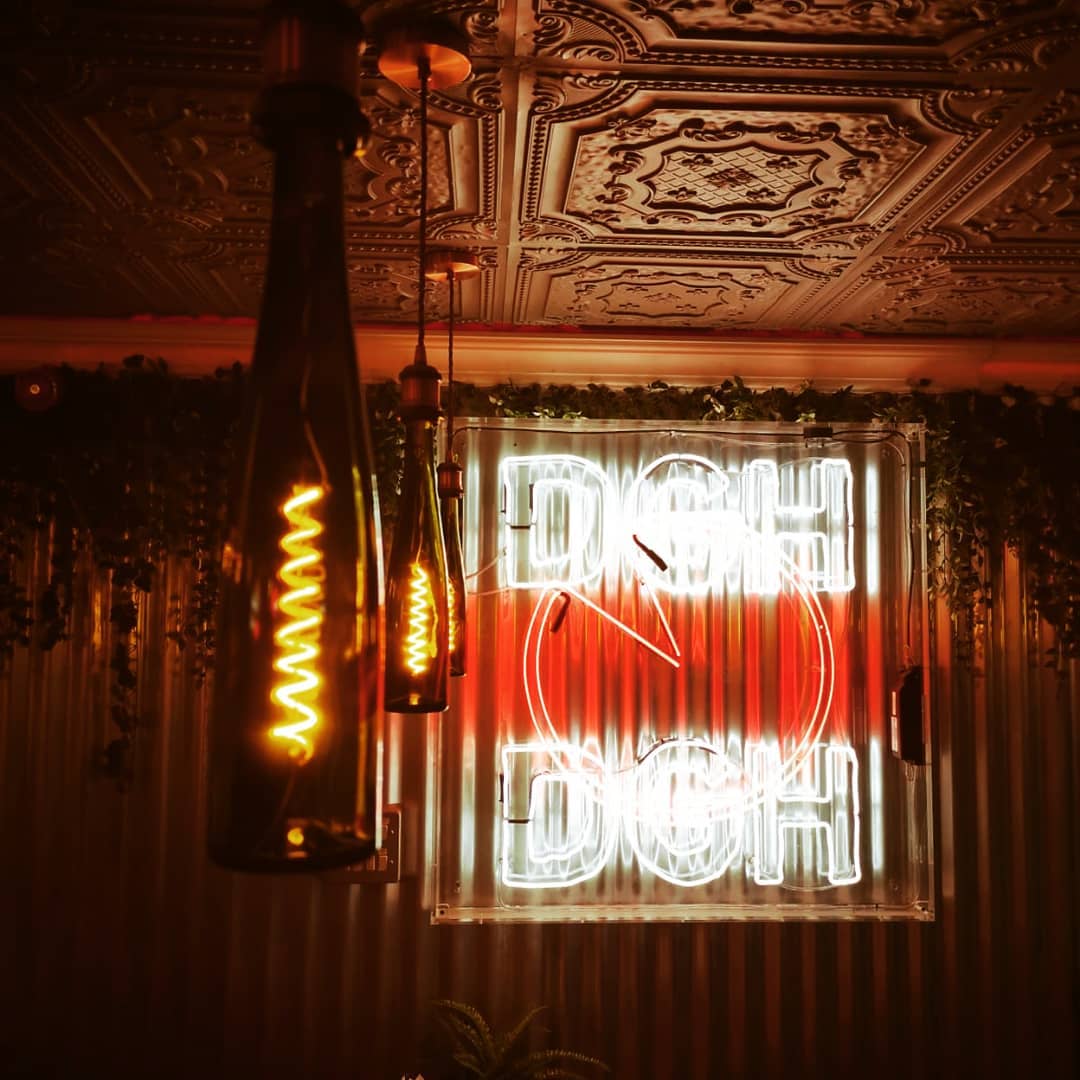 Founder of the Dough Dough brand, Des Pheby, says the launch is a bright spark at the end of a dismal year. There’s a lot to look forward to – and the freshly-made pizzas, created with their signature dough and cooked to perfection in wood-fired ovens with a delicious puffed-up crust, are just the start. More info here. 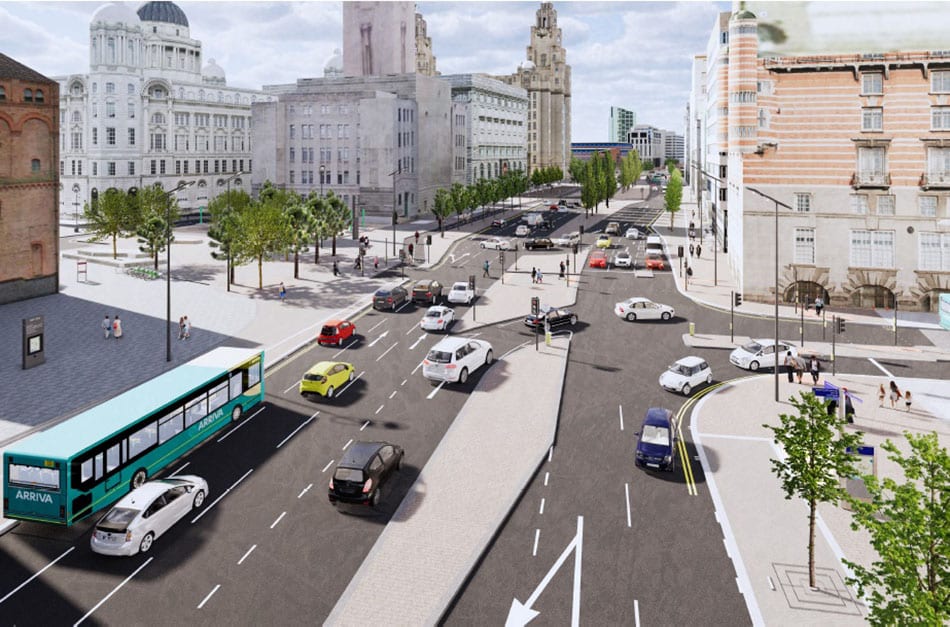 Anyone who’s driven or walked along the Strand can’t miss that big things are happening down there and it’s all part of a £22m eco-led scheme to cut congestion and improve safety and air quality. Work to reduce the carriageways will carry on until at least spring, but once it’s all complete the idea is to make it much more accessible to pedestrians, there’ll be a dedicated cycle lane and new trees and walkways, and planners say the new layout should also reduce traffic journey times.

After years of planning, work has finally started on a year-long £9m upgrade of Lime Street, making it more pedestrian and cyclist-friendly. It’s going down to a single carriageway, pavements will be widened so they get a boulevard feel and there’ll be a new cycle lane. Plans also include a new a water feature at the southern end of St George’s Plateau, which falls within the city’s World Heritage site. 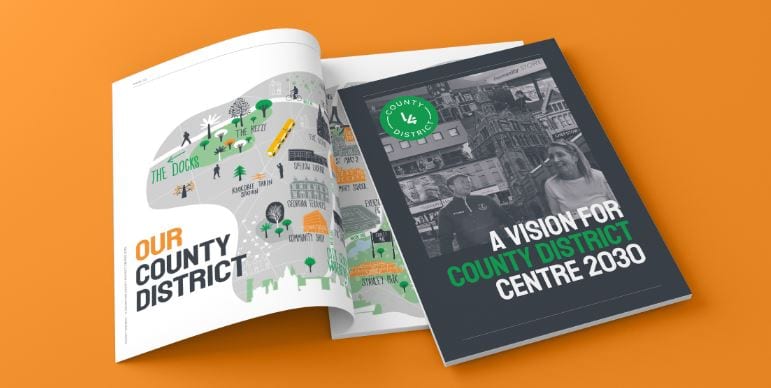 County Road and Walton Road are going to be getting a major revamp as part of a 10-year masterplan for the area. With £1million from the Liverpool City Region Town Centre Fund, the community-focused plan includes refurbishing Spellow Library for adult and children’s learning and business support, a dedicated police team for businesses and residents, and a small grant – which is due in Spring – for businesses to improve their properties and re-open following Covid. 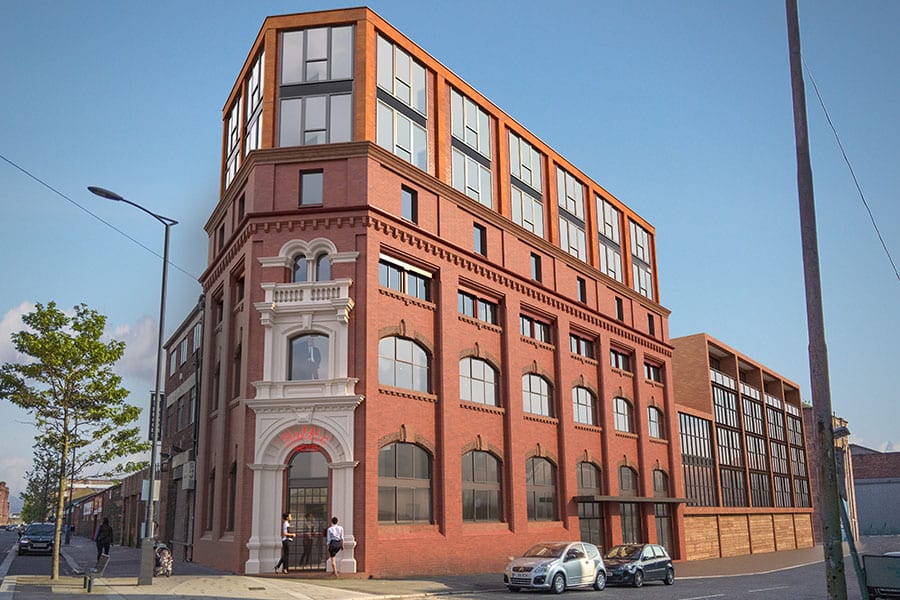 The Baltic’s already got so much going on, and it’s about to add an amazing new hotel to that list. The Baltic Hotel will take over a 19th century red brick building on the corner of Jamaica Street bringing not just cool hi-tech tablet-controlled bedrooms but also a Duck & Swagger pub and Brasserie restaurant. There’ll be great lobby and lounge areas too where, even if you’re not staying over, you can get on your laptop, get a coffee or grab a cocktail. 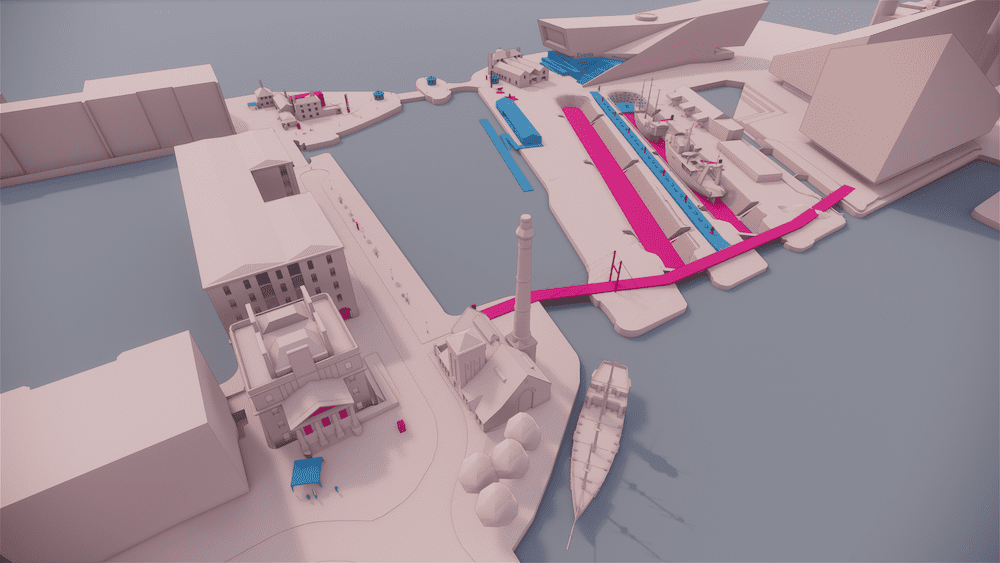 The area between Mann Island and the Royal Albert Dock is in line for a huge transformation as part of a 10-year masterplan.  One of the highlights will be the redevelopment of the Dr Martin Luther King Jr Building at the Albert Dock with its terracotta columns – which used to house Granada TV’s Liverpool studios. That will create a new landmark entrance to the city’s International Slavery Museum.

The Shakespeare theatre in Prescot is within reach 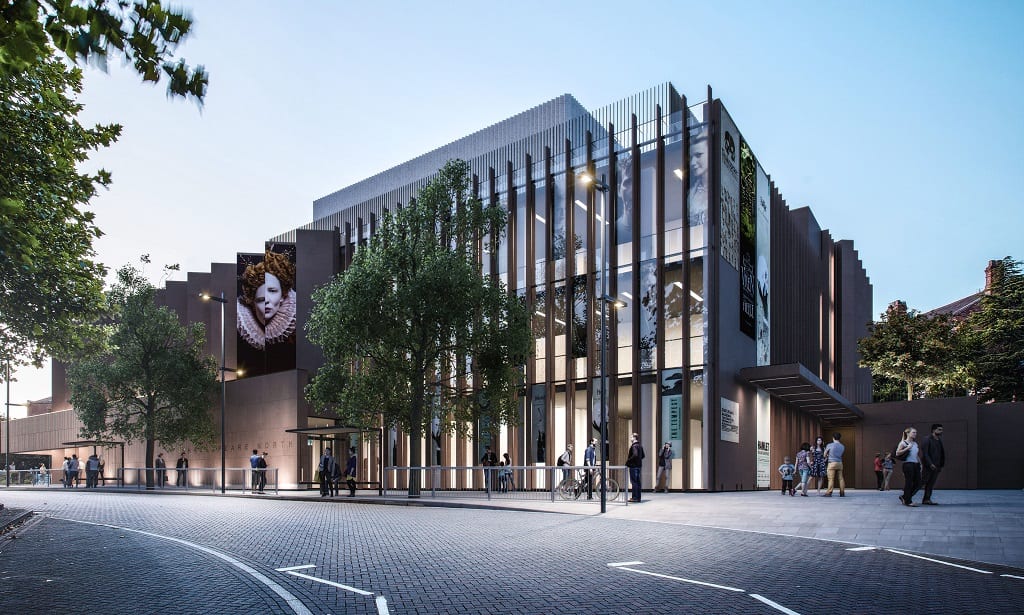 Although it’s not due to open to the public until March/April 2022, Prescot’s new Shakespeare North Playhouse is really starting to take shape and the signs of the replica Elizabethan theatre are now unmissable. It’s had some good news recently too – not only has work been able to carry on right through lockdowns, but the project has been awarded a £3m Capital Kickstart Grant from the Government which will help make up for funding lost during the pandemic.