15 things you can do this week in Liverpool (14-20 March 2022) - The Guide Liverpool
Contact Us Advertise with The Guide Our Video Services Follow us:

Plan your week in Liverpool with our weekly planner, published every Sunday to help guide you through your next seven days in the city.

It’s the best week of the year if you’re up for the craic with loads of places decked out in green and throwing a big party to celebrate St Patrick’s Day.

But if you’re looking for ideas that don’t involve Guinness or you just want somewhere different to take the kids, here are 15 things you could be doing in Liverpool this week (and we’ve sneaked a couple of Paddy’s ones in too!) … 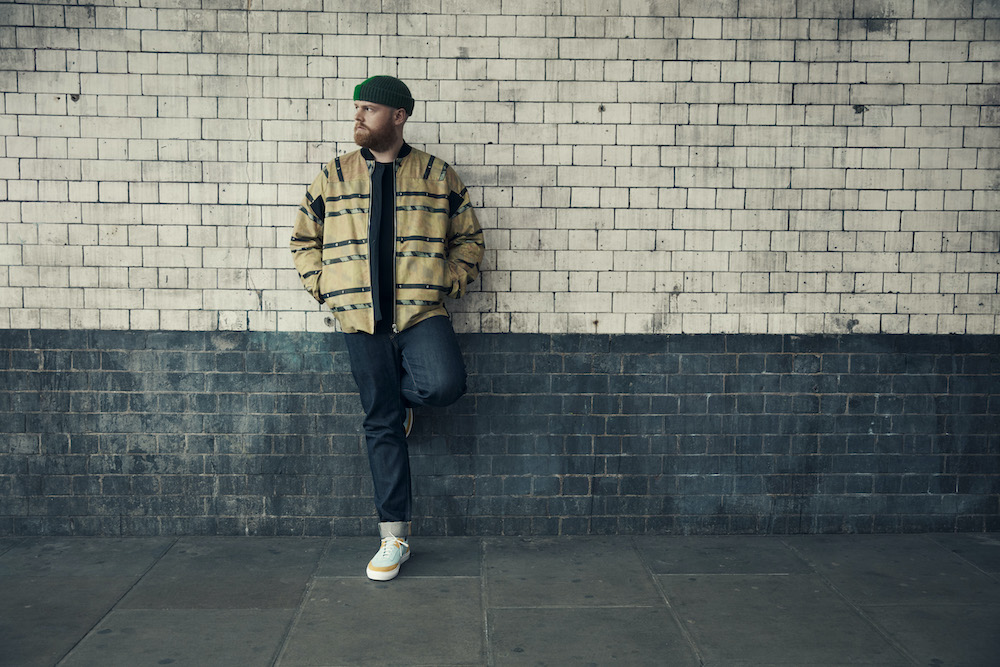 Brit Award winner Tom Walker has had a pretty amazing year, what with new music coming out and a little duet with Kate Middleton, now he’s doing some intimate gigs ahead of his second album and the Arts Club on Seel Street is one of them. This Tuesday from 7pm.

Cocktails at the beautiful Mrs Blodget’s

If you’ve not tried Mrs Blodget’s on Duke Street yet then you really should because it’s a beauty – and they do some gorgeous cocktails. There’s a great list of in-house creations, including four sharers – the fruity gin-based Curious Cat Lap is perfect to get you in a summer’s coming kind of mood.

Cherry Jezebel continues to wow audiences at the Everyman Theatre

It’s the show everybody is talking about and in our opinion it’s a must-see. Cherry Jezebel is on at the Everyman Theatre until Saturday 26 March. Writer Jonathan Larkin told The Guide Liverpool “I call it queer Liverpool with its knickers down. It’s rude and raucous and funny, we’ve got lots of Scouse house classics in there, but hopefully people will come away having learnt a little something as well about what it’s actually like to be queer in Liverpool in 2022.”

Book your tickets here – not to be missed!

Lunch on the go at Pasta Cosa on Castle Street

How does skipping a butty and having some fresh authentic Italian pasta for lunch instead sound? Could be the best idea you have all week. If you’re on Castle Street head to Pasta Cosa and you can pick your own favourite type of pasta, sauce and any meat, fish or veg extras so it’s made to measure. They’ve got ciabatta toasties, pizzas and a kids menu too.

Rain or shine day out at Knowsley Safari, it’s open midweek too!

There’s always so much to see and do at Knowsley Safari, it’s impossible to pack it all in to one visit whether you take the drive or the foot safari to see all the incredible animals. Don’t forget it’s open midweek which is a perfect time to go with pre-school little ones, or just adults, and at weekends the Junior Rangers Kids Club is now back on for 11-14-year-olds.

It feels like ages since The Wanted were out on tour but now one of the biggest boy bands of the noughties are back after a seven-year break with Most Wanted – A Greatest Hits Tour which is bringing all the hits to the Arena this Thursday. 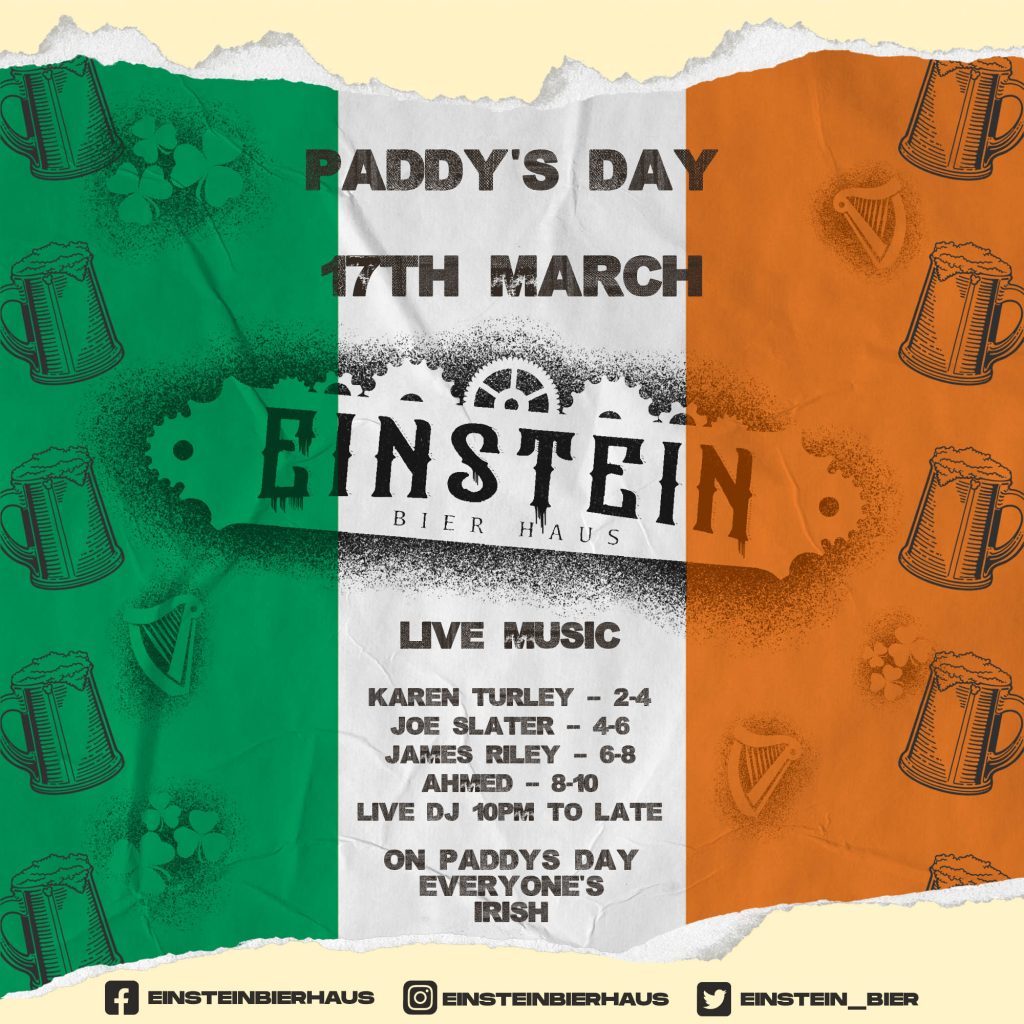 Paddy’s Day is always a massive one in Liverpool so there’s no shortage of places to celebrate – here’s three to get on your list: Tres cocktail bar is having a free admission party with live music, DJs and drinks offers; McCooley’s in Concert Square and Mathew Street is always brilliant craic and it’s ramping it up for Thursday and Pogue Mahone on Seel Street has four nights of live music and what’s got to be a contender for the best Guinness in Liverpool and there’s a full lineup of great live music at Einstein in Concert Square.

We Will Rock You at Liverpool Empire 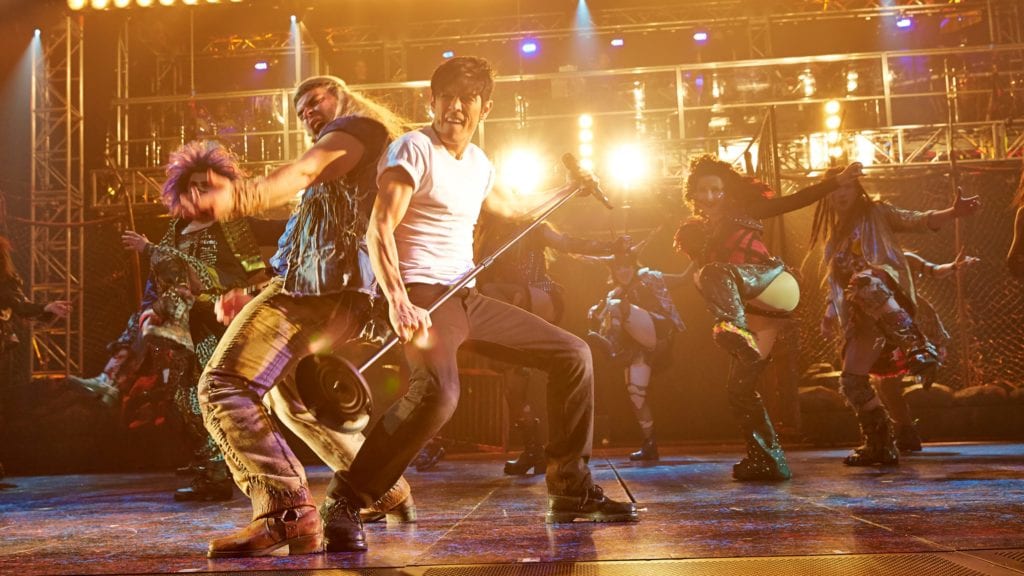 Fans of Queen will be in their element at the Empire this week because the fabulous We Will Rock You musical is back out on tour and coming to Liverpool from Monday to Saturday. It’s got a funny storyline from TV writer Ben Elton and a huge 24 Queen hits crammed in there so you can’t go wrong. 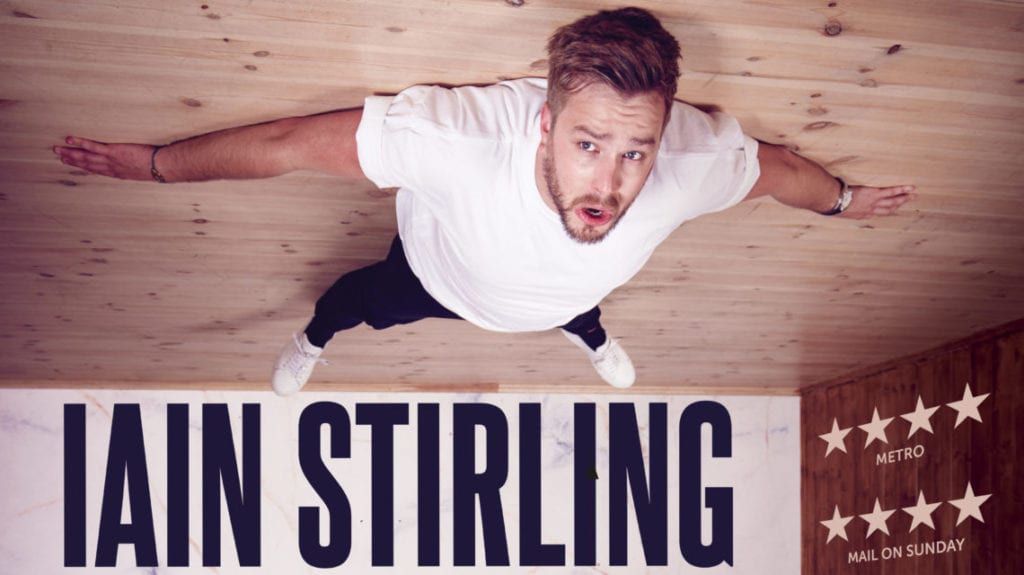 He’s probably better known to most people for his voiceover on Love Island and guest stints on shows like Taskmaster than his stand-up but Iain Stirling’s a funny bloke and not just on telly. He’s bringing his rescheduled tour, Failing Upwards, to St George’s Hall on Friday and Saturday, 7pm. 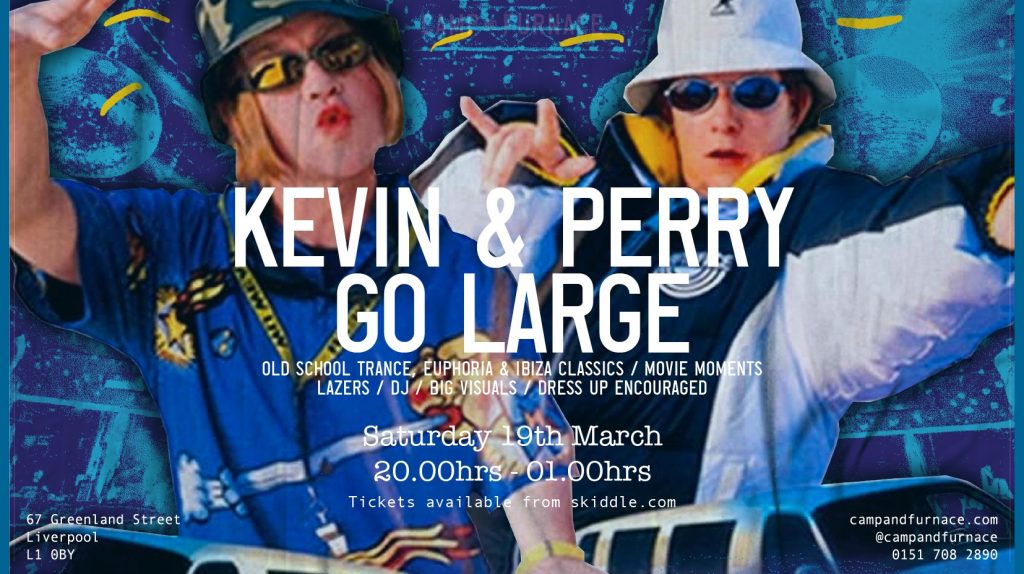 Remember Kevin and Perry, giving it loads in their bucket hats? Relive all the Ibiza classics and old school trance plus big visuals, lasers and glow sticks obviously at Camp and Furnace on Saturday, 8pm til 1am.

Music from the Movies at St George’s Hall on Sunday 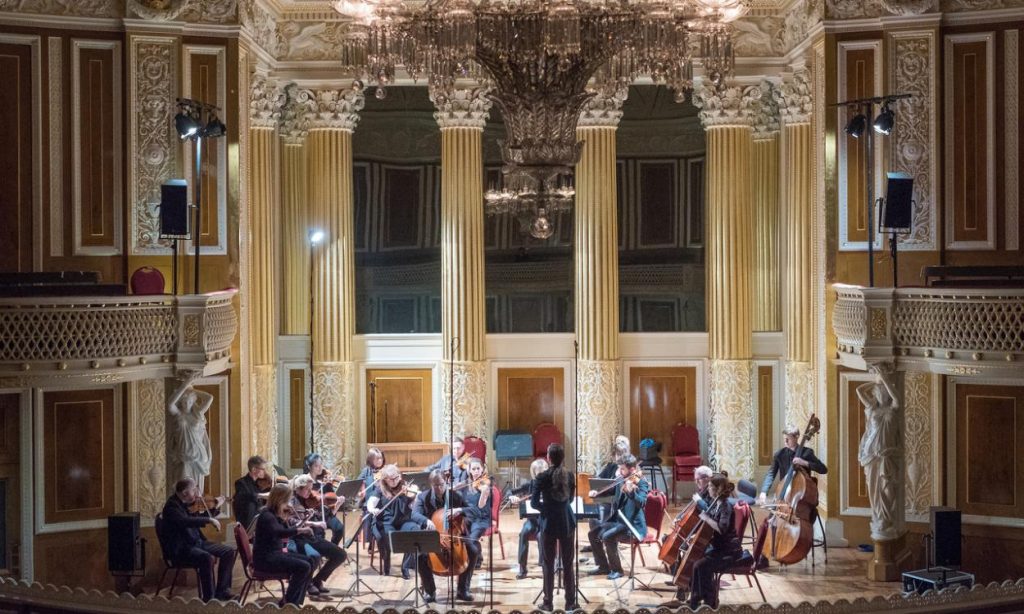 St George’s Hall is such a beautiful setting for a concert and on Sunday it’ll be filled with fantastic movie music from London Concertante who’ll be playing some of the best-known iconic movie soundtracks including Jurassic Park, Schindler’s List, E.T., Mission: Impossible, Skyfall and The Godfather.

Breakfast out always feels like a bit of a treat and it definitely is if you leave the cooking to the guys at 52 Rose Lane. They’ve got a full English, with veggie and vegan options, three-egg omelettes, breakfast burritos or a choice of waffles, sweet or savoury including fried chicken and maple syrup!

Take the kids on a climbing adventure at Awesome Walls 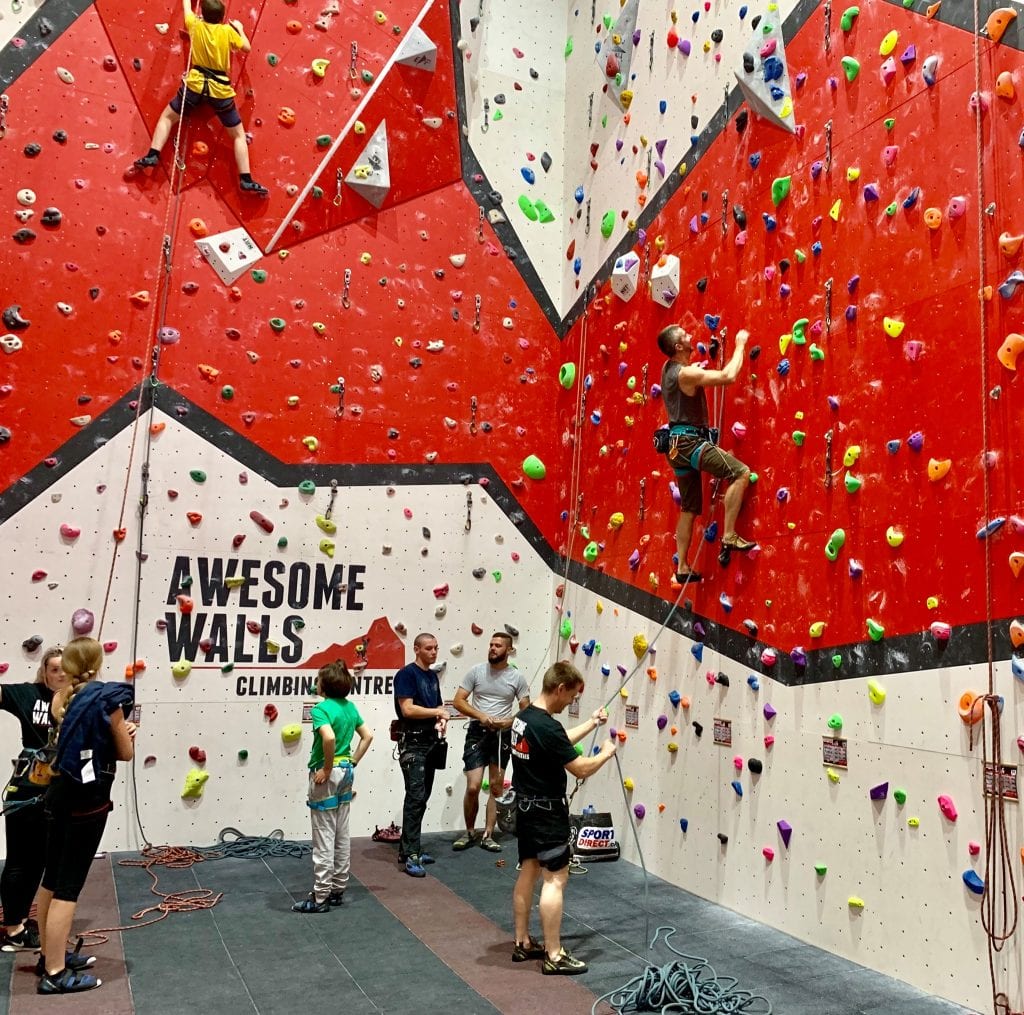 Let the kids climb off some of their energy, get great exercise and have some safe thrills at Awesome Walls – there are walls and levels for all ages, so it doesn’t matter if they’ve never done it before, and expert instructors on hand to show you the ropes. 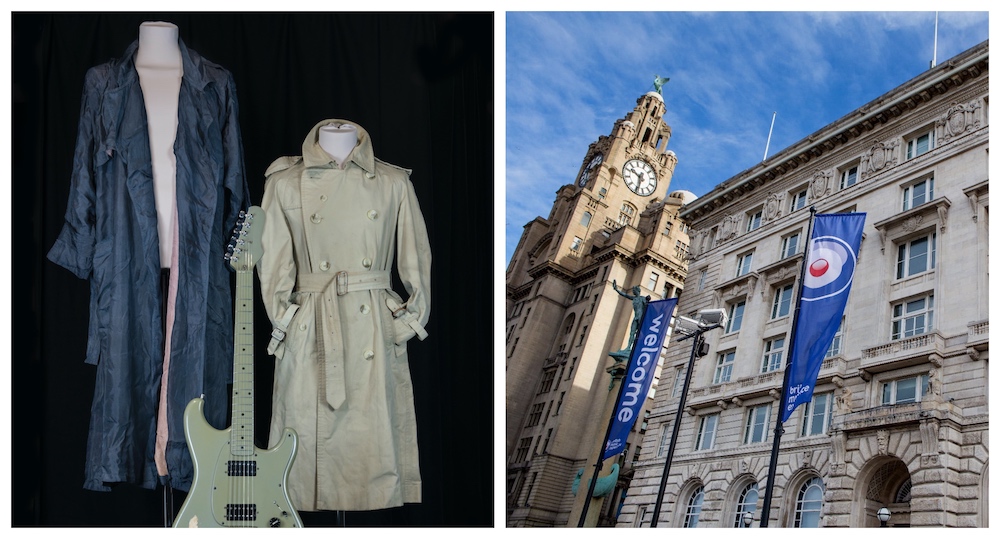 Remember Midge Ure from Ultravox in the Vienna video, with his trenchcoat on? BME’s latest exhibition, Don’t You Forget About Me, is a celebration of Scottish rock and pop which means lots of memorabilia including that trench, plus Sharleen Spiteri from Texas’s leather Tom Ford outfit, Big Country’s Fender and loads more.

Mustard & Co for a Sunday roast, ranked the 4th best roast in the UK! 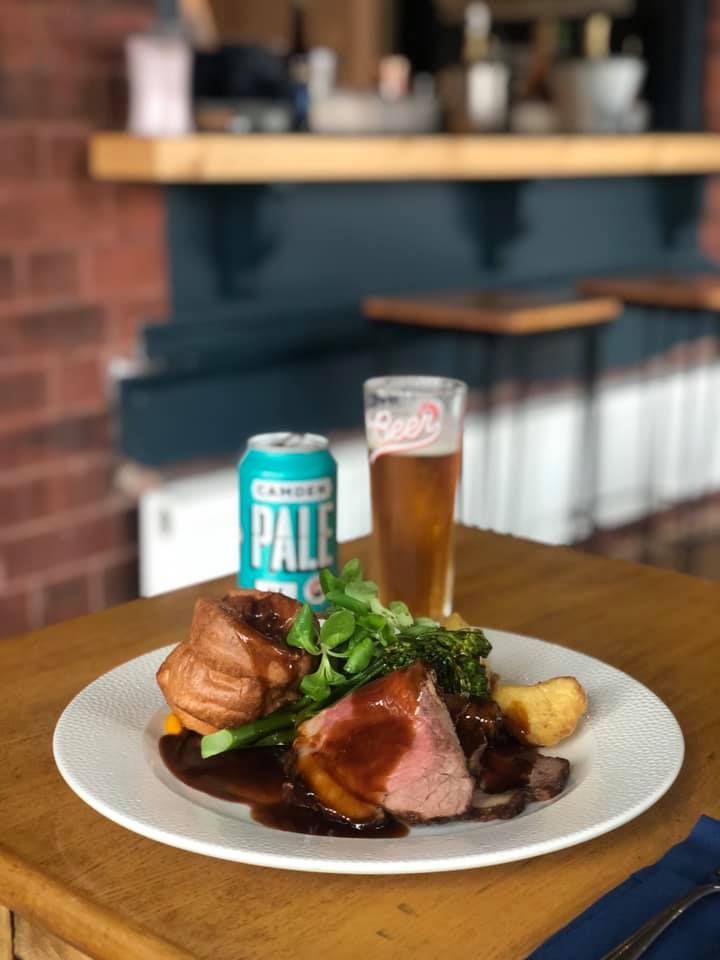 If you’re looking for somewhere really special to go for a roast on Sunday then head to College Road in Crosby because Mustard & Co’s has been named as the fourth best in the whole country. Choose from salt aged sirloin of beef, honey-smoked chicken, vegan roast or a catch of the day fish roast.

It’s a big week, especially with Paddy’s Day, so if you don’t want your night out to end too soon, why not book in for an overnight at one of iStay’s gorgeous serviced apartments around the city centre.