2020 was our best year ever because it gave us hope for our little girl - The Guide Liverpool
Contact Us Advertise with The Guide Our Video Services Follow us:

Just over a year ago, Katie Wall was facing her worst nightmare, watching tiny daughter Elodie fight for life and being prepared for her to lose her battle.

Yet today she’s enjoying every magical moment with her little girl who’s made such a recovery over the last 12 months that she calls her her miracle – and she’s looking forward to many more.

“I know that 2020 was such a bad year and, for some people, the worst,” says Katie. “But it has been the best year for my husband Chris and me, because we went from thinking our daughter might not survive to watching her blossom and thrive.

“The neurologist at Alder Hey refers to her as a warrior because she’s gone from strength to strength.”

And she adds: “I can’t wait for the pandemic to be over so I can take her to Arrowe Park Hospital who looked after her in the early days, and Claire House Hospice who supported us when we thought we might lose her, to smile and say, just look at her now. Thank you!” 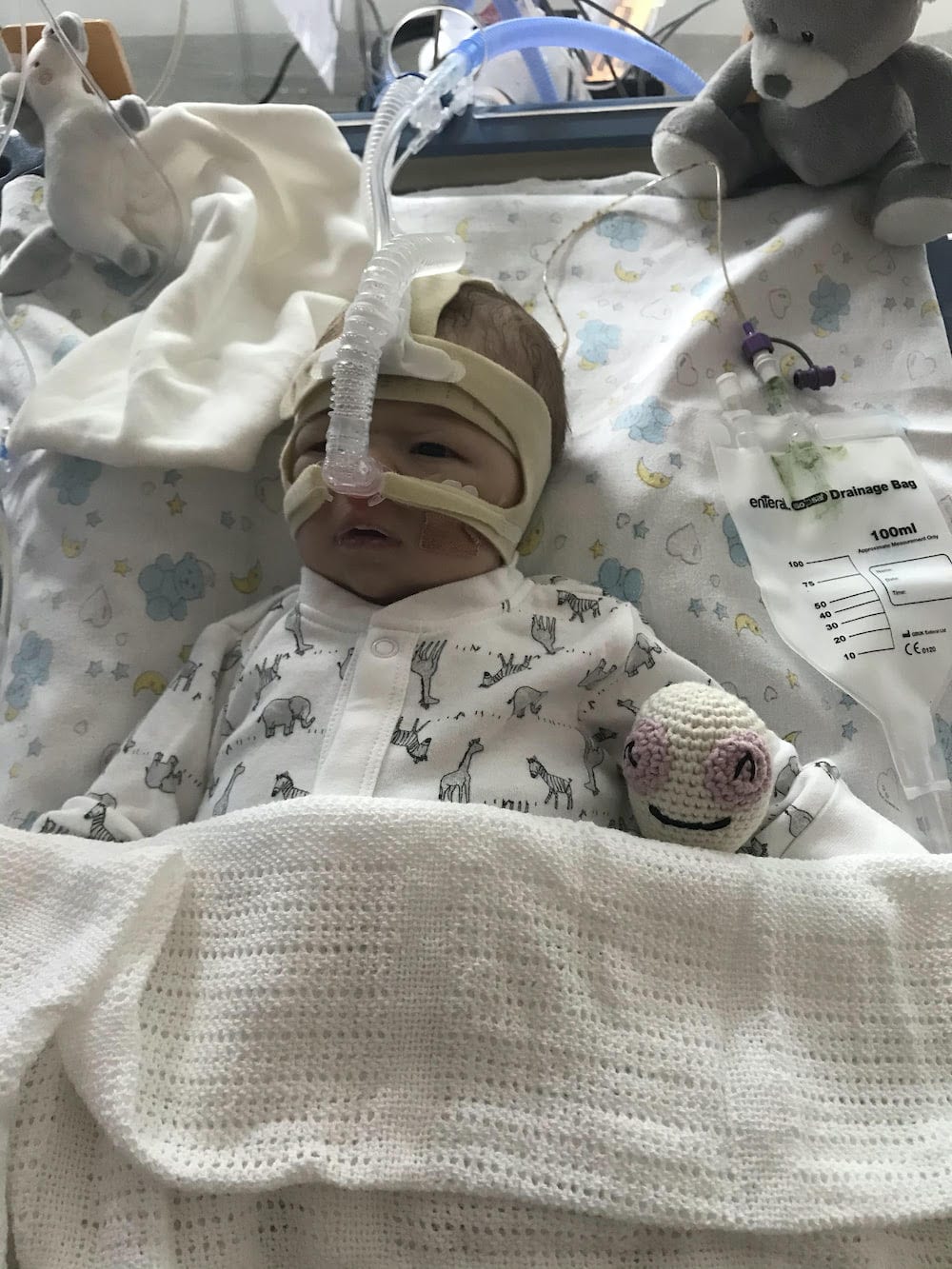 Elodie was born in October, 2019, induced after a normal and straight-forward pregnancy because she was overdue.

It was a quick delivery at Ormskirk Hospital because, it is thought, Katie has a placental abruption: “I lost a lot of blood.

“But everything seemed okay. Chris, who’d only made it into the delivery room about 30 seconds before she was born, held her and then she was put on me. About an hour later, she went quite floppy and it was clear she was very ill and I became quite worried.

“I can’t remember our feelings at the time,” adds the 33-year-old Southport teacher. “I think we were numb. It seemed like she’d come out, she looked beautiful, everything was okay… and then she was whisked away. I texted my mum to say ‘you have a granddaughter, but things don’t look great’.”

Elodie was moved to the intensive care unit at Arrowe Park. She had suffered hypoxic-ischaemic encephalopathy (HIE) because her brain had not received enough oxygen around the time of birth.

As a result, she suffered multiple organ failure and Katie and Chris were warned that, even if she survived, it was likely she’d be severely disabled. 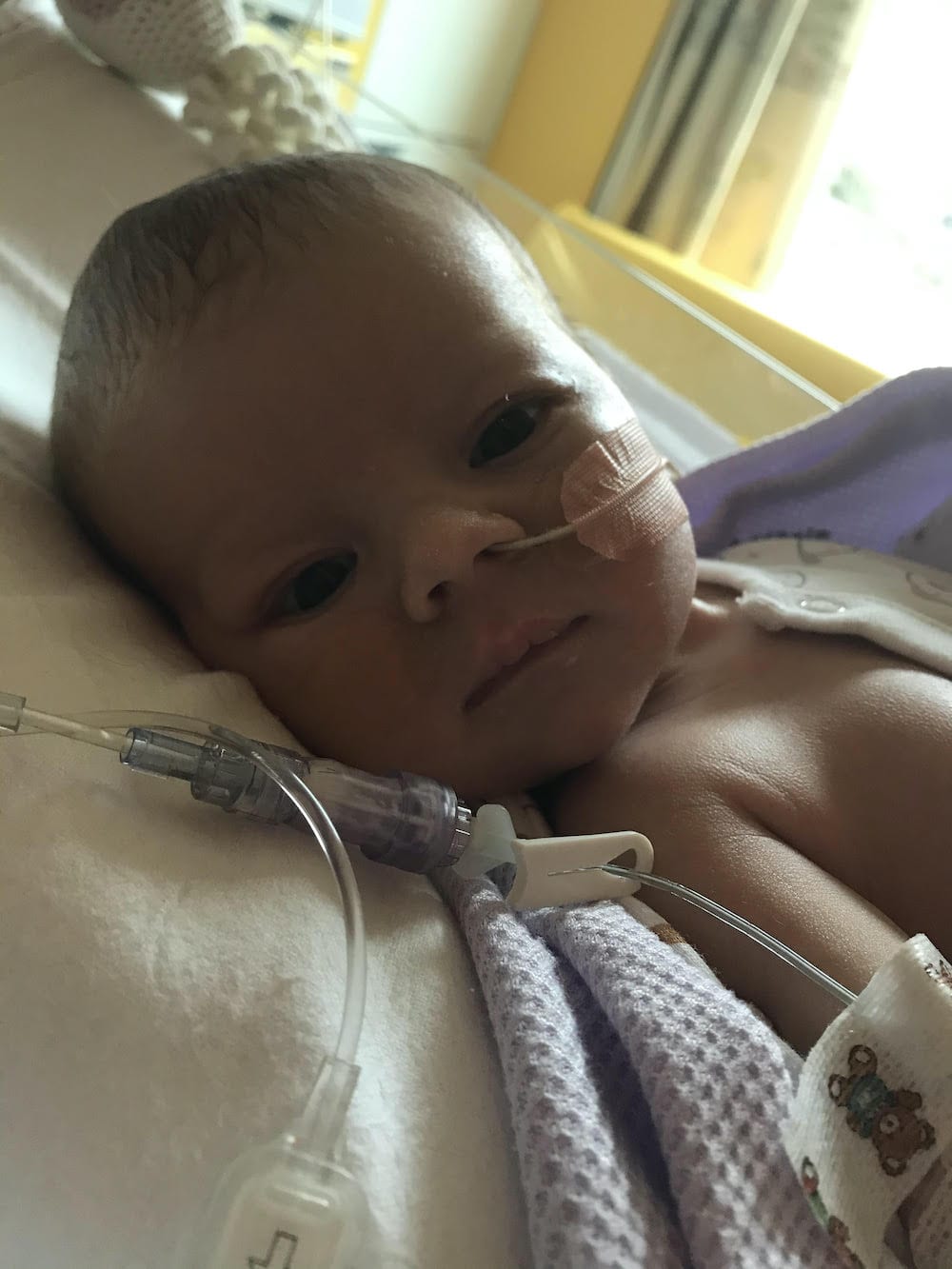 “The hospital talked about us getting Claire House involved and it became obvious she possibly was not going to make it. The speed at which the hospice nurses came on a rainy Sunday morning made us realise this was not good news, but they were lovely.

“Every time they came, nothing was too much trouble. They spoke of making memories which, at the time, we didn’t want to be a part of – it just seemed so final, we couldn’t do it. We were pretty distraught.

“But they took footprints on a canvas and on a little pot, and we have charms from them too. They would have been memories but now they are precious keepsakes of a terrible time, which make us realise just how far Elodie has come.” 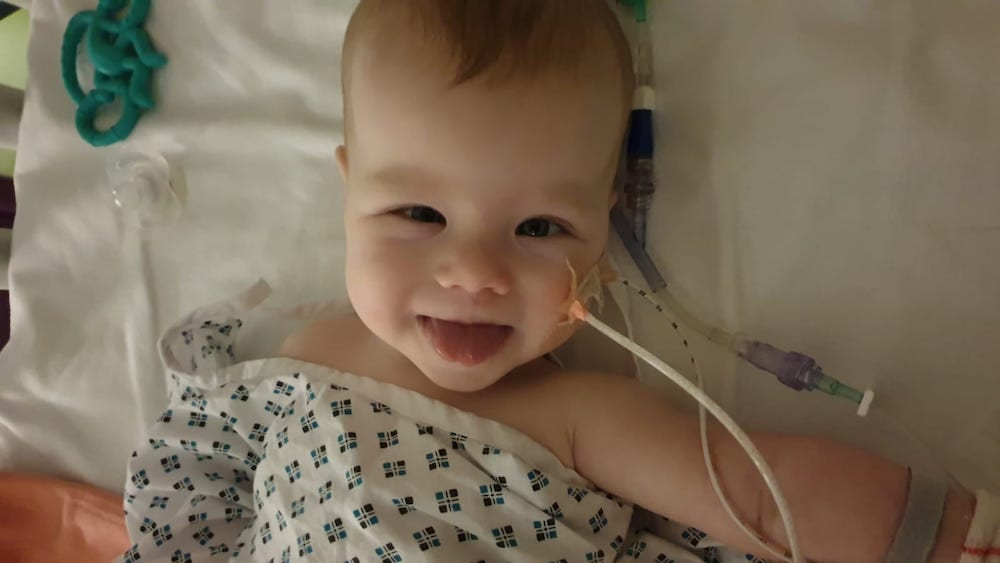 The next few weeks were up and down. Elodie, who was moved again to Alder Hey, had to have an emergency operation to have a stoma created to help her get rid of bodily fluids and waste after her bowel was perforated: “It was nearly six weeks after she was born that we were allowed to take her home and it was Christmas, but it was a very different Christmas from the one we’d imagined.

“I don’t think we even bought a tree. The uncertainty of the future meant I could have easily said ‘forget it’.”

But the future began to become more certain. Elodie’s health and strength began to get better. She had the stoma removed just before lockdown last year and, while her development is a few months behind, the brave 15-month old has gone from strength to strength. 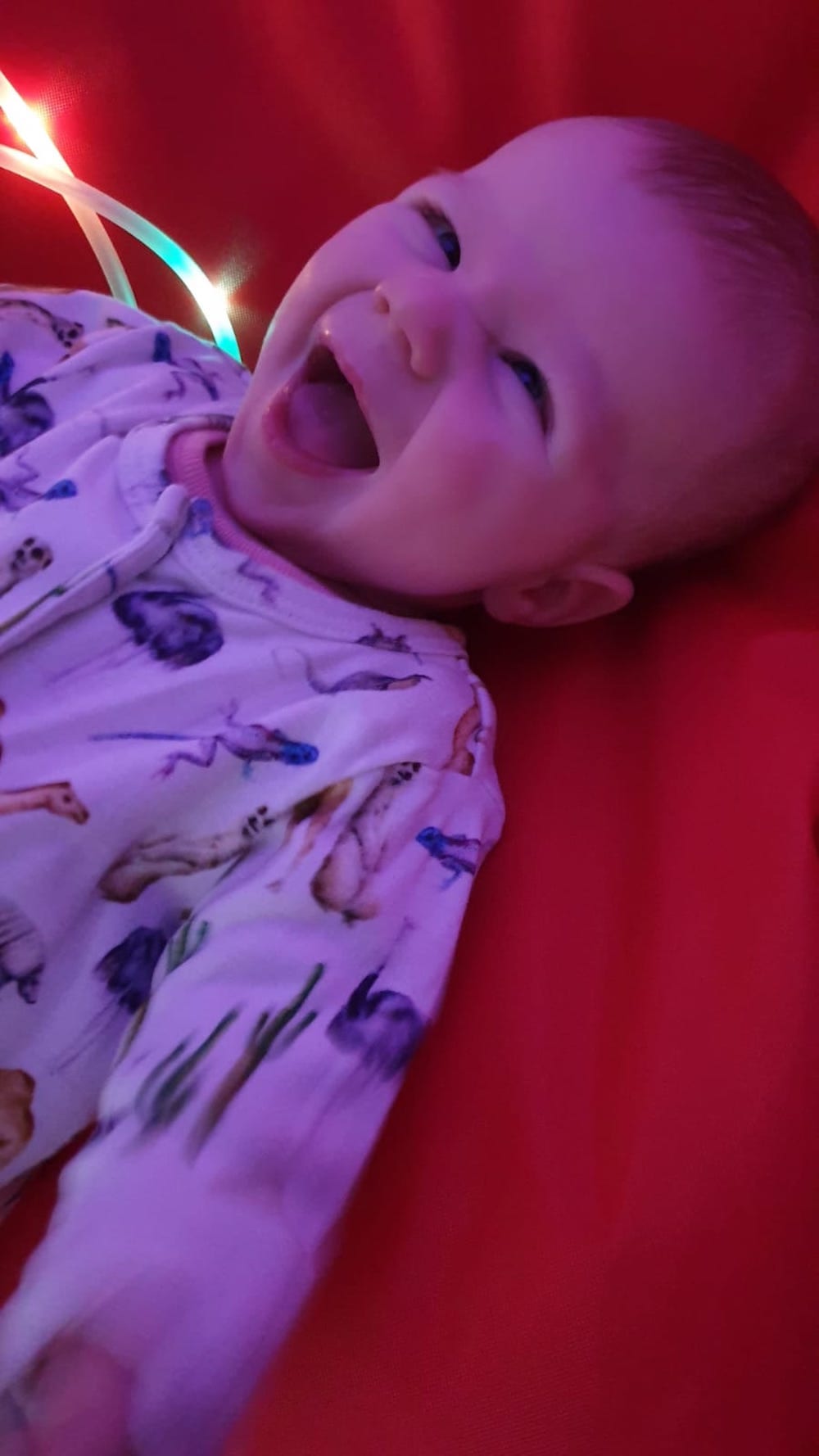 “From the days of having resuscitation plans in an intensive care unit, she is now in nursery and on no medication,” says Katie.

“This Christmas was so different. It was a small celebration of course, but Elodie had the biggest pile of presents (though like most children she was more interested in playing with the wrapping paper!). But it was a wonderful time. She ate some Christmas dinner, some parsnips and a bit of stuffing, and it was great.

“She means so much more because we could have lost her.”

Claire House keeps in constant touch with the family: “It helps to have someone who can keep you on track and remember the progress she has made, and who can give advice,” smiles Katie.

And Katie says she and Chris can’t begin to say how indebted they are to all the medical staff who have cared for their daughter, ‘especially all at Arrowe Park who were just amazing’.

“Elodie has achieved so much. She is here, and we are thankful that we can look forward to many more milestones and happy memories with our beautiful little girl.”