25 things everybody going to Glastonbury needs to know before they get there - The Guide Liverpool
Contact Us Advertise with The Guide Our Video Services Follow us:

Glastonbury is back, taking place on Worthy Farm from Wednesday 22 June to Sunday 26 June

“It’s epic, in every way.” Claire Spreadbury has been to the festival 25 times so she’s the perfect person to tell you how to make the most of the festival.

It was 1997, the year of ‘Glastonbury trench foot’. Radiohead, Smashing Pumpkins, The Prodigy, and masses of mud. Great lakes of it pooled across almost all 900-acres of Worthy Farm, the Somerset location where the festival takes place, and thousands of revellers had to survive with no wellies.

This was my first year at the best festival in the world, and I’ve been going ever since – bar the odd ticket failure and fallow year. It is my favourite place on the planet, where anything goes. Judgement is firmly left at the gates we used to be able to jump over, and the long weekend is full of the most fun any music-loving human being is able to have.

But it is an endurance test.

Follow these fail-safe tips, and you’ll have the best weekend of your life.

Glastonbury Festival is enormous in every way. The site is more than a mile and a half across, with a perimeter of about eight and a half miles, and you are likely to walk every last inch of it (last time I went, I clocked up about 60 miles across the weekend). Comfy shoes or boots are an absolute essential.

Remember where you put your keys

Once you’re inside the festival, you’re likely to forget about the outside world. So much so, that when it comes to driving home, or getting in your front door, you may have forgotten where you put your keys. Keep them safe.

Don’t arrive in the dark

You can arrive from Wednesday morning (the festival runs from June 22 – 26), but if you have to work that day and can’t wait until the Thursday, make sure you arrive while it’s still light. Pitching a tent in the dark is hopeless.

You’re finally at the front of the queue and can swap your ticket for a wristband. Before offering your naturally dominant hand, stop. Swap it for the other one – the one you don’t wipe your bum with – so any dangling ends don’t make you even more filthy than you’re about to become. 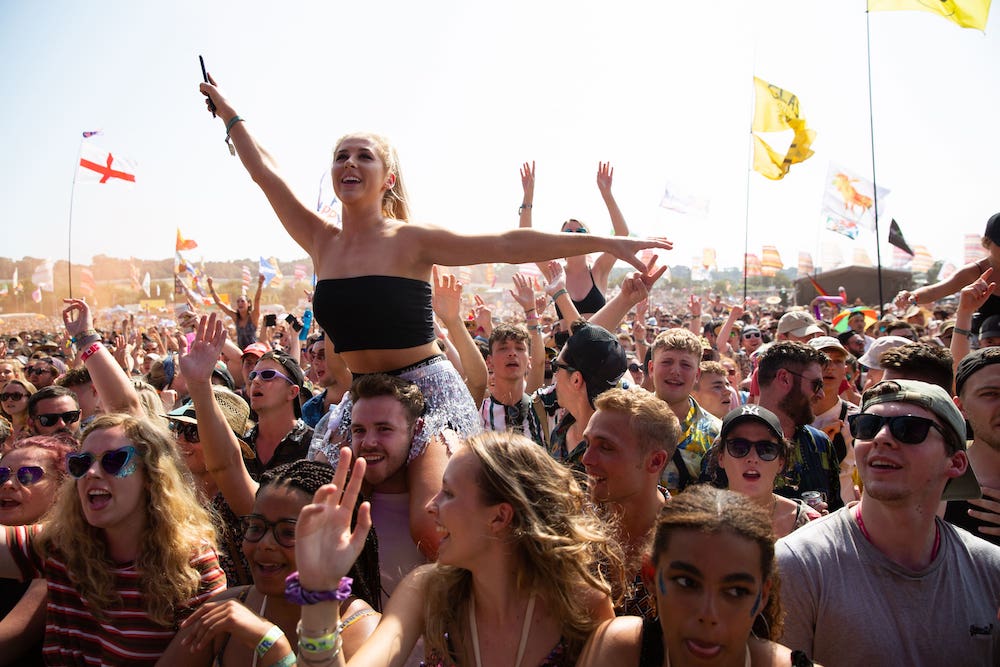 Take a photo of another number to contact in case of emergency, and set it as your mobile phone’s lock screen. That way, if you lose your phone, or anything happens to you, they can be reached.

Wild weeing is not cool at Glastonbury. Do it in the daytime and you risk being chased by the ‘wee police’ – who blow whistles telling everyone exactly what you’ve been up to – and the rules still apply at night. If you’re worried about falling over guy ropes or getting lost finding a toilet, pack a tub for a tent wee. Ice cream tubs work best for women, and fabric conditioner bottles for men!

Queueing for cubicles can be endless. Shepees are urinals for anyone without a willy. Simply use a ‘shewee’ device, which catches your pee and propels it into a stream, meaning you don’t have to sit down – total genius. Cardboard shewees are usually available on entry, but best to buy your own before the event (cardboard and plastic varieties are available).

Don’t camp near the toilets

Not only do they smell (really) bad, but the doors will open and smash shut all night long. 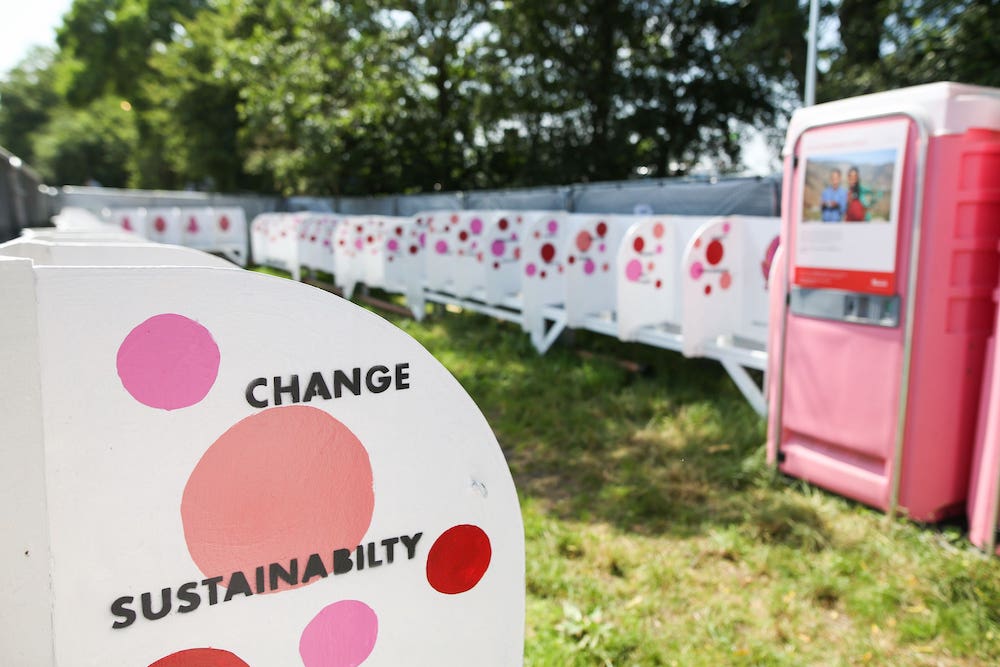 To save carrying an entire loo roll, tear off your perfect amount, fold and store in the bag you’re carrying around with you – ideally in a zipped pocket for easy access. Other essentials include hand sanitiser, blister plasters and painkillers.

It’s an institution, you’ll make friends there, and the cider is delicious – if it’s raining, try it hot.

See a sunset (or sunrise) at the Stone Circle

The Stone Circle is a magical place at any time of day, but head there for sunset or sunrise, and you’re likely to have a very special moment indeed.

The weather at Glastonbury is unpredictable. I have experienced a mega heatwave (2019), torrential downpours (1998) and both (2011) – you need to be prepared for everything. If it’s sunny, you’ll be out in it all day long, so take high-factor sun cream, and if it rains – even just a bit – it will be far too muddy for trainers.

Lock-ups are available for you to use, free of charge. Store keys in there, extra cash, or anything you’d be gutted to lose.

That agonising walk into the festival is long and hard. Don’t overpack. You’ll regret it every minute you have to carry it.

Glastonbury toilets are probably the smelliest you’ll ever encounter. Choose yours wisely, especially if you need to sit (or squat) in one for a while… There are portaloos (generally OK as you’re walking into the festival, or for the first day or two), long drops (squatting might be necessary but they have an open top, so look to the sky when you inhale) and compost toilets (if you’re happy to use one, these can be the least smelly). If you just need a wee, urinals and shepees are preferable. 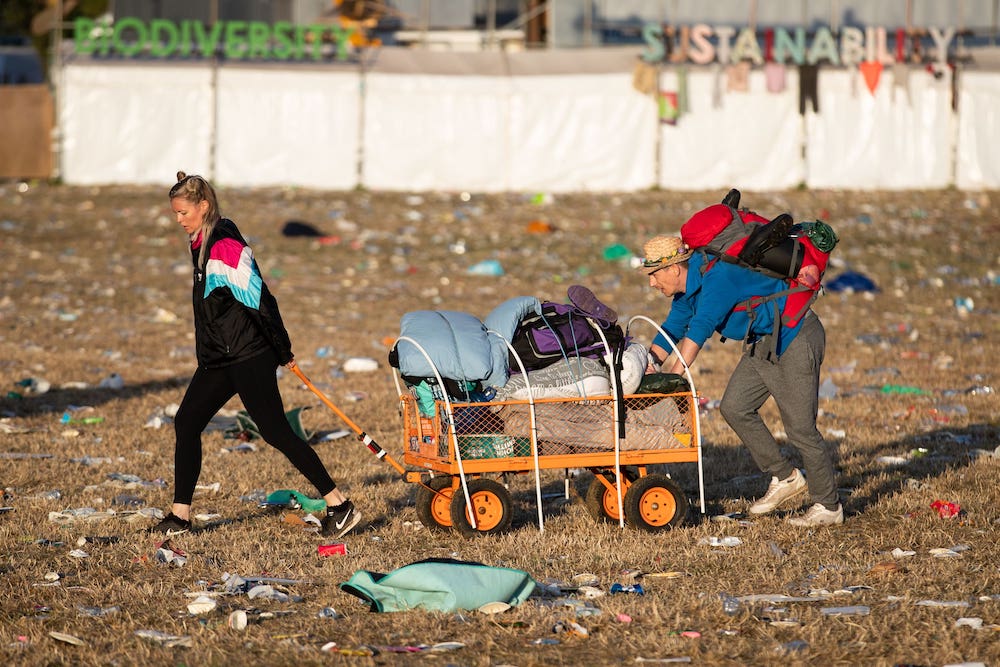 Trolleys are a godsend (PA)

It’s still hard work, but dumping all your stuff in a trolley and wheeling it to your campsite is the best way to do it. Make sure it has four very chunky wheels and is sturdy, though – lots of the cheaper ones break en route, especially if it’s muddy.

If you want to plan, use the app

If you want to make sure you don’t miss your favourite bands and are kept up to date with the latest info, the EE Glastonbury App lets you create personal and shareable line-ups, has an interactive map (so you can see if you’re going the right way) and a new ‘dark mode’ for using less battery.

Billie Eilish, Sir Paul McCartney and Kendrick Lamar might be headlining the Pyramid, but the smaller stages are always worth seeking out. You might stumble across the next big thing at the BBC Introducing stage, see a secret gig at the Park, or find a hilarious stand-up gig at a tiny area you don’t even know the name of.

Radiohead at The Park, The Killers at the John Peel Stage – every year there are phenomenal performances that aren’t officially announced anywhere. Efestivals.co.uk is great for rumours.

Your stamina will take a beating. You’ll be using a lot of energy all day long, and the only way to get up the following morning and do it again is by getting some sleep. Take ear plugs and an eye mask – they really help.

Store booze in the shade

Taking your own booze into Glastonbury is essential if you’re planning to drink and don’t have pots of money. Remember not to bother with any glass bottles (they’ll be taken off you) and store cans underneath your tent to keep them cool. 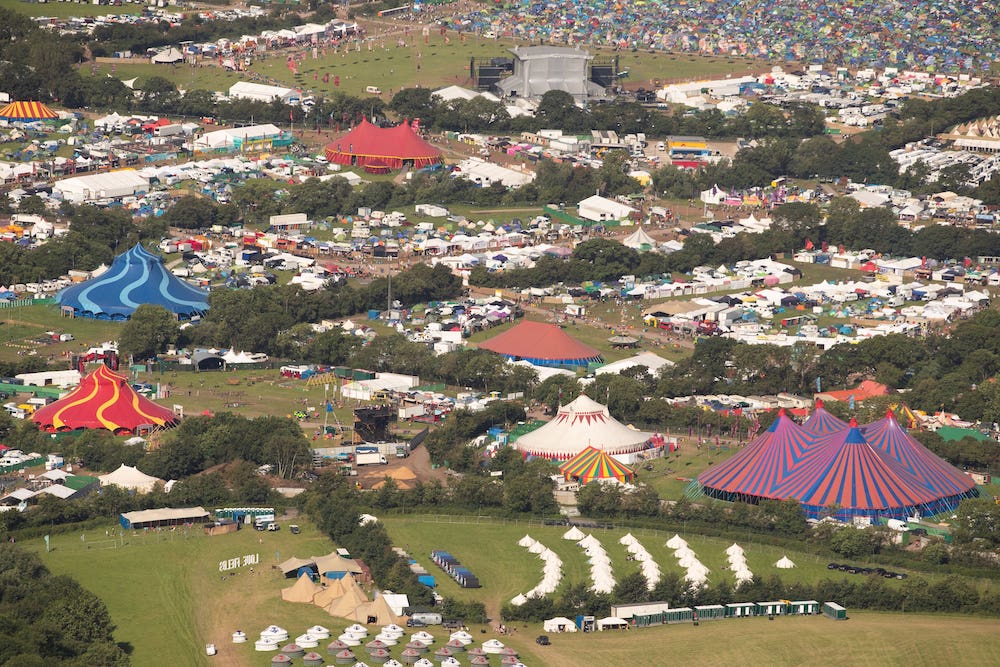 Even if the weather forecast says it’ll be hotter than Ibiza, you need a waterproof at Glastonbury – it has its own weather system.

Pack a bag for the day

If you’re camped far out (which is generally a good idea, as it’s quieter, flatter and has better toilets) make sure you pack a bag with everything you’ll need for the whole day and night – including warmer clothes for later.

They’re a godsend when your phone battery is running low. Turning your phone off at night and using low power mode when you’re not using it is a good idea, too.

Do something different – you’re at Glastonbury, after all

Learn the didgeridoo. Weave a basket. Speak to strangers. Dance like a wild thing. The possibilities are endless, and you will love your experience all the more for it.

Are you off to Glastonbury? Let us know on Twitter and tag us in your pics across the weekend.