£5.3 million funding boost for Liverpool to explore treatments for some of the region’s most common diseases

People living in Cheshire and Merseyside are set to benefit after researchers in Liverpool have been awarded £5.3m to investigate new treatments for some of the most common diseases and health problems affecting people in the region.

The funding award recognises the significant impact the Liverpool CRF at LUHFT has had over the last five years. This success will allow the CRF to expand across sites, working in collaboration with colleagues at The Clatterbridge Cancer Centre (CCC) NHS Foundation Trust and Liverpool Heart and Chest Hospital NHS Foundation Trust to seriously address the needs of the local population, which has some of the highest rates of cancer and heart disease in the country.

The funding will also support the Liverpool CRF at LUHFT’s research into neurology and neurodegenerative conditions, such as Alzheimer’s, dementia, Parkinson’s and Huntington’s disease, and inflammatory conditions including asthma, arthritis, eczema and psoriasis. Other areas of work include the treatment of infectious diseases, including HIV and TB, as well as the development of new vaccines.

The Liverpool CRF at LUHFT has been established since 2009 and most recently has been instrumental in responding to the COVID-19 pandemic, working in partnership with colleagues at the University of Liverpool and Liverpool School of Tropical Medicine to test and develop vaccines and medicines to combat the virus.

Dr Richard Fitzgerald, Consultant in Clinical Pharmacology and Therapeutics and Director of the CRF at Liverpool University Hospitals NHS Foundation Trust, said: “This funding is fantastic news for patients in the region, who will get early access to new medicines and therapies for some of the most common diseases affecting our local population. It also demonstrates the NIHR’s confidence in Liverpool’s ability to deliver world-class research and development. Throughout the pandemic we have shown how Liverpool’s clinical and academic partners can work together for the common good and this approach will continue with the work we are now able to do as a result of this funding.”

The Liverpool CRF at LUHFT provides the hub for adult experimental medicines in Liverpool City Region and Cheshire and Merseyside more widely. It is part of the newly-formed North West CRF Alliance, working with NIHR CRFs at Alder Hey Children’s Hospital and in Manchester and Lancashire to share best practice and training opportunities across the region. 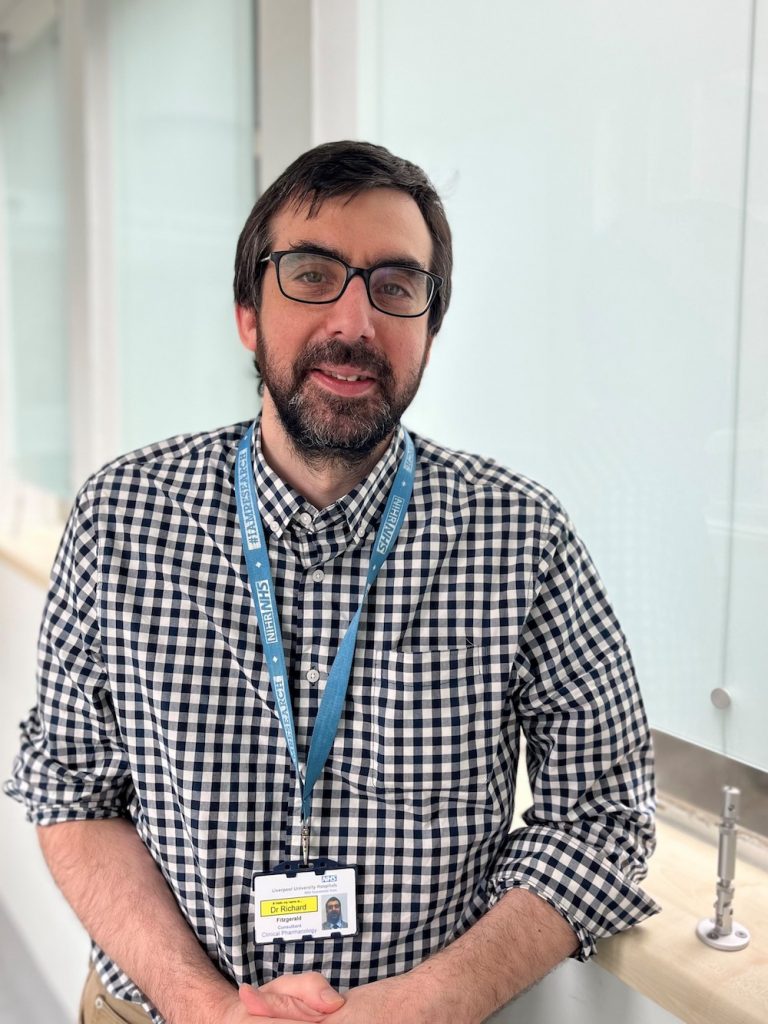 Sir David Dalton, Interim Chief Executive at Liverpool University Hospitals NHS Foundation Trust, said: “I am delighted that our teams have been awarded this funding, which will make a tremendous difference in developing ground-breaking treatments for our patients and population. Collaborative working has been key to our national successes with COVID-19 research, which have put Liverpool on the map when it comes to research and innovation, and I am pleased that our effective working with partners will continue with this new funding, both in Liverpool but more widely across the North West as well.”

Dr Liz Bishop, Chief Executive of The Clatterbridge Cancer Centre NHS Foundation Trust, said: “We are absolutely delighted to receive this funding award as part of the NIHR Liverpool CRF bid. We now look forward to offering increased opportunities for our patients to take part in early phase clinical trial research to improve cancer outcomes across our region.

“The opening of our flagship cancer hospital in the heart of the Knowledge Quarter in Liverpool has helped to improve collaboration between our health partners and the CRF will heighten this.”

Professor Jay Wright, Director of Research and Consultant Cardiologist and at Liverpool Heart and Chest Hospital, said: “We are delighted to be part of such a collaborative approach and welcome this core funding. This will provide an opportunity for our patients to receive the very latest medical therapies in a safe and controlled environment.”

CRFs support the delivery of early translational and experimental medicine research, from studies testing new treatments in patients for the very first time (first-in-human trials) through to early safety and efficacy trials (Phase IIa trials). The CRF at LUHFT is one of only three that are accredited to run first-in-human trials, out of 28 CRFs across England.

They provide dedicated purpose-built facilities and expertise for the delivery of high-intensity studies funded by the NIHR, the life sciences industry and other organisations.

Professor Lucy Chappell, Chief Executive of the NIHR and Chief Scientific Adviser to the Department of Health and Social Care, said: “NIHR’s CRFs scheme has been a key force in translational research across England, helping to position the nation as internationally competitive in early stage clinical research. This new funding will allow the CRFs to continue to drive forward innovation in experimental medicine and support translation of exciting discoveries into new treatments for patients.”