5 reasons why we can't wait for Hamleys to open in Liverpool ONE - The Guide Liverpool
Contact Us Advertise with The Guide Our Video Services Follow us:

It’s the best news for toy fans since Woody and Buzz made a comeback … Liverpool is getting a Hamleys toy shop!

Liverpool ONE has announced that ‘the finest toy shop in the world’ will be opening on Paradise Street this month, bringing with it all the magic that has made it loved by generations of children.

Hamleys now has 12 stores around the country, although it’s obviously best known for its flagship one on Regent Street which is an absolute wonderland.

Liverpool’s might not be quite that size – the London store has an exhausting seven floors packed with toys – but it still promises to be somewhere very special.

It’ll be open in plenty of time for Christmas shopping trips, so whether you’re already a fan of brand and its signature bear, or wondering what all the fuss is about, here are 5 reasons to get excited about Hamleys coming to Liverpool …

Like it says, it’s the finest in the world 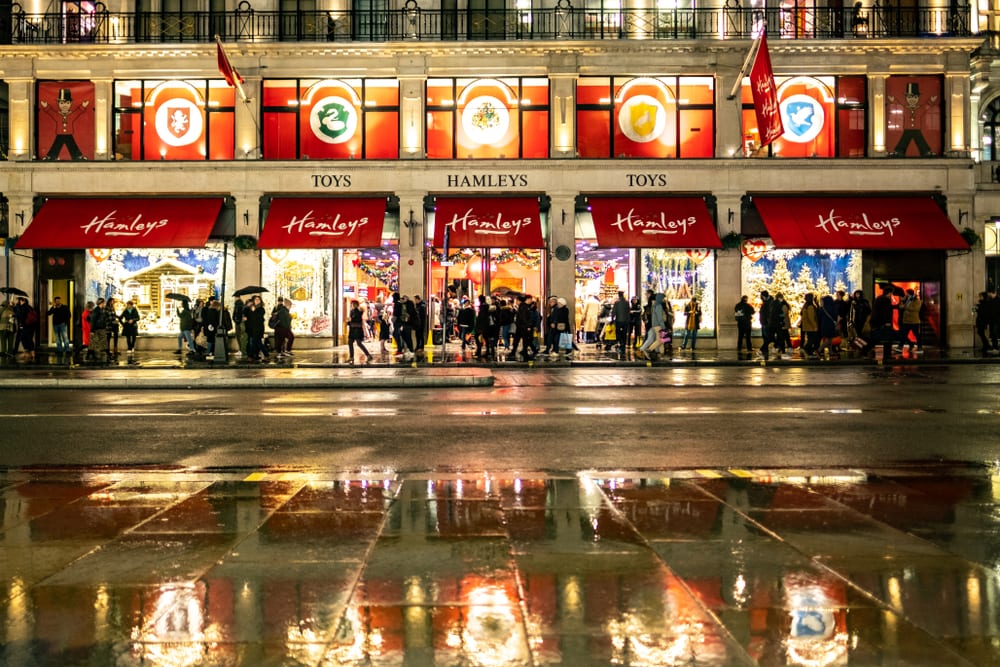 If you want an experience, not just functional trip to the shops, then Hamleys is just that – remember the toy shop in the film Big, where Tom Hanks dances on the giant piano? Well that’s what Hamleys is like. Even the shops outside Regent Street have a traditional toy emporium feel that makes you want to stay all day and just play. So much so that one of the most-asked questions on Trip Advisor about Hamleys is ‘should I bring a snack?’ !! 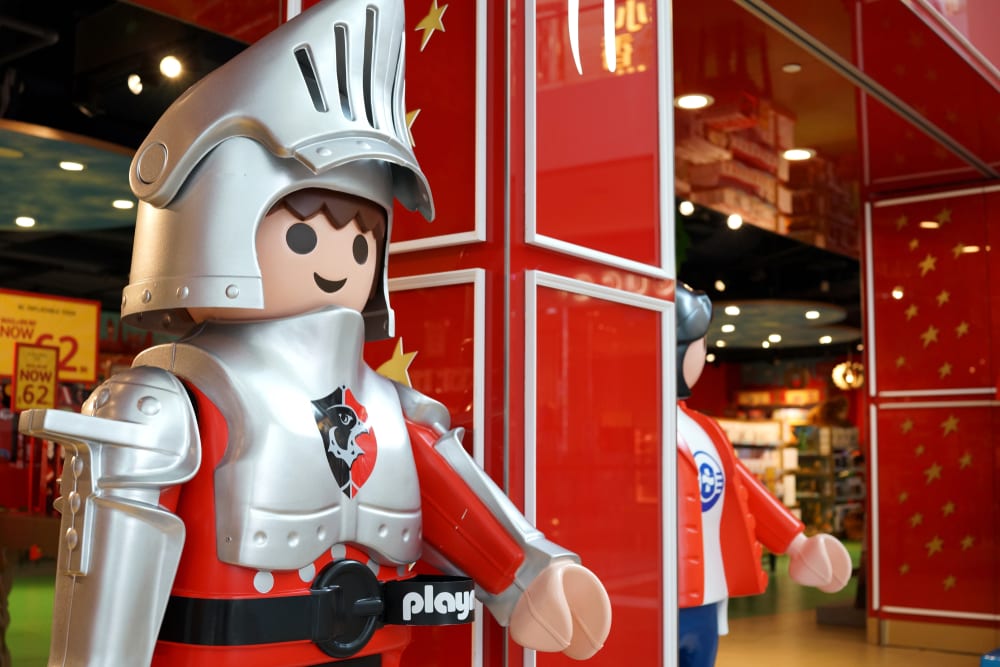 Hamleys dates back to 1760 when it started life as ‘Noah’s Ark’, opened in London by William Hamley whose dream it was to create the best toy shop in the world. He crammed it with every toy children could imagine – back then it was rag dolls, miniature trains and tin soldiers – and families had never seen anything like it. The shop became so successful that it moved to its famous Regent Street base in London’s West End in 1881 and added an extra five floors of toys. In the ’20 and ‘30s Hamleys had a tough time like lots of businesses, but it survived to be awarded a Royal seal of approval in 1938 and even five bombings during WWII couldn’t put an end to the magic of Hamleys – staff just wore tin hats and brought toys out to the door for customers instead. 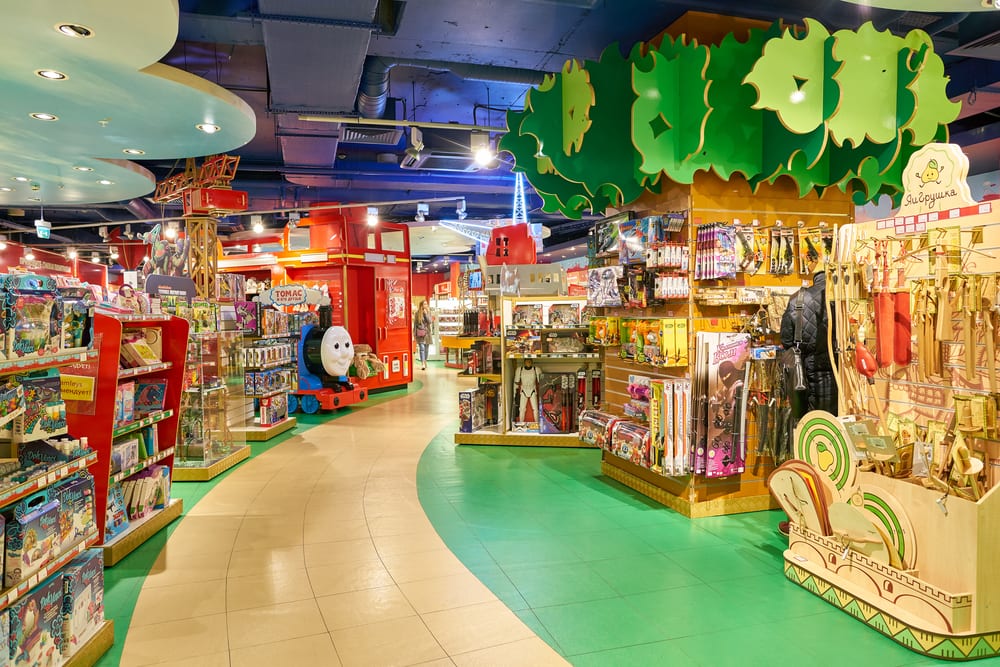 More than five million visitors go through the doors of Hamleys in Regent Street every year and that’s because it has an unbelievable selection of toys. Expect a similar mind-boggling choice in Liverpool – everything from the traditional construction toys like Meccano and Lego, to board games, remote control, a science section, and soft toys ranging from pocket-sized to life-sized. All the big franchises are in there too, so lovers of Harry Potter, Frozen, Star Wars, Barbie, Pokémon, Paddington and lots more can go crazy with the latest releases, and prices range from pocket money to thousands.

It’s not just about shopping, it’s about having fun 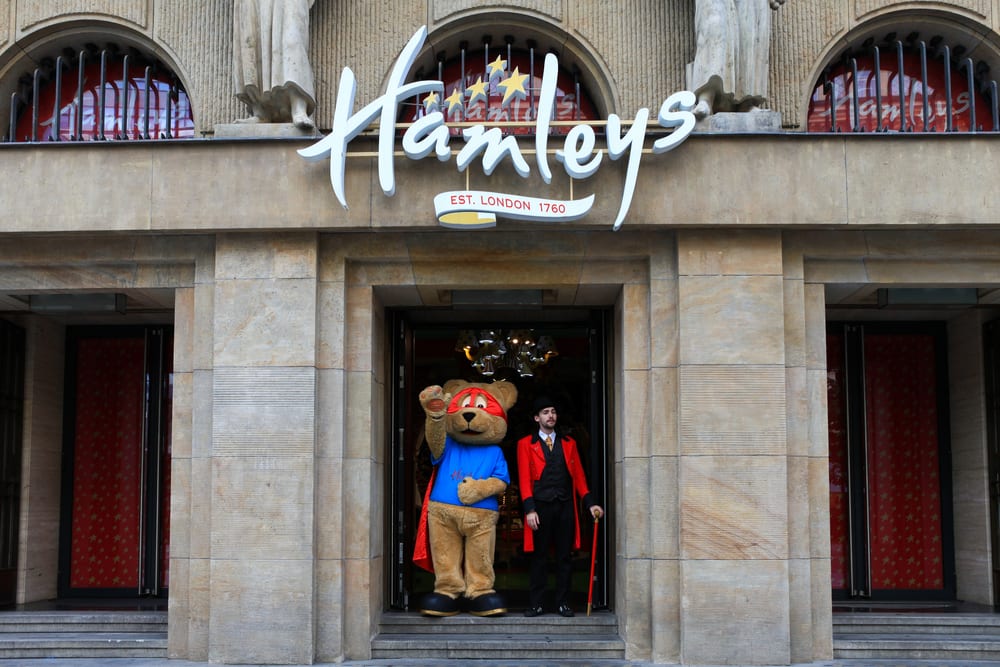 Hamleys doesn’t just sell toys, its shops are somewhere kids (and adults) love to be because they’re such a fun place. A big part of that is the extra activities that go on there most days – don’t just expect to find aisle after aisle of toys and nobody to help you track down what you want. Hamleys has regular story time sessions and puppet shows for little ones, parades of characters, plus there’s often a chance to meet the famous Hamley Bear and have photos taken with him. There are regular one-off events too, so look out for Harry Potter wizarding get-togethers or Elsa sing-a-longs.

Demos, it’s all about demos 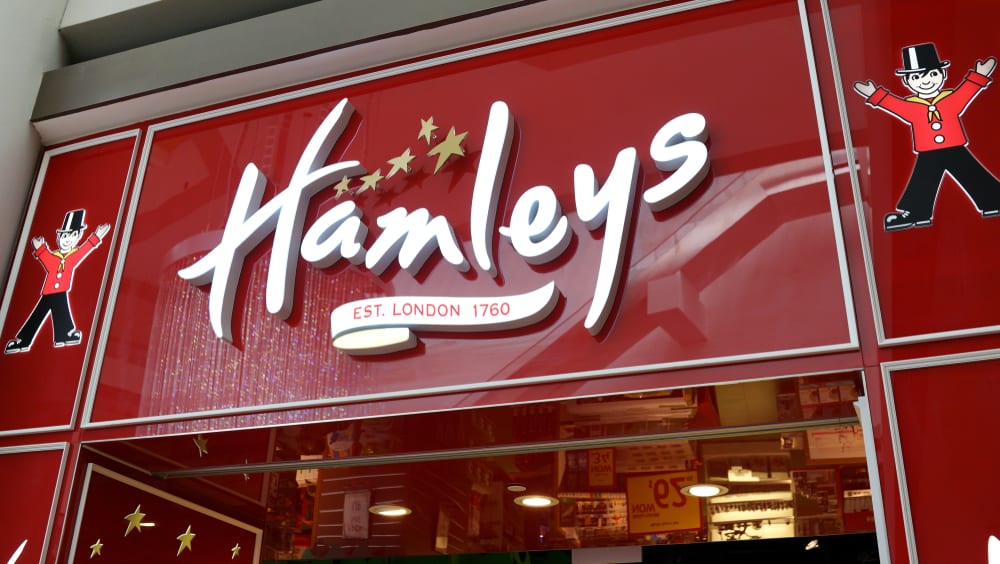 Anyone who’s ever been to a Hamleys shop, especially the Regent Street one, will know that sometimes you have to get ready to duck as a remote-controlled plane whizzes over your head, or stand for ages trying to work out how a trick was done, because Hamleys loves a live demonstration. Yes, you might never be able to do it quite as well as the demo person in the shop, and you might crash your helicopter into a tree on the first outing, but who cares? Hamleys is all about letting your imagination run wild so while you’re in the shop at least, you can believe you’re the best at everything!

MORE - Liverpool Cathedral is on TripAdvisors top 10% of attractions worldwide