50 Homotopia events for the 50th anniversary of decriminalisation - The Guide Liverpool
Contact Us Advertise with The Guide Our Video Services Follow us:

50 Homotopia events for the 50th anniversary of decriminalisation 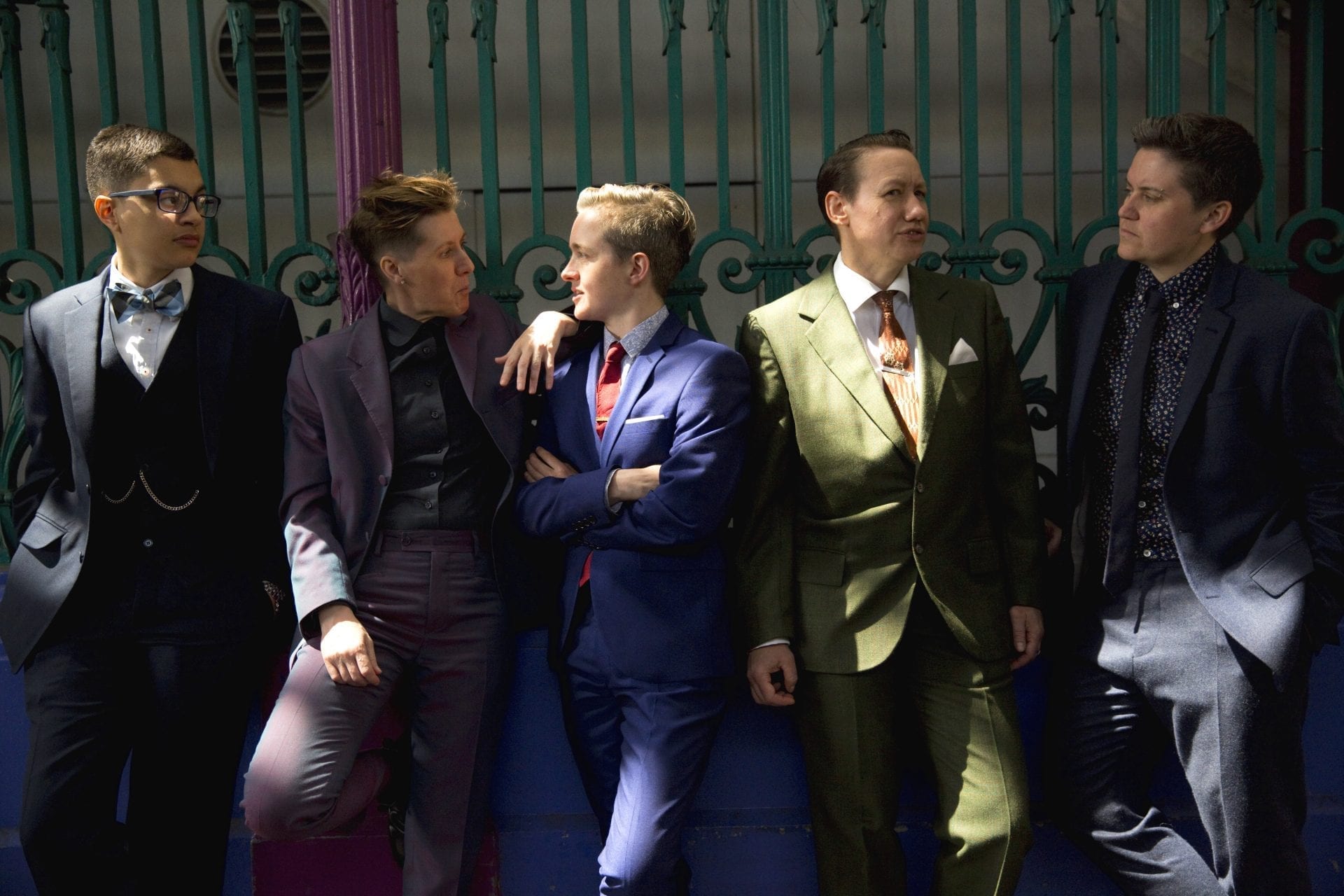 Home › Culture › 50 Homotopia events for the 50th anniversary of decriminalisation

In its 14th year, Homotopia, the UK’s leading LGBT+ arts and culture festival, is back this autumn, reflecting on 50 years since the Sexual Offences Act.

Through visual art, performance, film, theatre, talks, readings, cabaret, dance and debate, Homotopia’s theme is #Liberation50, how the past half century has shaped and affected LGBTQI art and culture.

As the 50th anniversary of 1967 comes to an end, Homotopia provides a month long platform for stories, some forgotten, some celebrated and championed. With over 50 events, the festival examines what the anniversary means for LGBTQI artists, and what the last 50 years has meant, from performing a role expected by wider society, to non-conformity and cultural identity. 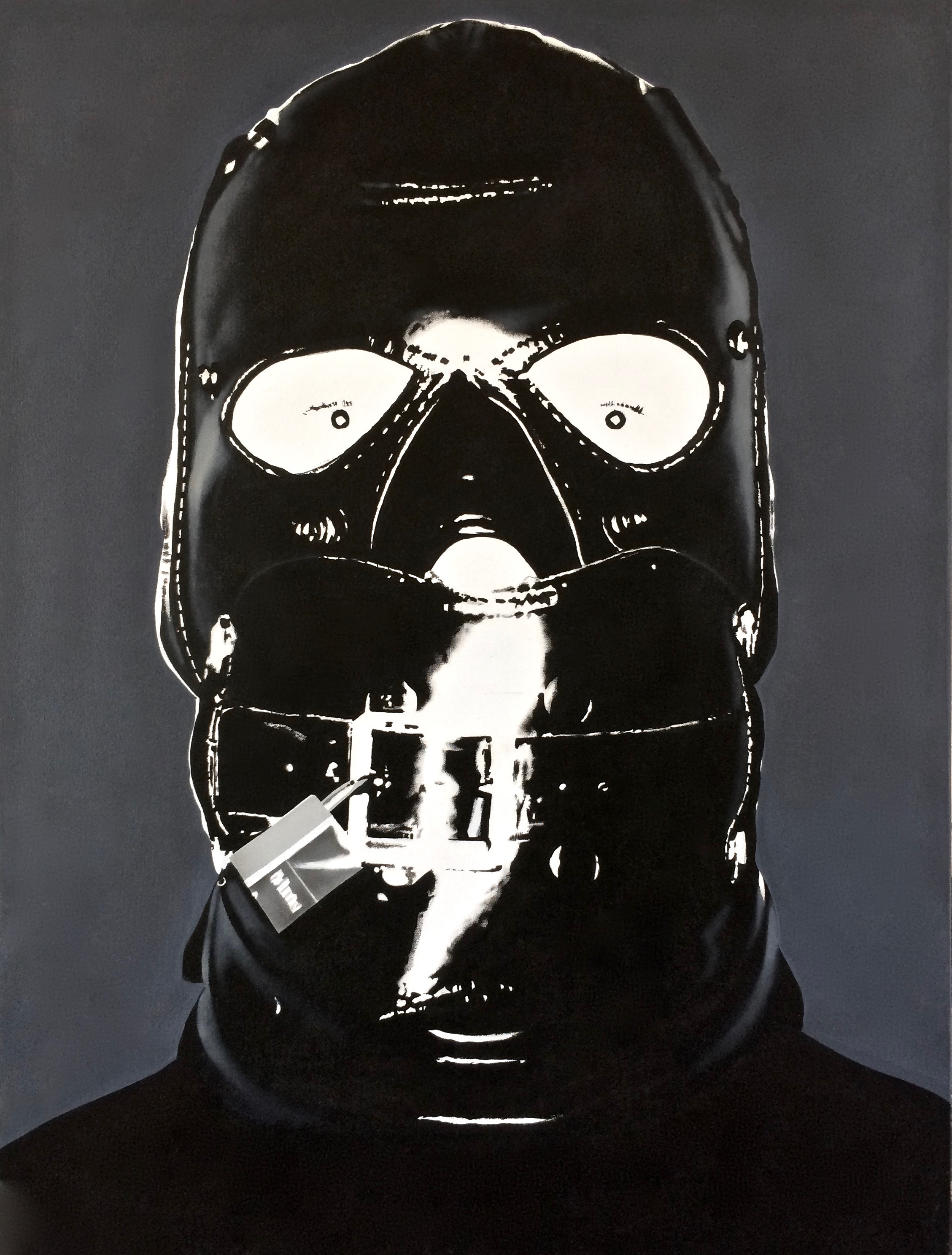 The forthcoming festival is themed ‘Liberation 50’ and has been expanded to celebrate, explore and reclaim our shared histories past, present and in the future. Homotopia ‘Liberation 50’ shines a light on creative resistance & rebellion and the power of art in creating social change.

It is a great privilege to be producing the festival in Liverpool as part of the anniversary celebrations giving audiences and artists alike an opportunity to explore, reclaim and present our shared histories. This year’s programme will further unlock creative energy, empowerment, and connectivity throughout Liverpool bringing together audiences black, white, straight or gay (LGBTQI) through a joyous and life affirming programme of events uniting all”. 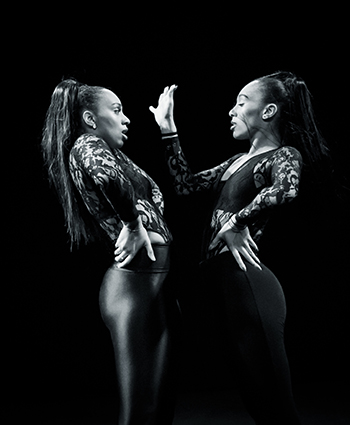 Running from 30 October – 1 December, Liberation 50 will include the memoirs of scream queen Fenella Fielding, to a discussion of Liverpool’s electric-eclectic queer underground of the 1980s. It welcomes artists and performers including David Hoyle, Le Gateau Chocolat, Natasha Sachet and The CryBaby. Exhibitions like Dear David at The Gallery Liverpool (in collaboration with DuoVision), Notes on Queerness at the Royal Standard and Tales from the City (in partnership with Museum of Liverpool) explore the often forgotten or ignored stories of LGBTQI artists from the last 50 years and in the contemporary art world.

Highlights from the festival include;

Diamond, performed by David Hoyle and directed by Mark Whitelaw, is an unforgiving queer performance of sexuality and British culture exploring LGBT history from 1957 to 2017 through the personal biography of avant garde performer David Hoyle. Weaving together intimate personal accounts and landmark events, Diamond charts David’s rise from a gay adolescent in Blackpool, through famous Channel 4 anti-drag queen cult phenomena Divine David, to the performer he is today.

In collaboration with Homotopia, David Hoyle also appears at Homotopia’s Tate Exchange at Tate Liverpool in ‘Dear Edna’. The alter ego of Leicester born playwright, whose life and work helped defined 1960s British culture,  Edna Welthorpe –  in the guide of Mary Whitehouse – was a guardian of public morals and inveterate letter writers.

Dear David at The Gallery, Stanhope Street, in association with DuoVision, is documentary exhibition about the young life of photographer David Gwinutt as he journeyed through the gay art and literary community of the 1980s.

Tales from the City, in partnership with Museum of Liverpool, exploring Liverpool lesbian gay, bisexual, and trans (LGBT+) stories from 1967-2017 marking the 50th anniversary of the Sexual Offences Act. Opens 13 October until January 2019. 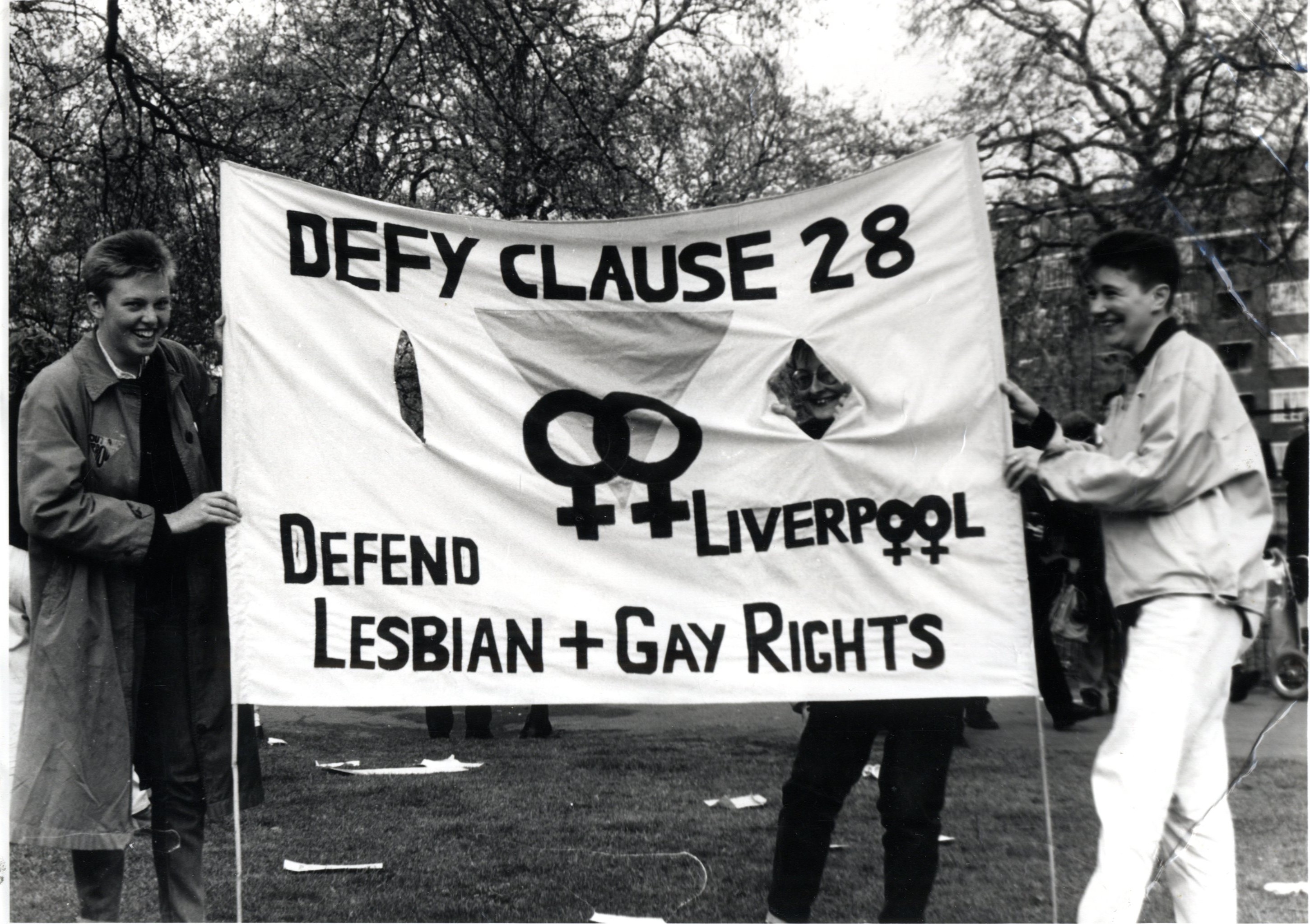 At The Royal Standard, Notes on Queerness opens on 26 Oct with an exhibition denoting aspects of what it means to be queer, allowing artists including Travis Alabanza, Emily Pope, Alexander Glass and Jake Moore to express their own experiences. The public will be invited to interact.

“Do you mind if I smoke….?” is a live reading of the memoirs of Fenella Fielding.          Best known for her 1960s film appearances in classic comedies including ‘Carry On Screaming’, ‘Doctor in Clover’ and ‘Carry On Regardless’, she was the voice of the Blue Queen in ‘Dougal and the Blue Cat’ and the telephone operator and loudspeaker voice in ‘The Prisoner’.  Her illustrious career in theatre includes the title roles in ‘Hedda Gabler’ and ‘Colette’.  She’s fondly remembered for a number of appearances on the ‘Morecambe & Wise Show’ as well as playing The Vixen in ‘Uncle Jack’. Her most recent TV appearance was ‘Skins’ in 2012.

Commissioned by Homotopia, Rent Party is a brand new musical about being black, gay and poor. The musical will open at Sheffield Crucible, returning to Homotopia 2018 for the festival’s 15th anniversary. 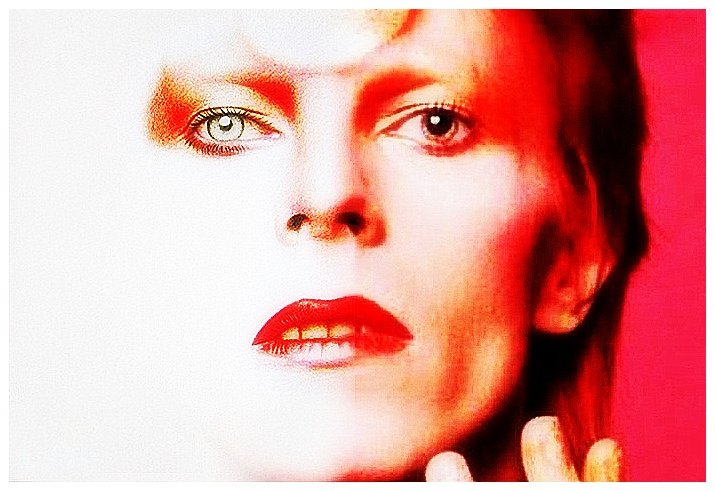 OUT, by Rachael Young and created with Dwayne Antony, is about shape shifting in a bid to fit in; to be black enough, straight enough, Jamaican enough. Challenging homophobia and transphobia within Caribbean communities, OUT is a conversation between two bodies, reclaiming Dancehall and celebrating queerness amongst the bittersweet scent of oranges. Embracing personal, political and cultural dissonance, this defiant act of self expression smashes through the silence, summoning voices and re-enacting movements in a chaotic mash-up of remembrance and reinvention. 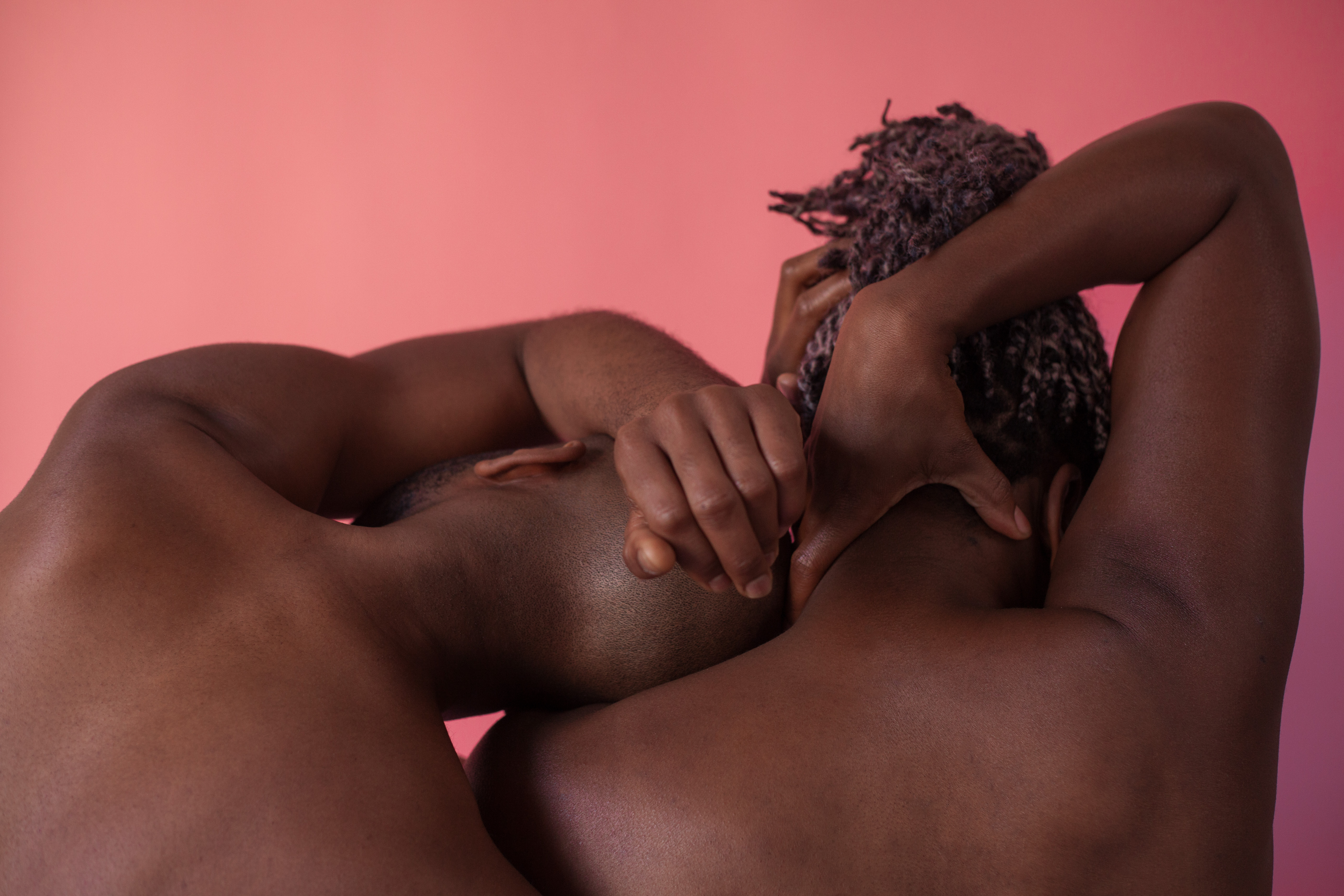 Medea, written in rage is by Jean Rene Lemoine and directed and translated by Neil Bartlett. Reimagining and positioning of the story of Medea, the Greek legend goddess who murdered her children, the ultimate outsider is telling her side of the story.   The performer, dancer, and vocalist, François Testory fuses his extraordinary physicality, and androgynous and unique stage presence with a seven-octave vocal range to bring to life the murderous Medea in this evocative lament, featuring live music by acclaimed composer and music producer, Phil Von François has performed with some of Europe’s most innovative companies, including Lindsay Kemp, DV8, Rambert Dance Company, Punch Drunk, and Gecko. 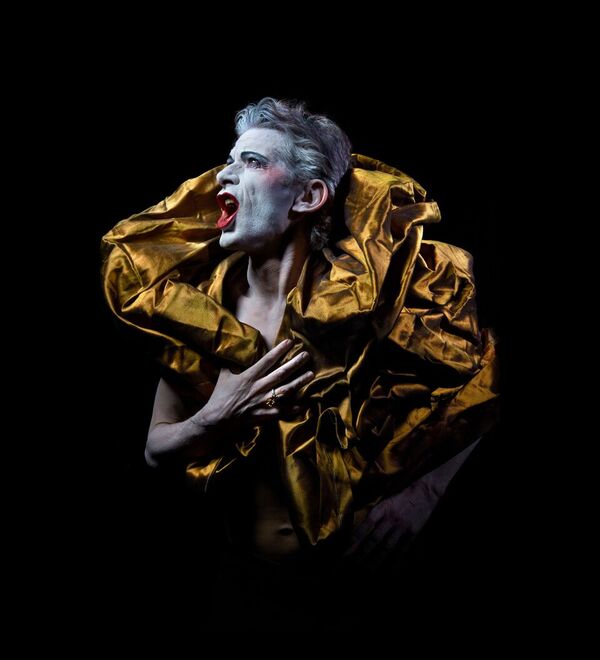 The festival takes place between 30th October and 1st December.

Homotopia is an arts and social justice organisation that draws on the LGBT experience to unite and regenerate communities through the production, promotion and commissioning of great art, heritage and culture for everyone. Homotopia is funded by Arts Council England as a National Portfolio Organisation and Liverpool City Council. www.homotopia.net