6 Elf on the Shelf memes we can't stop laughing at despite it being SEPTEMBER! - The Guide Liverpool
Contact Us Advertise with The Guide Our Video Services Follow us:

6 Elf on the Shelf memes we can’t stop laughing at despite it being SEPTEMBER! 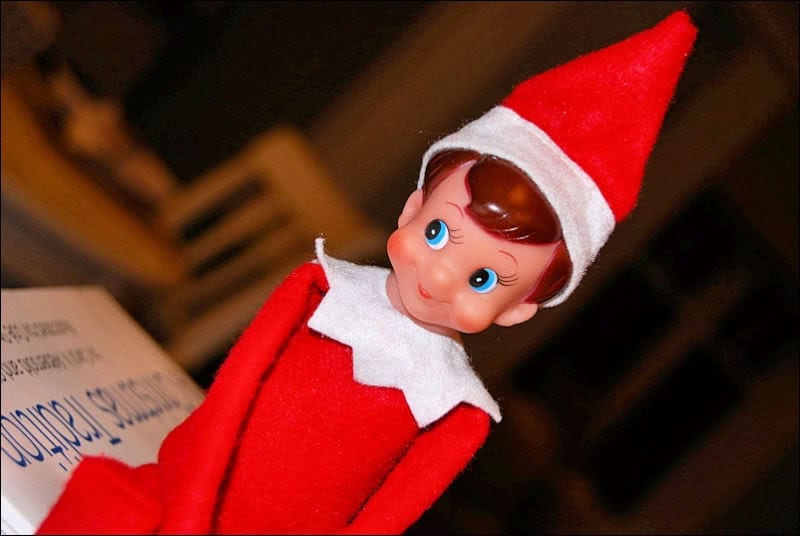 Home › Events › Christmas › 6 Elf on the Shelf memes we can’t stop laughing at despite it being SEPTEMBER!

It’s not even remotely close to Christmas yet but we’re guilty of belly laughing with the rest of the internet at these hilarious memes.

Elf on the Shelf has become a firm family tradition now in the UK as kids of all ages get excited to welcome the naughty, stripy-legged little mite into their homes on the run up to Christmas. Adapted from a 2005 children’s book, the advent calendar choccie fun has almost been eclipsed by this miniature mischief maker as parents and carers, country-wide go all out to pull off bigger and better stunts to wow the kids (and brag on Facebook). 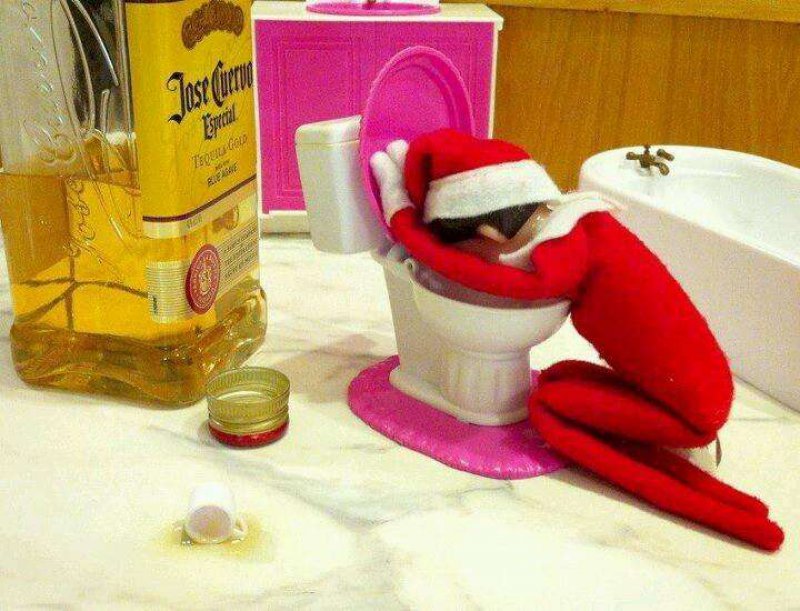 The best thing to come out of this is the hilarious memes that have started doing the rounds in the last week. Playing on the rhyming element, Elf on the Shelf, you quick-witted legends have come up with some absolute belters, and because we’re desperately trying to not moan about Christmas in September, we’ve rounded up our faves to share.

Here’s 6 Elf on the Shelf Instagram memes that everyone will get……. 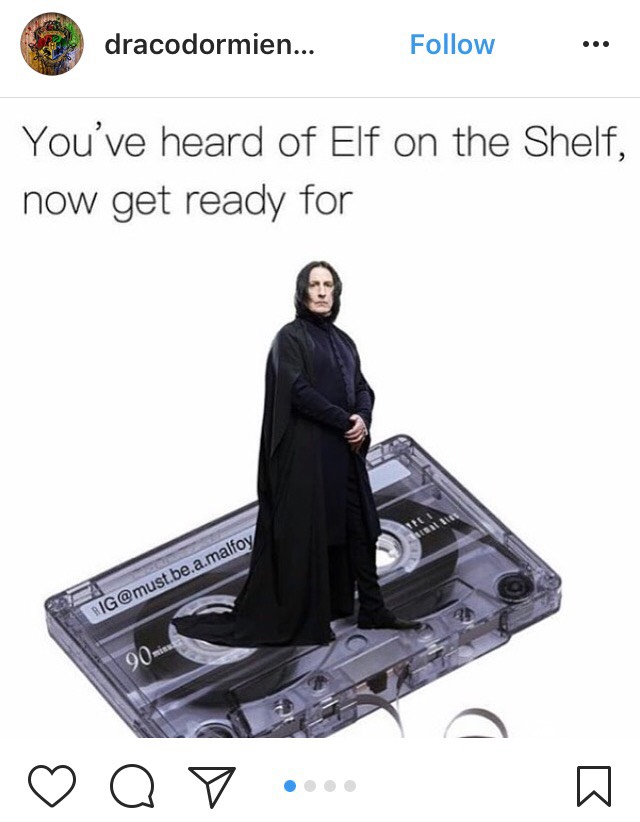 Only Prof Snape could look this annoyed at being in a Christmas meme. Kudos @dracodormien this Harry Potter effort made us chuckle. 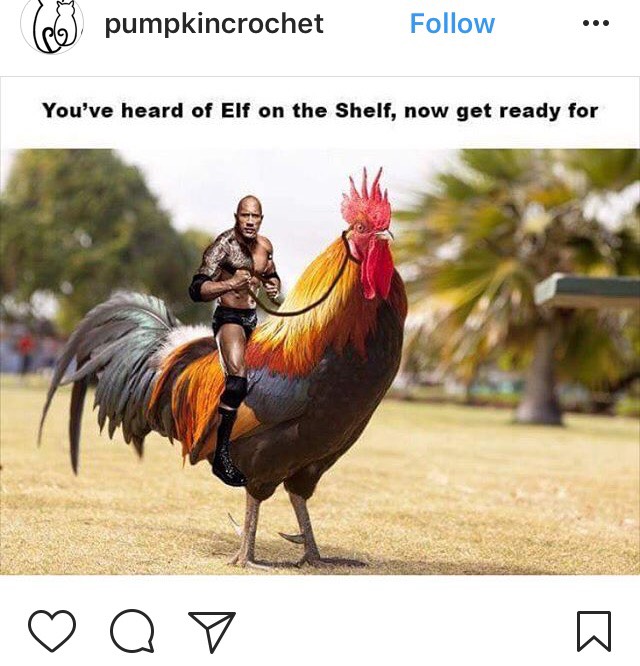 We’re never not going to love a pic of Dwayne ‘The Rock’ Johnson, semi-naked….riding a cockerel. Enough said.

3 – Who said livestock cant get bladed? 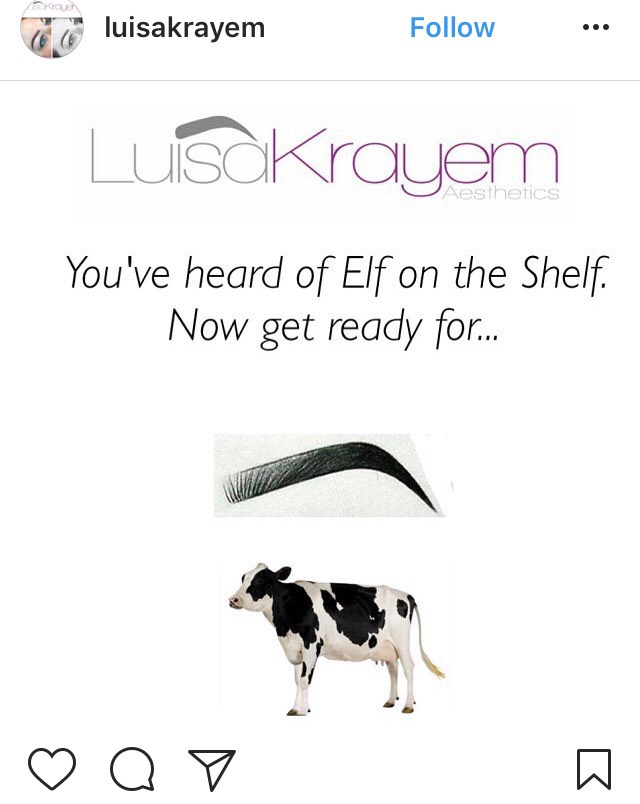 We reckon this one has gone around every beauty salon in Merseyside, and probably the world. Looking fine there Daisy, who did you brows babe? 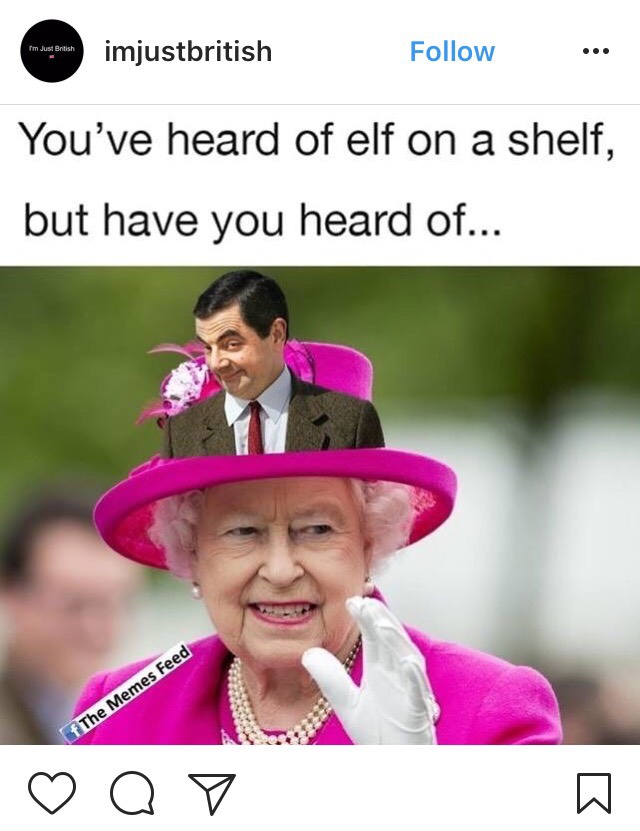 Two legends, one meme. Mr Bean’s smug AF face on top of one of Her Maj’s best hats is a winner in our opinion.

5 – That’s one way to get home from The Rovers 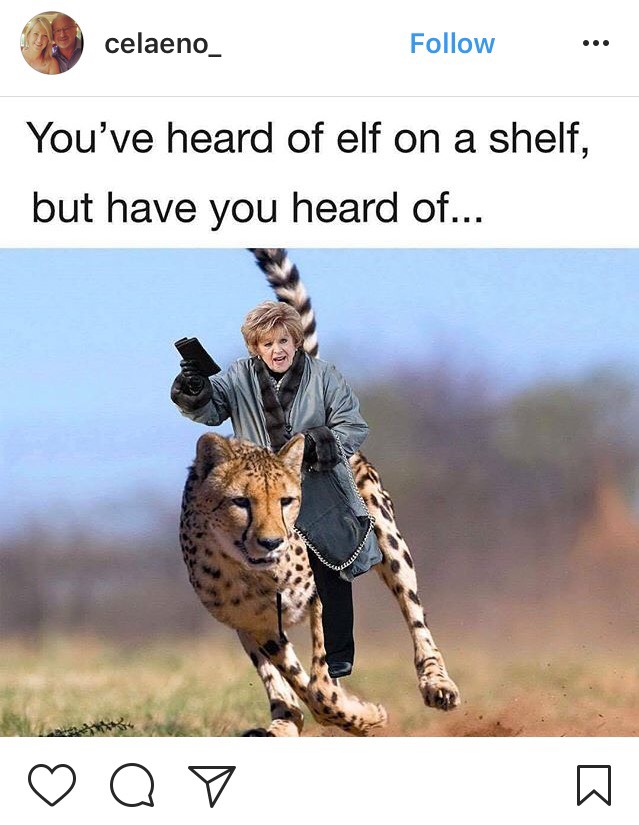 Who reckons it was Rita’s round and she’s legging it down the Corrie cobbles with her purse on this majestic beast? Well played @Celaeno_ you almost won Instagram with this one. 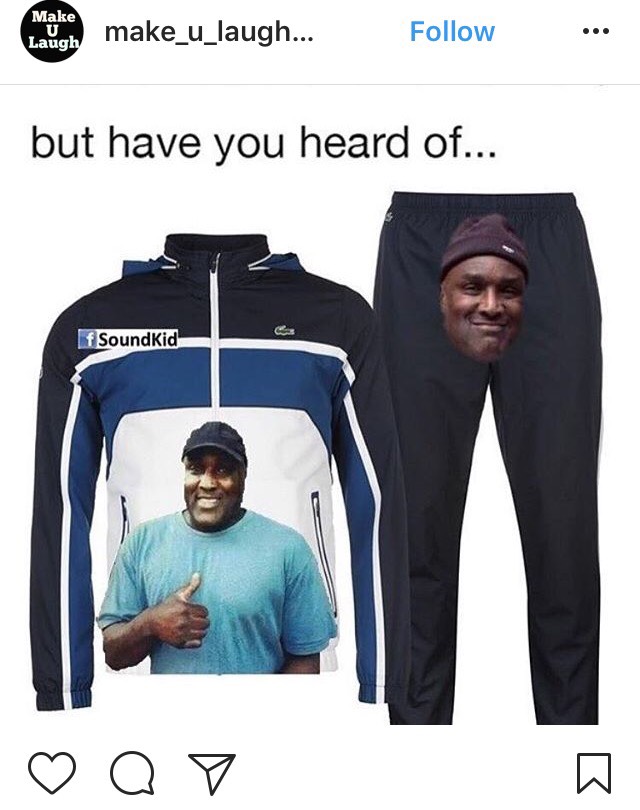 If you’re not scouse, you wont get it. But this, this beats them all. If you’re gonna get a trackie for Christmas, we strongly urge you to get this one….and send us the pics.

We want to see your best Elf on the Shelf creations! Whether its a meme or a traditional Elf on the Shelf stunt or prank, tweet us @TheGuideLpool or email us [email protected] and we’ll share the best on our socials.